15 free, fun things to do in London in summer

I know, I know, how can I be talking about this mystical season of “summer” when we’ve barely managed a week of sunshine so far this year in London?

Rumour has it things are going to get better though. And come rain or shine everyone loves having fun for free, right? Plus, not all these things involve being outside so if the weather does continue to fail us this summer you can still find plenty to do in London that’s both free and fun.

Have I missed out a free London summer activity? Let me know in the comments below. 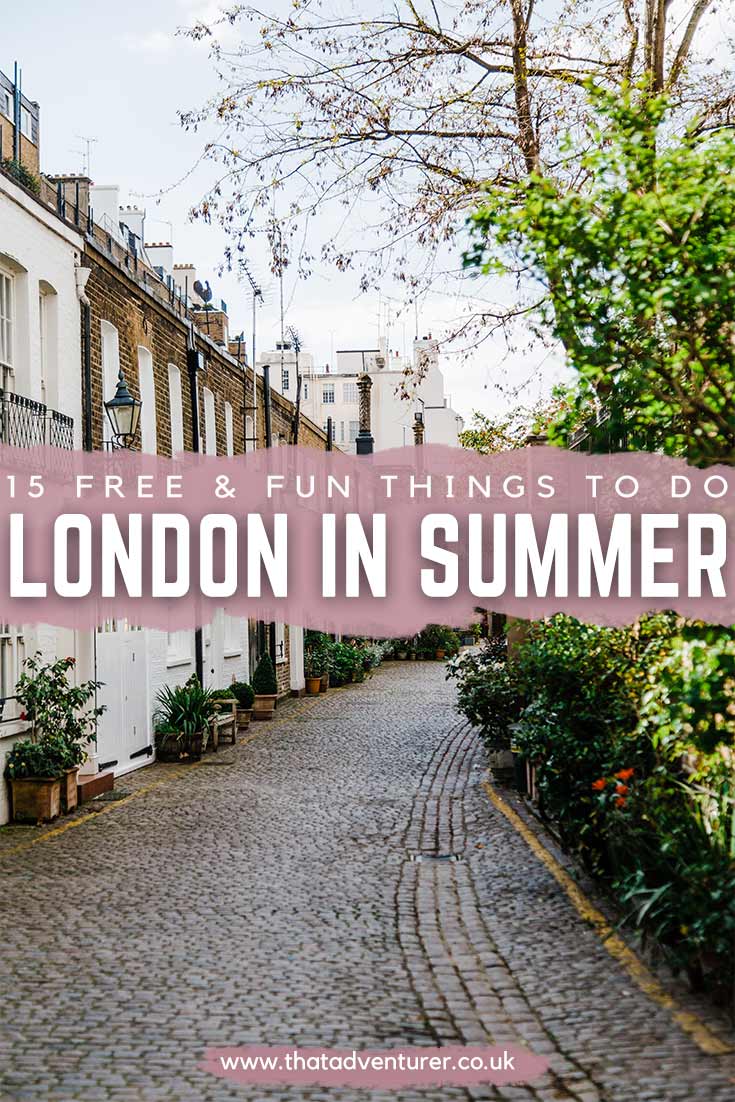 Best free things to do in London in summer

For the past few years, there’s been a giant screen in Vauxhall’s historic Pleasure Gardens right in the heart of Vauxhall. The park is secluded enough to bring you some fantastic cult classics in peace but close enough to the tube (about 2 minutes away) to make it easy for you to get home.

There are usually a couple of great street food stalls on-site as well as a bar but if you’re feeling thrifty then make your own picnic and take it down there with you. Pack a blanket and a couple of jumpers and lay down to watch this year’s films which include: 10 Things I Hate About You and Ferris Bueller’s Day Off.

The best thing is that it’s completely free to watch the film so move over other outdoor cinemas, Vauxhall Summer Screen is where it’s at!

As soon as London gets some sun its central parks are heaving with picnics, BBQs and topless men. Instead of sitting on top of another group whilst trying to catch a tan in London, why not head to one of the lesser-known, but more beautiful parks?

Brockwell Park in Herne Hill near Brixton is a huge park with a paddling pool, pond, tennis courts, lido, BMX track and plenty of space to stretch out and relax. Even when the sun comes out it never feels overcrowded and from the top of the park, you get a fantastic view of the London Eye and the Shard. 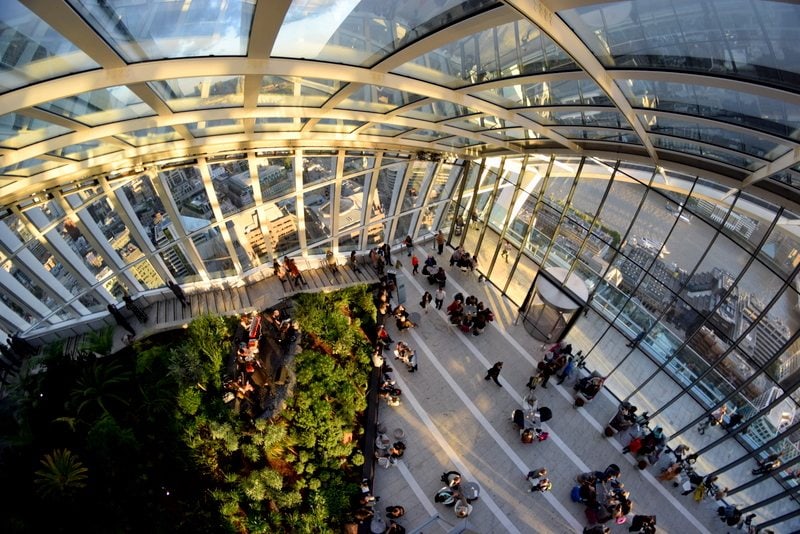 Not enough people realise that one of the best views of London’s skyline is free.

Whilst The Shard costs upwards of £20, The Sky Garden is completely free to visit. It’s best to be organised and book yourself a slot, ideally in time with sunrise, but if you forget then you can queue up and you’ll usually get up to the top after 9-10pm when most people have already left.

If you want to find out more about going to the sky garden see my blog post on the views that made me fall in love with London again.

Do a park run

Keep active this summer by signing up to park run. Park run organise free, weekly, timed 5km runs in parks all over the world and the chances are there’s one in a park near you.

Besides being free, the great thing about Parkrun is that anyone can take part. This isn’t some race where you feel like you have to be great at running to enter.

I’ve recently started going to Park runs at Brockwell Park and whilst there are some speedy runners there are also children, dogs, men with buggies and people of all ages and fitness levels.

Plus, nothing feels better than the smugness of having run 5km by 9.30am on a Saturday morning when your friends are still in bed!

Watch a free comedy in Angel

The Angel comedy club not only plays host to some fantastic comedy acts but it’s also completely free.

If you’ve had a tough beginning to your week at work then make sure to head up to Angel comedy club and cheer yourself up. Over summer you’re likely to have the chance to see many great comedians warming up for their shows at the Edinburgh Fringe Festival!

Doors open at 8 pm and get there early as the shows are extremely popular!

Party it up at Notting Hill Carnival 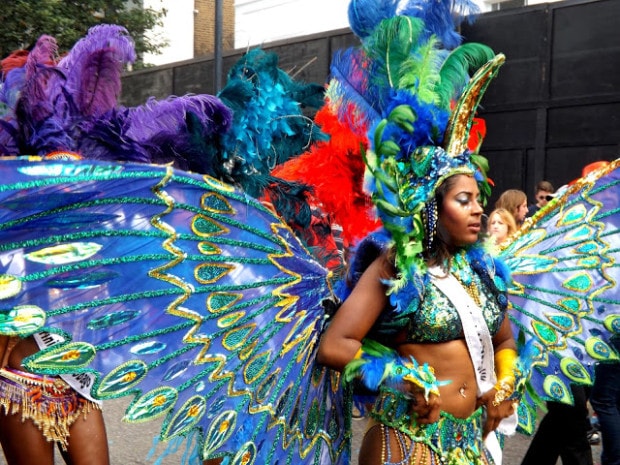 Before I moved to London I went to Notting Hill Carnival and was amazed at the costumes, music and food absolutely everywhere in Notting Hill.

There’s always a bit of bad press surrounding the carnival and sometimes things do get a bit out of hand but it’s still great fun.

If you’re not up for partying the night away then visit Notting Hill Carnival during the afternoon when the parades are in full swing and the stalls are serving up jerk chicken by the bucket load.

Whatever day of the week it is there’s some free entertainment to be had in the north-east corner of Hyde Park. Known as Speakers’ Corner, this area of Hyde Park has existed since late Victorian times and welcomes an assembly of people who tend to cover political or religious subjects.

Anyone can turn up and speak, so long as they stay within the laws of free speech and there’s usually a debate or three going on as you walk by.

With everything that’s already happened this summer in terms of politics alone, I’m sure there’s some very interesting speaking going on at the moment!

Do the Parkland Walk

If you’ve got an urge to escape the city’s smog and smoke then head up towards Finsbury Park and walk the Parkland walk.

The Parkland Walk is a 4.5 mile long, green walkway in London. It follows the path of an old railway line that used to run between Finsbury Park and Alexandra Palace, through Stroud Green, Crouch End, Highgate and Muswell Hill. Back in 1990, the walk was declared a nature reserve and it remains the longest nature reserve in London. Where else can you walk for as long without leaving London?

On a similar line to the Parkland Walk, visiting one of London’s city farms is another way to forget you live in one of the world’s busiest places.

Believe it or not, there are many farms in London with one of the most popular being Spitalfields City Farm.

Spitalfields farm is completely free to enter and you can stroll around whilst making friends with the sheep, pigs, hens and other animals on the farm. 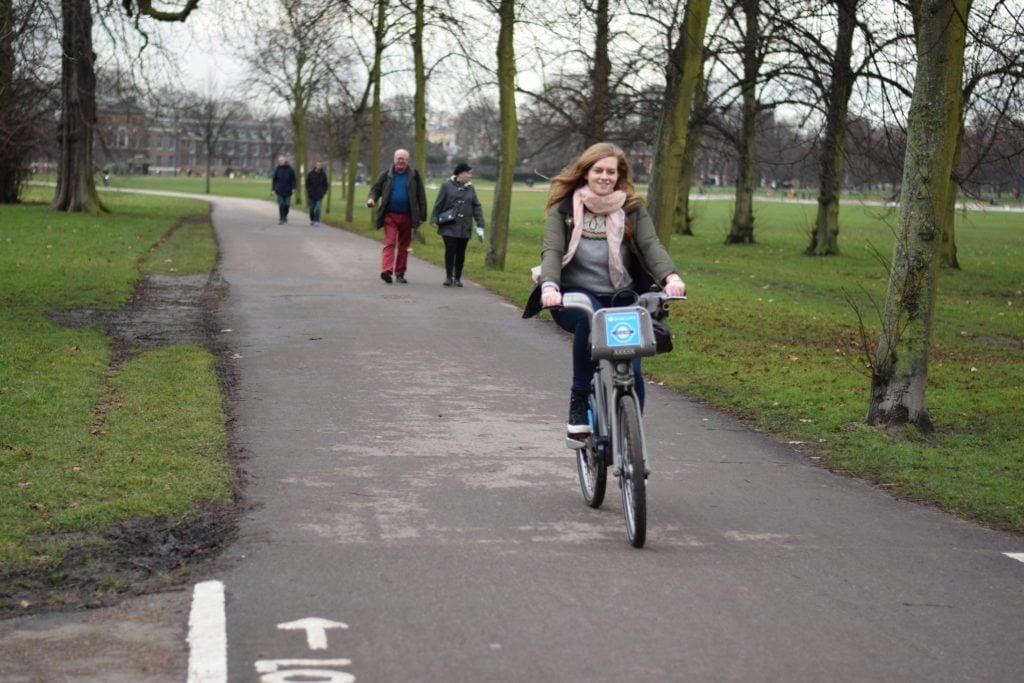 If you’re clever you don’t have to own, or pay for, a bicycle in London in order to go for a bike ride.

Boris Bikes, the free bikes dotted around London, is free for the first half-hour you use them which means you can cycle around a fair bit of Hyde Park and the Serpentine for free. If you want to carry on cycling just dock your bike up at one of the docking stations and take it out again for another half hour! The perfect way to have fun and get fit this summer in London for free!

Get cultural at one of London’s many free museums

London has an abundance of free museums and there are some fantastic exhibitions on for free across the city this summer.

Pop into the newly renovated Tate Modern and marvel at the architecture as well as the art, or head to late-night opening at the London History Museum where you can enjoy a glass of wine and the lack of school kids. 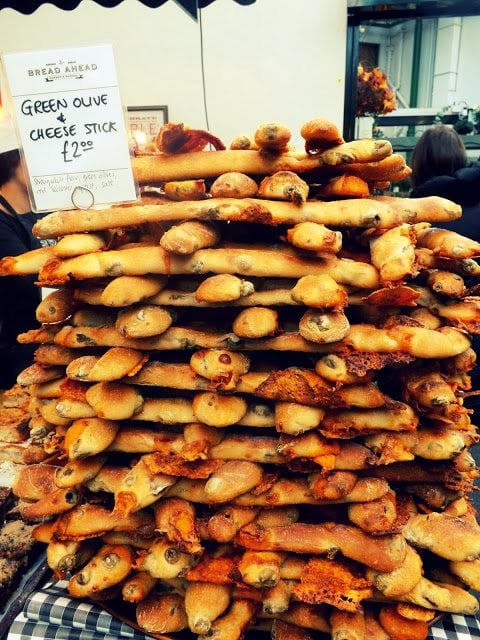 You’re spoilt for choice in London when it comes to markets and, whilst I can’t promise you won’t be tempted to splash the cash on some of the produce, they are completely free to wander around!

My favourites are Borough Market, Maltby Street Market, Columbia Road Flower Market and New Covent Garden Market in Battersea (you have to get up super early for that one though!).

If you’ve still got a pair of roller skates or know a friend who does, strap them on and get ready to skate across London one evening this summer. London Friday Night Skate always meet up by the Achilles Statue in Hyde Park and offer two sessions for those looking for a different way to spend their evening.

The Friday night skate is for those who are pretty confident, whereas the Sunday stroll is for those looking to take things a little easier.

Whichever night you go for you’ll have a great time!

Head up to Big Ben

A little known fact first for you… Big Ben isn’t the name of the tower we know and love. The tower is actually called the Elizabeth Tower and ‘Big Ben’ refers to the bell that chimes on the hour.

If you want to get to know Ben a little better then climb up the 334 stairs of the tower and take in the views and the intricate insides of the clock face.

Tours take place at 9 am, 11 am and 2 pm Monday to Friday and are free. The only catch is that you have to be sponsored by an MP. Check out how to do that here. 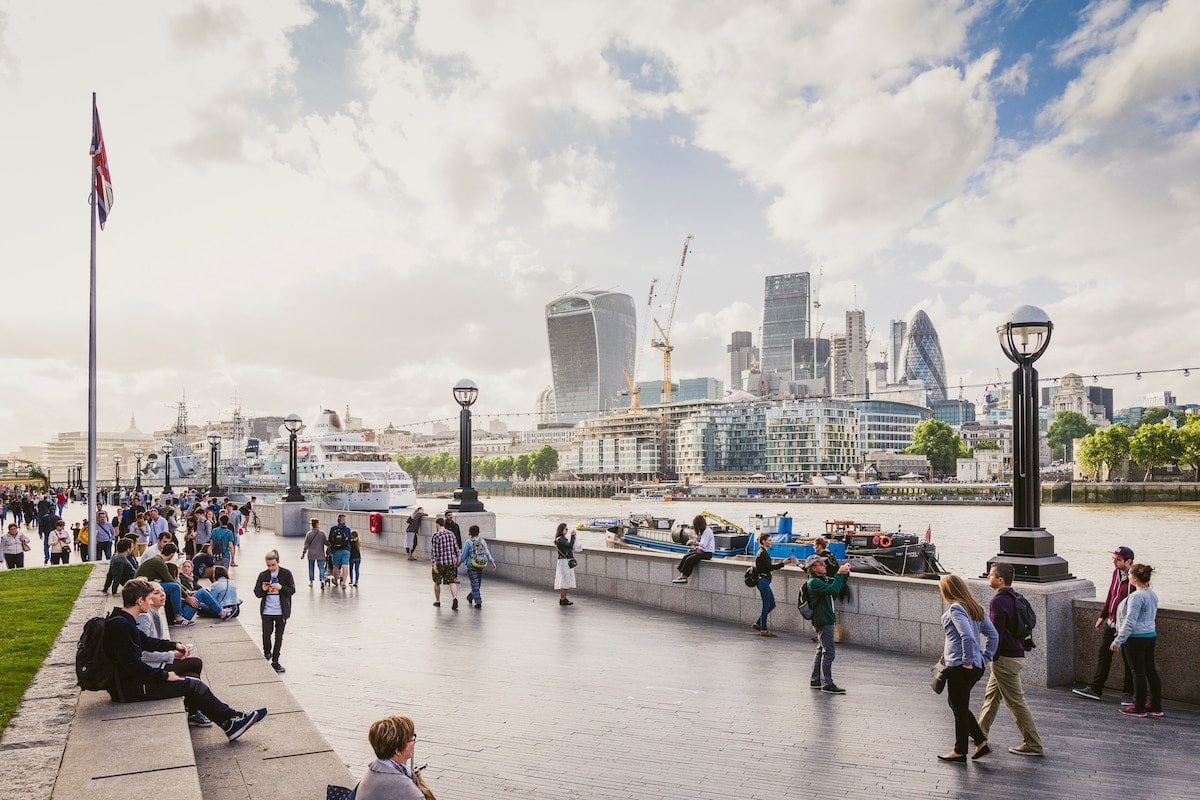 One of my favourite things to do in London of all time is a walk along London’s South Bank on a nice summer evening.

You get the best views of St Paul’s, The London Eye, Tower Bridge, The Royal Festival Hall, Tate Modern and the Oxo Tower to name but a few!

Crossing the bridges across the Thames also makes me feel like Bridget Jones – you know the scene!

During summer there’s usually a load of street market stalls set up with deliciously tempting food and drink and Udderbelly set up and put on some great shows to make you giggle.

Just one walk along the South Bank and you’ll remember why you love London. 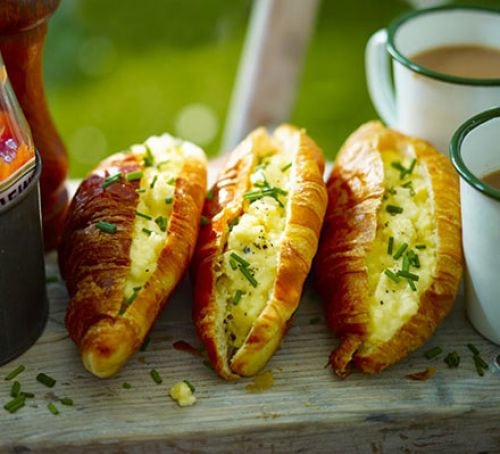 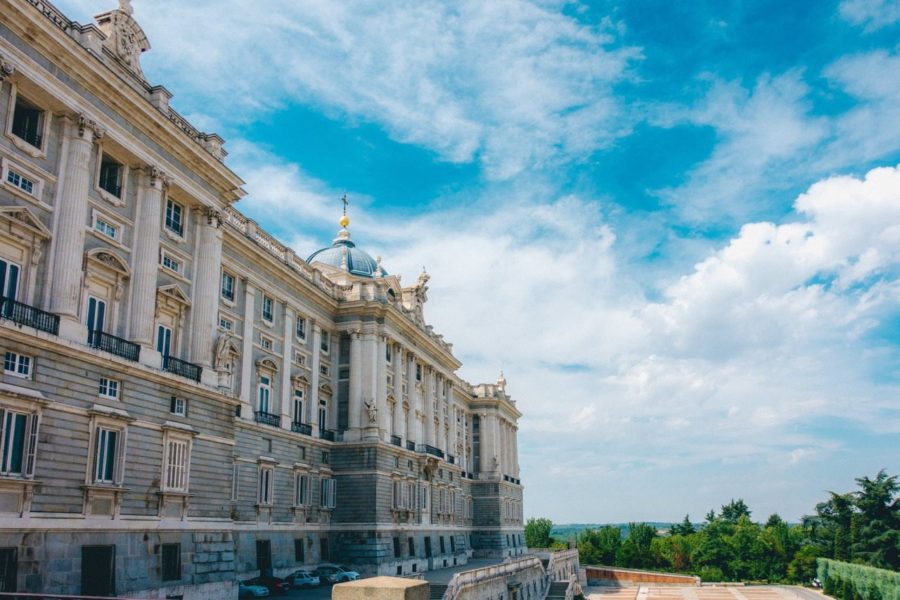