My weekend in Snowdonia was full of pretty scenery, akin to that in the Scottish Highlands (although thankfully a little bit warmer!).

We had a car with us for the weekend which made getting around so much easier. The villages do have bus routes between them but it’s nice to have a car and go wherever and whenever you please. We spent the weekend popping from village to village, getting out of the car for photos and walks up accessible looking mountains. If you’re off to Snowdonia here’s a few places that are worth seeing. 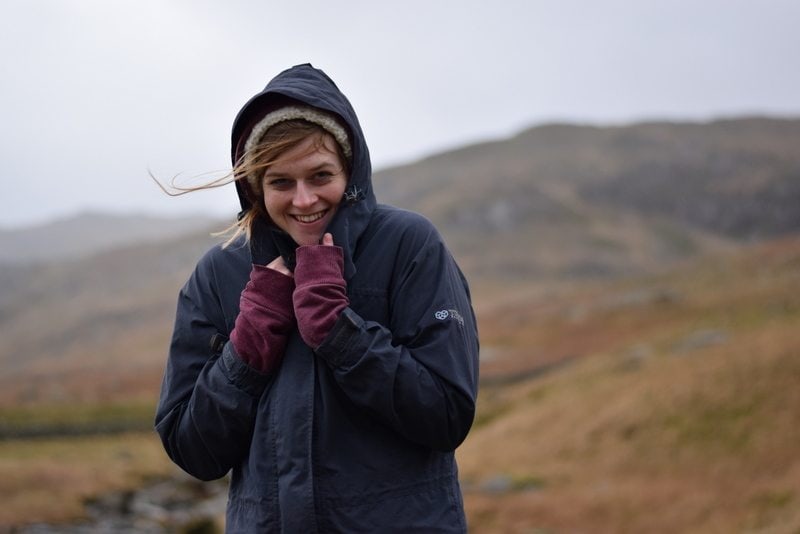 We’d stayed in Coventry the night before and stopped in the small village of Dolgellau on the way to our home for the next few nights. Having spotted signs for a waterfall we made our way up the narrow, windy road with beautiful mountain vistas, and arrived at a dead end and Pistyll Rhaeadr.

I only expected a tiny trickling waterfall but Pistyll Rhaeadr is huge. The tallest part of the mountain is estimated to reach 40m high and if you stand close you’ll definitely get some water sprayed on to you!

If you visit in the winter you can get away with parking a little further down the lane. This way you avoid the parking charges in the main car park.

There’s a B&B right next to the falls that serves up traditional pub fare. It also has a fire to get you warm again when you come in from the outdoors. Definitely worth a stop to break up the journey if you’re travelling further into Wales.

Betws-y-Coed and the Swallow Falls 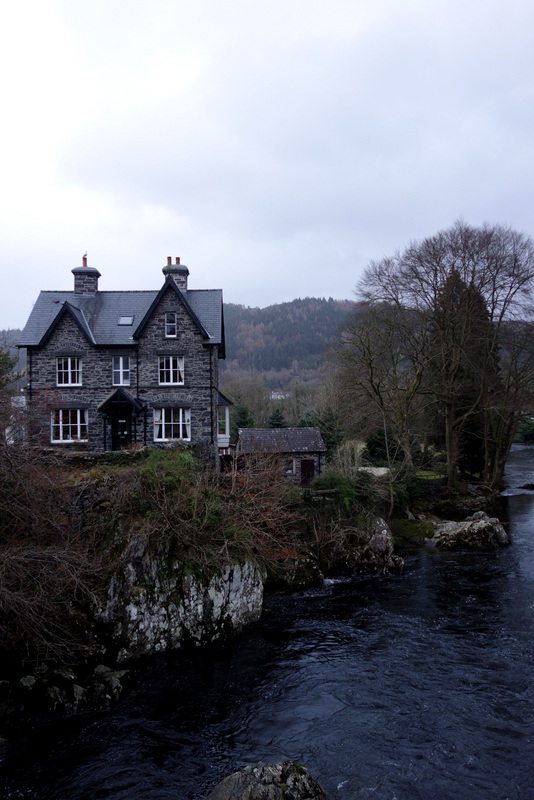 Betws-y-Coed was probably the biggest village we stopped off in over the course of our weekend. But that doesn’t mean it’s big by any means! Betws-y-Coed is the perfect place to stop if you’re in need of some hiking gear. Most of the shops in the village catered to such needs.

The Swallow Falls are smaller than the ones near Dolgellau but are still impressive. They tumble down over crags and under a bridge in the centre of the village. 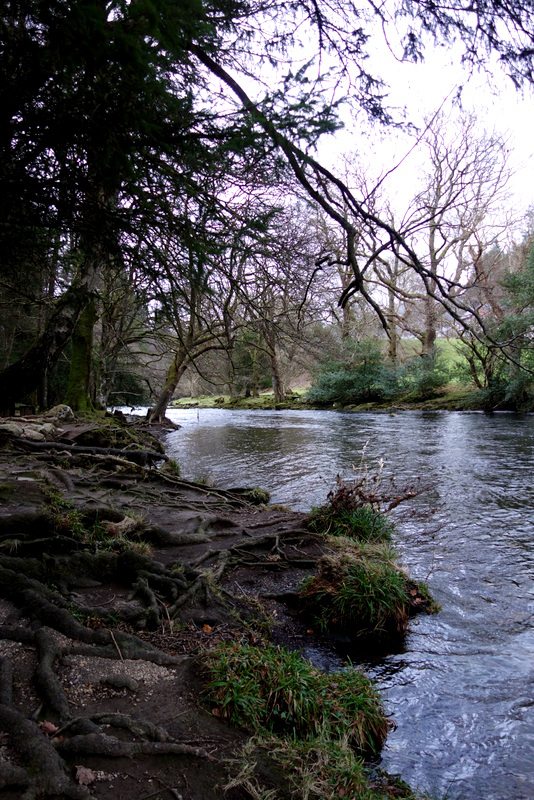 We took a walk along the river away from the falls and skipped in and out of the puddles. The walk goes from being in open fields, to forests, crossing streams and spotting ducks and squirrels go about their day.

For lunch or dinner you’re not short of options. If it’s a cold day fish and chips will always go down well!

Portmadog is referred to as the gateway of Snowdonia and is home to the Ffestiniog railway (a 13 1/2 miles long railway that will transport you through mountains and forests. It was once an important port used for shipping of slate from nearby mines. Since then it has become a shopping hub for residents and tourists alike. Take a wander around the port and shop the independent craft shops in the town.

Have you ever been to a beach you’re allowed to take your car onto? No? Well you should get yourself down to Blackrock Sands near Portmadog. The long sandy beach is one of few beaches in the UK you can legally take your car right on to. Feel free to drive up and down the sands in your car then take a walk in the dunes. If it’s too chilly for a picnic on the sand at least you can sit in your car and watch the waves with the heating on!

Whilst driving from place to place we saw many beautiful sights, we also saw a lot of grey. Snowdonia’s history is bound closely with its composition of rocks and minerals.

During Britain’s industrial revolution there was a huge amount of mining in the area and this transformed the scenery and also saw the creation of several villages and towns that still stand today.

Whilst it can mean things look a little depressing (even more so when the sky is grey too!) there’s still beauty to be found in a 50 shades of grey landscape.

Antur Stiniog run mountain biking trips (how’s that for outdoor adventure?) and it’s worth a trip up to the start of their courses just for views like this: 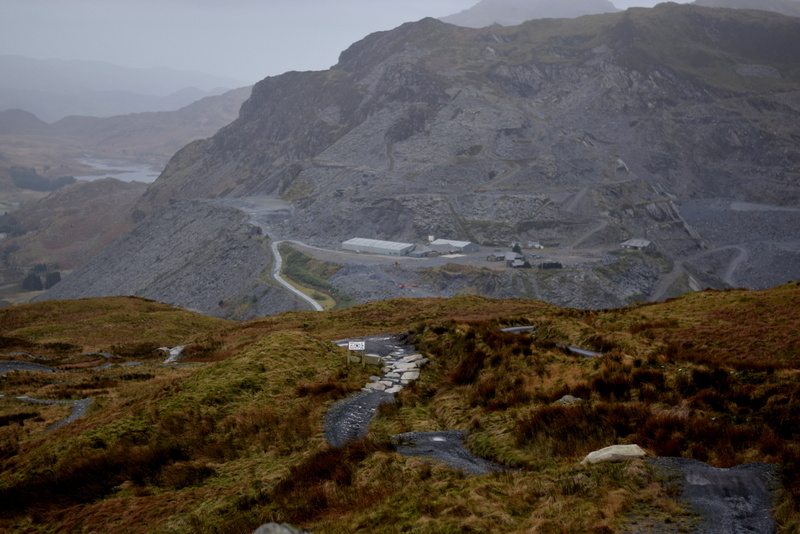 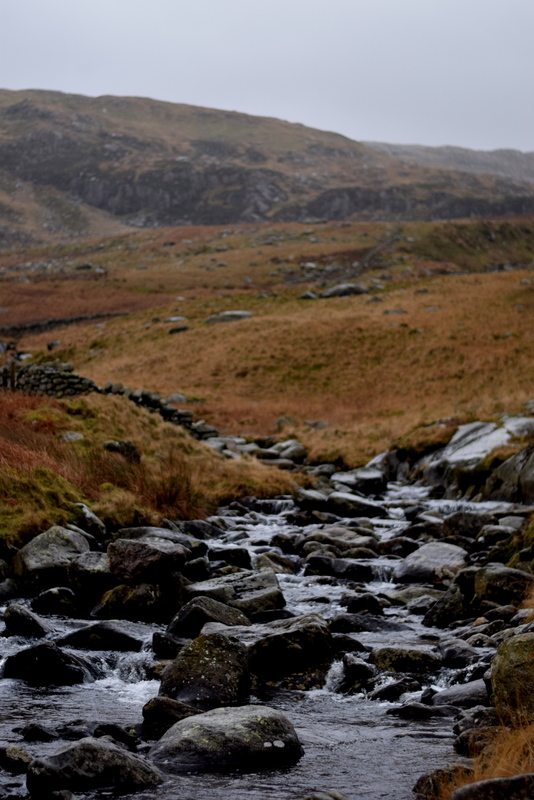 Have you been to Snowdonia before? Or have any other places in Wales I should see?

Hahaha - "the villages have bus routes through them" thats great if you can wait 2 hours for each bus ;) A car is essential in Snowdonia! Loving the places you visited, I live on the coast near Dolgellau but I've never heard of Pistyll Rhaedr let alone been to it, that will definitely have to be investigated! Glad you enjoyed yourself in our beautiful little bit of the world xx

I live in North Wales, not far from the places you visited. You definitely went to some of the best :-) It looks like you had a lovely time! Sarah x