Just because you’re at home, doesn’t mean you can’t still see mind-blowing nature and learn about the history and art of other cultures. Wondering how? Well, thanks to the internet, there’s a whole host of virtual museum tours and online tours of National Parks available to us too. So, if you’ve worked your way through these things to do when you can’t travel or read these adventure travel books, then here’s the next thing to try! The best part is, all you need for these online tours is a computer – no VR headset required. 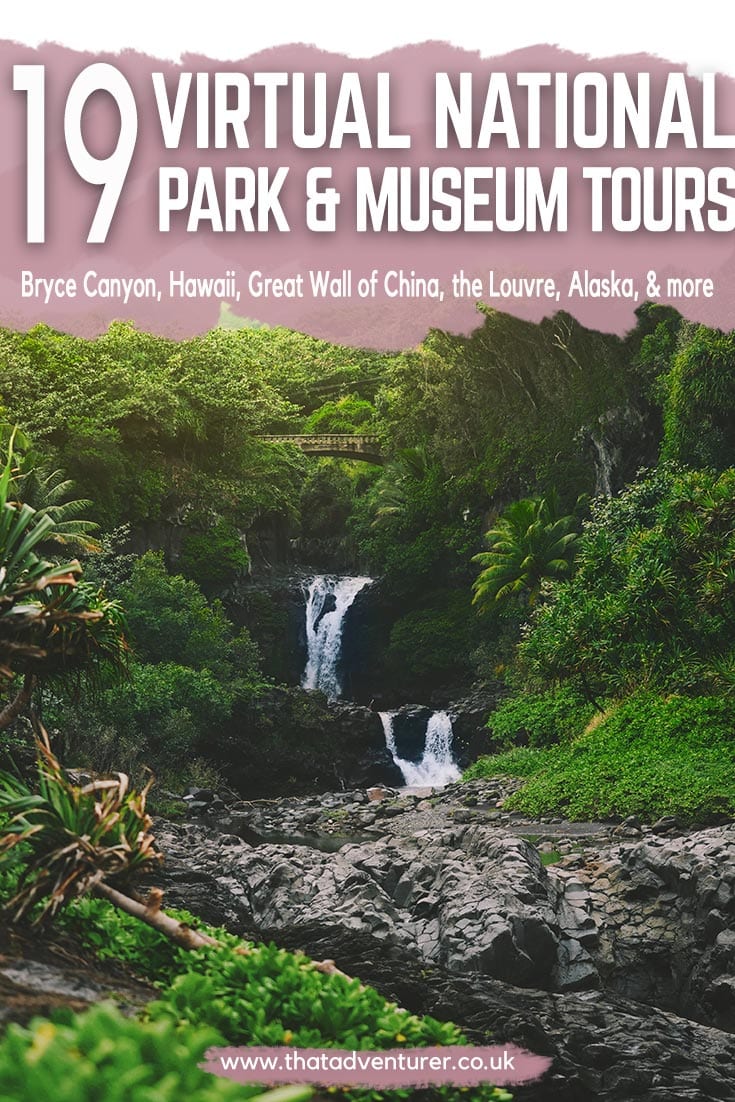 While this thing started with people still being encouraged to go outside, this has resulted in National Parks and trails being closed due to too many people going.

And, if you’re looking for even more National Park inspiration, check out my posts on America from our 3-month road trip of the USA! OR, watch the National Parks Adventure film on Netflix!

Bryce Canyon National Park is a thing of beauty. The red and orange hoodoo rock formations as seen from Sunset Point can now be seen from your living room thanks to this virtual tour. You can view both the daytime view and the night sky too which is absolutely incredible!

This National Park virtual tour of Kenai Fjords in Alaska takes you amongst the glaciers, fjords, and icebergs of the Alaskan wilderness. You’ll learn how a glacier melts, climb into a glacier and kayak through ginormous icebergs. The tour begins with a peek into Exit Glacier, one of the only accessible glaciers by road within the national park.

One of the most popular national parks in Hawaii is easy to experience online. This virtual tour of Hawai’i Volcanoes National Park gets you exploring the Nahuku Lava Tube; a cave formed by flowing lava. You can also view the scenery from one of the volcanic coastal cliffs and see the effects of the 1959 eruption. It’s pretty cool!

If you want to see more of Hawaii, check out this 360 degree virtual tour on Google Earth. 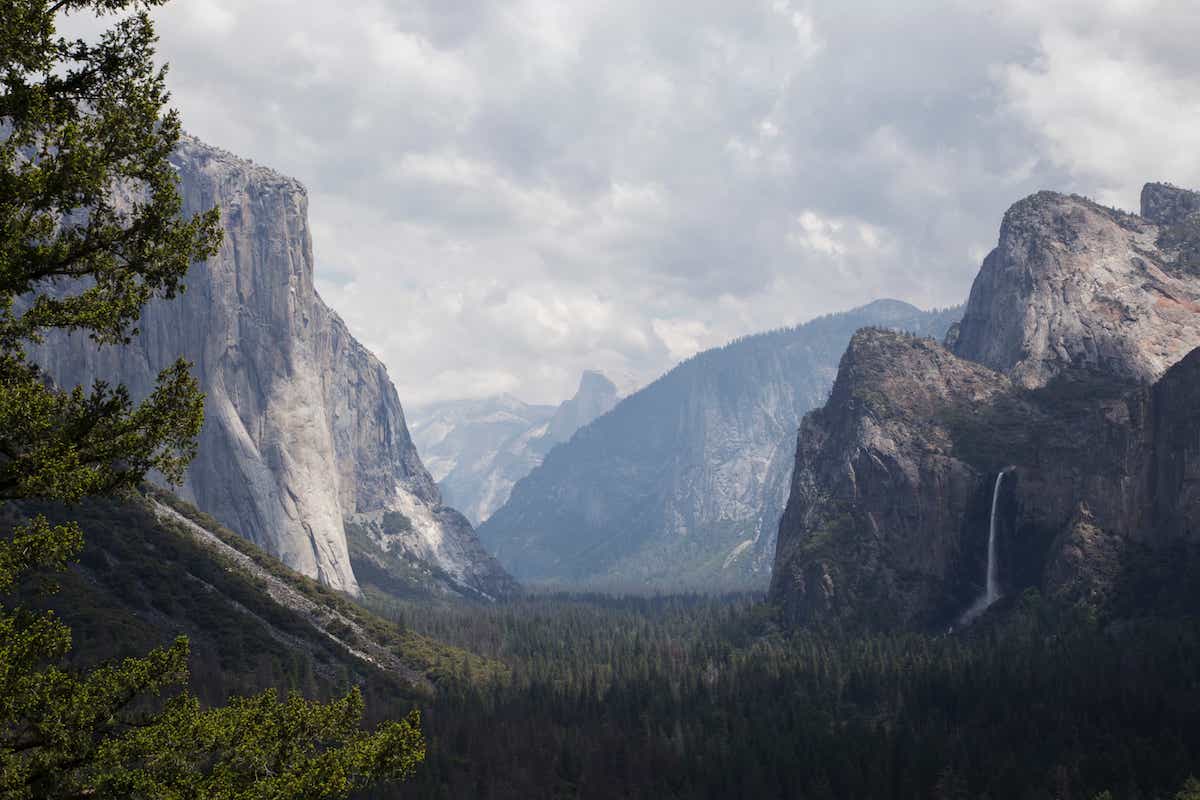 As one of the most popular national parks, it’s no wonder Yosemite National Park has been closed down to visitors at the moment. However, you can take an online tour of Yosemite National Park! This virtual tour of Yosemite is complete with sound effects like waterfalls, weather and, yes, crowds, that’ll really make you feel like you’re there! The 360-degree photos are absolutely beautiful and you can even see the views from the top of Half Dome or the Yosemite Falls summit without having to hike it! Each viewpoint on the virtual tour has information about what you’re seeing.

Dry Tortugas National Park is 70 miles off the coast of Key West in Florida and it’s pretty hard (and expensive) to get to. Luckily, this online tour of Dry Tortugas lets you see what it’s like without having to leave your home. On this virtual tour, you can visit Fort Jefferson, explore the 3rd-largest coral reef in the world and dive among a shipwreck from 1907!

In the Chihuahuan Desert of southern New Mexico, is Carlsbad Caverns National Park. So-called as it’s home to over 100 caves, this National Park virtual tour allows you to walk through the fascinating caverns, see the bats and imagine what it’s like to be a bat living in these caves! this popular park has over 100 caves.

Explore a museum from the comfort of your own home with these virtual museum tours. The best part? You won’t get tired feet from standing up and walking around these museums! I’ve picked out some of my favourites, but there are over 2,500 museums with online exhibits.

The Museum of Modern Art (MoMA) in New York, is one of New York’s top attractions and you can tour one of the exhibits online through Google Arts and Culture. The current online art gallery available to view is about the artist Sophie Taquber-Arp who was considered to be one key to many of the most important avant-garden movements of the 20th Century.

Amsterdam isn’t short of museums and art galleries and now you can take an online art gallery tour of the Van Gogh Museum. The permanent collection includes over 200 paintings by Vincent van Gogh, 500 drawings and more than 750 letters.

Online, you can learn about Vincent Van Gogh’s love life or more about the books he’s believed to have read.

This online virtual museum tour of the Rijksmuseum is one of the best. There are lots of different paintings you can learn about in more detail. 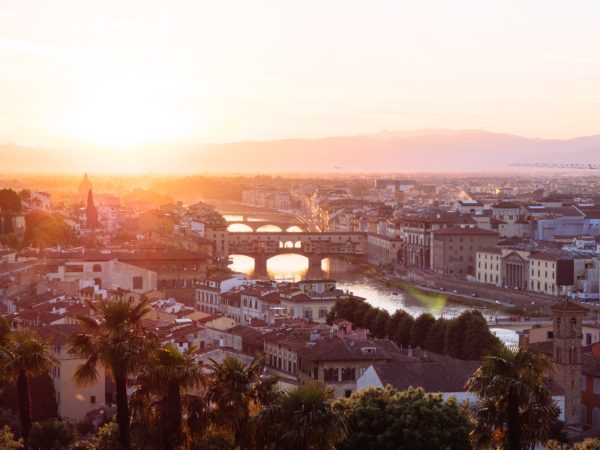 The beautiful city of Florence in Italy is having a tough time at the moment. While it recovers you can pretend you’re there by visiting the Uffizi Museum online, one of the most popular things to do in Florence.

The online exhibits for the London National Gallery focus heavily on Monet. As an artist that many people are familiar with, this free online tour is a great way to view more of his paintings.

This is one of my favourite museums in Paris and it’s home to a beautiful room of Monet’s waterlilies. You can view this room from your couch thanks to a 360-degree video. 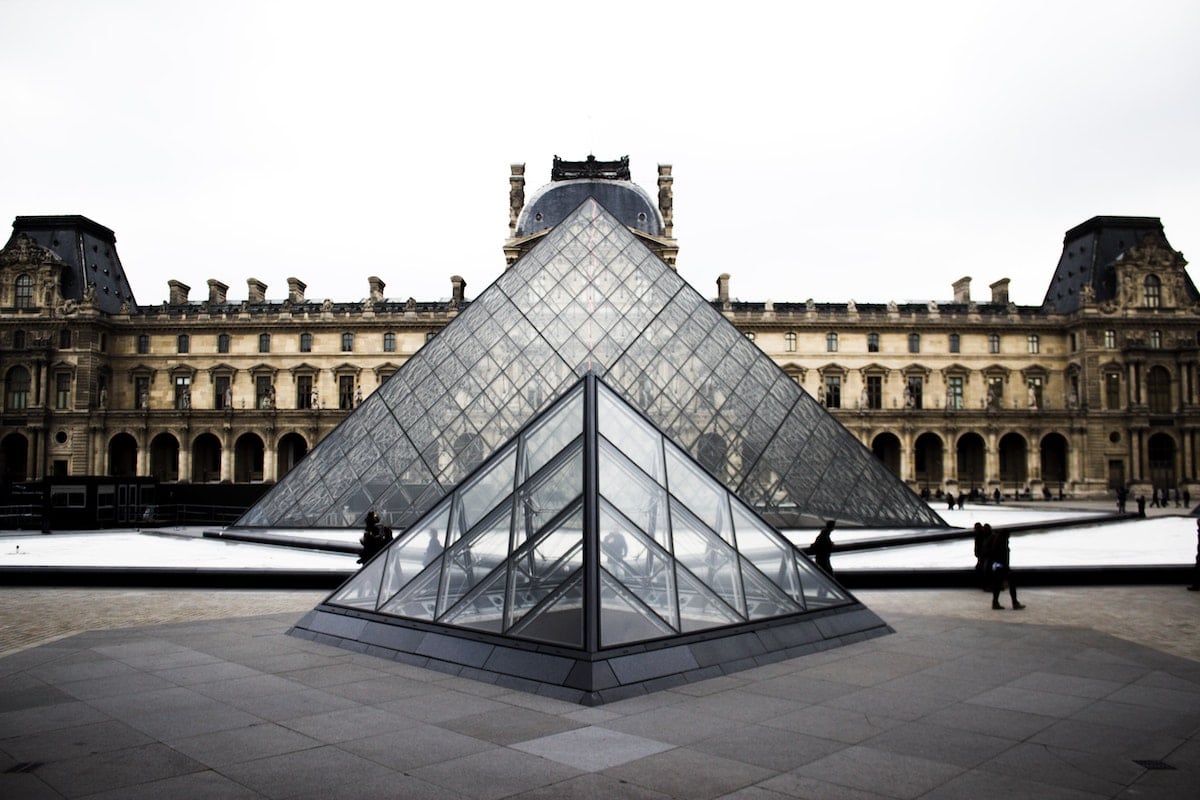 The famous Louvre museum in Paris is absolutely huuuge and it could take days to visit all the exhibits there. Start with their online museum tour which includes Egyptian Antiques and learning about Le Louvre’s moat.

Unlike the name suggests, The British Museum is full of historical artefacts from around the world.  Over 6 million visitors every year experience the collection, including world-famous objects such as the Rosetta Stone, the Parthenon sculptures, and Egyptian mummies.

The Google virtual tour includes online museum exhibits on the Ancient Egyptians, the Yucatan in Mexico and the Battle of Hastings in 1066.

If there’s one thing I miss about London, it’s all the free museums. The Science Museum is one of the best and now you can take an online tour of London’s Science Museum. The online exhibits include astronomy, super bugs and computers. 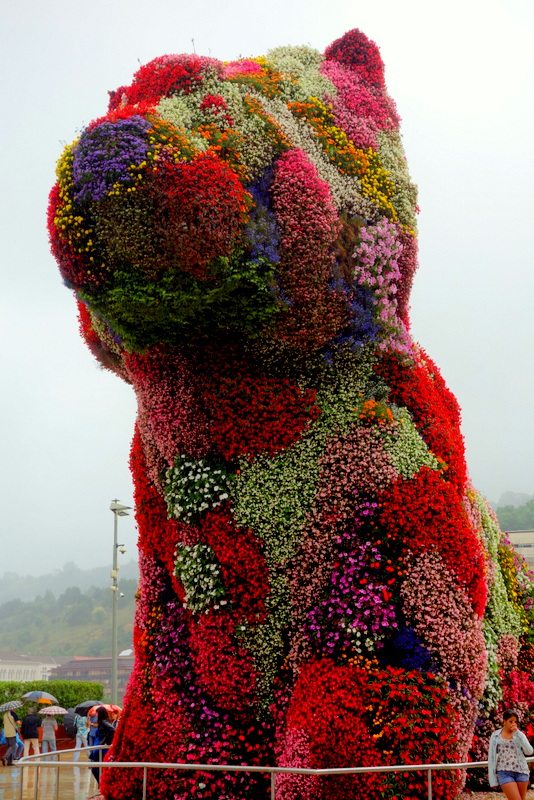 The Guggenheim in Bilbao is one of my favourite museums to visit. You can get a taster of what they offer through this online art gallery tour to whet your appetite before it’s safe to go visit again.

It doesn’t stop with online museum tours and National Parks, there are aquariums, zoos, street art tours and more that you can now visit online! 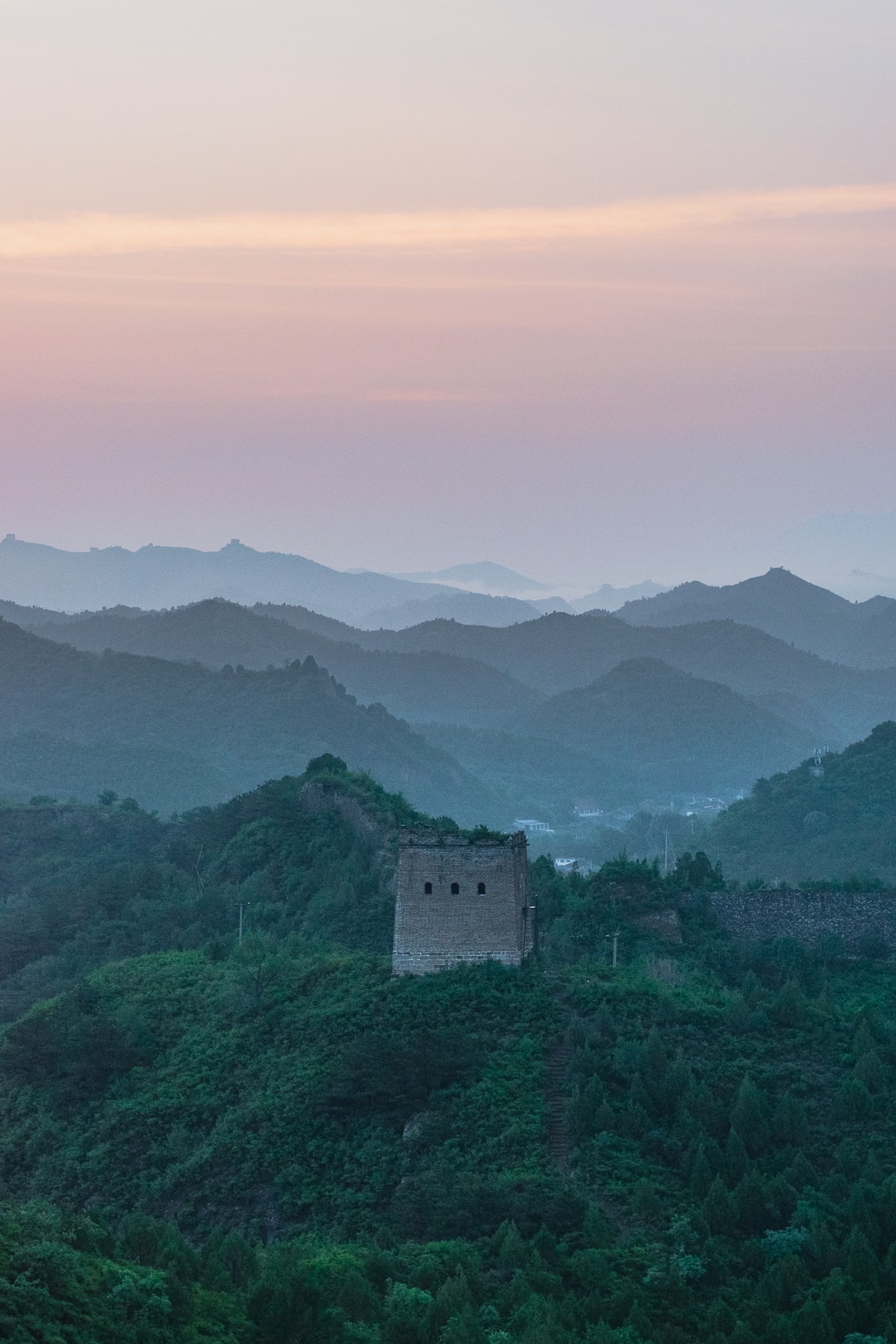 Ever dreamed of hiking on The Great Wall of China? Thom and I managed to hike a small section last summer and it blew us away. Trust me when I say this online tour really captures the wall in all its beauty. Walk the wall at sunrise and through the snow (without hoards of people) on this brilliant virtual tour of The Great Wall of China.

If you want to read more about how to hike the Great Wall of China, I’ve plenty of info!

Virtual tours under the sea (or tank!)

Several aquariums have live cams or recordings of their exhibits. The Vancouver Aquarium has live cams of jellyfish, the sea otters and the penguins. I’ve definitely been watching some of these a lot recently.

The New England Aquarium has videos which will make you feel like you’re scuba diving in one of their main exhibits or joining in with penguin feeding!

Winnipeg zoo is allowing you to watch the polar bears, and other animals only from the comfort of your own home. The zoo has put together a programme which you can tune into to watch the animals and learn more about them. This happens every Monday, Wednesday, and Friday at 1 p.m and can be watched on their Facebook page.  The polar bears go live on April 3rd!

Stream the northern lights from your living room!

Ever wanted to see the northern lights? Me too! Now you can do it from your living room so you don’t need to travel and stand in the freezing cold in the hopes of seeing them! This northern lights webcam in Churchill, Manitoba streams the northern lights and has older footage so you can still see them in case they’re not currently on show.

Before all this hit, I had no idea that online graffiti tours were a thing. I love exploring street art whether that’s in Toronto, Sao Paulo or at home in Vancouver. These virtual walking tours capture street art from all around the world from Buenos Aires in Argentina to The Wall Project in Berlin. Some include audio, others are words and pictures but they’re super interesting.

An amazing work you have put out for us travelers. thank you for the details