Animals on the Galapagos Islands that we saw!

The Galapagos Islands off the coast of Ecuador are pretty mystical. In total there are 18 main islands, 3 smaller islands, and 107 rocks and islets. They’re famed for their abundant wildlife with species you won’t see anywhere else in the wild. For most visitors to the Galapagos wildlife is the reason for making the journey. Here’s a few snapshots of what you’re likely to see based on the animals on the Galapagos Islands that we saw!

The Galapagos Penguin is the only penguin species found south of the Equator. That’s pretty special! These were one of my favourite animals on the Galapagos Islands.

A whopping 90% of the world’s Galapagos penguins live on the western islands of Fernandina and Isabela. However, they can also be seen on Santiago, Bartolome, northern Santa Cruz, and Floreana.

The tortoises are the most famous animals on the Galapagos Islands. In fact, the very word ‘Galapagos’ derives from an old Spanish word for tortoises! They’re considered endangered and are believed to have arrived in the Galapagos 2-3 million years ago.

The Galapagos giant tortoise spends an average of 16 hours per day resting (lazy!). When they’re not sleeping they’re eating grasses, fruits and cactus pads. They like bathing in water, but can survive for up to a year without water or food which is pretty amazing!

Pretty much everywhere! You’ll see them all over Santa Cruz, especially on the highlands. You’ll also find a lot by the Alcedo Volcano on Isabela. There’s also a tortoise breeding centre on Isabela that’s free to visit and definitely worth it.

The marine iguana is the only lizard in the world which can live and forage in the sea. There are 6 sub-species of Marine Iguanas and the largest are from Isabela and Fernandina.  Most of the time adult Marine Iguanas are black but they change colour during mating season so you may see some that are green or red.

Where to find them on the Galapagos Islands

All over! Especially near the coast on Santa Cruz and Isabela. Fernandina, Española and Floreana.

Land Iguanas are also endemic to the Galapagos Islands. Their skin is typically yellow with white, black and brown blotches. Despite their rather intimidating appearance they’re herbivores and munch on prickly pear leaves and fruit.

On the Galapagos they’re usually sat in a sunny spot catching some sunshine to keep them warm!

Where to find them?

Land Iguanas can be seen everywhere, all year round on the islands of Fernandina, Isabela, Santa Cruz, South Plaza, Baltra and Seymour.

There’s so much to see under the sea too! The Galapagos is home to Scalloped Hammer Head sharks, the Galapagos sharks, Whale Sharks, Galapagos Green turtles, Sunfish and Blacktip sharks.

You can see some of these just by snorkelling but for the bigger mammals you’ll have to try some scuba diving!

Love birds? You’ll love the Galapagos Islands. My favourites were the blue footed booby because of their name and cute blue feet!

These adorable animals can be found sleeping all over the Galapagos Islands. If you go snorkelling they’ll probably come closer to play with you under the water.

A cool name and a beautiful colour, the Sally Lightfoot Crab can be seen all over the Galapagos Islands. They’re pretty easy to spot thanks to the orange shell! 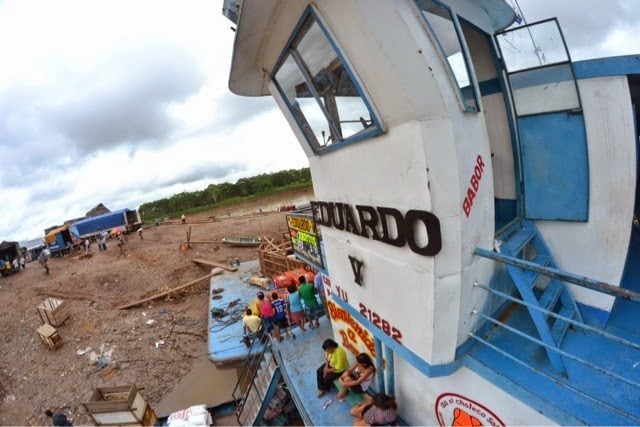