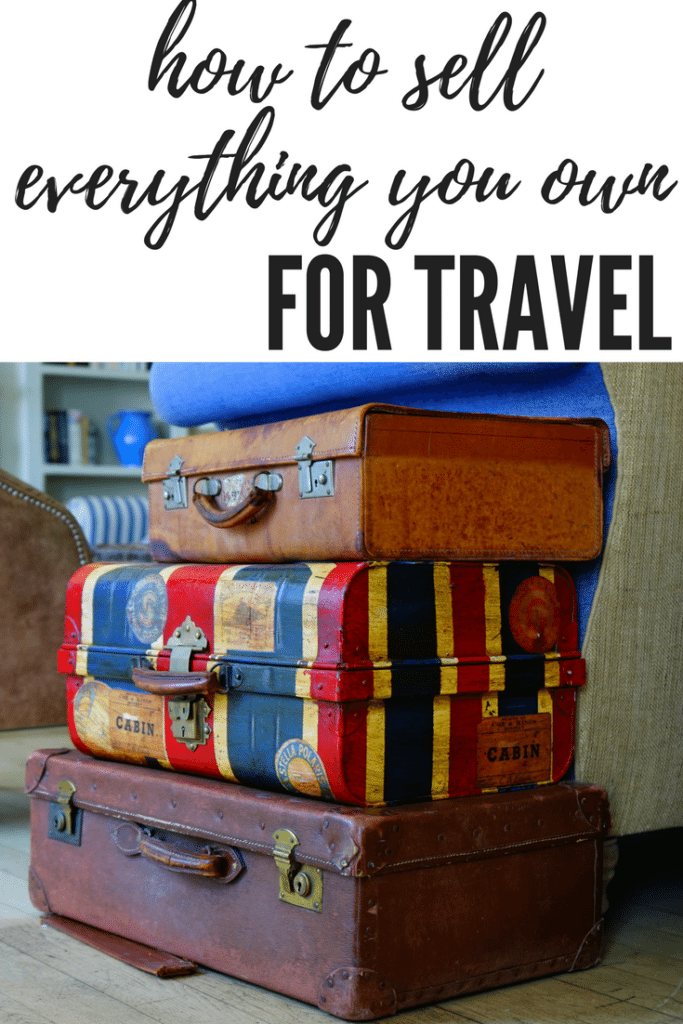 Guys. I can’t quite believe that we’re now in Canada. AND that we’ll be living here for the next 2 years (unless we hate it…). It’s not like I’ve been waiting for this for a year or anything… (oh, wait).

Anyway, given that we’ve upped sticks and moved across the Atlantic, we had to sort out our flat and sell everything we own for our travels. Well, almost everything. We still own some stuff (like clothes and cameras) and we didn’t sell everything, we also donated and recycled a lot too.

Over the past few weeks we’ve learnt a lot about how to sell everything you own. Namely that a) we have a lot of stuff we didn’t even know we had (why we were holding on to several broken laptops I’ll never know), b) some sites are a lot better for selling on than others and c) people go crazy for IKEA furniture on Gumtree.

Knowing where to begin when faced with overflowing wardrobes and cupboards can be pretty daunting. We definitely spent several weeks putting off tackling our wardrobe and cupboards. But, once we’d started it was surprising just how much money we could make off things we’ve not used in years and selling everything we own has proved useful whilst saving for our travels in Canada and the US.

If you’re in a similar position, or just want to free up a bit of space in your house, then read on! I’ll be covering the following in this (hopefully) useful post on how to sell everything you own for travel.

There are literally 100s of different websites and apps out there that’ll help you sell your belongings old and new. Some will charge you a small fee to upload items or perhaps take a small commission, whereas others are completely free to us. 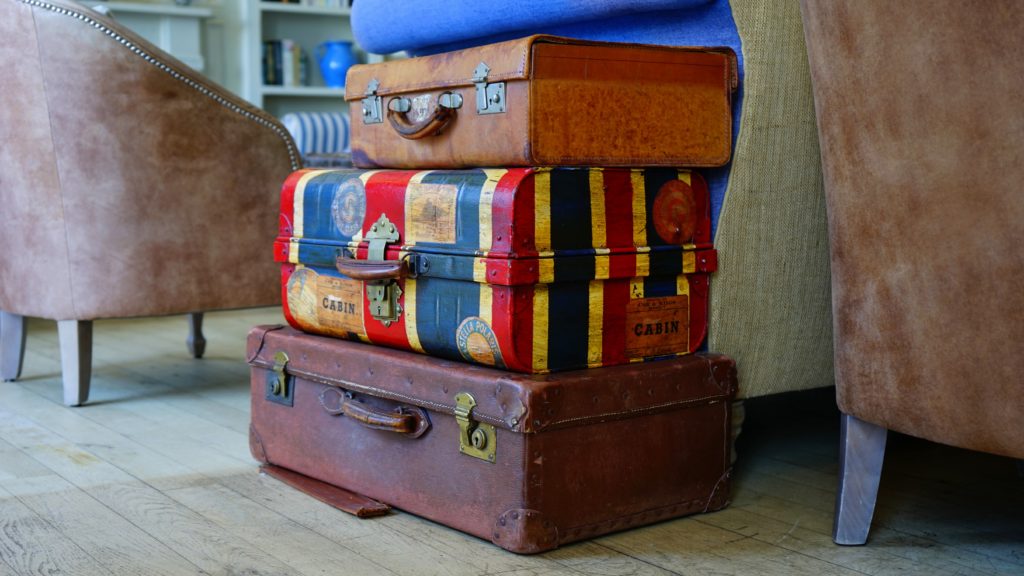 Selling everything you own on paid sites

Let’s get started with the paid ones. These include sites like eBay and Amazon, both of which allow users to upload all types of items to their site. Both websites take a small commission for every item you sell which means you won’t end up with the full amount you’ve sold the item for.

eBay charge 10% of the total price (including postage and packaging) that you sold an item for. You’ll also have to pay PayPal fees which are taken when the money is transferred to your PayPal account by the buyer. With Amazon you’ll be charge £0.75 per item if you’re on the basic seller package. This package allows you to sell a maximum of 35 items per month which should be enough for most people.

The other thing to bear in mind with eBay is that if you’re setting up a new account there will be a limit on how many items you can sell, or how much money you can make through selling, per month. You can increase this by linking a verified PayPal account to your eBay account and by getting good feedback. After just one month of selling items my allowance was tripled so it doesn’t take too long to build it up. And, if you’ve already got an eBay account with good feedback you won’t have these restrictions.

I’ve used both websites to sell my belongings over the years and I’ve undoubtedly had more success with eBay than Amazon. So, even though the fees are slightly higher, if you’re looking to shift things quickly then eBay should be your first port of call.

Other websites and apps that take a commission

Free websites you can sell everything on

There are probably even more free websites and apps that paid ones. But, again, there are some sites that are a lot more well known such as Craigslist and Gumtree.

It’s probably best to start with these as you can trust they have a lot of users and therefore a much larger pool of potential buyers.

In preparing for our move to Canada we’ve used Gumtree with great success. In fact, we were amazed at the response we got for some of the furniture around our house.

The good things about Gumtree are that it’s free to list and sell an item. Gumtree don’t charge any fees at all. There are optional charges for features which help boost your item to the top of a listing, but unless you’re super, super keen to sell you probably won’t need to use them.

Gumtree is also extremely quick and simple to get set up on. I found it so much easier than eBay even though you’re basically inputting the same information. For Gumtree you simply need to title your advert, add a few pictures, a description and a price and you’re done. I can do the whole process in under 5 minutes – which is great! This always seems to take me 5 times as long on eBay and I’ve not quite worked out why…

There are a few minor downsides to using Gumtree though. The first is that your advert goes down the listings quite quickly. Unlike on eBay where users see relevant adverts depending on what they’ve searched for, on Gumtree users will see whatever has been posted most recently, or whichever has been boosted. You can get round this by paying to boost your own advert but that’d obviously mean it’s not free anymore.

There are also a lot of time wasters on Gumtree and similar sites. Although we had a lot of people messaging us about items we’d put on Gumtree, we found a lot of people just don’t show up when they say they’re going to. Or, they sent offers which (in our view) were way too low.

Other free websites and apps to sell everything you own on

Ever open a drawer and discover there’s several old phones in there. Not only are you not using them but (if you’re like me) they don’t even work. Oh, and for some unknown reason we also had several completely unuseable laptops too (which we ended up recycling…).

There are many websites which have sprung up just for the purpose of selling your phones! Just off the top of my head there’s; envirofone, music magpie and mazumamobile.com. There’s even websites now which will compare the prices you’ll get at each of the above sites!

Selling your phone or other tech item through these sites is dead easy but you won’t necessarily get as much money for them as you could elsewhere.

I was offered about £8 on one of these sites but then managed to sell it on eBay in it’s broken, water damaged, cracked screen state, for £22.50.

If you’ve got playstations, DVDs and games to sell them why not try trading them in at a shop. CEX is great for this and although they won’t pay you much it couldn’t be easier. Do make sure there aren’t any scratches on the disk though as, even if it still works, they won’t accept it.

CEX also take phones, speakers and pretty much any electrical item you can think of. Most electronics shops on the high-street have some sort of trade-in scheme where you can get cash or a voucher to spend in store so it’s worth checking it out. You may not make a fortune this way but it is the easy way to sell electronics.

Where you can sell electronics 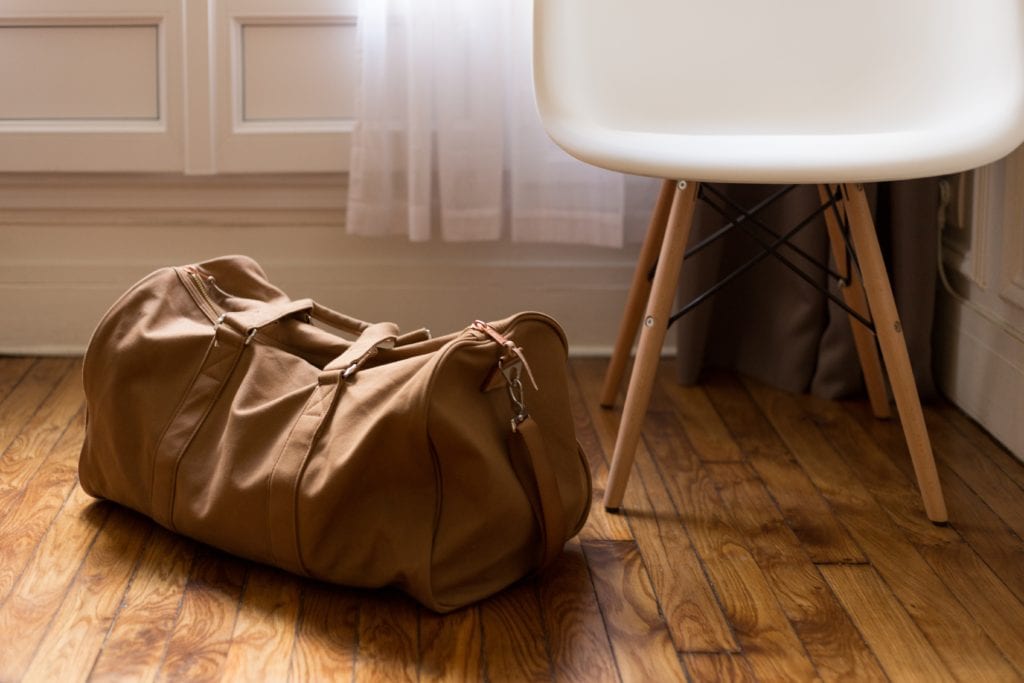 Don’t need to sell everything but can’t keep it? Donate it or recycle it!

If you have good quality clothes, shoes, household items, furniture, books, games and electronics that you can’t be bothered to go through the process of selling or need to get rid of quick then don’t forget to donate them to charity shops or recycle them!

There are so many charity shops and no matter where you live in the UK, there won’t be one too far away. Some charity shops might only sell books, some might only sell furniture but most will sell a range of everything. I think we’ve pretty much stocked up the Barnardos shop in Brixton for the next few months with the amount of clothes we’ve donated recently!

Do please bear in mind that charity shops aren’t a replacement for a bin or recycling. They can only sell good quality items. If you wouldn’t give something to a friend due to poor quality or staining, don’t give it to a charity shop.

So what to do with those things you can’t donate or sell? RECYCLE

Chances are you’re not too far away from a recycling point that you just haven’t noticed before. A lot of large supermarket stores have recycling bins in their car park and if you live in London they might just be on the streets. There are usually bins for paper/glass/plastics then seperate ones for textiles, shoes and small electronics. Please use them and don’t just chuck everything in your wheelie bin!

What about my leftover food?

If you haven’t managed to use up any leftover food including spices, sugars, teas and pretty much everything then don’t just put it straight in the bin!

Thanks to an app called Olio you can now give your food away to people living nearby. Just take a quick picture, say how much is left and what it is and hopefully someone will message you and arrange to come and get it.

Of course, it works the other way too – you can score yourself some free ingredients by using Olio and know that you’re reducing the UK’s ridiculous food wastage too!

Top tips for selling everything you own

These don’t havewithout a photo. Your advert will be a lot more successful with them.
Remember to take photo from different angles too. If you’re selling an electrical item, take a picture of the item when it’s switched on to show that it works.

Think about which site you would use to buy that item

Write good descriptions and include specifications in your advert

Put some thought into writing your description and be honest. If you’re selling something as ‘new’ when in reality it’s covered in scratches, customers won’t be happy and you’ll have to deal with angry emails flooding your inbox.

Say how old the item is, what you like about it and don’t forget to include specifications. How big is the TV/sofa/cupboard you’re selling? People need to know this and it’s surprising how many people just won’t ask!

I’ve found that the estimated postage costs on eBay are rubbish. They’re always way lower than the real cost of postage which can sometimes mean you spent more posting the item than you sold it for!

I use the Royal Mail’s price calculator to check the prices before submitting my advert to websites. I don’t always get it spot on but it’s much better than the estimated prices I’ve been given.

Anything else you want to know about selling everything to raise money for travel? Let me know! Also, if you have any more tips I’d love to hear them!

My list of essential gear for vanlife | That Adventurer