Checking in with a little update post because a) It’s been ages since I did the last one and b) we’ve now been in Vancouver for almost two months (time flies!). I’d say two months is enough time to say whether or not I like it here.

The answer to that is that I bloody love it and I think I’m happier than ever (and I’m not normally unhappy anyway). 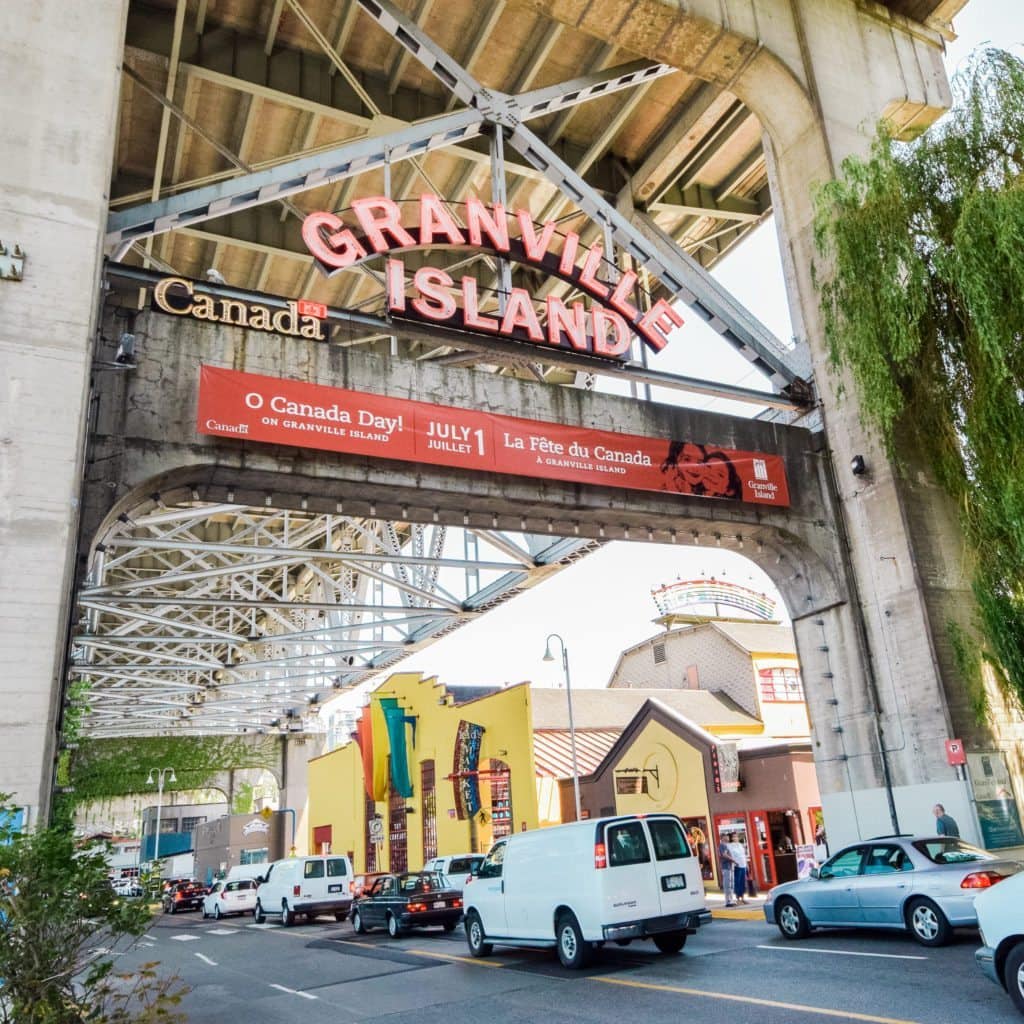 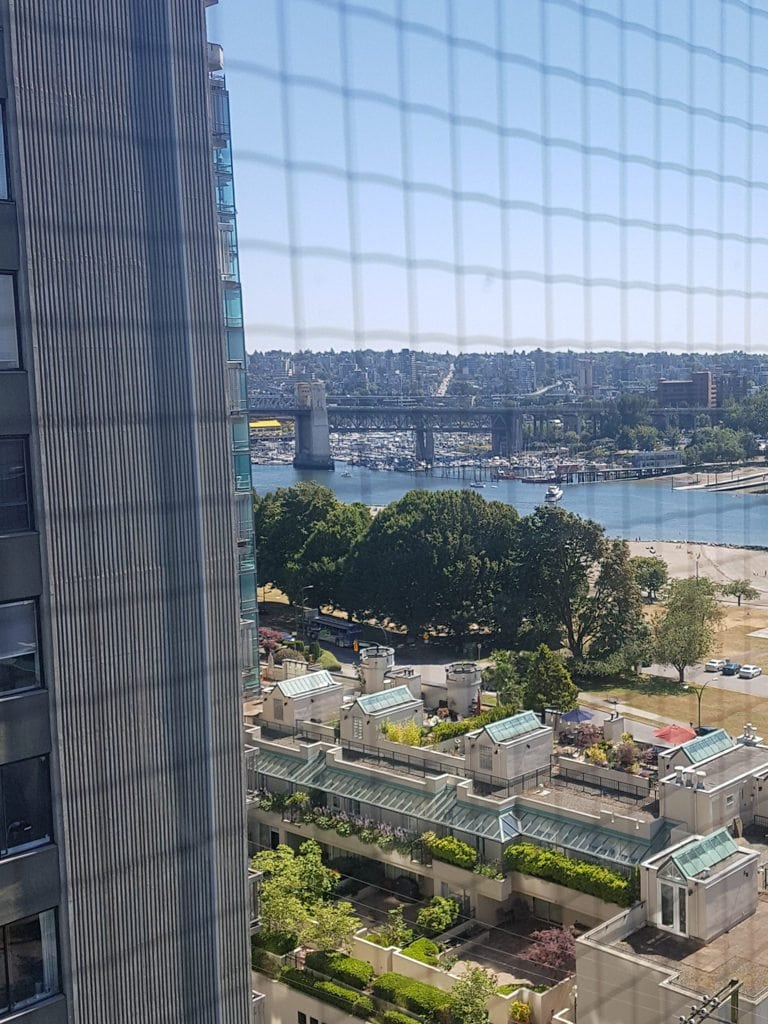 We have no furniture, so we’ll probably bring up the mattress that we used in our van to sleep on until we get to the shops and hit up Craigslist for some second hand bargains. BUT look at the view from our kitchen! I can see the sea and that’s pretty much all I could ever want.

We’re about 2 minute’s walk away from Sunset Beach in Vancouver on a lovely, quiet road (so far removed from our flat in Brixton where we lived opposite the tube station and woke to sirens and drunk people every night). It’s cheaper than what we paid in London, despite being nicer – no mouldy, rotting windows – and I’m super excited to furnish it in our own way (and buy some tasty food with the Whole Foods voucher my Mum got us as a moving in gift!).

We’ve been living in a van for the past five months now and it’s actually been fine. Having said that I can’t wait to have a bathroom and a shower of our own. To have a fridge (not a cool box that we have to top up with ice every couple of days or leave empty), room to stand up and an oven. 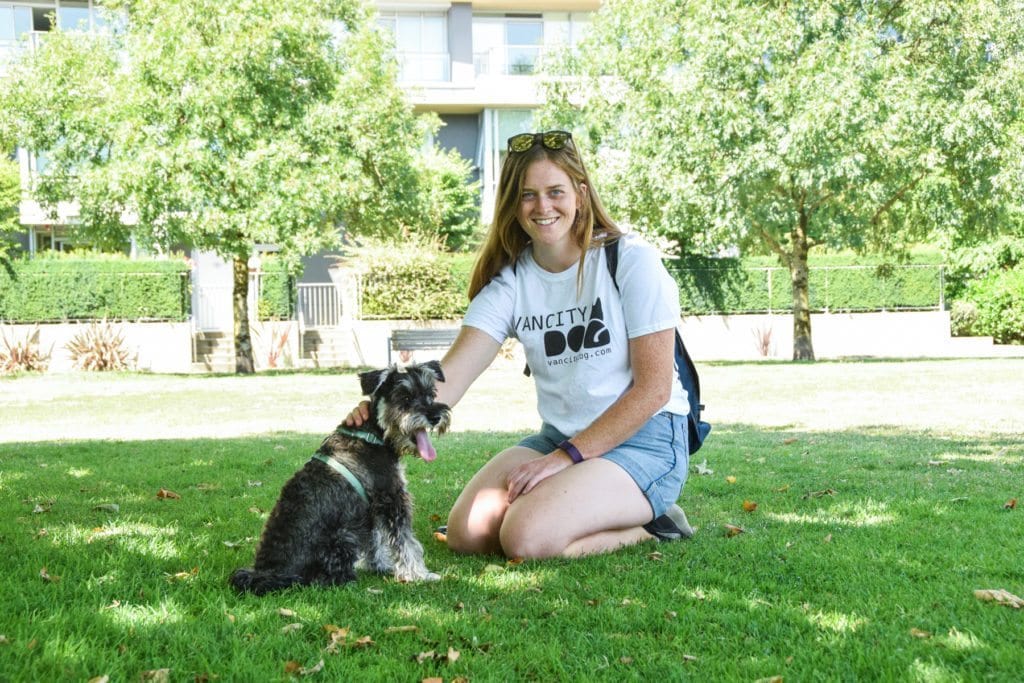 We’ve both got ourselves some new jobs. Whilst Thom is working in the same area he was before (computer programming & stats), I’ve gone for something very different.

After spending 5 months pretty much living outside and not being constrained to a desk for 8-9 hours a day, the thought of heading back to an office had me in tears. I’ve never been good at sitting for that long which is why I’d always head out on a walk on my lunch breaks come rain or shine.

So I’ve opted for a job that’ll have me outside all day, every day. I’m a dog walker!

I have a few fluffy, four-legged clients already and I even managed to earn enough these past three week’s to pay my share of the rent! Fingers crossed it continues!

Oh, and if you live in Vancouver and need a dog walker, or know someone who does, send them my way? 🙂 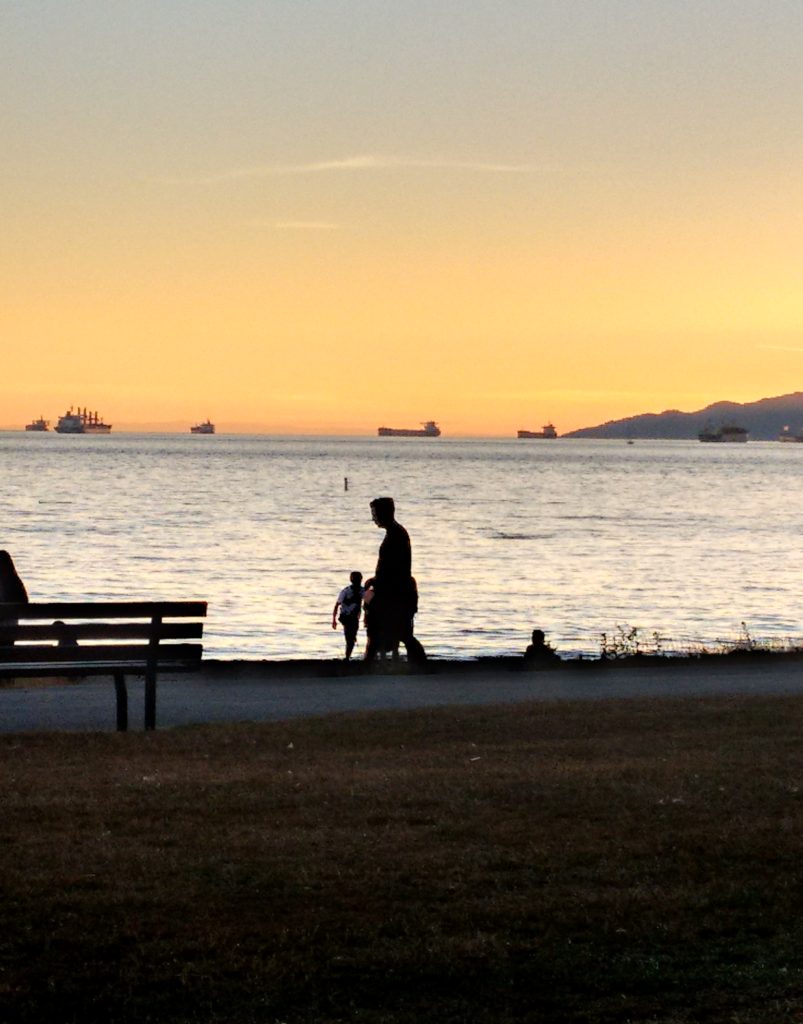 Vancouver is pretty much the best of both worlds. It’s still a pretty busy city with shops, museums, cafes and good restaurants but, at the same time, it’s surrounded by mountains, beaches and lakes. Right now I couldn’t ask for more.

I still think London is great. No city I’ve been to can beat London’s food scene, its public transport or its history and architecture. But, I’m an outdoors lover and Vancouver has me covered in that respect in ways London didn’t.

It also helps that it’s been non-stop sunshine since we got to Vancouver (apart from one day). I know that’s not typical but I’m enjoying it while it lasts. Oh, and since I’ve been enjoying summer since I was in Florida in mid-March, I have the best tan I’ve ever had in my life… 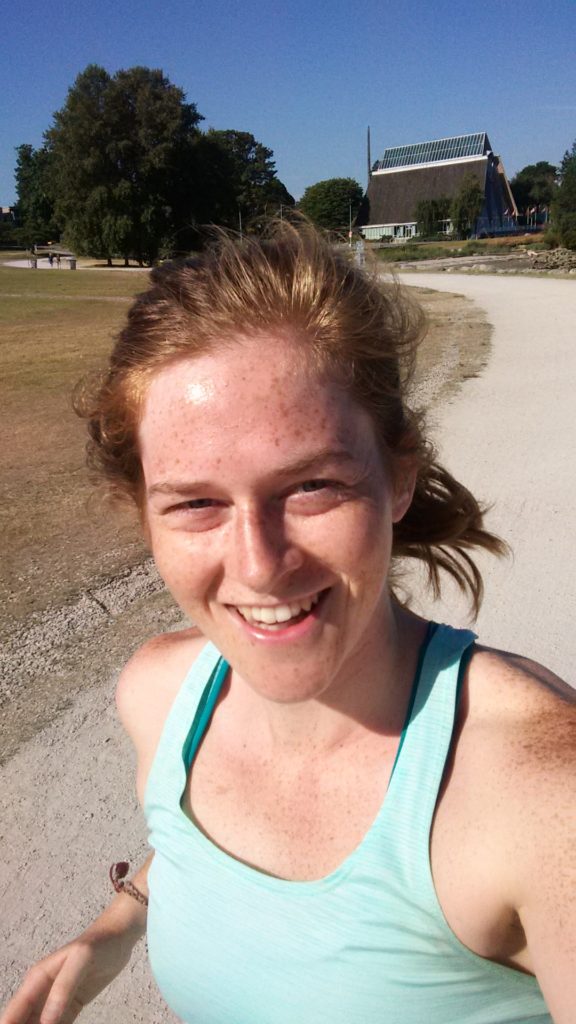 One of the reasons (probably the main reason) for our move to Canada was that we both wanted more of an outdoors lifestyle. My new job definitely helps with that but I’ve also been getting in to running. I even ran 10 miles a couple of weeks ago – the longest I’ve ever run in my life!

Turns out running isn’t all that bad and I can actually do it (it’s even better when you get to run around Stanley Park or along the Seawall!) I’ve always thought I’m too big or too heavy to be a runner but I guess I’m not. I’ve also just read Born to Run which has inspired me to carry on running – it’s a super interesting book and I really recommend it!

I think we’ve finally, FINALLY, finished all the admin things that come with moving to a new country.

Eventually got my SIN number!

After being told my SIN number (the Canadian National Insurance number) had been blocked in Toronto and spending hours redialing Canadian Immigration in Toronto, I finally got my SIN number upon our arrival in Vancouver.

We transferred Elvis the Van from his Ontario plates to fancy British Columbia plates. That was a hassle and very expensive…

Moving province in Canada is basically like moving country. You need new everything and each province has its own rules. In BC you need lights that turn on when the car turns on and stay on all the time, in Ontario you don’t. Thom managed to install these himself to save on expensive garage costs but we still had to fork out to get FOUR new tyres and a few other bits and pieces done. They also tried to charge us for tightening a screw (seriously!), which we obviously did ourselves in the end.

All that was done in order for Elvis to pass his safety inspection (a little bit like an MOT) for BC. Then we had the expensive process of buying new license plates and getting insurance. Finding someone to insure us in Ontario was a pain as no one wanted to insure a cargo van being used for personal use. However, when we did find someone it ended up being cheaper than we thought.

In BC car insurance is done through one company and one company only. Unfortunately they don’t want to recognise our 8+ year’s driving experience from back home so we’re paying a fortune right now to be insured. Hopefully that’ll go down in 6 months when Thom will have a year’s Canadian experience.

Getting a new driving license

We transferred our UK driving license for an Ontario license when we were in Toronto so as to get cheaper insurance. When we arrived in Vancouver we then had to transfer this to a BC license.

We thought the fact that we only had expired temporary licenses (our real ones got lost in the post between Toronto and Austin, Texas) would be the issue.

In fact, the issue was that our Ontario license said we’d only been driving since January 2017 when I passed in 2008. They needed proof that we’d been driving that long and we didn’t have our UK licenses to prove that. The solution was to get DVLA to fax (yes, fax) over proof. Canada seem to be years behind when it comes to technology, they wouldn’t accept email or the online system that the DVLA have now – God knows why… It was annoying, I got stroppy at the woman working there but the DVLA got everything faxed over super quick and we now have some Canadian ID!

So in sum, I love it here and I can’t wait to see what these next few months bring!

Great to hear you're loving Vancouver. All the faffing between Ontario/BC documents sounds like a right hassle though. I'm looking to move out to Vancouver for a few months next year, I'm hoping it's the right decision! :D

It was such a pain having to do all that again! All done now though ! I'm sure you'll LOVE Vancouver, it's very hard not to :)