Given that a lot of the television shows and films we watch are set in America, I thought I knew it. I’d also visited twice (once to Boston & New England, and a long weekend in New York) when I was younger. It turns out the America of New York, Florida and California is very different to the rest of it.

We came across a lot of weird things while we were travelling, especially across the south. Mostly we learned just how different the country is depending on which state you’re in.

Travelling from March to June and not long after Trump’s inauguration, was interesting. Not least in the things people would say. Whilst the people we met and spoke to seemed anti-Trump (they apologised to us for “their Nation’s awful decision”), you couldn’t miss the banners and billboards congratulating Trump on his win and declaring themselves supporters.

I kept a travel journal whilst we made our way down the east coast, along the south and up the west coast. In it, I’ve written down a few things observations on the USA of things we found different (sometimes funny and odd). Here are a few. 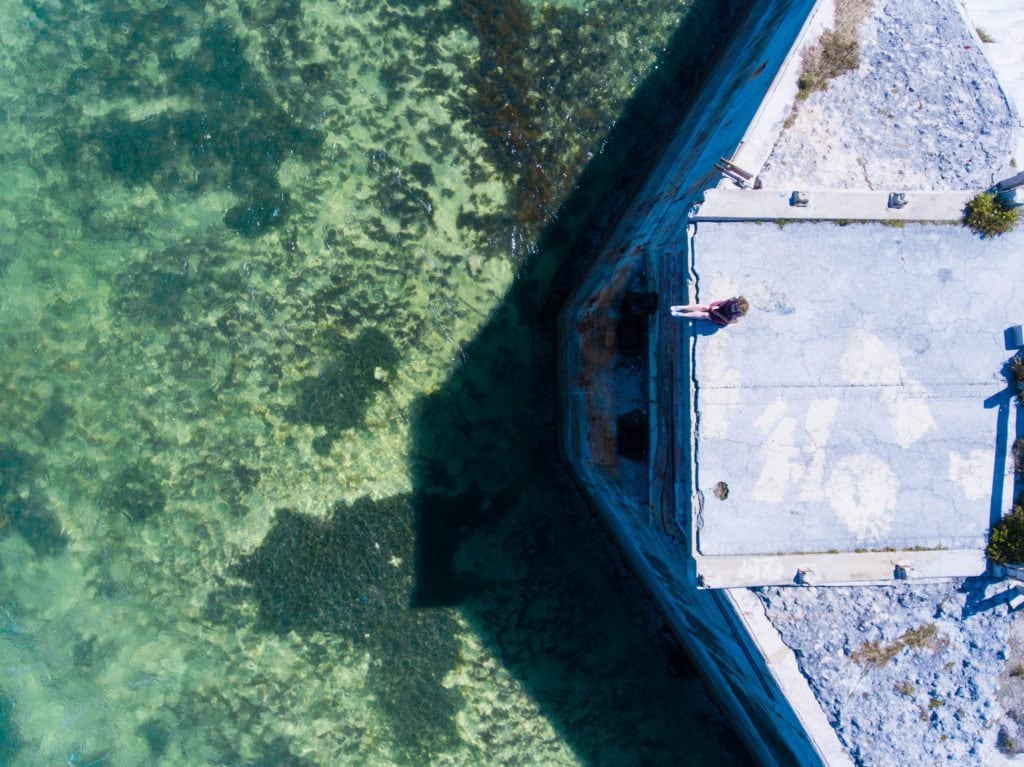 Obviously I know some of these things aren’t present everywhere in the USA, and yes, I’m sure you could write a similar list about things in the UK. These were just my observations on the USA of things that I found weird.

I hadn’t realised what a big business legalised marijuana was in the Western States. Within 50m of the California – Oregon State line we passed a sign advertising recreational weed and this was something we were to see the rest of our way up the coast (including here in Vancouver!).

These are worthy of a post all on their own as some of them are pretty different to back in the UK and continental Europe. One of the strangest, to us at least, was that in Washington State you’re not allowed to allow a queue of 4 cars to add up behind you. When this happens, you’re expected to move over and allow the cars passed.

Never before have I heard radio stations begging for money but in America we heard this a lot. You’d get an hour or so of radio programming where the presenters, sounding ever more desperate, tried to convince you to part with their money so that they could keep the show on air (and keep their jobs).

One radio station in Florida had the presenters saying the following; “Has 99.8FM been a part of your life? I know it has ‘cause you’re listening right now”. I cannot imagine this happening in the UK! 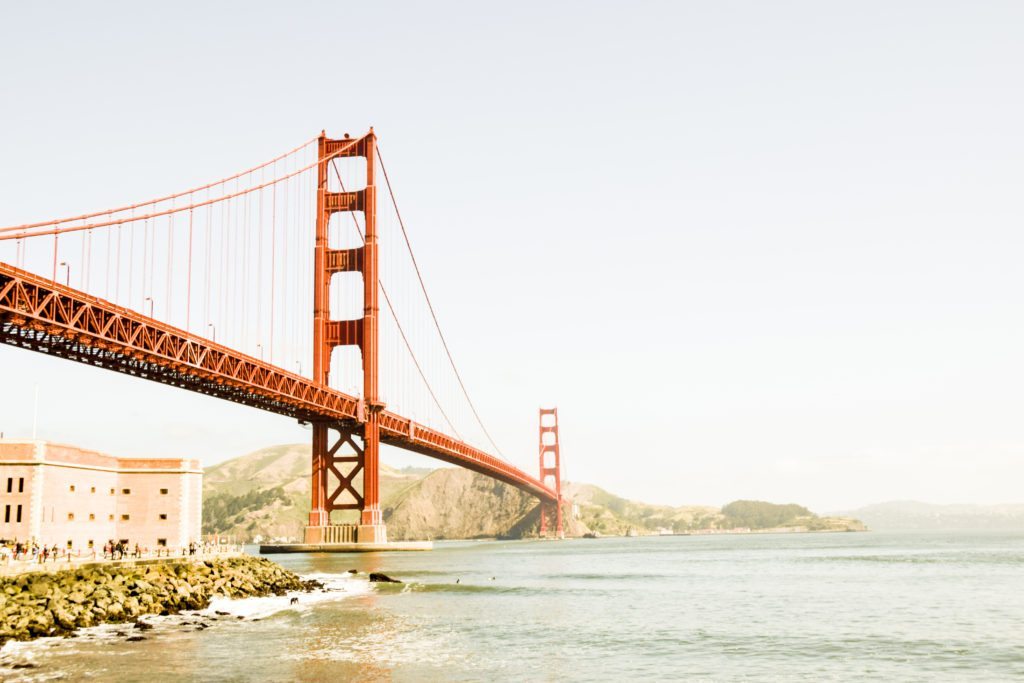 Gun shops and guns in restaurants

Whilst my parents’ delicatessen is next to a gun shop, the prevalence of gun shops and the number of places we saw promoting themselves as a “Gun & Pawn Store” surprised us. People that walk into the gun shop I know go to have a look around and most wouldn’t buy anything. The people visiting these gun shops are probably looking for a new gun that day.

We also got a bit of a shock when we walked up to a Mexican restaurant in Almogordo, New Mexico, and saw a sign on the door. We’d expected this sign to say “guns are prohibited” but it actually said; “Concealed hang guns are permitted”.

As we were waiting to be seated, Thom nudged me and signalled to a guy sat a few feet away having his dinner. You could see the gun tucked into his pocket.

That was the only time we actually saw anyone with a gun, but I’m sure we would’ve been in close proximity on many occasions.

The amount of people sleeping in cars

I don’t think I’ve ever come across someone sleeping in their car in the UK. But in the US, all you need to do is walk around a Walmart carpark, wander around cities, and you’ll see dozens of cars that very obviously have people living in them.

Sure, some are travelling like we were and the only difference is they’re doing it in a smaller vehicle. Also, if you’re living in a car then I you’re arguably better off than someone living in the street. It just surprised me to see how many people did this!

I have never, never seen people so prepared for a weekend by the lake, the beach, or even a city park.

I used to think my Mum was pretty prepared. She’d be the only Mum with a massive cool box big enough to fit my brother in, she’d have made tasty treats and come armed with blankets when we’d go for picnics in the summer holidays. Americans, however, take it to a whole new level.

We noticed that a lot of families and groups tend to arrive at about 8am to set up for the day. They’ll bring marquees, blankets, sound systems, proper BBQs (none of those diddly disposable ones you get back home), several cool boxes, tables, chairs and, in some cases, probably the kitchen sink too.

The notion of anything being possible and “you too can achieve your dreams”
At the start of our trip I kinda hated this. It just seemed super cheesy. But, after three months of seeing and hearing this over and over again it kind of sunk in.

It was definitely still pretty cheesy on occasions. At the visitor centre for Mt St Helens, the videos were pretty close to saying that, by erupting, the volcano had in fact achieved its dreams and so could we.

Whilst I might not be planning to send a rocket into space, or start a revolution like some museums suggested I could do if only I set my mind to it, I have a bit more self belief than I did at the start. 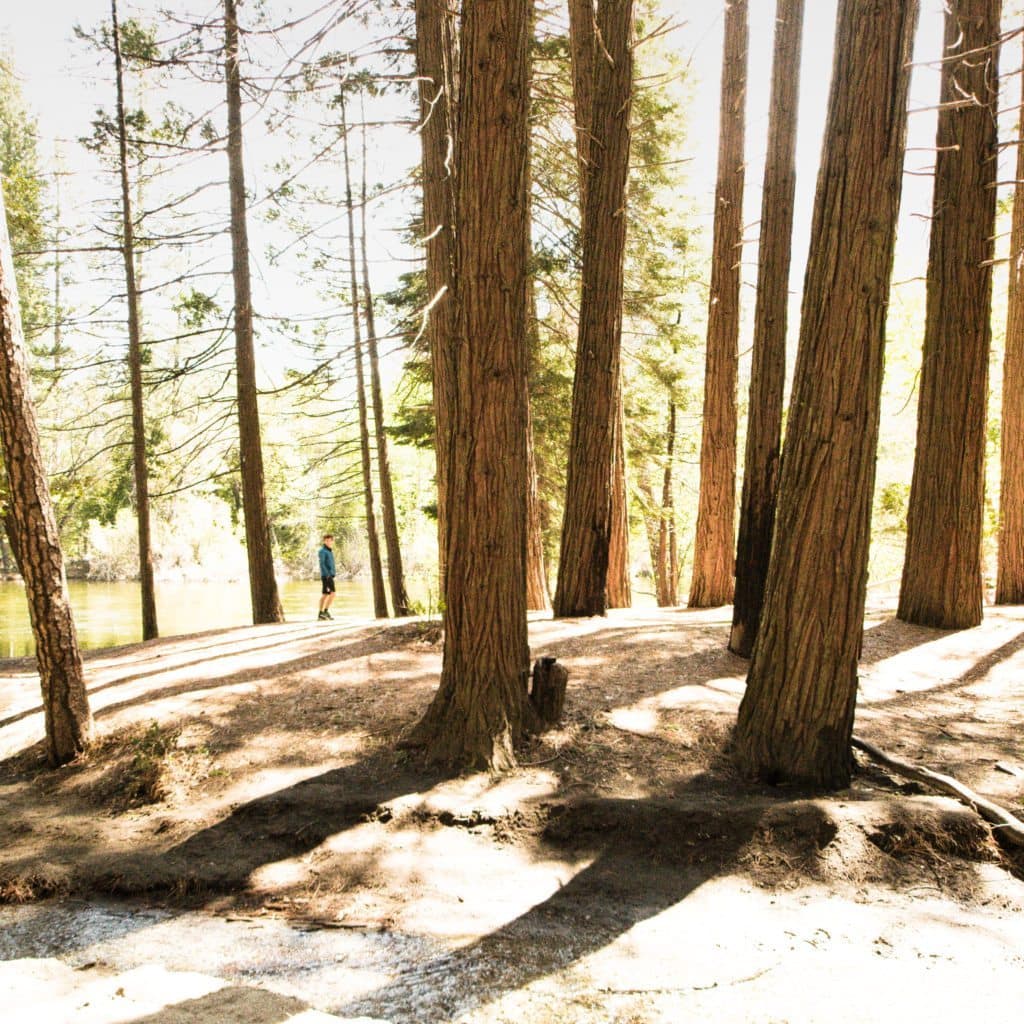 A love of the “grand reveal”

Connected to the above is Americans museum’s love of a bit reveal. It’s pretty commonplace for museums to have some introductory film that you have to sit through before continuing to the exhibits or on your guided tour.

At Cape Canaveral in Florida we went to go see the Atlantis Space Shuttle. Before you get there though you have to sit through a film talking about how great this particular space shuttle was. And (spoiler alert) at the end the screen lifts up revealing the shuttle itself to gasps, whoops and cheers from the crowd!

That wasn’t the only time we were treated to a big reveal. And, if we went to another American museum I think we’d be disappointed if there wasn’t one!

Some American roads are lined with billboard upon billboard promoting businesses, hospitals and reciting messages from the Bible.

As we hit the south we saw more and more religious based billboards. They’d say such things as; “You + Eternity = Heaven or Hell”, “Have you asked Jesus to be your saviour and Lord?” or “Where are you going? Heaven or Hell? 855-FOR-TRUTH”.

Besides these we also found it strange to see hospitals advertising, doctors promoting themselves and different drug companies trying to sell their drug on billboards. Hospitals would also have a live feed to the waiting time in their Emergency Room. I guess that’s what happens when your healthcare is privatised; it becomes even more of a business.

Lack of understanding of Europe and the UK

Yes, I know this doesn’t apply to all Americans but several times we noticed a misunderstanding of European geography and the fact that different countries are very, very different to one another.

In New York while waiting to collect a take-away pizza I got chatting to the men working there. One of them said he had an Italian friend with a Welsh wife he was quick to state that “she’s from wales so she speaks good English”. I don’t think this was a joke about Welsh accents either…

Also in New York, we met a guy from Texas who was on a layover before flying to Germany. We told him we were from England, to which he replied; “Oh, you’re from England? I’ve been to Spain”. Um, cool but they’re pretty different places. 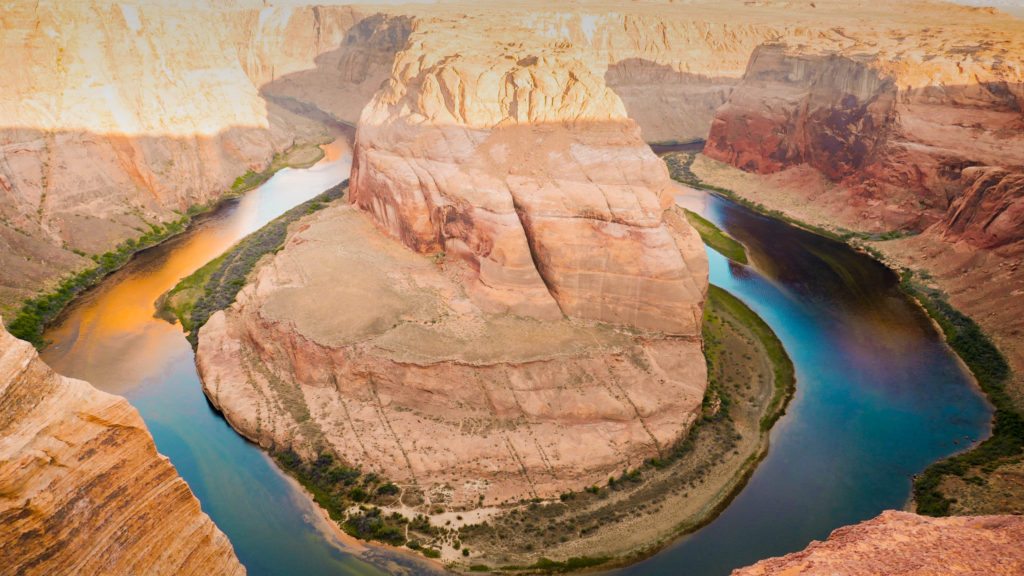 “Hitch hikers may be escaping inmates”

On a few of the highways we took we saw the above sign warning about the dangers of picking up a hitch hiker as a high security prison was nearby.

The size of drinks

At most of the places we ate in America, I didn’t find the food portions excessively big. Some were pretty hefty, but most of the time I’d say they were normal portions. I’d argue the drinks play as big a part as food in the obesity problem.

What struck us as excessive were the drinks sizes. Especially fizzy drinks and slushies. You could get a huuugge bottle of some super-sweet, artificial blue coloured slushy for less than a small bottle of water would cost you. Then there’s the fizzy drink sizes at restaurants too; they were always massive.

For a country that’s supposed to be “land of the free”, there seemed to be an enormous amount of rules wherever we went. Each museum, National and State Park had a long, long list of things you couldn’t do. Dogs are basically never allowed off their leads, and there seemed to be a million and one other rules that left you questioning what you could do.

As an American, this is pretty interesting to read. I definitely understand the gun thing. Depending on the state, we can take our guns with us just about anywhere we go, including to the bar in the state of Virginia, where I live.

I'm lucky to have traveled a good bit, outside of the U.S., and I agree with what you said about Americans not understanding Europe. I think Americans who haven't traveled think of different European countries as being similar to states when that is very much not the case. To some people, it's like Europe is this big ass country, so if you've been to one country then surely it's all the same, when really, cultures vary so much in Europe. Plus, I think a lot of Americans just really suck at geography, so that doesn't help either.

And the sodas. It's terrible. They're all oversized.

Thanks for your comments on this! I hope there wasn't anything too offensive - I bet there's plenty you find weird about us in the UK!

Favourite photos from our American road trip | That Adventurer

This post was BRILLIANT!!!! Really enjoyed reading it, the bizarre road rules was my favourite - WTF!

Pleased you enjoyed it! It's crazy how different some things are!

I'm sitting here nodding in recognition to most of your points! I was on a 4 week road trip through South East USA this May. Another thing I noticed was what I started calling 'drive through malls' - a stretch of road completely devoted to drive through drive in what have you of food and all kinds of other things. You could literally go shopping almost without leaving your car. But yes, also the billboards - billboards advertising Jesus and lawyers would just never happen in Europe.!

Oh my god yes! The drive-throughs! I completely forgot about them, they have drive through banks, pharmacies EVERYTHING!