A trip inside Rio’s largest favela with Rocinha Favela Adventures

Rio’s favelas (slums) are infamous. They’re synonymous with shootings, drug crime, muggings, dirt – pretty much anything bad. Nobody really talks about anything good happening. So why on Earth would we want to go visit one, especially the biggest of the lot with around 300,000 inhabitants? 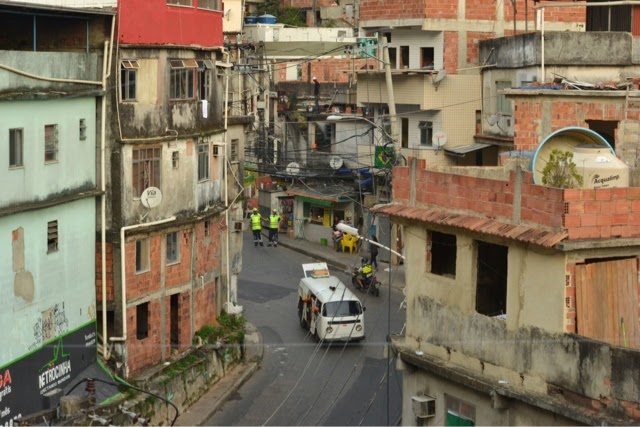 Put simply I guess it was curiosity. I don’t mean we just wanted to stare at people in their homes like going to a zoo, but to really get a feel for how such a large part if Rio’s population live. And to see if the hearsay about all the danger was true.

Zezinho, the owner of Favela Adventures, was born in the favela. His company now gives back to the people who live there.

He only hires people who live in the favela as tour guides, so you get the truth from a locals’ point of view. Zezinho found out what the people of Rocinha wanted and set up a DJ school which is completely free to attend. He also donates to schools and clubs within the favela that don’t receive any funding.

Favela Adventures is not-for-profit. It’s possibly the best way to visit the favelas without feeling as though you’re intruding.

Starting at the top of Rocinha we met Zezinho and a few other guides. Outside of the World Cup they run about 4 tours a week, currently it’s 2 a day, so our group was quite big but, with two guides, there was plenty of opportunity to ask questions. 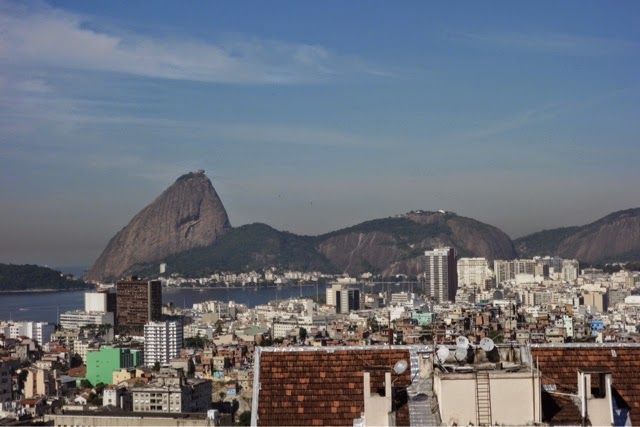 First we headed up to see views over the beach, rainforest and of Christ the Redeemer. The favelas have the best views in Rio. 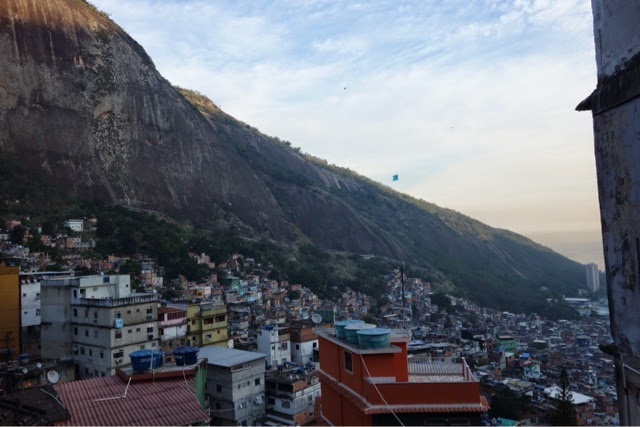 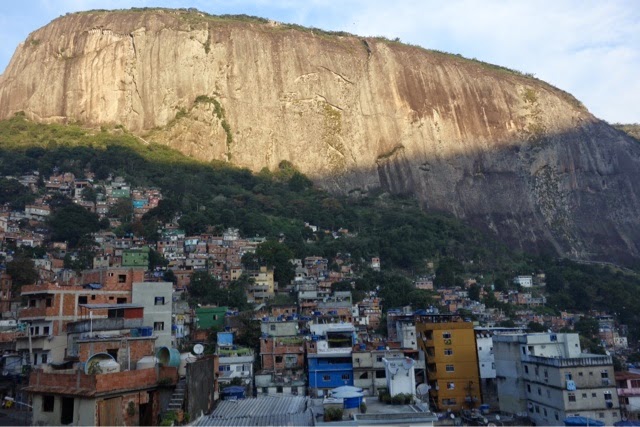 We headed down through alley ways, past houses stacked on top of each other, and crazy looking electrics (stuff you’d miss if you were in a jeep).

We stopped at another great view point and watched as hundreds of kites were dipping and diving through the evening sky. It’s a popular activity in the favela, and didn’t seem to be reserved just for children. We watched a few kite battles – where the aim is to cut the line of another kite – and headed down another alley way. 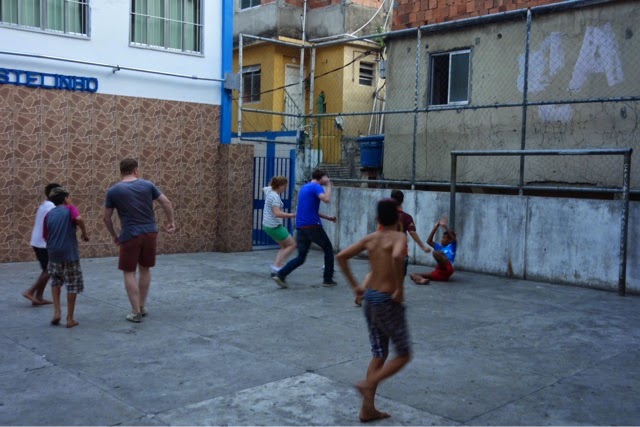 We continued on, winding our way down alley ways, and met some children who live in Rocinha. Then, in true Brazil style during the World Cup, we joined them for a game of football. They definitely had some skills and I think they beat our English/Aussie/Canadian team every game.

Some women walking  past stopped to cheer for Brazil; clearly loving every second of it! 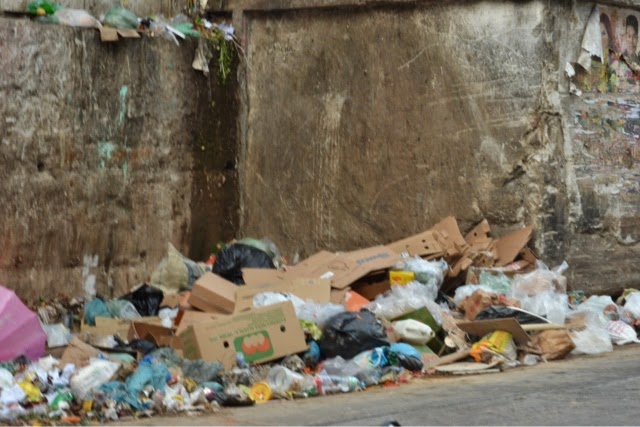 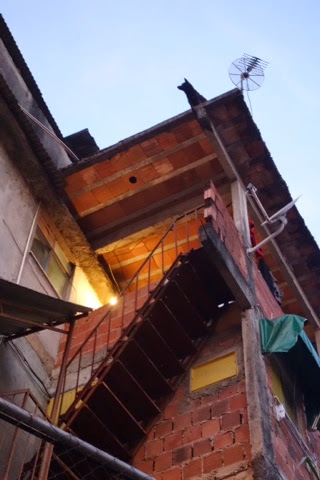 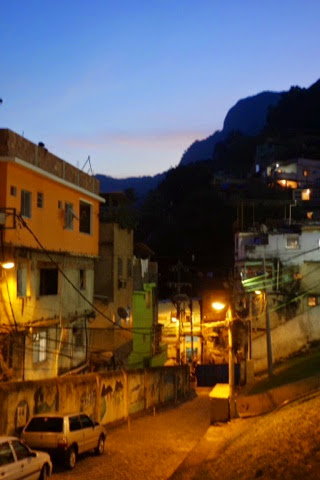 Afterwards we visited the DJ school and learnt more about Zezinho and his plans to help the favela. Then we headed to a restaurant in Rocinha for dinner.

If you find yourself in Rio and want to visit a favela I’d highly recommend Favela Adventures. The cost of a favela adventure is 65 reals. In addition, you’ll be safe in the knowledge that you’re doing more good than bad. 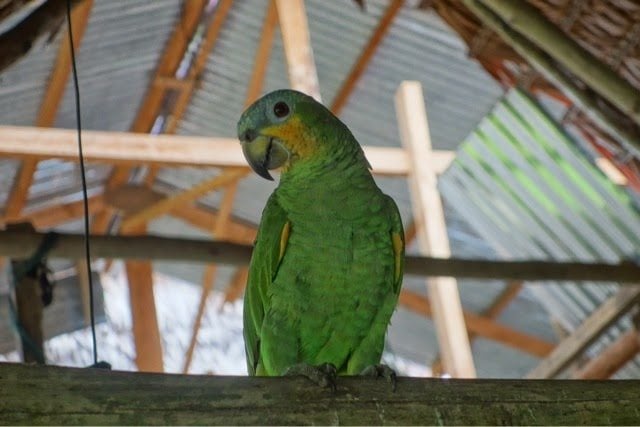 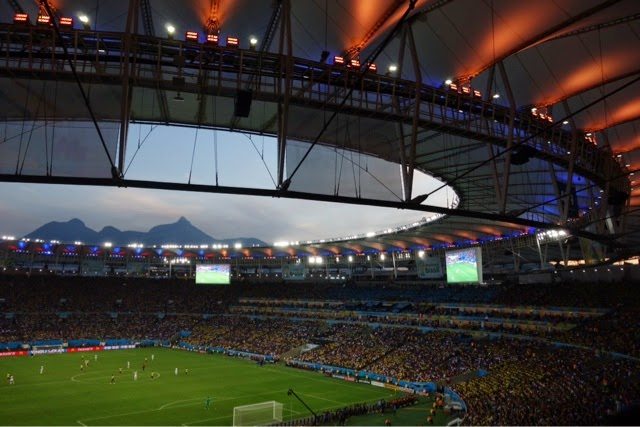 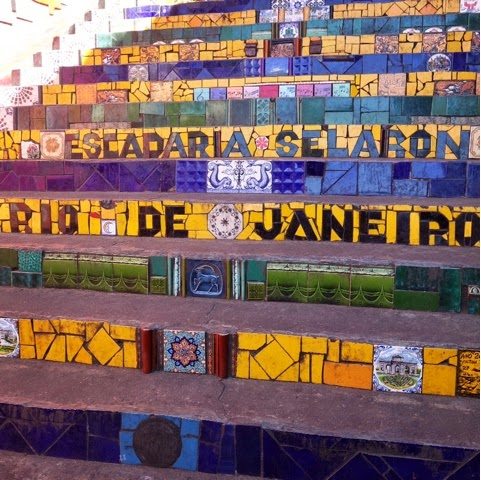