After a morning spent on the beach in Paracas we hopped aboard the comfortable Peru Hop bus and headed to Huacachina.

Huacachina is just 5 hours south of Lima but feels like a million miles away. It’s a desert oasis just like you’d have imagined one.

There’s a small town with hostels, bars and restaurants, a lake and then dunes as far as the eye can see. 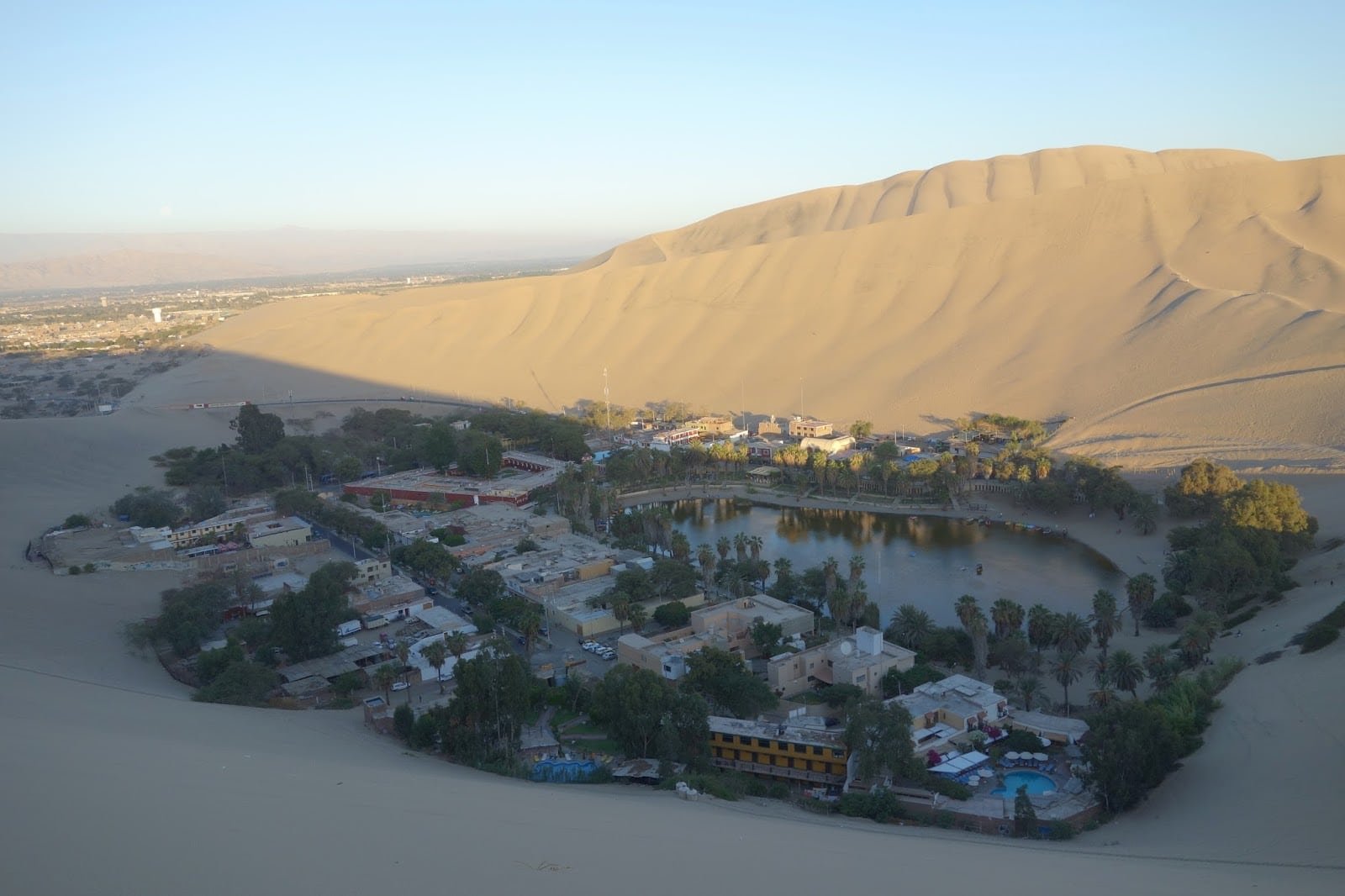 Most visitors to Huacachina come for the dune buggies and sand boarding which was exactly why we’d stopped off there on our Peru Hop trip. You can also use Huacachina as a base for flights over the Nazca Lines, boat tours to see the Humboldt penguins and as a place to do winery tours from.

Arriving just before sunset we quickly put on some boots and climbed up the sand dunes to watch the sun go down. Huacachina quickly became our favourite place of our South American trip so far. 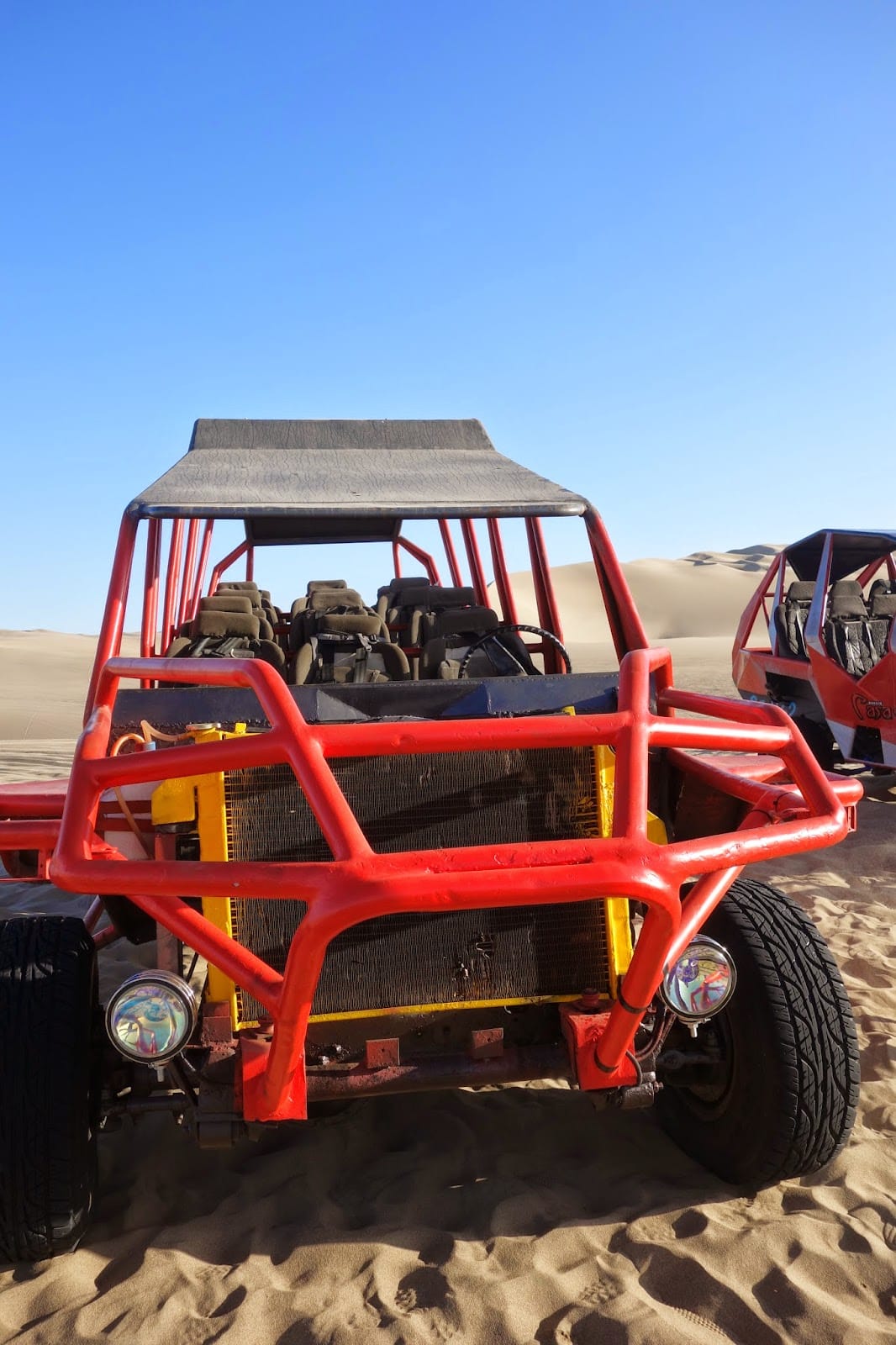 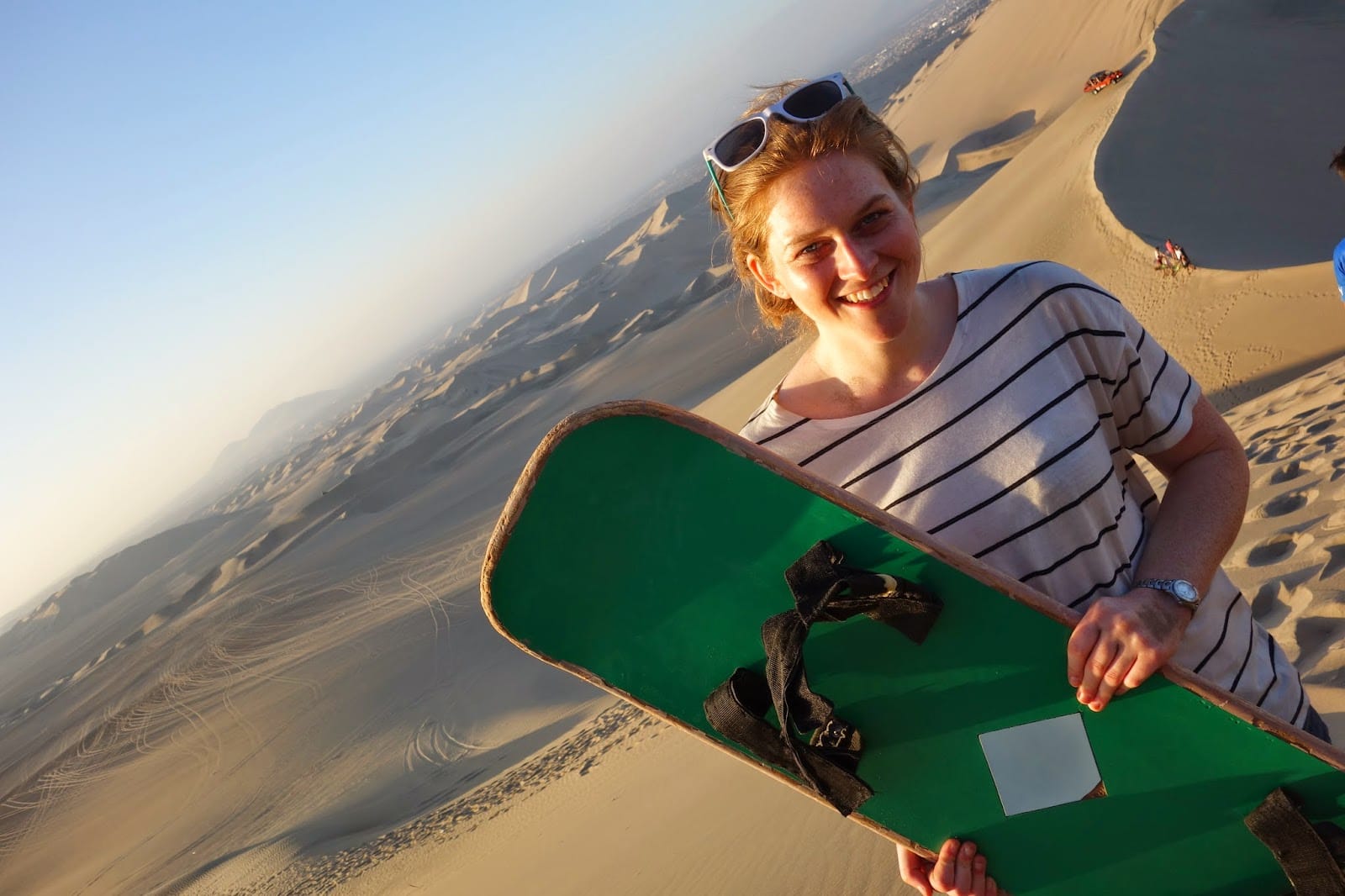 The next day, after a morning of relaxation we headed over to start our sand boarding experience.

The  dune buggies roar through the small oasis of Huacachina, setting of car alarms with the noise they make (I’m not even joking). It was obvious the driver was going to be crazy; he seemed to have earned himself that nickname from the other drivers too.

We hopped onboard the buggy and strapped ourselves in. The fact that the seat belts straps went over your shoulders and between your legs was a sign of just how bumpy our ride would be. ‘Crazy’ booted up he enginge and headed for the dunes.

A soon as we hit the sand our heads began wobbling about like one of those nodding dogs, and our bums lifted off the seats. The sand dunes became a theme park as our driver climbed up steep dunes, paused at their summit and then let us fall down the other side.

After an exhilarating ride it was time for some more adrenaline in the form of sand boarding. After waxing our boards and strapping our feet in we waited nervously for someone else to go down first.  Soon it became my time and I plucked up the courage to point my board downhill.

I found myself on my bum pretty much straight away. Up I got again, and again, down I fell.

That was enough boarding for me. Time to try it another way.

I opted for the face first, lying on your stomach approach. It was a lot faster, and a lot more fun. The dunes got bigger and bigger and I zoomed down them faster and faster. It was almost as much fun watching people fall as it was going down.

By the time we reached the last dune the sun was setting making for a picturesque, crazy drive back. 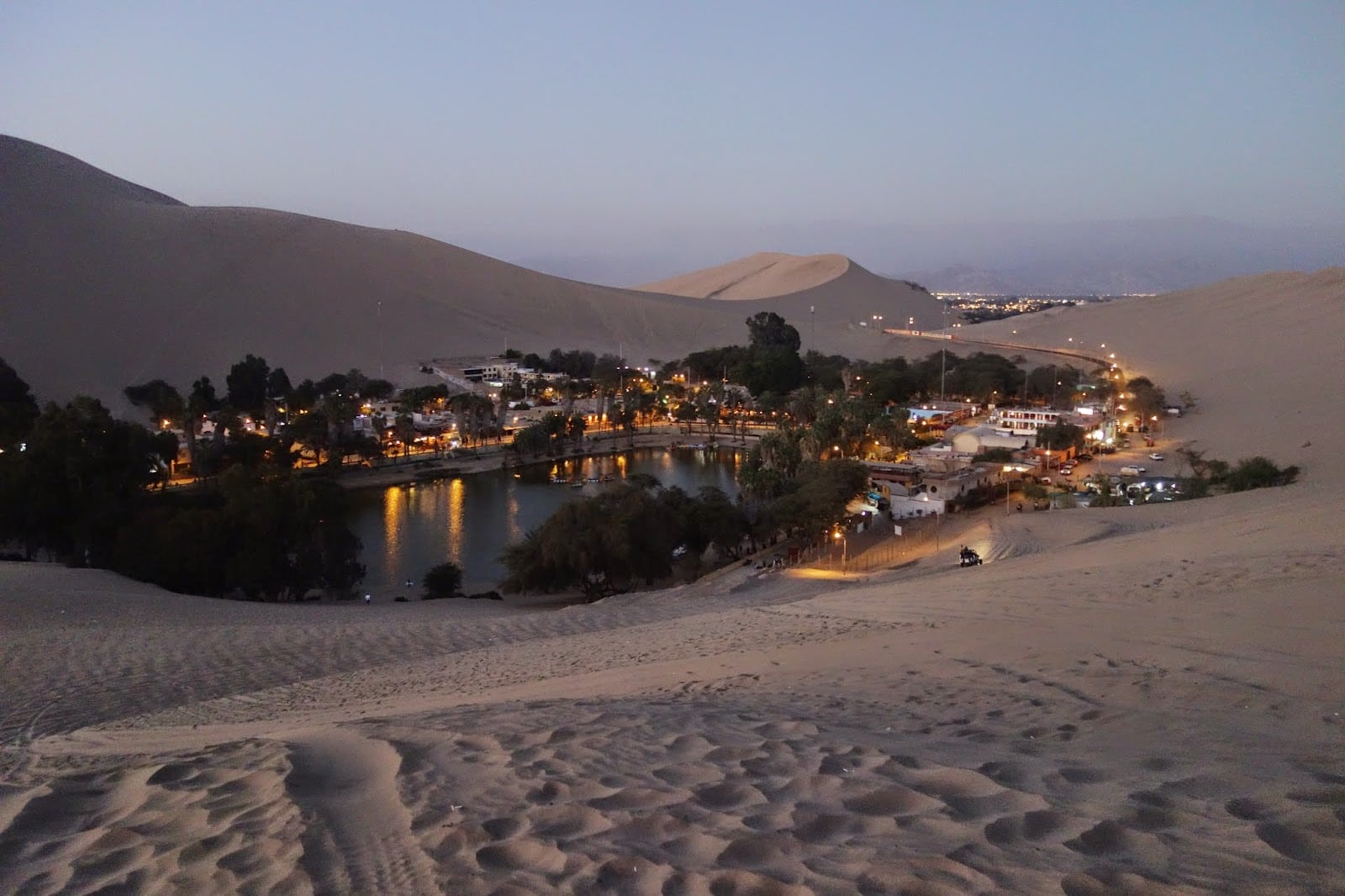 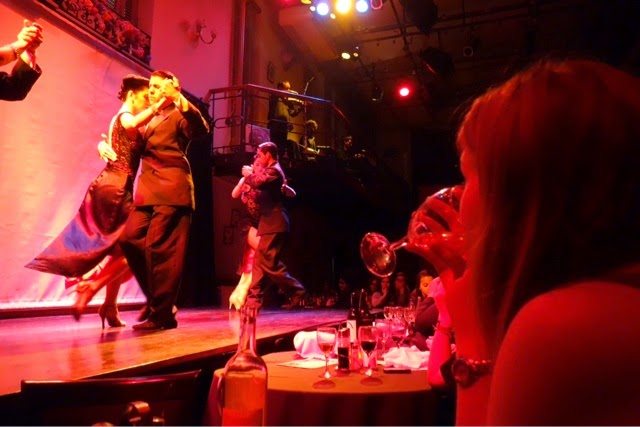