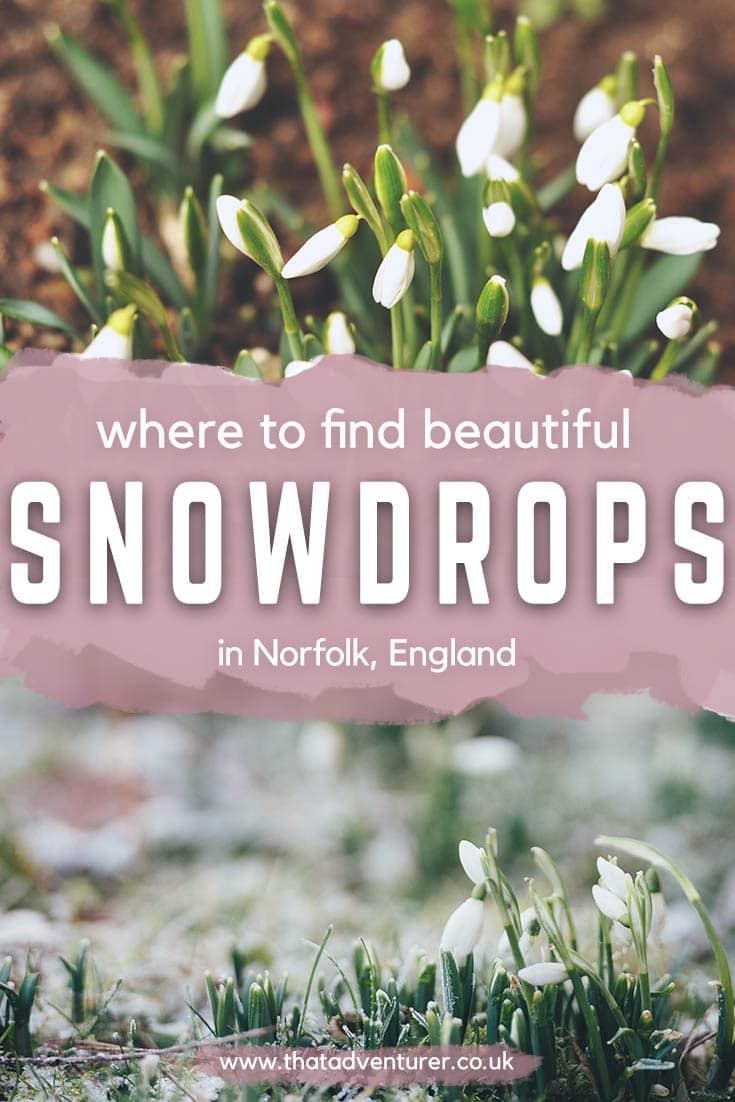 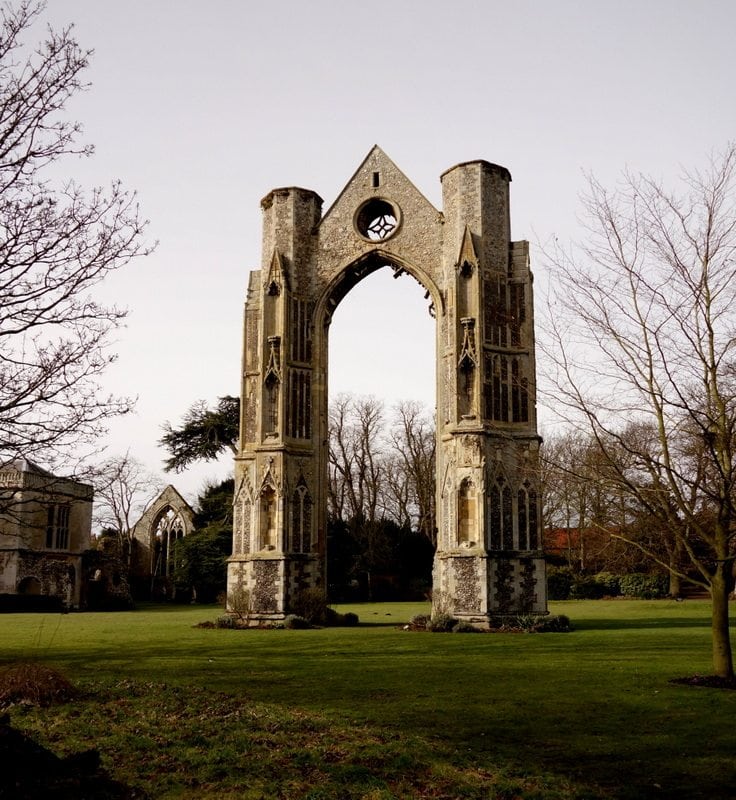 Walsingham Abbey has 18 acres of grounds to walk through, there’s a pretty river running through, picturesque bridges and ruins throughout.

Myself? Well I visited just for the snowdrops, but when you catch the sun shining through the ruins there’s no doubting it’s a special place. 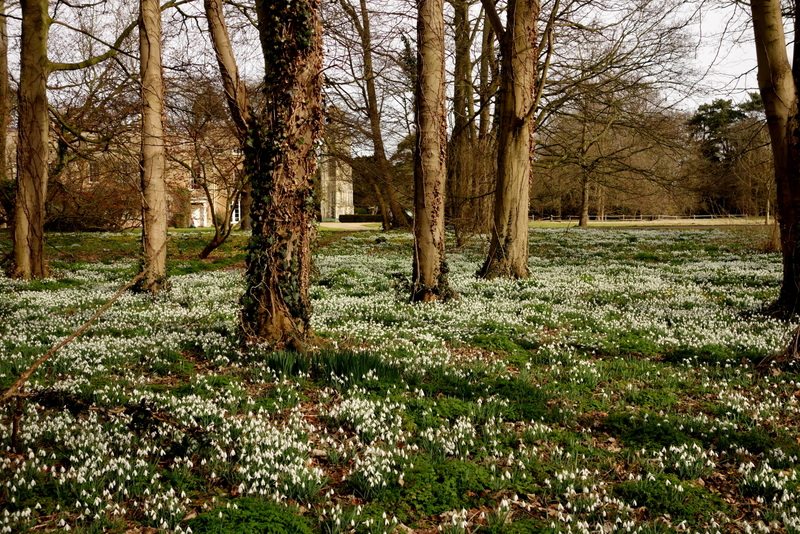 Walsingham, in Norfolk Norfolk near Wells, is actually formed of two villages; Greater Walsingham and (yep, you guessed it), Little Walsingham.

Whilst there’s not a huge amount to see asides from the snowdrops Wells is definitely worth stopping off at on your way to, of from, the Abbey grounds.

How much does it cost to see the Walsingham Abbey snowdrops?

How long would you recommend to see Walsingham Abbey and the snowdrops? 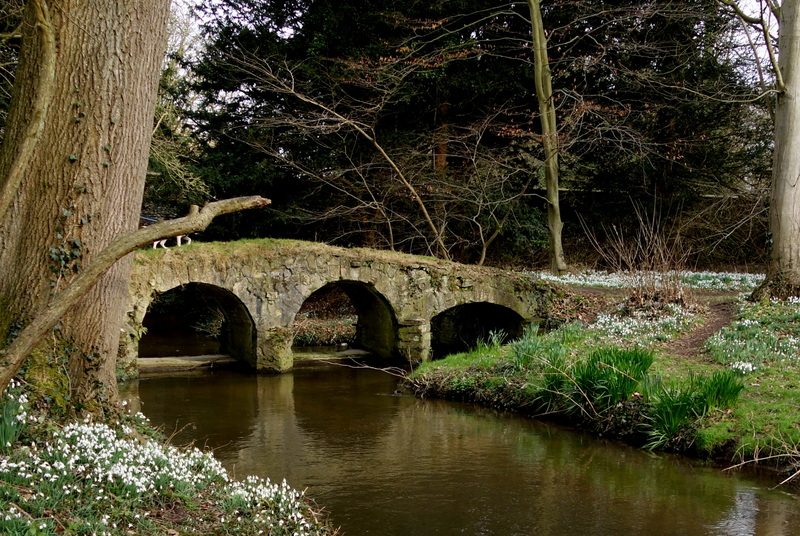 You’ll probably want at least a couple of hours. This way you can fully wander around the ground, check out the abbey and perhaps stop for some tea and cake at the onsite cafe.

When is the best time to see the Walsingham Abbey snowdrops? 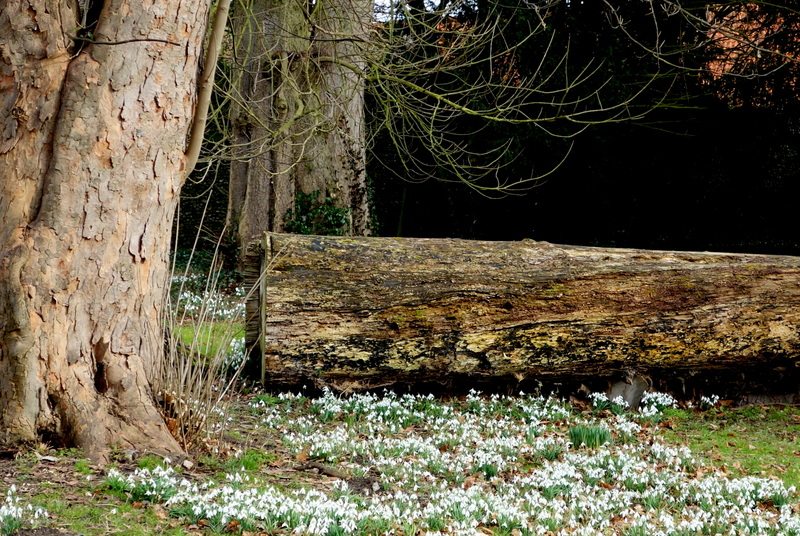 Snowdrop season at Walsingham Abbey is usually from late January to early March. The Abbey is open daily from 10am – 4pm.

How to get to Walsingham Abbey

Take the A148 eastbound from King’s Lynn and follow signs to Walsingham. The entrance to the abbey is at the Shirehall Museum in Common Place.  You can park at the Old Mill Car Park which is pay & display. It’s just a 2 minute walk from there.

I need to figure out how far from my family home this is - looks gorgeous! Lauren xx www.thelifestylediaries.com

I hope you get to go, apparently they've got loads of daffodils there now! x

After the snowdrops there will indeed be masses of daffodils here, lots of different varieties and we planted over 1,000 more last autumn.

I've never been, and now I'm gutted I didn't plan a Winter trip back home. I wont be in Norfolk now until Easter weekend and the snowdrops will be long gone :( Please tell me they are replaced with amazing daffodils? Oooooooh while we're here, do you know anywhere good in Norfolk to see loads of daffs?

Look like Walsingham will have loads of daffodils shortly, sure they'll be there over Easter! Or this place looks promising: http://www.hindringhamhall.org/the-gardens/ xx