If France has a reputation for one thing it’s the food and drink. From the cheeses to the wines, the champagne and the charcuterie, croissants, macarons and more. Each region, or départment, of France has its own specialities and you simply can’t visit France without filling your belly with as much food as possible.

The Dordogne Valley is no exception to this. In fact, besides being home to France’s most beautiful villages, it’s widely considered one of the most important food regions of France.

Within 30 minutes of arriving at Bergerac airport I was treated to a casse-croute (French for snack) showcasing some of the region’s specialities alongside a glass of sweet, white wine (Château Monbazillac) to wash it all down with. It was then I knew the trip wouldn’t just be full of adventures and exploring, it’d be full of fantastic food too.

Here are the food and drink you simply can’t miss when you visit the Dordogne Valley. 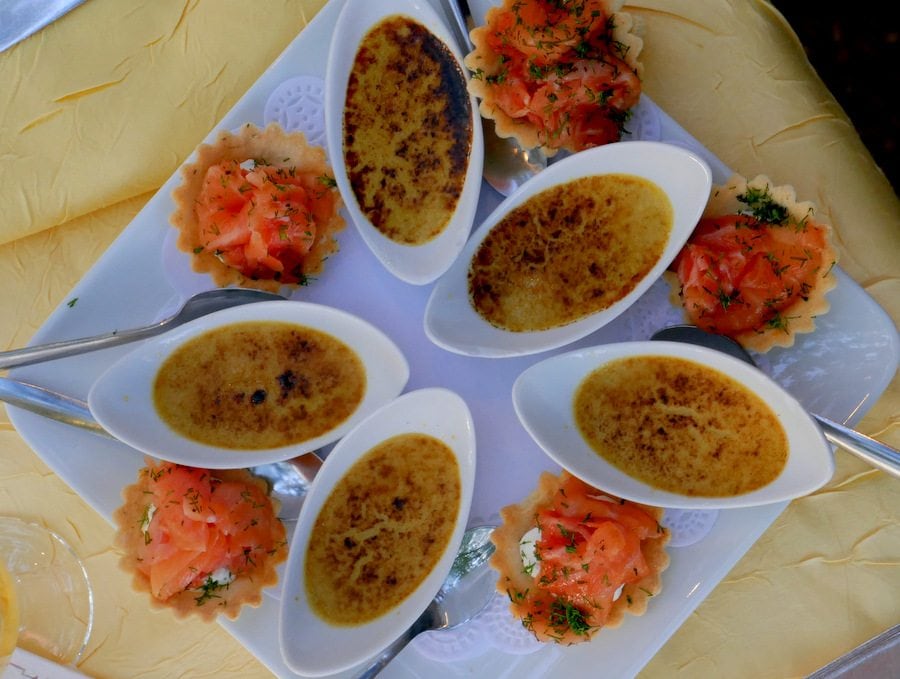 Despite the controversial means of production, it must be said that foie gras is delicious when spread on toast (tartines).

The Dordogne is also the foie gras capital of France and there’s even a festival dedicated to this French delicacy on 3rd February each year in Sarlat called Sarlat Fest’Oie. 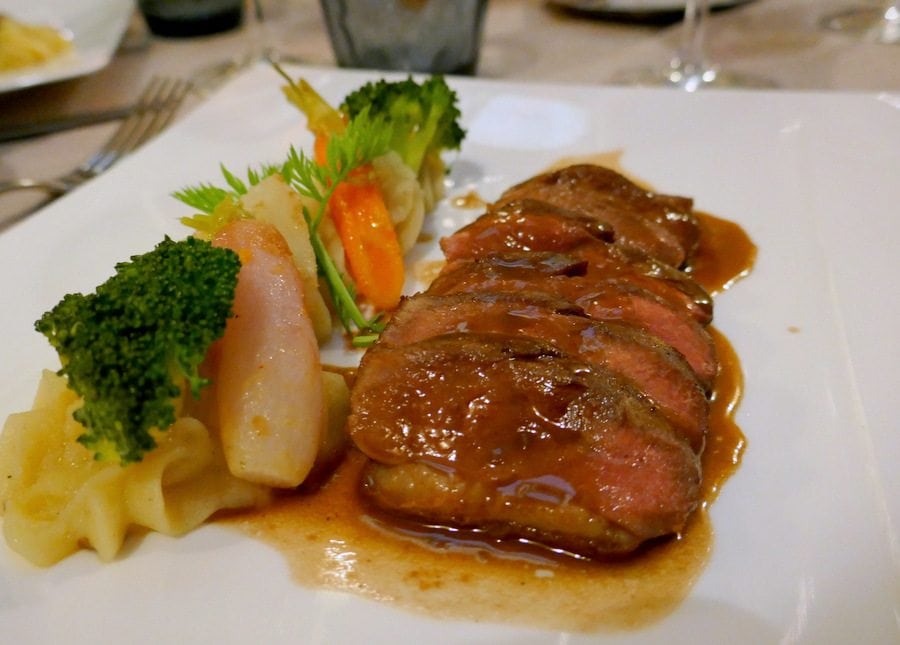 I don’t think I eaten as much duck in my whole 25 years of existence as I ate in four days exploring the Dordogne Valley. Not that that’s a bad thing by any means…

I ate duck in many forms and all were delicious much as you’d expect considering The Dordogne is the duck capital of France. Rillettes, maigret de canard (cured duck), duck in salads and duck in red wine sauce go to the Dordogne Valley and eat it all.

A shout out has to go to the Le Présidial restaurant in Sarlat where we were treated to the most tender duck I’ve ever eaten in my life. The view from the restaurant’s private terrace topped it off. 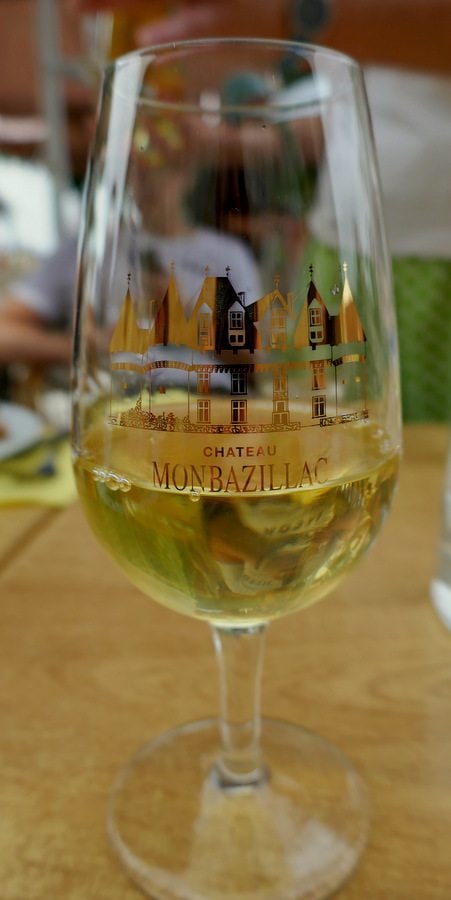 I’ve gone off white wine a bit in recent years finding it a bit too acidic (probably because I’m only ever drinking the cheap stuff) but trying a glass or three of Château Monbazillac was a pleasure. This wine is sweet but not too sweet that it’s like a syrup. Basically it goes down very easily and should you find yourself in the Dordogne Valley you need to drink some of this! 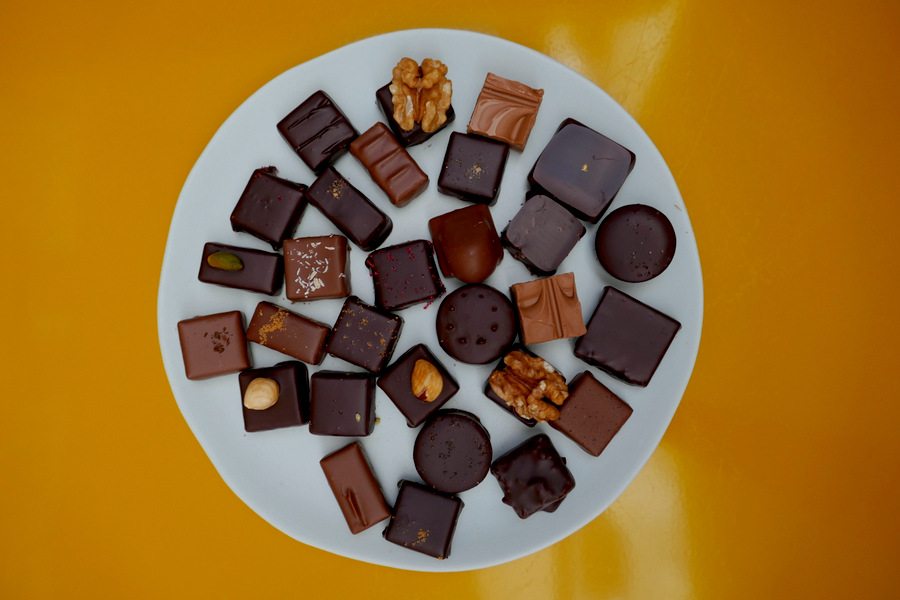 Whilst Belgium and Switzerland have somewhat of a monopoly on chocolate, France has its fair share of chocolate makers too and a trip to Chocolaterie Lamy chocolate shop in Brive is a must.

Head up to their tea room and relax on the gorgeous terrace while drinking and eating delicious chocolates.

I’ve actually had a bottle of this sitting in my cupboard for the past few years which was given to me as a leaving present when I left the schools I was teaching at in Grenoble. I’ve yet to crack it open, but had I known how delicious not was then I’d definitely have had a few glasses before.

In the case of vin noix, noix stands for walnut, so you’re getting walnut wine. We tried the Vin Noix made La Vieille Prune who also (as the name suggests) make a great plum wine amongst other liqueuers. Vin Noix is a syrupy tasting wine that makes for a great aperitif with friends! 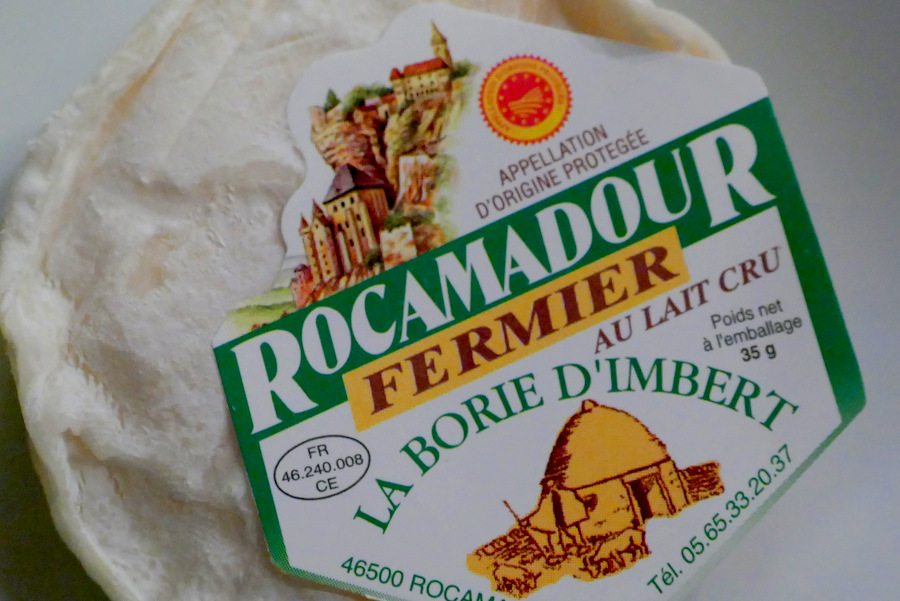 I couldn’t possibly miss out a type of cheese when writing about the best food and drink in the Dordogne Valley. Each region of France has its own cheese specialities and the Rocamadour fromage from one of France’s most beautiful towns shouldn’t be missed.

It’s a creamy goat cheese that isn’t too goaty, if you know what I mean, nor too strong.

You’ll find it served as part of the cheese course at most restaurants in the area or you can pick it up at the markets and supermarkets.