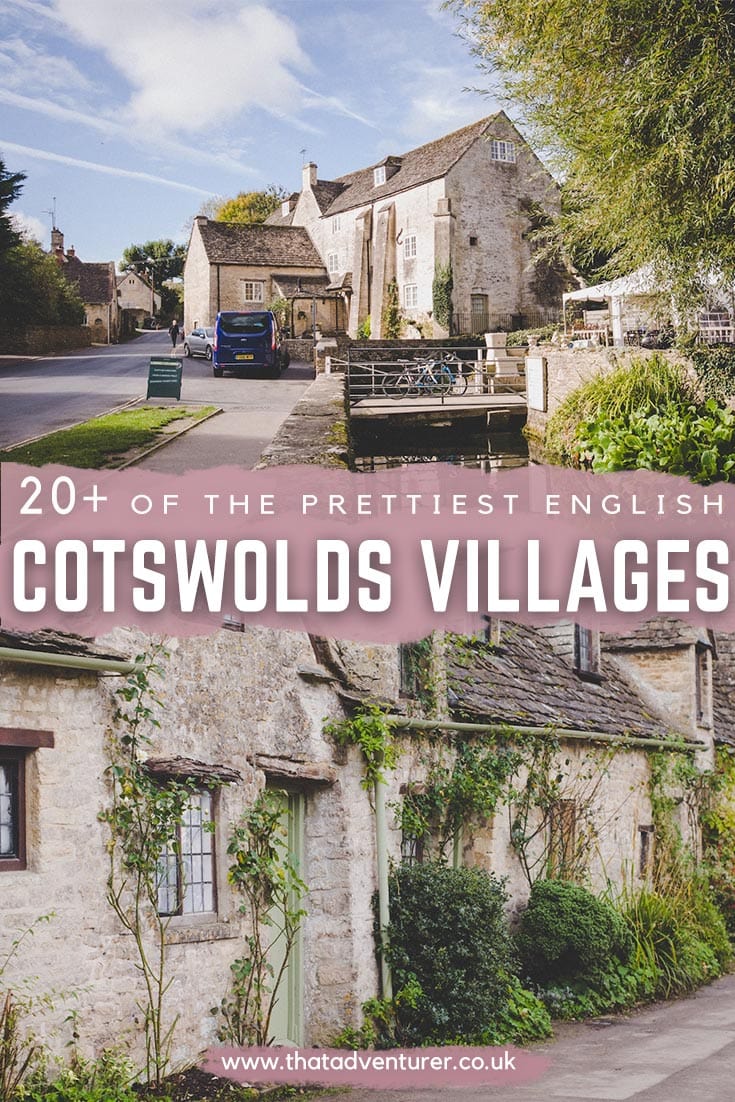 The prettiest Cotswolds villages and the best towns in Cotswolds

Working mostly north to south, this guide to the Cotswolds prettiest towns and villages will give you a little information about each place. I’ve also given some background to the area itself, as well as some suggestions for things to do and where to stay in the Cotswolds.

I hope you have fun exploring this beautiful English countryside, checking out these villages of the Cotswolds.

Where are the Cotswolds? 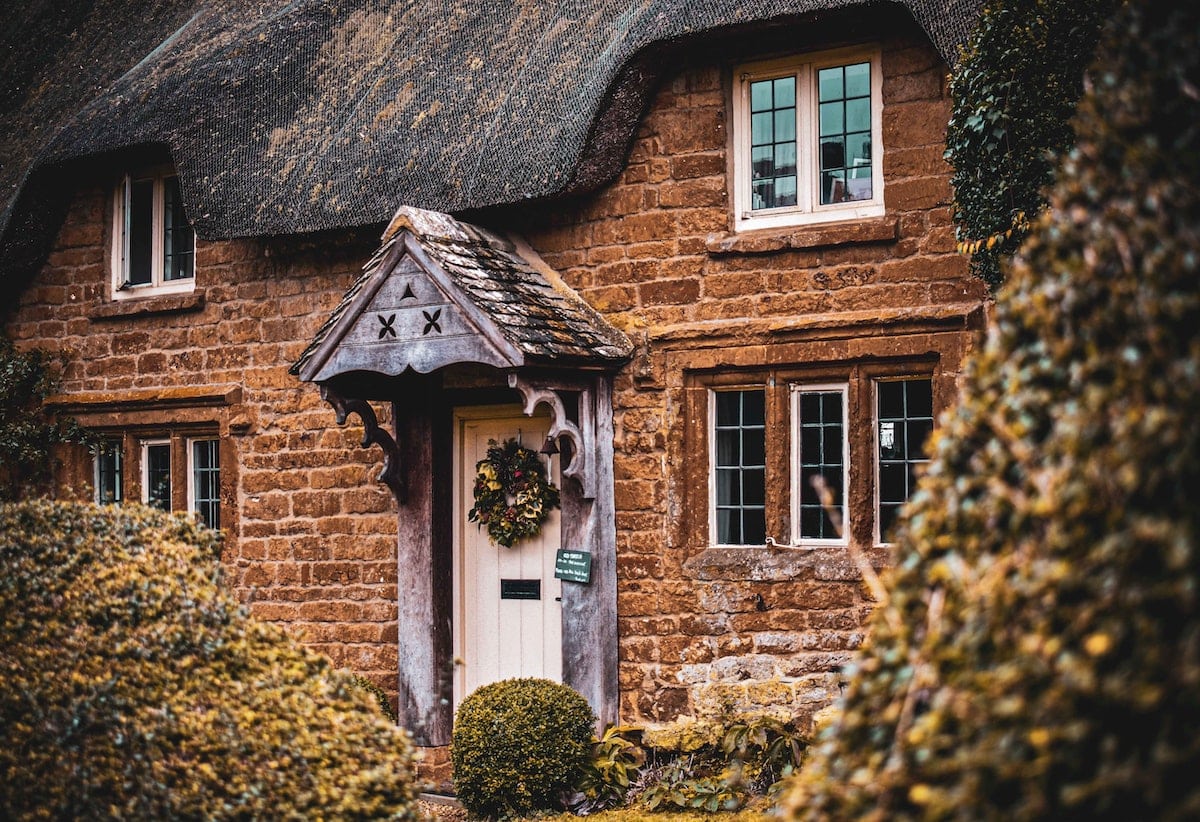 Perhaps you’re wondering “what are the Cotswolds?” and just where exactly are they? Wonder no more with this Costwolds travel guide!

The Cotswolds are a part of south-central England in the UK. The Cotswolds AONB (area of outstanding natural beauty) stretches for over 800 square miles, covering 6 counties  (the UK equivalent of States and Provinces) including Gloucestershire and Oxfordshire.

One of the most notable things about this area is the Cotswolds stone. It’s a yellow limestone that makes the buildings in the Cotswolds unique and super pretty too.

If you’re up for a long hike, you could walk the 102-mile long Cotswold Way walking trail. This Cotswolds hiking trail follows the Cotswold Edge escarpment in Bath to Chipping Campden in the north of the region.

During the Middle Ages, the Cotswolds became rich from the wool trade which has resulted in many of the beautiful manor houses and churches that you’ll come across as you take a Cotswolds tour. Many areas may look familiar from TV shows including Downton Abbey, Harry Potter and Poldark (or just from your Instagram feed!).

The Cotswolds on a map 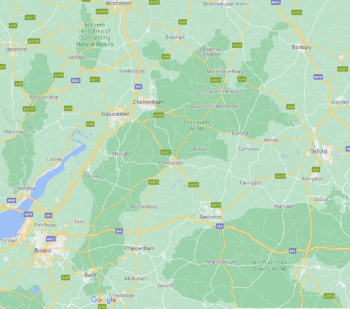 Cotswolds things to do, England

There’s also the famous Cotswold Wildlife Park, plenty of Cotswolds castles and manor houses, and plenty of trails in the area for you to get outside and walk. Sure, there’s no coastline, but there are plenty of lakes, rivers and canals!

Where to stay in the Cotswolds

It’s definitely worth planning a Cotswolds weekend trip. Here are some suggested Cotswolds hotels and best Airbnbs in the Cotswolds to stay at during your stay in some of England’s prettiest villages!

The market town of Chipping Camden in the Cotswolds enjoyed huge wealth in the Middle Ages thanks to wool merchants. Nowadays its the place to go for art as it’s home to the Guild of Handicrafts. There’s also the Court Barn museum which showcases the work of designers from the Arts & Cragts movement at the turn of the 20th Century.

Besides the art, stroll down the historic high street and the Market Hall; a Cotswold National Trust property. The hall was built in 1627 by Sir Baptist Hicks and originally housed cheese, poultry and butter traders as they passed through the small market town.

A quieter Cotswold village, Blockley is towards the north of the region and is a cute little village. There aren’t exactly many Cotswolds activities here, but it’s still worth getting out of your car to wander around and perhaps popping in for a traditional pub lunch at one of the pubs in Blockley, or a coffee from the cafe. 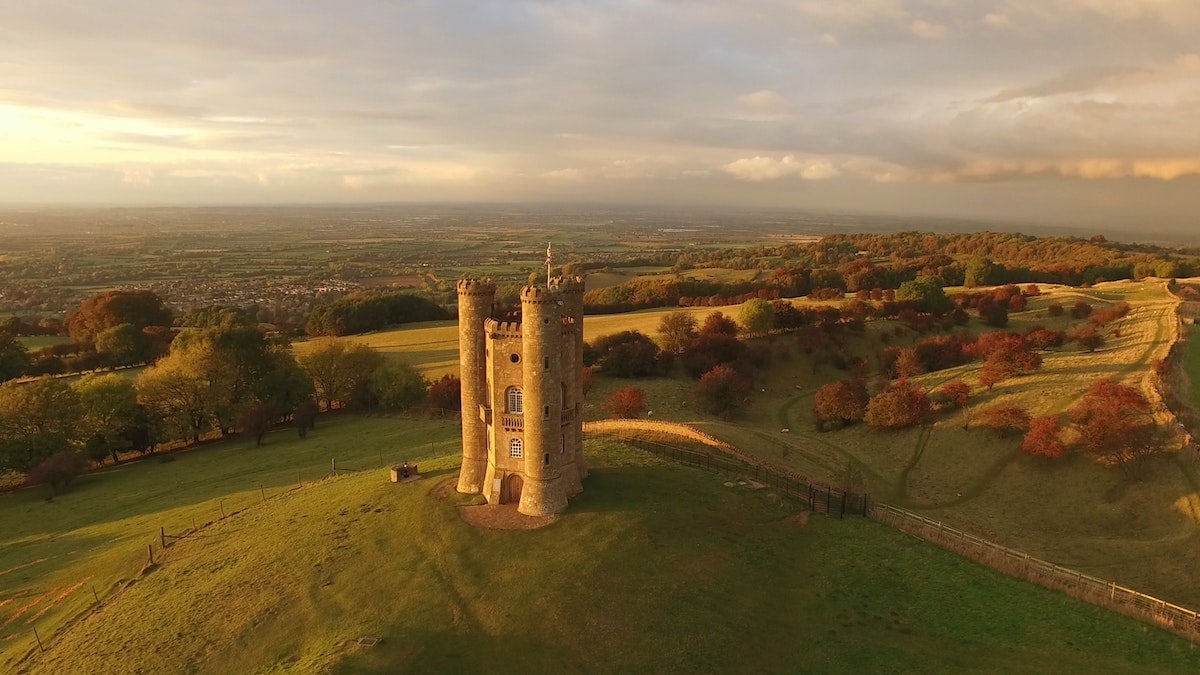 Broadway states it’s the ‘jewel of the Cotswolds’ and is a very charming town that’s played host to a number of films. This picturesque Cotswold town is in the county of Worcestershire. It has a pretty high street full of shops, museums, cafes and restaurants. There are also historic hotels that date as far back as the 1300s!

Be sure to make time to visit Boadway Tower, or wander the Broadway Museum and Art Gallery. The Art Gallery is in a 17th-century coaching inn and showcases a collection of art and furniture alongside temporary exhibitions, talks and art classes.

Not far from Broadway, fans of Bridget Jones’ Diary might recognise parts of Snowshill as Bridget’s parents’ house as they wander around the village.

One of the top things to do in Snowshill is to visit the Snowshill Manor which used to house Charles Wade’s unusual collections. Alternatively, if the weather is nice, take a wander around the village to fully appreciate its cuteness.

Winchcombe is the place to go if you enjoy wandering around antique stores. There are plenty of them here as well as independent coffee shops to help provide the energy for some shopping!

If you only have time for one shop, make it the Winchcombe Antiques Centre. The centre is home of a maze of rooms full of unique items that could easily fill a few hours. In the basement, there’s a little cafe with cakes and drinks in case you get peckish!

One of the more well known Cotswolds villages, Stow-on-the-wold is a hilltop market town which used to be the site of an Iron Age fort.

The town centre has several galleries and antique shops (noticing a theme?) and for keen hikers and hill walkers, there are many Cotswolds hills and walking trails in and out of Stow-on-the-wold.

One of the best things about Kingham is that it’s easily accessible by train so you can get from the Cotswolds to London on public transport.

If you love spotting beautiful houses and gardens then be sure to check out Kingham on your Cotswolds visit. There are beautifully manicured Cotswolds gardens and hedges hiding Cotswold stone cottages and you’ll find a photo opportunity everywhere you look. Popping into the Daylesford Organic Farm nearby is well worth doing too! 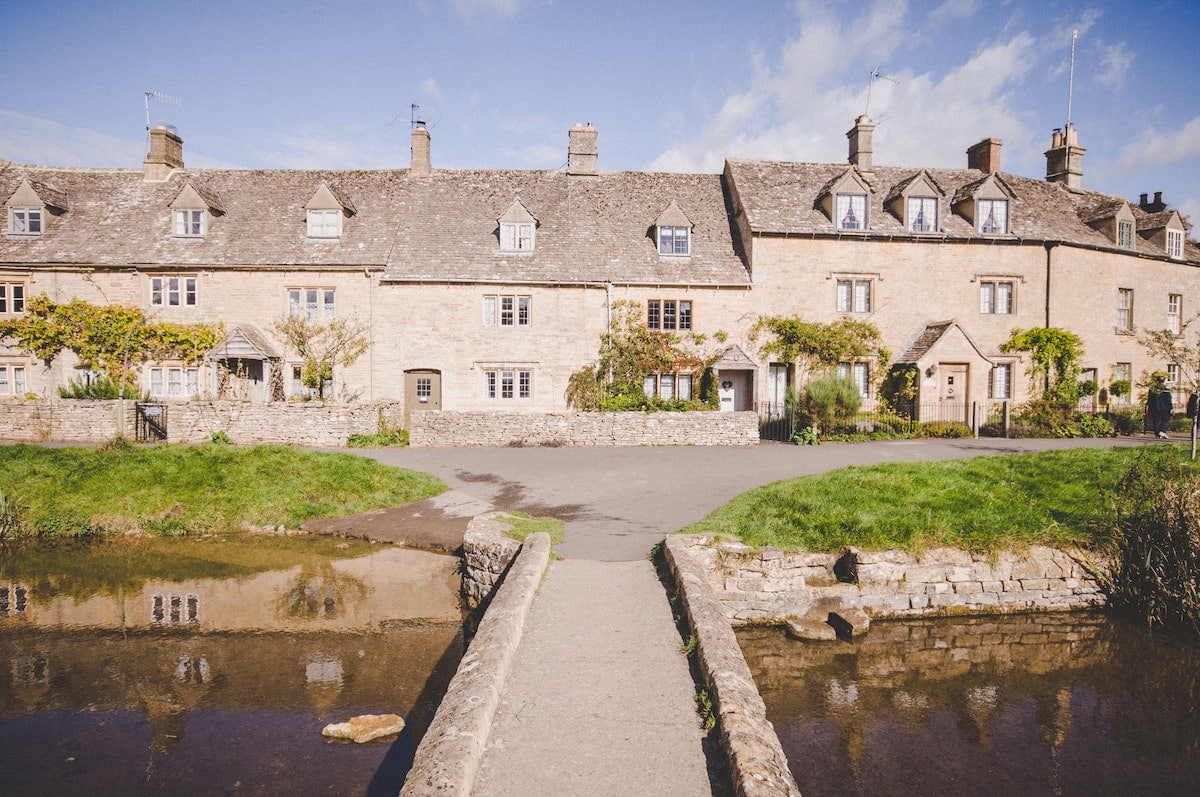 Ugly name, beautiful villages, the villages of Lower Slaughter and Upper Slaughter are in the peaceful countryside of the Cotswolds.

There aren’t exactly tourist attractions, the windy lanes and the houses are the attraction at the Slaughters in the Cotswolds. Enjoy the River Eye which runs through the middle of Lower Slaughter and the cute cottages of Upper Slaughter.

In Lower Slaughter make sure to walk towards the water mill and grab some photos on the bridges. Upper Slaughter is the quieter of the two as there is less to see, but since you’re nearby you may as well stroll through the village. 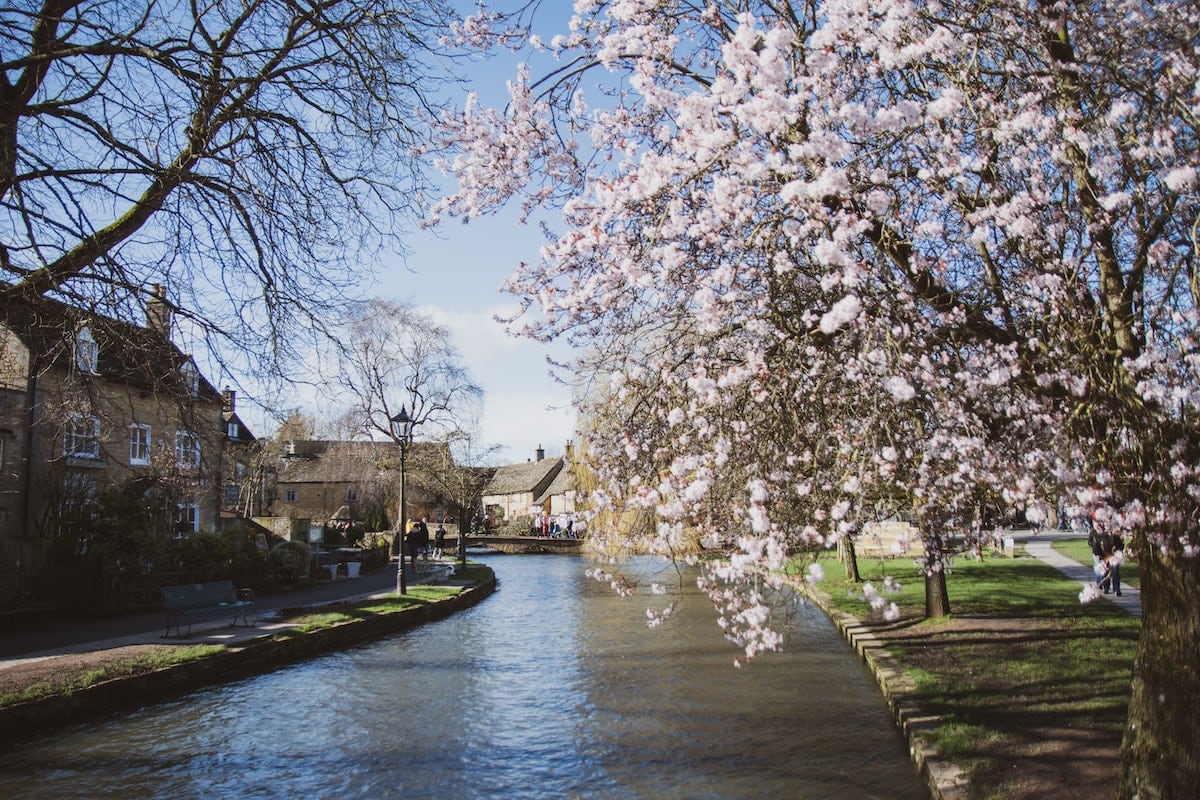 This village is often named one of the prettiest villages in the Cotswolds and even the whole of the UK and sometimes as the ‘Venice of the Cotswolds’. This is because of the small bridges crossing over the River Windrush at the village’s centre.

Guiting Power is a tiny little place but if you’re taking a road trip through the Cotswolds is well worth driving through. Small though it is, there are still a couple of great pubs to visit.

Not far from Stow-on-wold, Naunton is a secluded little village. Pay a visit to Naunton Dovecote; which offers a glimpse of the area’s history. The River Windrush makes a nice stream for a swim on a warm summer’s day too. 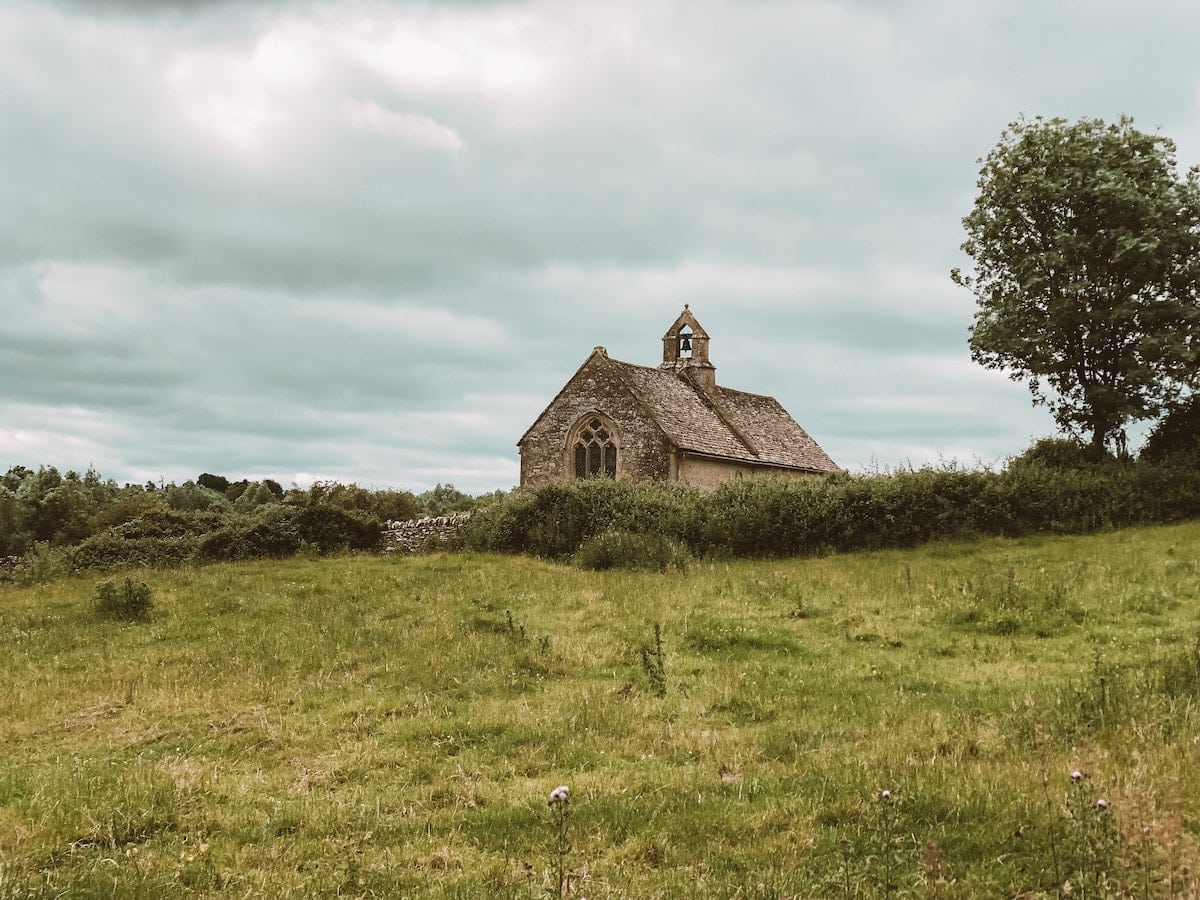 In 2009, Forbes listed Burford as one of the most idyllic places to live in Europe and it’s easy to see why. A medieval village, Burford is full of extremely old architecture including the bridge dating back to the Middle Ages and a very ancient church. It’s not just these buildings which are old, Burford is also said to have England’s oldest pharmacy!

If you’re a book lover, make sure to shop at the Madhatter Bookshop in Burford and explore the other boutiques and cafes while you’re there. 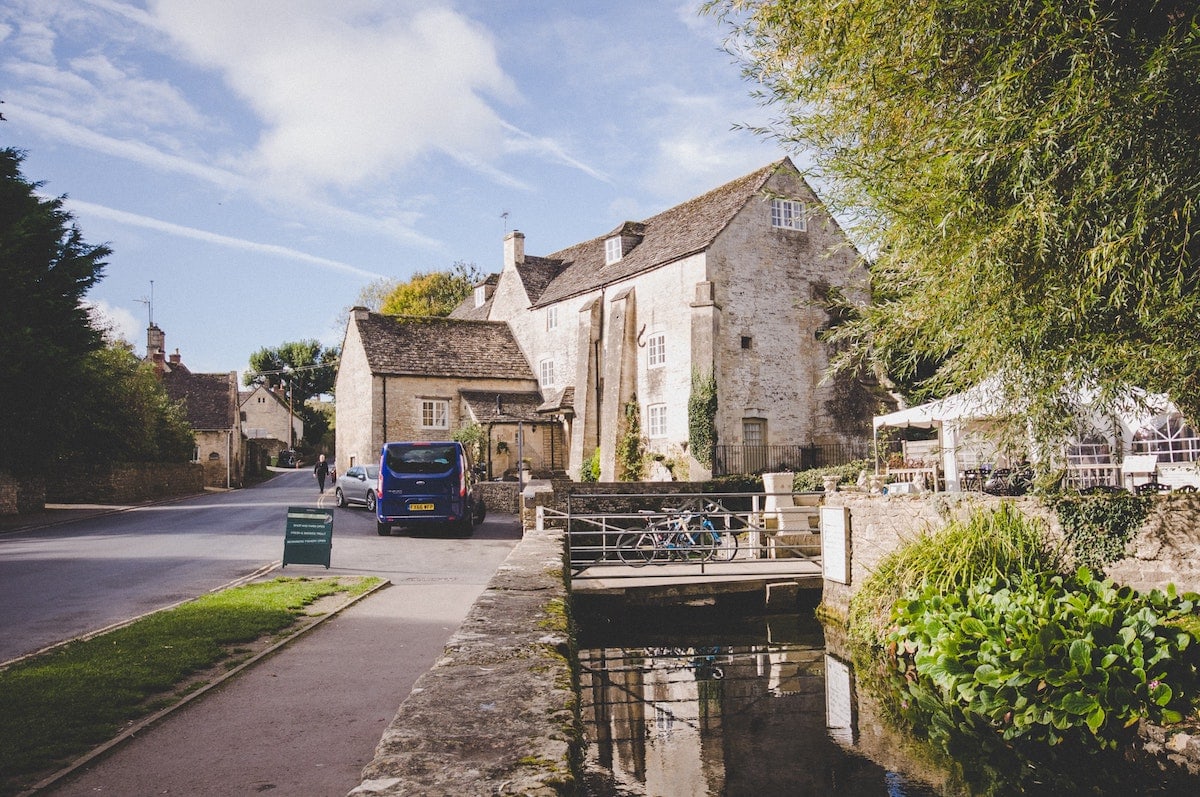 The Cotswold village of Bibury is best known for ‘Arlington Row.’ This row features the Cotswold cottages that make up the pages of British passports! The cottages here are from the 17th Century and they’re the main draw for visitors to the village.

Besides Arlington Row, there is a beautiful water meadow known as Rack Isle which plays home to a lot of wildlife in the Cotswolds. If you stay a while you may see kingfishers and water voles!

The village pub, The Catherine Wheel, is a family-run pub that’s well-worth stopping in at before leaving Bibury.

Chedworth’s most popular thing to do is to visit the Roman Villa. This village is around 2,000 years old and is definitely something unique!

Another funny name, this Cotswold village is equally full of cute cottages. The village church has its own superstition revolving around the number of trees planted there. Currently, there are 99 yew trees and it’s believed the 100th tree will die on being planted!

Elsewhere, you can enjoy an afternoon tea or stay in a luxurious manor house for the night.

Garden lovers should visit the Rococo Garden just outside of Painswick. This garden was created in the 1700s and features an unusual mix of plants.

Otherwise, you could walk from Painswick to Slad; our next Cotswold village to visit!

Slad is a tiny little village and if you’ve walked here as suggested above, you should get a pub lunch as a reward!

Laurie Lee, the author of Cider with Rosie and As I stepped out one midsummer morning, is buried in the churchyard in Slad! 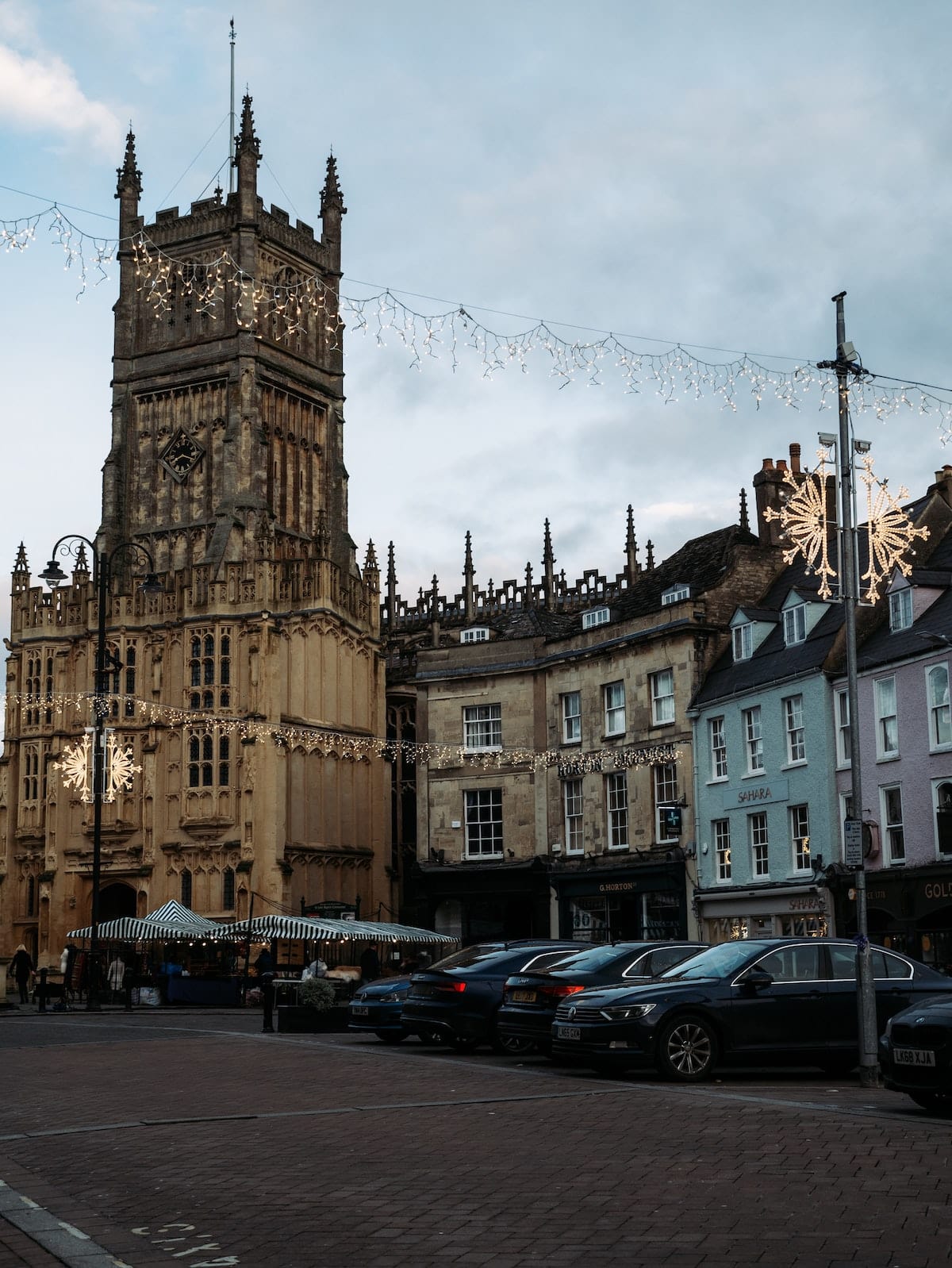 The town of Cirencester is most well known for being the ‘Capital of the Cotswolds’. It’s located along the River Churn and some of the best things to do in Cirencester are to visit the Roman history Corinium Museum or Cirencester’s Roman amphitheatre.

Sapperton is another of the best Cotswolds villages to visit. It’s full of pretty Cotswolds cottages, a pub and, of course, has a cute village church: St Kenelm’s Church. It’s actually worth going inside Sapperton church as it’s got a beautiful interior.

Tetbury is often considered to be the southern gateway to the Cotswolds. Walk by the Grade I-listed historic market hall and then stroll through the rest of the town. Nearby, the National Arboretum at Westonbirt makes the perfect places to visit for a summer or autumn picnic!

Malmesbury is a beautiful town known for its large abbey. Today you’ll find plenty of independent shops and eateries to keep you entertained! 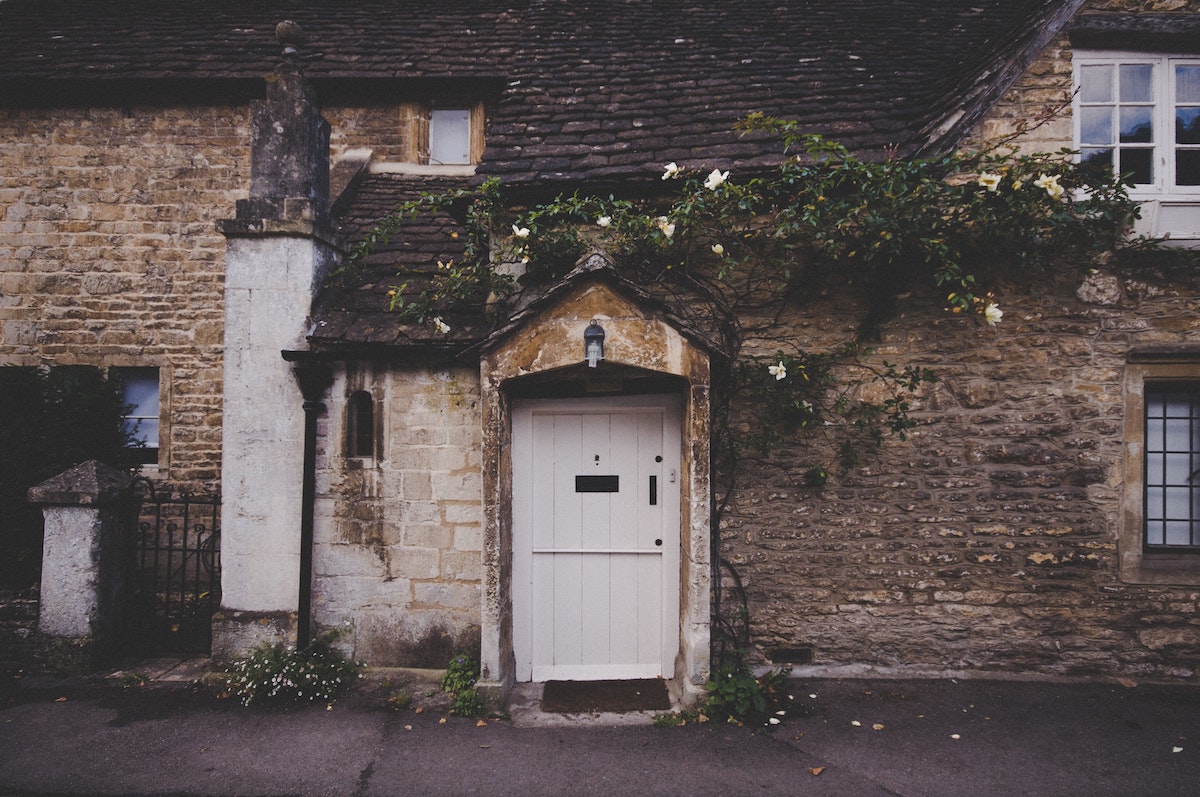 One of the most typical English villages you’ll come across is Castle Combe which gets its name from the nearby 12-th century castle. Another contender for the prettiest town in the Cotswolds, Castle Combe has been used as the backdrop in many films thanks to the pretty streets.

Wotton-under-Edge could be considered one of the Cotswold’s best-kept secrets! It’s home to many a pub and tea room! The almshouses are perhaps the highlight in terms of pretty buildings to see with their little chapel and spire.

If you fancy something spooky, head to the Ancient Ram Inn which is a centuries-old former inn & pub claiming to be England’s most haunted house due to ghost sightings!

Hopefully, this has helped plan your Cotswolds UK trip. Have fun!