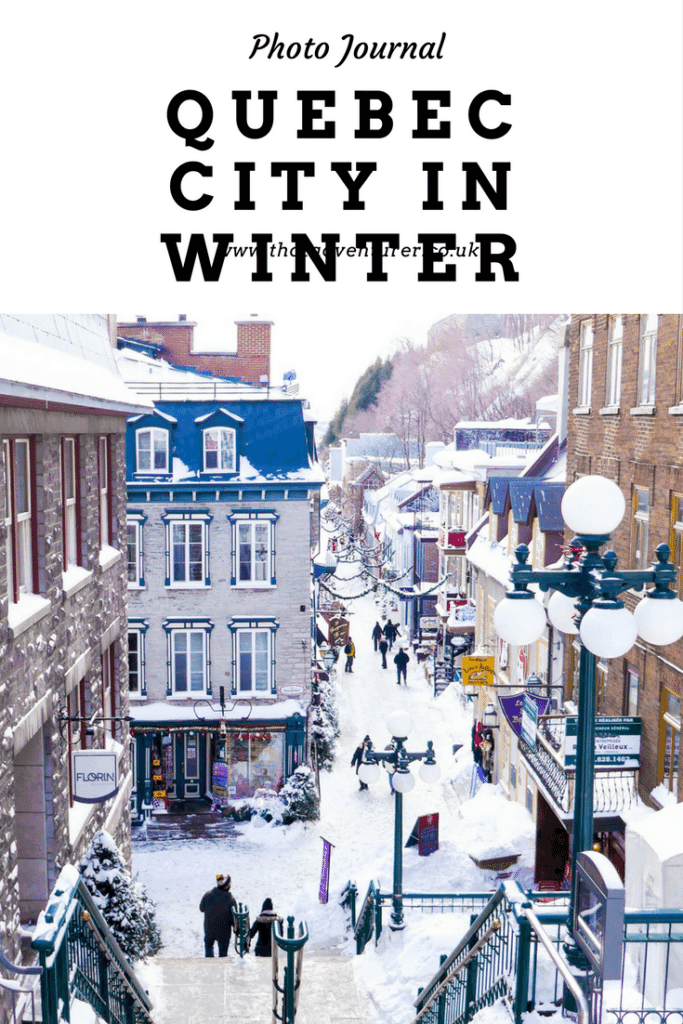 I’d heard Quebec City was supposed to be pretty. What I didn’t realise was just how pretty it was.

Covered in snow and at temperatures of -25 degrees, Quebec City was a real life winter wonderland. The Christmas decorations were still up adding to that touch of magic and the streets were virtually empty. Just what we like on our adventures!

When you wander the streets of Quebec City in winter you’ll feel as though it’s always Christmas. 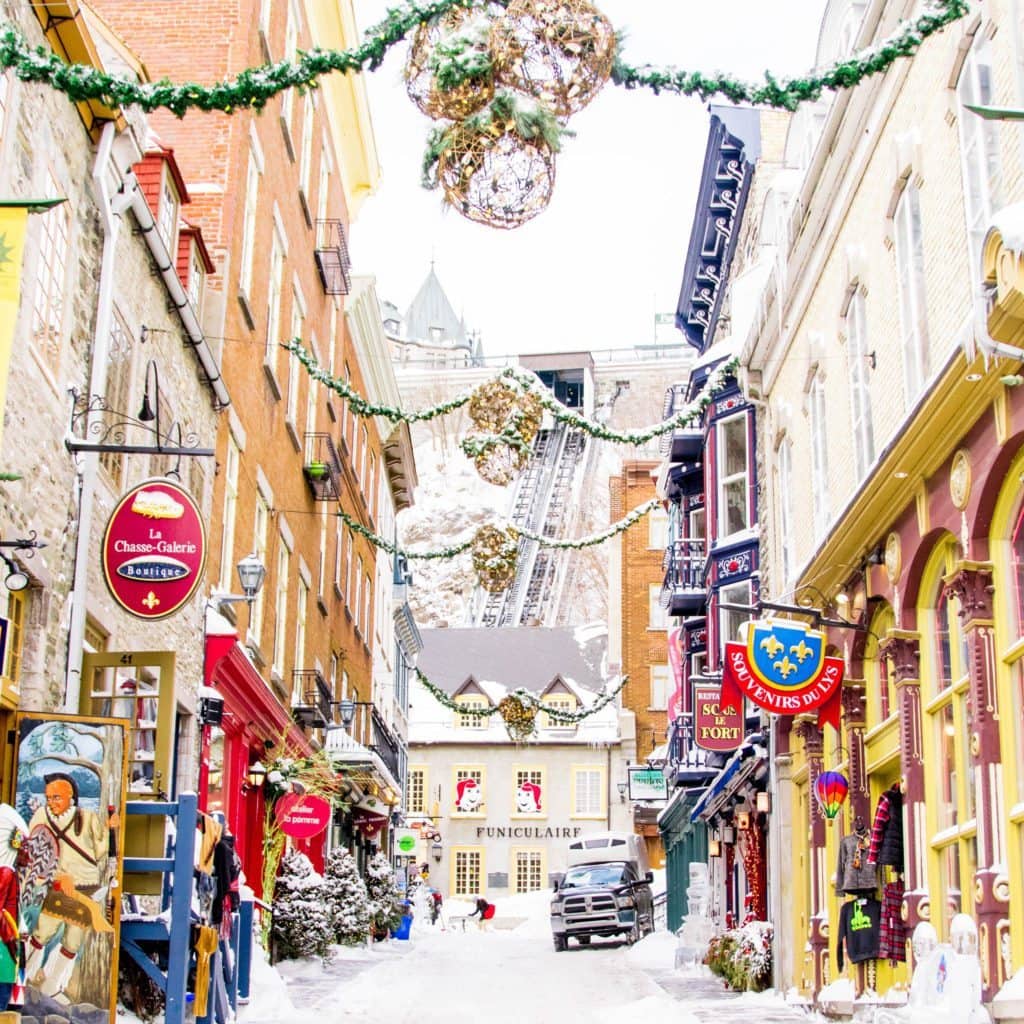 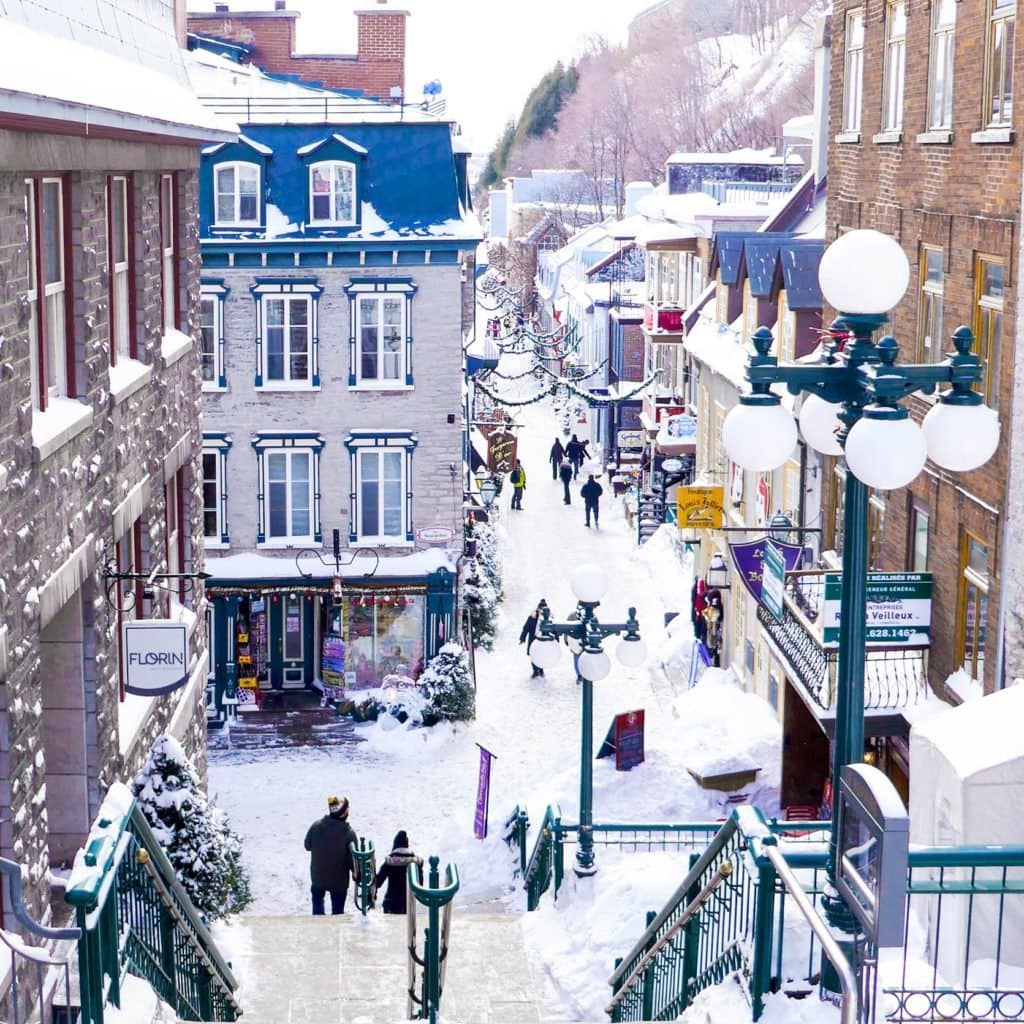 Chateau Frontenac looks particularly glamorous in the snow (as you’d expect for a luxury hotel!) 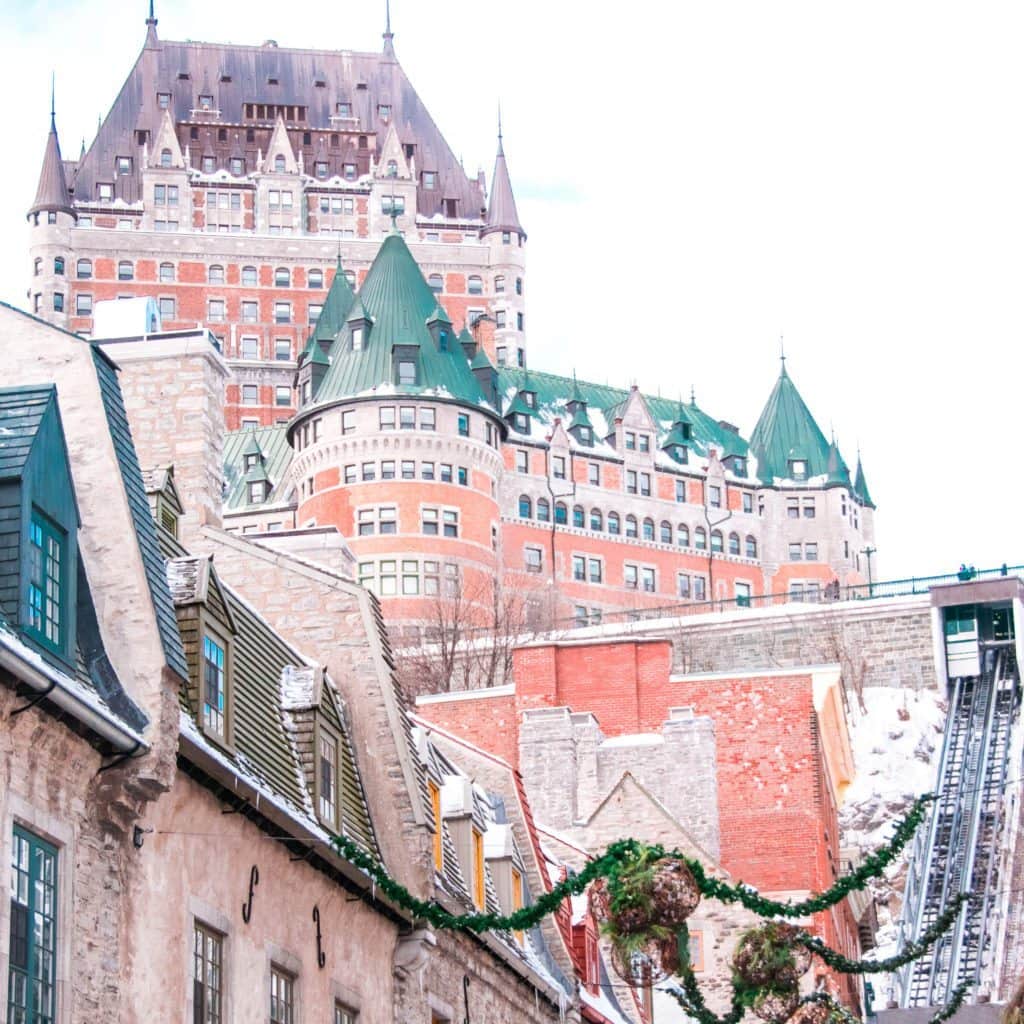 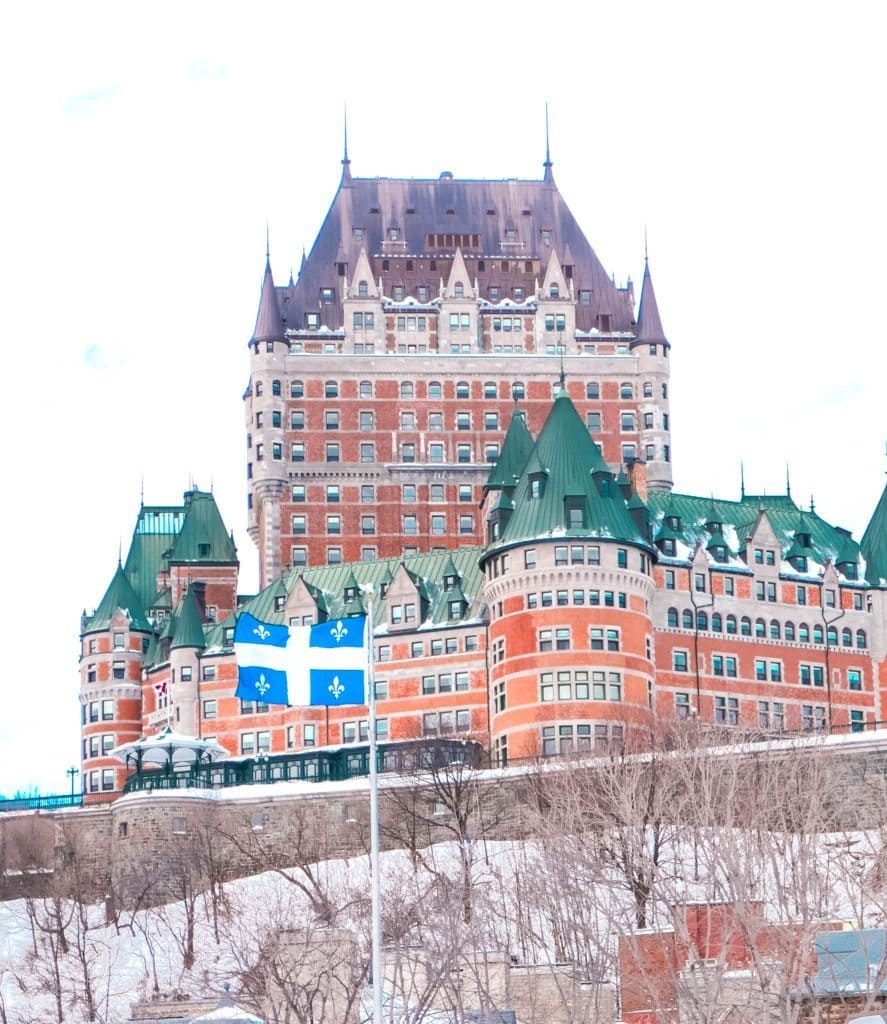 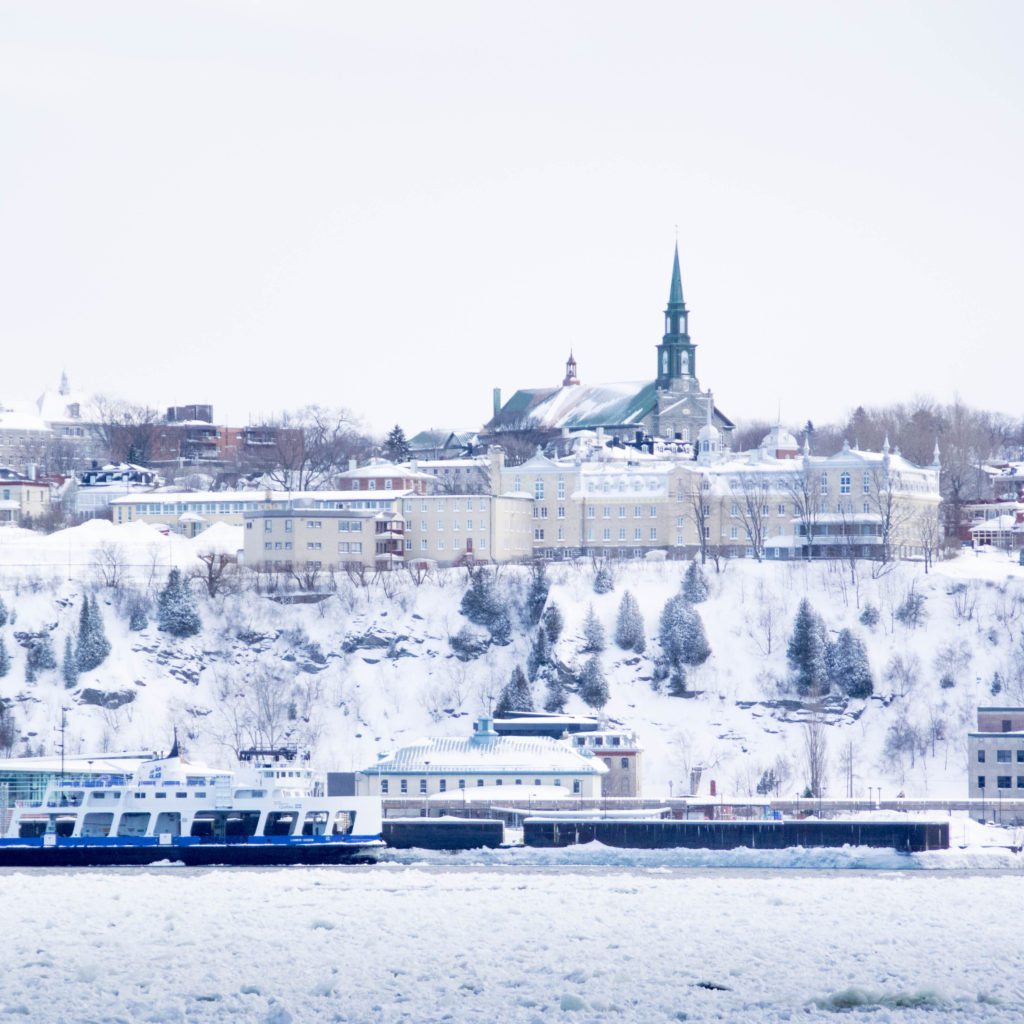 …that’s until the ferries cross it and break the ice in to chunks which glide downstream. 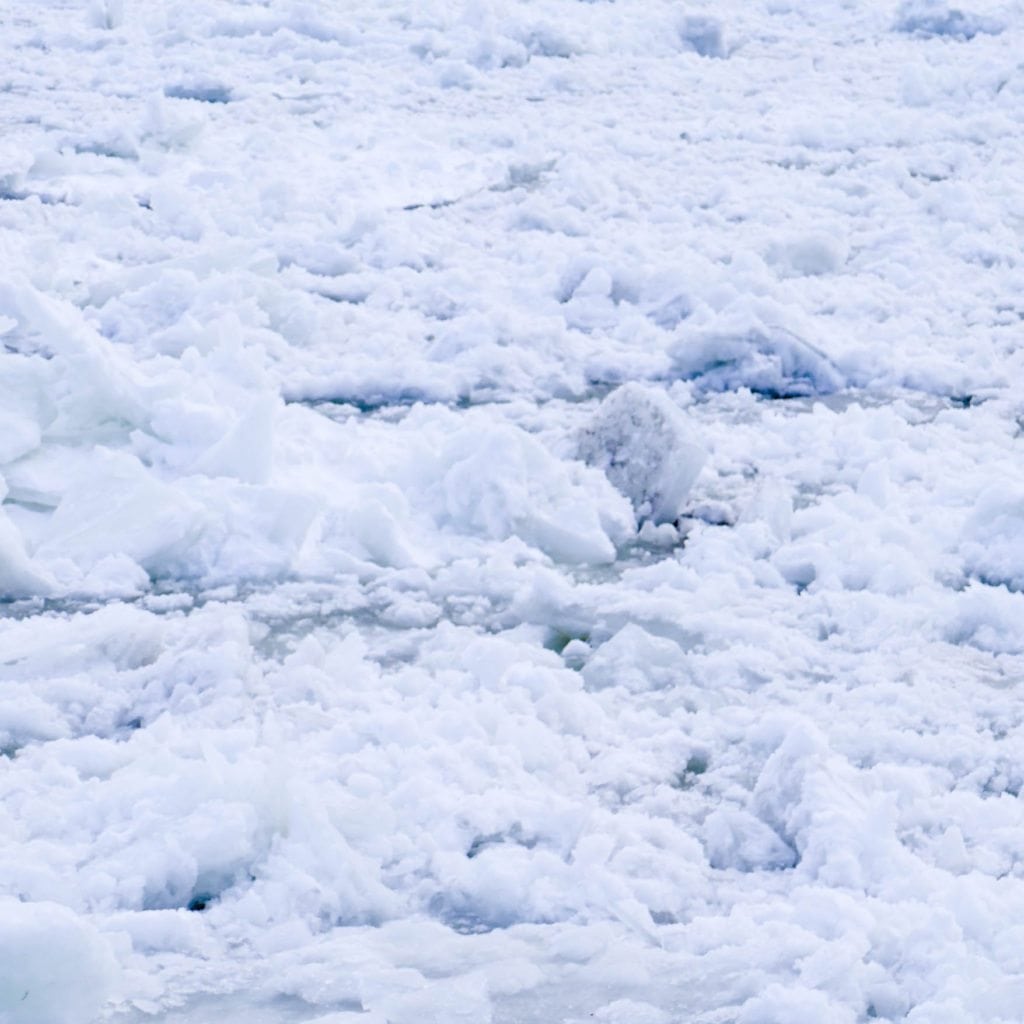 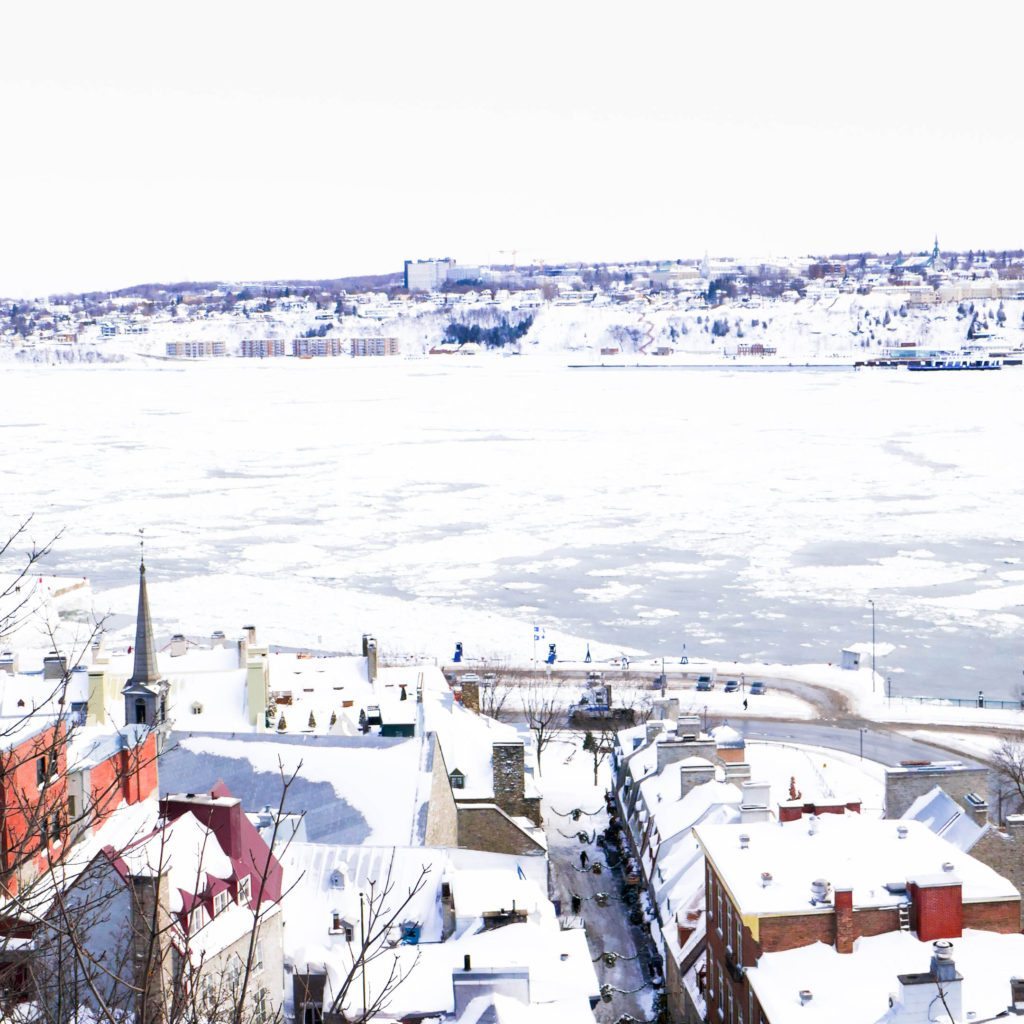 And one thing’s for sure, you’ll never be short of snow in a Quebec Winter! 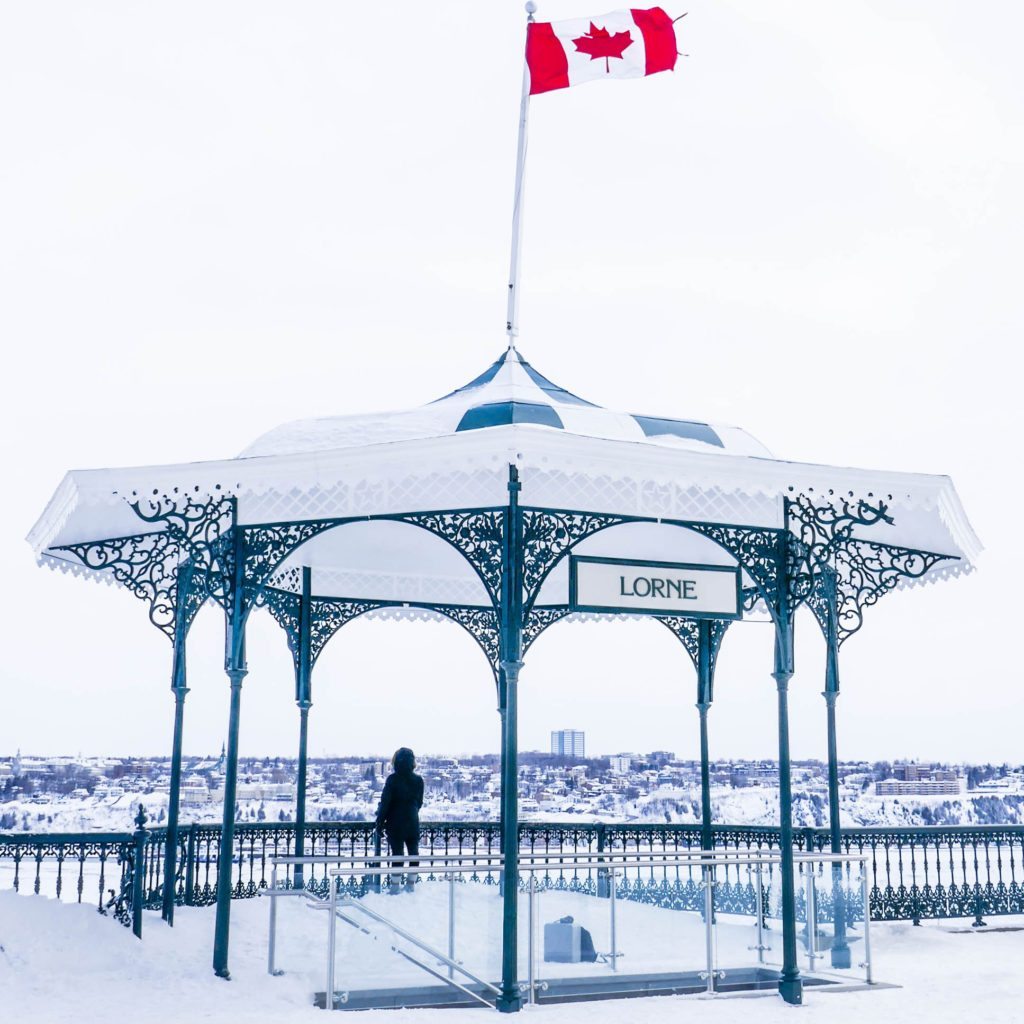 Our first month in Canada | That Adventurer