If you’re visiting Gothenburg and looking for things to do in Gothenburg I’d highly recommend taking the ferry out to the islands. It’s a great addition to any Gothenburg city break whatever the season! Here’s how to add a Gothenburg archipelago tour for your Gothenburg travel itinerary. 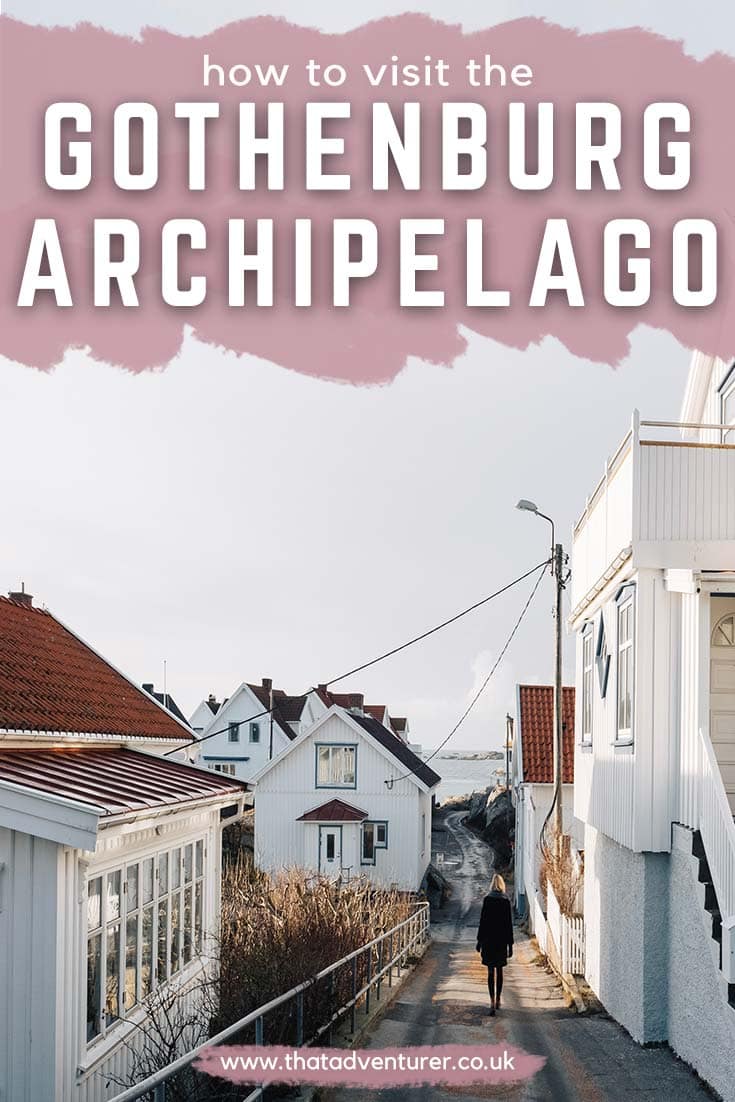 About the Gothenburg Archipelago

The Gothenburg archipelago is made up of more than 20 islands. It stretches along the western Swedish coast and isn’t far from the city of Gothenburg making it the perfect addition to any city break to Gothenburg. In the archipelago, you’ll find charming fishing villages, beautiful nature and beaches, seals, fishing and more.

The archipelago is split a northern collection of islands and a southern part. We visited the southern part which is known for being carfree. The islands in the southern archipelago are; Asperö Ostra, Köpstadsö, Styrsö Bratten, Styrsö Skäret, Donsö, Sjumansholmen, Kårholmen and Vrångö.

Here’s a map of the ferry routes and the names of the islands in Gothenburg’s southern archipelago.

How to get to the archipelago from Gothenburg centre

Getting to Gothenburg’s southern archipelago couldn’t be simpler.

From Gothenburg take the #11 tram (or number 9 in the summer) or bus 114 (destination Ö-snabben) to Salthomen. Both take around 30 minutes from downtown Gothenburg.

The port of Salthomen is in western Gothenburg and is where you’ll catch the ferry to the islands. The ferries are run by the same company as the trams, so if you’ve bought a tram pass you can use it on the ferries too! A day pass for the ferries costs about 85SEK ($10US).

Ferries to and from the islands vary time wise but it’s roughly every hour to the bigger islands (Asperö, Brännö, Köpstadsö, Styrsö, Donsö and Vrångö). During peak season the boats depart a bit more often and there are also boats to the smaller islands Knarrholmen and Stora Fotö. You can see the full schedule here.

The ferries out to the island are listed below, you can see a map of the southern Gothenburg archipelago just above to get your bearings.

Since the islands that make up the Gothenburg Archipelago are car-free, these aren’t car ferries. You can’t bring your car on to them and everyone will embark as foot passengers.

Where to stay in Gothenburg

We stayed at an Airbnb which is no longer available (see other Gothenburg Airbnbs here!) whilst in Gothenburg which I absolutely loved. It was close to transport links and just super cosy.

If you’d prefer to stay in a hotel, here are a few of my budget-friendly top picks for where to stay in Gothenburg.

Islands in the Gothenburg Archipelago that we visited 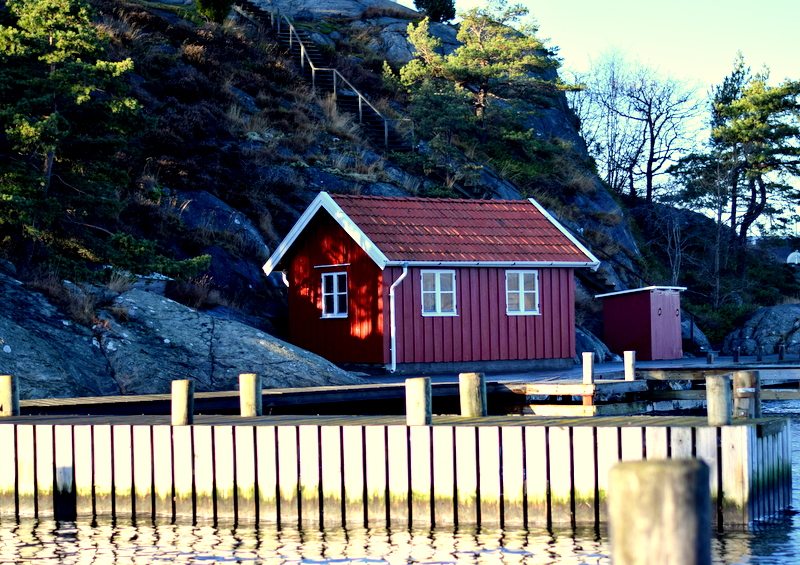 We didn’t visit all the islands in the southern Gothenburg Archipelago but we did manage to see quite a few on a short, cold winter’s day!

Our first stop was Styrsö one of the larger islands. Styrsö is located in the middle of the southern islands and has about 1,400 people living on it all year round, with a much larger number come the summer!  It can be considered the hub of the southern archipelago.

On Styrsö there are a few cafés, guesthouses and restaurants. There plenty of places to swim and lots of small ports with sailing boats. The ferry from mainland Gothenburg only takes about 20 minutes and taking a stroll around Styrsö and over to Donsö is well worth it! 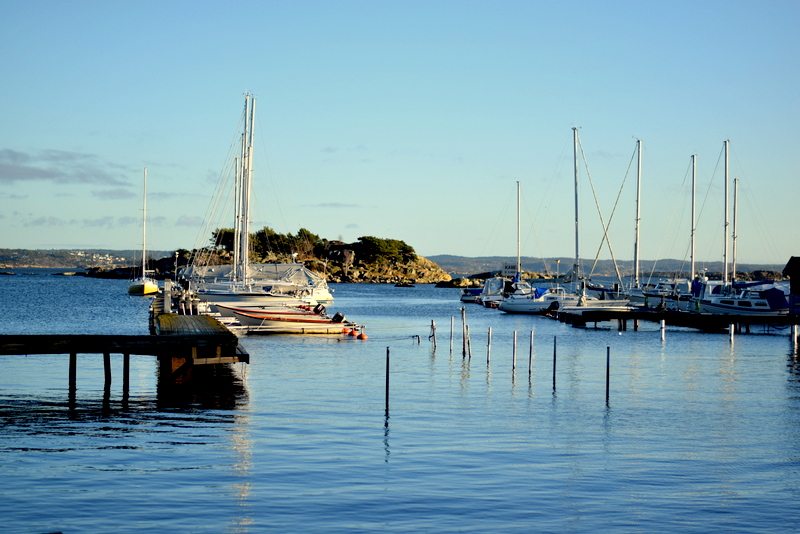 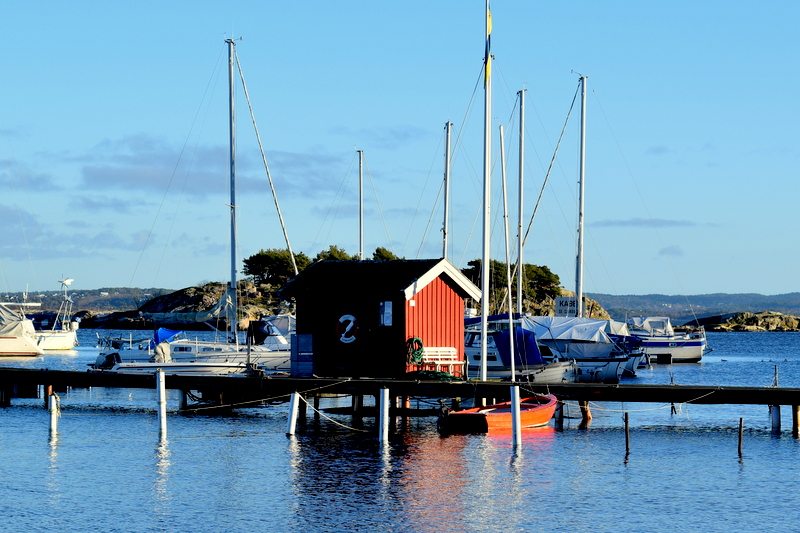 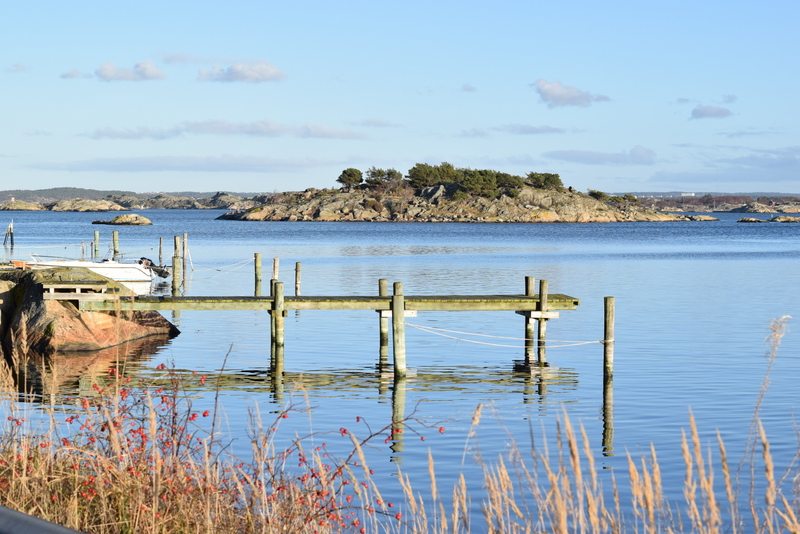 Donsö is an important fishing and ship-owning community and the harbour is at the heart of the island. Surrounded by fishing facilities and fishermen huts, this port was pretty much the only place we saw other human beings (apart from on the ferry) all day!

We were after a hot chocolate but unfortunately, the only café we could find was closed. So, with that, we headed over to the next island for more adventuring!

When the wind got too much and we lost the feeling in our fingers, we headed back to the ferry and the mainland of Gothenburg. 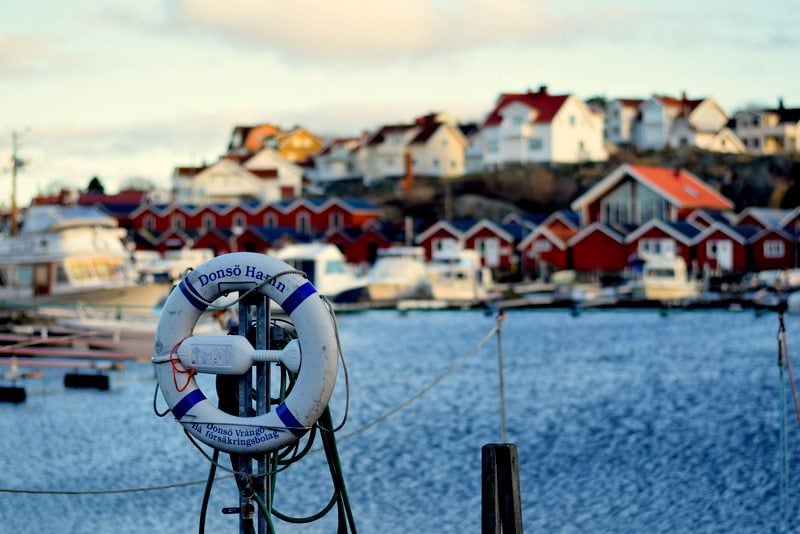 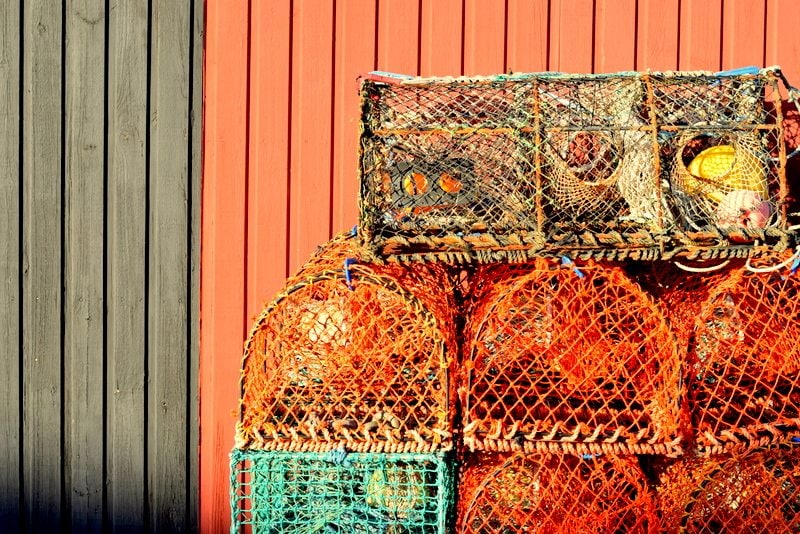 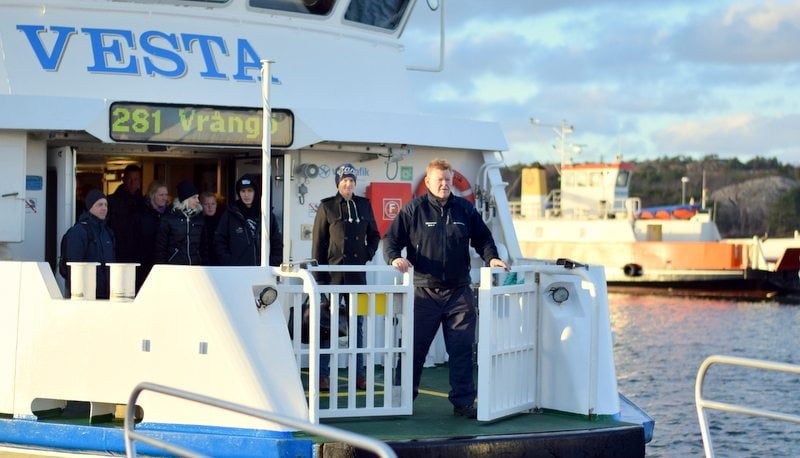 From Donsö we took a second ferry further south into the archipelago towards Vrångö; the most southerly island in the archipelago. Just 380 people live here the whole year round with a big population increase in the summer months. As with the other islands in the archipelago, fishing plays an important role in the island.

We headed to the shore on the far side of the island from the port and climbed over the rocks as the sun began to set. 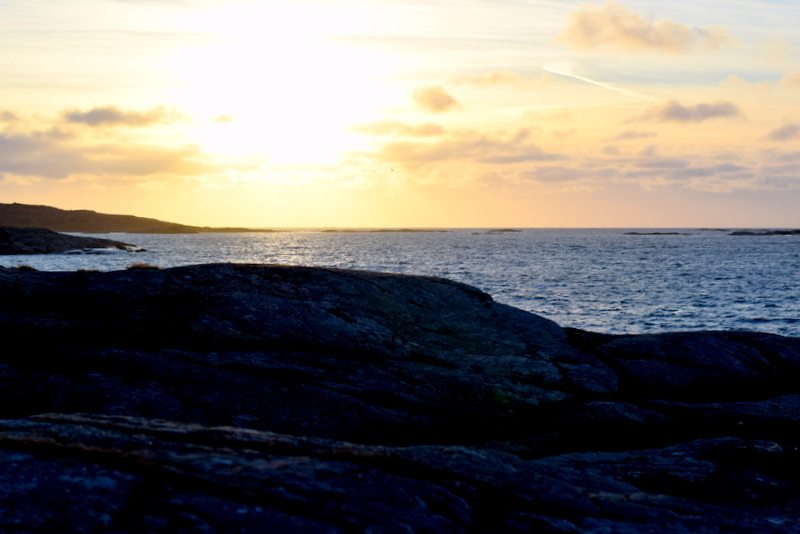 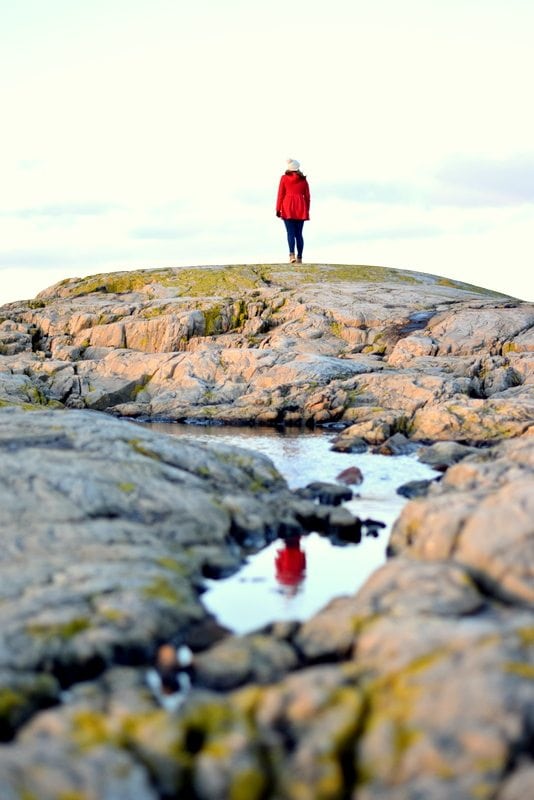 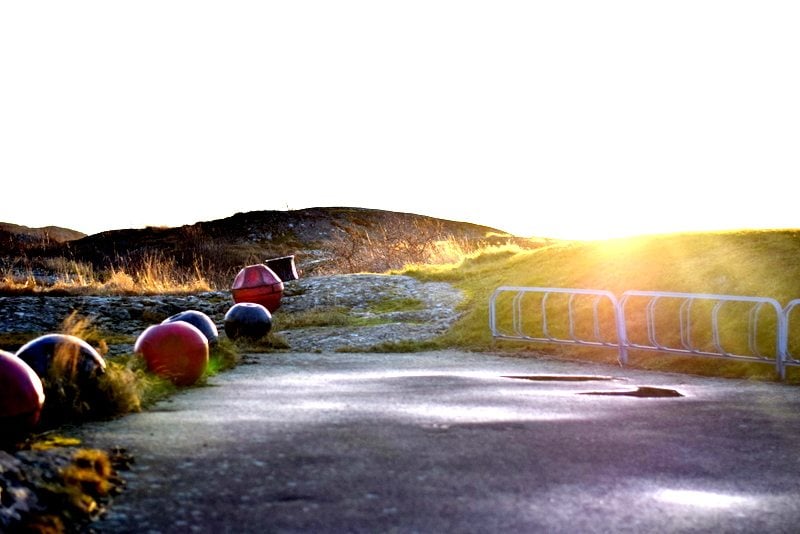 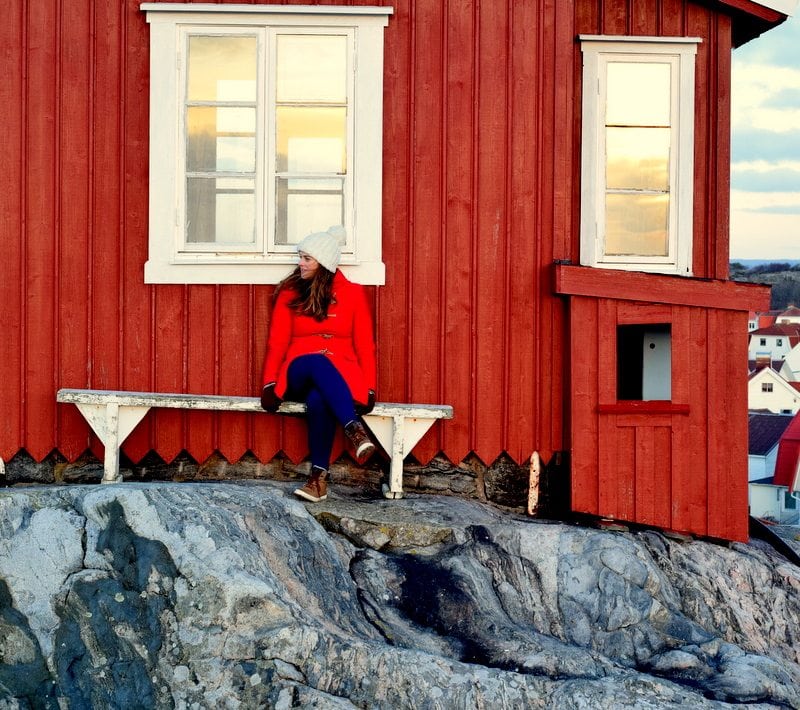 Europe's best Christmas Market is in Gothenburg, Sweden! | That Adventurer

I'm planning on visiting here this January. Your pictures look beautiful and make me even more excited to visit!! Since you also went during the winter months, did you find that most of the restaurants and shops were open? Thank you for sharing your experiences! :)

I'm sure you'll love it! In Gothenburg lots of places were open but we did find quite a few of the cafes on the island - particularly the smaller ones - were either closed or closed very early (about 3pm if I remember!) which was a shame when we wanted a warm drink!

I love the idea of getting around by golf buggy, these places in Sweden look so picturesque