Planning a trip to Sweden? You’re in for a treat. My first trip to Sweden was to Gothenburg which I absolutely loved. Ever since that trip I’ve wanted to go back and explore more of Sweden. If you’re looking forward to a Sweden trip, here are some things to know about Sweden before travelling there. It’ll likely make your trip go a whole lot smoother and avoid any awkward moments when travelling to Sweden!

Things to know about Sweden before your visit

Without trying dredging up too many stereotypes about Sweden, I’ve included some things to know about Sweden below. This includes a bit about the language, the food and some other facts that you might not have known. Let me know if I’ve missed anything important off this list of what to know when travelling to Sweden!

1. English is widely spoken, but make some effort

While most Swedes you’ll meet can speak English, don’t just expect them to speak English to you and put in a little bit of work including how to say “hello” (Hej hej) and “thank you” (tack). It’s just the polite thing to do if you’re visiting another country.

However, it is nice to know that when travelling in Sweden you’re not going to struggle to ask questions when needed.

When I lived in Grenoble in France I had a Swedish housemate and she said she grew up watching English speaking TV – which explained her perfect accent whenever we spoke English together. So don’t worry about it, but do learn a couple of phrases!

If you’re used to heading to the bank before taking a trip to get cash in the correct currency, don’t worry about doing so for your trip to Sweden. Though the currency is Swedish Krona, you won’t usually need to physically have it. Many places throughout Sweden don’t accept cash and it’s not uncommon to see “cash not accepted” signs in bars and restaurants. All you’ll need is a card, such as Mastercard or Visa, that you can use abroad.

3. Don’t neglect the importance of the Vasa Ship

The Vasa Ship in Stockholm’s Vasa Museum is a matter of national pride.  It’s a warship that was built in the 17th Century and is regarded as one of the most impressive feats of engineering of the time. Though it sunk on its maiden voyage, it was brought back up over 300 years later and has been restored to how you see it today. Despite the failure in its actual sailing, the restoration is impressive.

Sweden generally has very clean air and it’s considered to be among the best in the world! 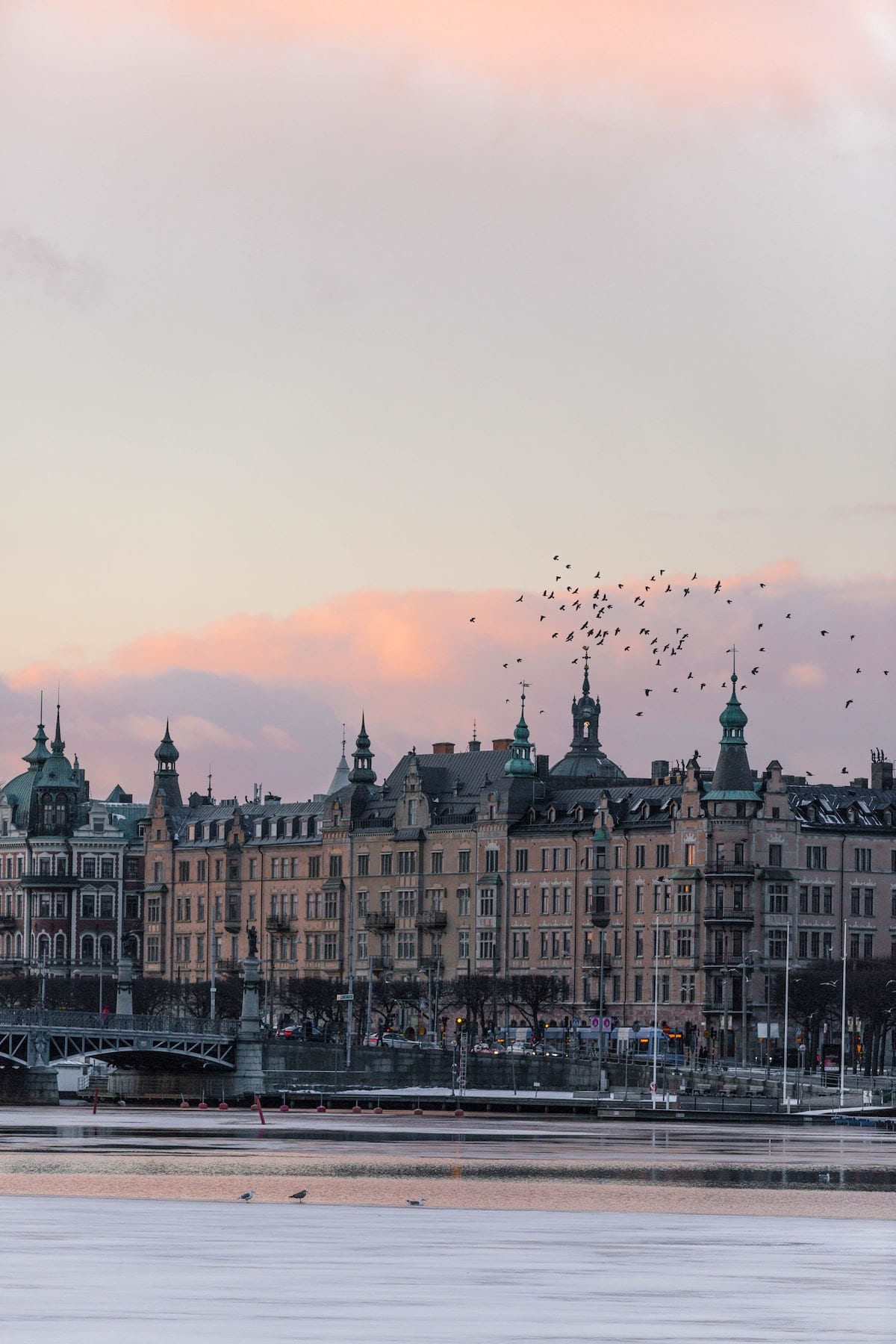 It’s not just the air that’s clean; Sweden has clean streets too! As an extremely environmentally conscious country (which I love!), Sweden takes recycling very seriously. Make sure you pay attention to the recycling regulations and recycle your waste in the appropriate bins. Luckily it’s not hard as there are recycling bins throughout the towns and cities in Sweden.

You may have heard this one before, but if you’re visiting Sweden in the summer you’ll find the sun doesn’t really set. The sun rises around 3:30 am and sets after 10:30 pm. It’s great for exploring in the summer months but the reverse is true in winter, with the sun setting and rising very late. And, if you’re in the north of the country you can expect the sun to never set in summer, or not even rise in the winter!

7. Be prepared to enjoy fika

When it comes to what to know about Sweden, knowing about the tradition of fika is important. Fika is a favourite daily tradition in Sweden and one that I can wholeheartedly get on board with. It’s where you get together with friends for a break involved coffee and sweet treats. A lot of people try and do this once a day and it’s a great way to make new friends (and eat delicious treats!).

Sweden is a pretty casual country in many ways but especially when it comes to clothing. It’s not like London or Paris where you may find people dressed to the nines in fancy clothing. In Sweden, things are done in moderation, from everyday clothing to late-night ​clubbing in Stockholm. Personally, this is a big plus for me, I’d much rather be in comfy clothing the entire time!

Yes, the meatballs are great but it’s not just about the meatballs when it comes to Swedish food. There are delicious pastries, stews, fish, lingonberries and their famous pea soup. It’s delicious.

Many Swedish cafes also do great lunch deals with prices from 70-120 SEK (USD7.50 – USD13) which you should definitely try!

10. Vegetarians and vegans have nothing to worry about

On the subject of food, there’s plenty of vegetarian and vegan food on offer too; especially in the larger cities. You don’t even need to miss out on the meatballs as there are veggie-balls available in many restaurants these days. 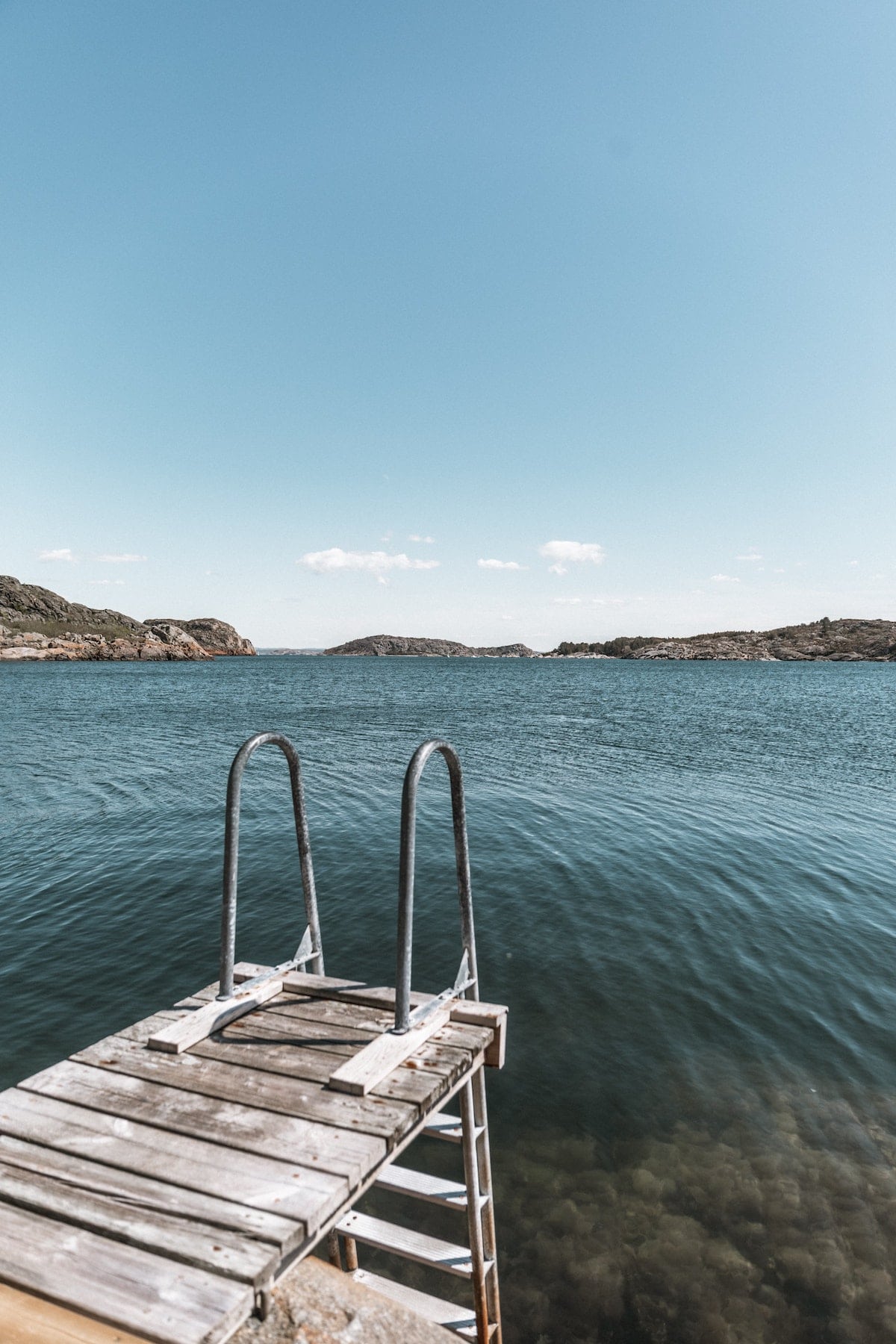 While Stockholm is the capital, it’s not the only place worth visiting in Sweden. I’d highly recommend Gothenburg and Malmö and Skåne are great too.

If you’re planning on buying some beers or wine to enjoy in your Airbnb or hotel, make sure you get it early. Alcohol stores tend to close early due to alcohol regulations so make sure you’re there before 6 pm on a weekday, 3 pm on Saturday and they’re closed on Sundays.

Another thing to be aware of when it comes to alcohol is that it’s not cheap. This includes whether you’re buying it in a store, or in a restaurant or bar.

14. Be sure to go island hopping

The Swedish archipelago is absolutely beautiful. Made up of thousands of islands, going island hopping is an absolute must-do in Sweden whether you’re visiting in summer or winter.

Read about my trip to the Gothenburg archipelago.

And finally, the thing you were probably well aware of when it comes to the things to know about Sweden. It’s expensive. Hotels are expensive, food and drink can be expensive and activities can be too. But that’s not a reason not to visit. If you’re prepared you can still find some budget-friendly places to stay (Airbnb is a good place to start!), and there are cheap eats to be found too!