Budgeting for a trip can be hard, especially when it’s a trip through three different countries! I didn’t really know how much to budget for our Trans Mongolian Railway trip where we spent two weeks across China, Mongolia and Russia. Quite a lot of the costs came before we actually left; train tickets, hotel bookings, flights, travel insurance and visas. That still left quite a lot unaccounted for in terms of food and activities though. If you’re planning on travelling the Trans Siberian Railway be sure to check this list below where I’ve put down EVERYTHING we spent (yes, even when we bought a pack of blister plasters). Hopefully, it’ll help you get an idea of how much to save for your trip. 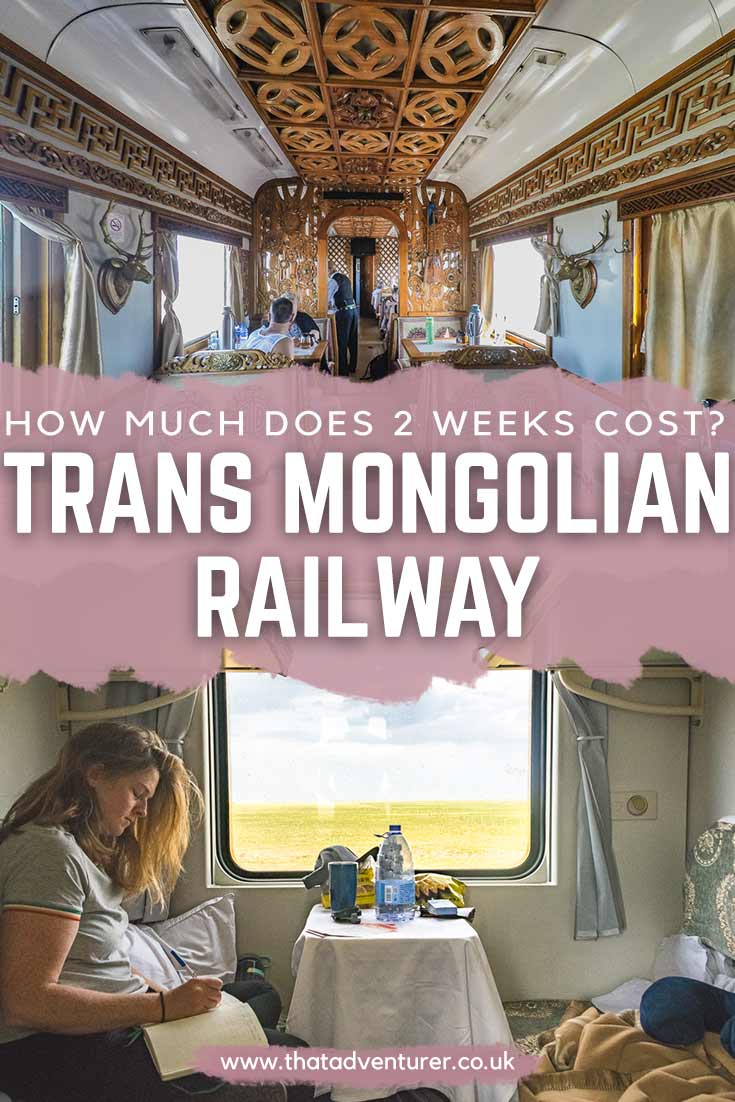 Usually, we’re super, super budget travellers and would rather cook a big pot of pasta than spending lots of money on a sub-par meal out. However, on this trip, we spent a bit more on meals out (we didn’t cook once), and splurged on a massage and a fancier hotel at the end.

I’m telling you this so that you know this trip could be done cheaper if you’re prepared to use hostel kitchens and stay in dorm rooms.

At the same time, this could also be waaaay more expensive. While we weren’t in dorm rooms, we were still in hostels or guesthouses with shared bathrooms. We don’t drink much when we travel so there wasn’t a huge alcohol spend, and while we ate out this wasn’t always at expensive places.

If you want more insight into how I save money before and while travelling. Download my ebook for free!

How much do 2 weeks on the Trans Mongolian Railway cost? 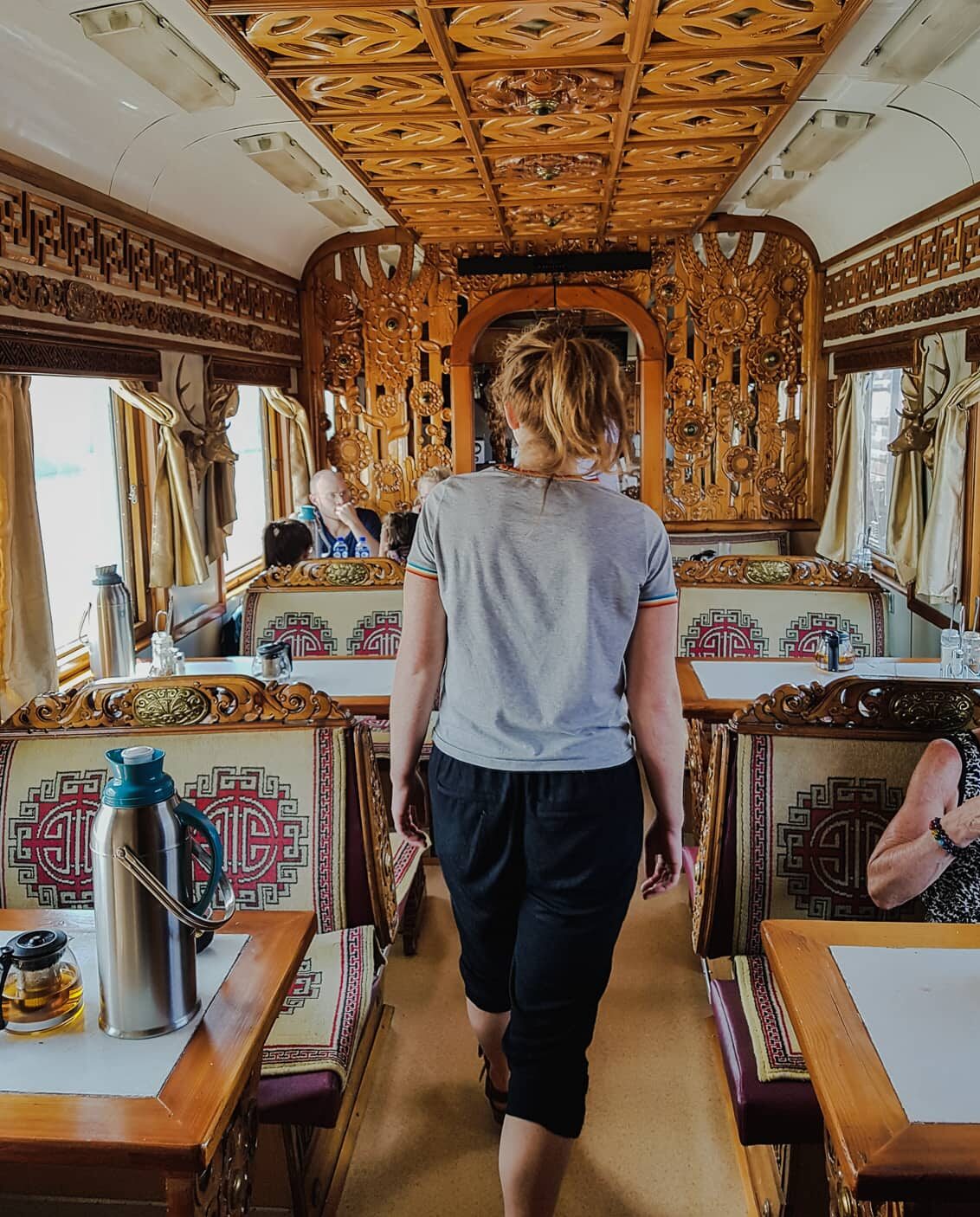 Below is everything we spent during our 2 weeks on the Trans Mongolian Railway. I’ve added links to the places we stayed and things we did where appropriate.

Prices are per person and are in Canadian Dollar. The overall total has been converted with Google’s currency rate to British Pounds and US Dollars.

We booked flights from Vancouver to Beijing return in early April (3 months before we left). Had we decided where we were going earlier we probably could’ve saved quite a bit of money by booking in advance.

This included the initial flight out to Beijing, then a return flight that went from Irkutsk, Russia to Beijing with a long layover before going back to Vancouver.

We flew with Air China and S7 Airlines.

This was significantly cheaper than the next cheapest flight; probably because the flights were at awkward times. We used Skyscanner to play around with dates and times and were pretty happy to find these.

Our travel insurance was with World Nomads as I’ve heard good things about them. Their standard insurance also covers a lot of the activities that we like doing such as hiking which isn’t always covered. We didn’t take laptops or any expensive jewellery with us so didn’t need to buy any extra add-ons.

Fortunately, we didn’t need to make a claim but it’s always good to have this just in case. I feel like I’ve seen a lot of horror stories recently!

Get a travel insurance quote 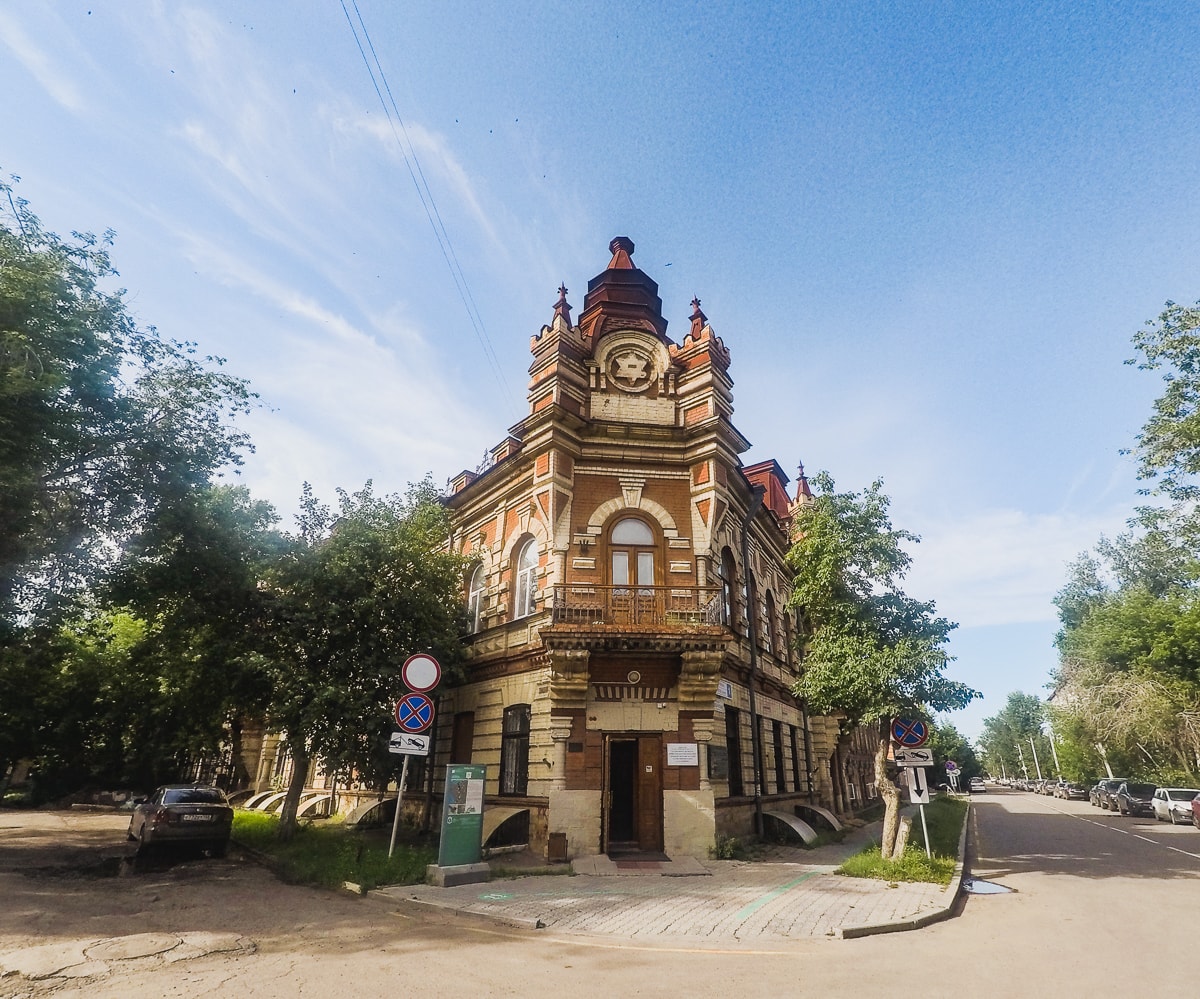 Where to start with these…We had a few scary days where Thom’s passport was still in Ottawa getting his Russian visa and it didn’t get back to us until the day before our flight!

This was one part of the planning that we didn’t think through very well. We had 3 week periods in which to get a visa as we had trips to the UK in between for friends’ weddings. However, price-wise it would’ve been the same regardless.

Being from the UK, we had to get three separate visas for this trip. One for each country we were visiting. If you’re from Canada or the US, you don’t currently need one for Mongolia but be sure to check using the links below.

This was the easiest visa for us to get since Vancouver has a Chinese visa centre. We also had experience with what forms and information we’d need since we’d been through the process about 3 years earlier.

The Chinese visa cost $132.75 each and was ready for pick up within 2 days. We got multiple entries on ours as we had a long layover on the return journey and wanted to go back into central Beijing rather than sit at the airport.  We needn’t have bothered with that since the UK (and several other countries) can transit through Beijing without a visa. Read more about that here.

You’ll also need a passport photo done, I already had some left from something else so used that.

The Mongolian visa was the cheapest and cost $90 for the actual visa. However, we had to send our passports to Ottawa (the other end of Canada), as that’s where the Mongolian embassy is.

Since we were tight on time and had to send our actual passports we send it through express post with Canada post and had to include return postage too. This cost us $46.52 for the two envelopes.

This visa is EXPENSIVE. With the Russian visa, you have to go through a visa service centre. Thom tried cutting out the middle man and got his passport sent back to him. Which is annoying since it’s a lot more expensive to go through the visa centre!

You have to pay by money order which incurs an extra admin fee from Canada Post and, again, we had to send our passports and application details over to Ottawa.

We also had to pay for the express visa service since the normal service takes at least 20 business days.

To get a visa quickly you need to pay: $224 for the visa, plus a “visa processing fee” of $50 and a “postal processing fee” of $45. They also ask for $45 to send it back to you but we included our own self addressed envelope and avoided that cost. If you have more time to get your Russian visa, you can save $112 by not getting the express visa.

Train tickets were another thing we paid for before we left Canada. We booked two train tickets, one from Beijing to Ulaanbaatar and then another from Ulaanbaatar to Irkutsk. We stayed in the 3rd class, which is the cheapest. 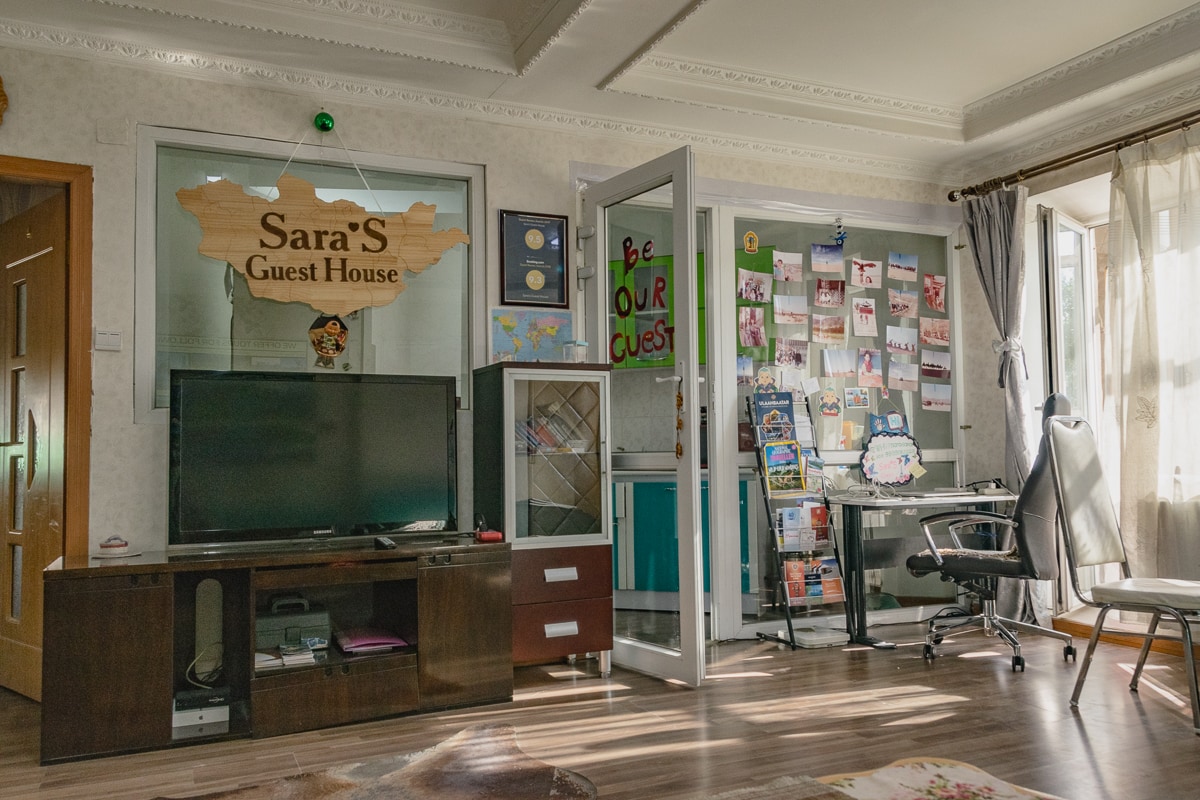 We booked our accommodation in advance through Booking.com (always my go-to!) but payment was due upon arrival and usually in cash.

As I mentioned earlier, we mostly stayed in guest houses and hostels but there were a few exceptions. We stayed in a ger in Mongolia which was slightly more expensive than the hostels but DID include 3 big meals a day. And, on Olkhon Island we stayed in a fancier hotel with a spa.

Cost of food in China, Mongolia and Russia 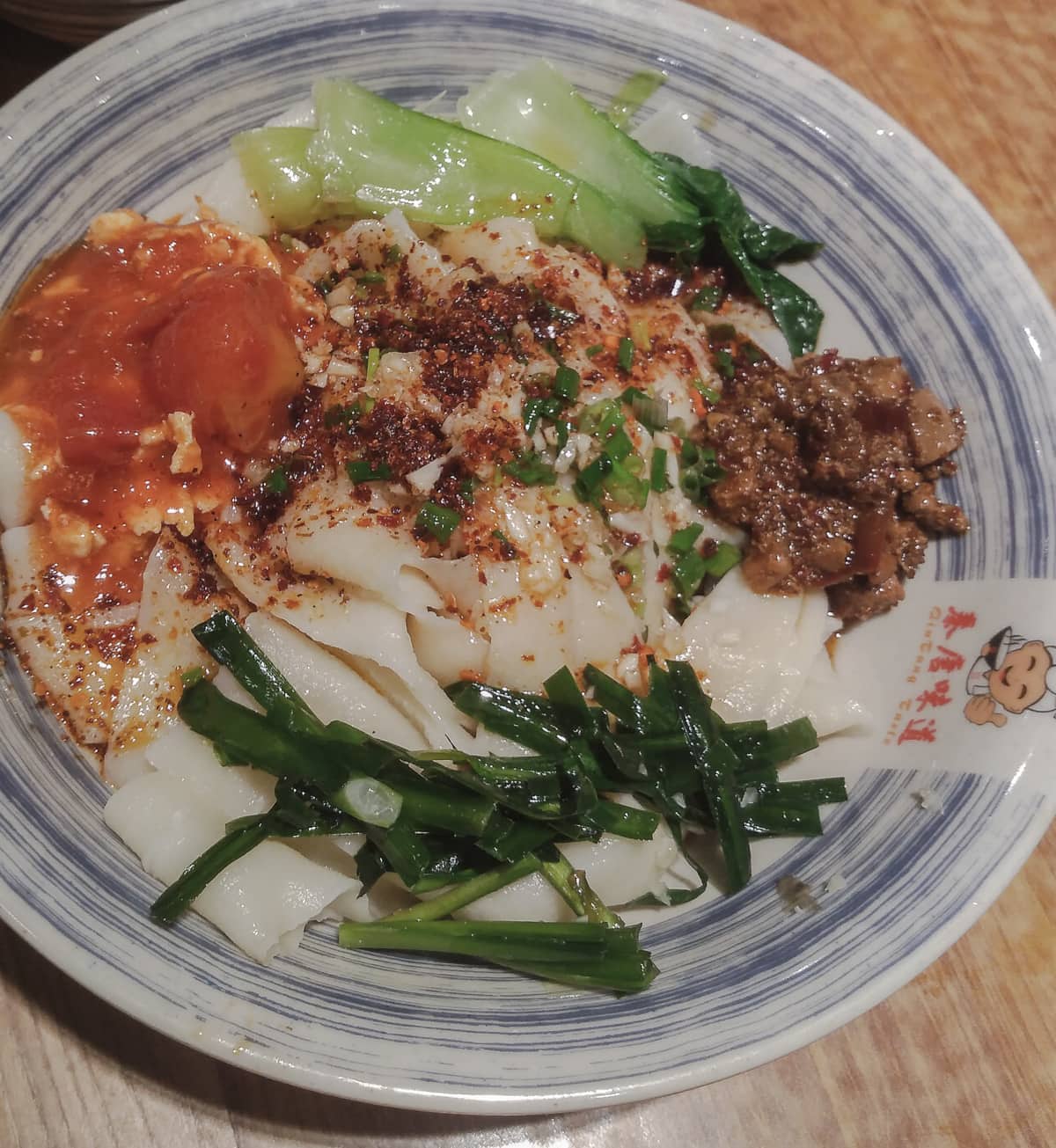 After our first experience of food in China a few years ago, we were prepared to spend a little more on nicer restaurants and were so glad we did. The food in Beijing was a lot better than what we experienced in Southern China!

A few of our more expensive meals included the meal at the hostel by the Great Wall and Peking Duck on our last night. There’s also a few Starbucks stops in here when it was the only place open and once expensive western-style brunch on our last day when we were absolutely knackered having not slept the previous night.

Also included are mid-afternoon ice creams, snacks for the train to Mongolia, and bottles of water since it’s not recommended to drink the tap water in Beijing.

Learn more about the best foods to eat in Beijing here

We ate out all the time in Mongolia and went to a few more ‘western’ restaurants that you could tell were more expensive than average in Ulaanbaatar. This price doesn’t include the two days we were staying in a ger and our meals were included.

We had mid-afternoon drinks at one point, went to the delicious Rosewood Italian restaurant and bought sweets as gifts for friends back home.

We were in Russia for slightly less time than the other countries (4ish days). We had one meal that was quite expensive the evening we got on the plane at Prego, an Italian restaurant in Irkutsk. 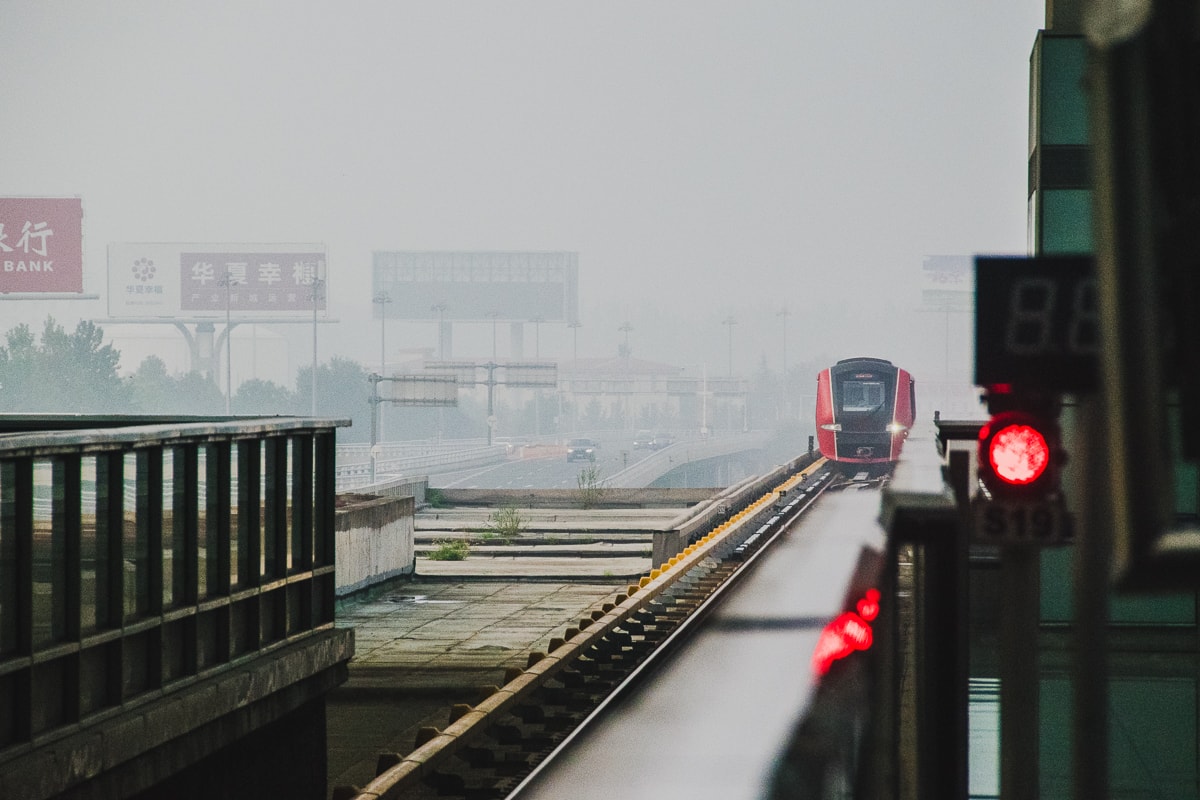 In China, we used the subway a lot to get around Beijing. We also used a couple of buses to get to the Great Wall of China, took the airport express (25RMB) 3 times (twice during our stop over on the way back) and took a taxi once.

The subway is super cheap in China costing 3RMB ($0.57) for most journeys and it goes everywhere you’re going to want to go.

We took a bus out to watch the horse racing during Naadam and a taxi to the train station. Ulaanbaatar is pretty walkable so we didn’t need to use public transport as much as in Bejing.

In Russia, we caught the tram from the station to our hostel, a taxi from hostel to the airport and paid for a return transfer to Olkhon Island from Irkutsk. We would normally get public transport to the airport but this finishes pretty early in the evening in Irkutsk and so a taxi was our only option.

The cost of the transfer to Olkhon Island was the most expensive at $20 (1000 RUB) each, each way. 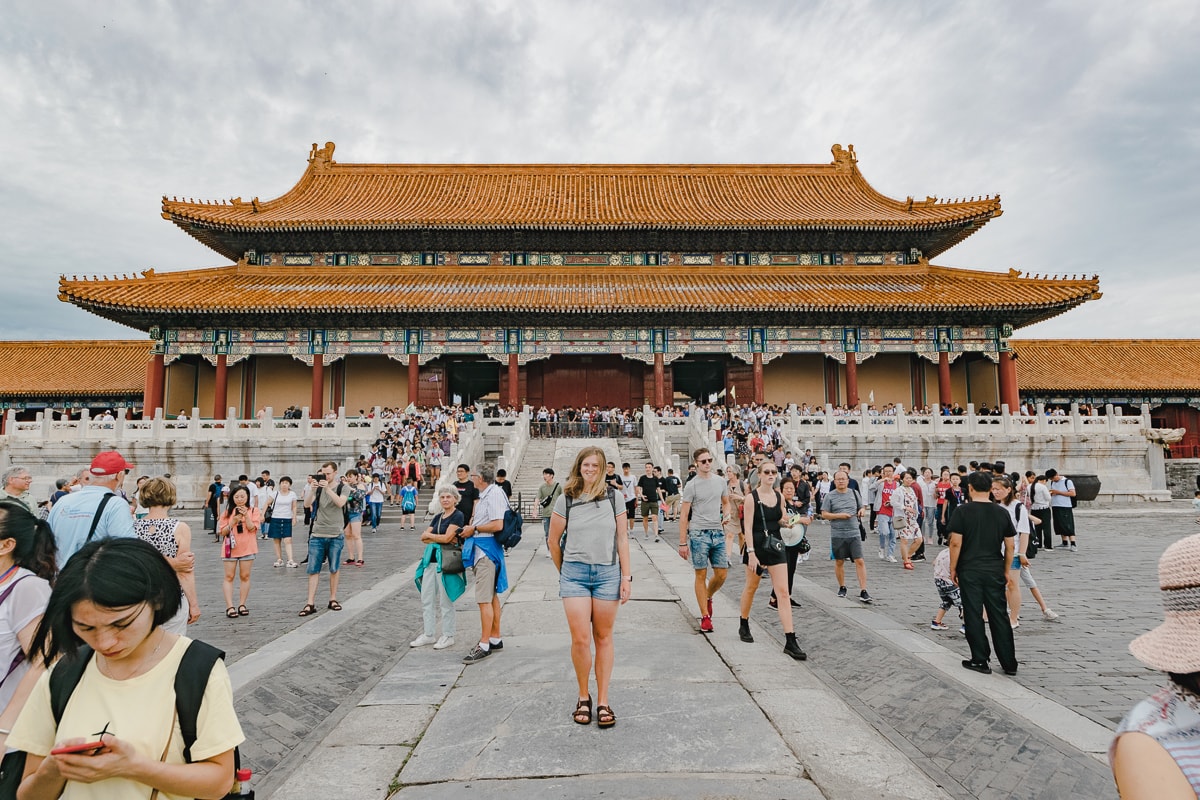 When we travel we don’t normally spend a lot on tours or museums. On this trip, we paid more for tours and activities but since one of them (the food tour in Beijing) was one of the highlights of the whole trip it was definitely worth it.

Beijing was probably the place we spent the most money on ‘doing things’. We visited places like The Temple of Heaven and The Forbidden City, a food tour and a calligraphy lesson. We don’t usually book tours while we’re travelling but we felt like these were worth it.

Want more things to do in Beijing? See this post

Most of the money we spent on things to do in Mongolia was on Naadam tickets. We timed our trip around the festival of Naadam in Ulaanbaatar so we were prepared to spend on the tickets.

Our host got us some reasonably cheap tickets (more expensive than face value, but still not bad!), and someone in our guesthouse had a spare ticket that they let us use so we gave them a bit of money for it.

We also went to the top of the Ghengis Kahn statue which is very overpriced for tourists and visited the Museum of Mongolia which gives an interesting look at the massive history of Mongolia.

In Russia, the only extra we bought was a massage from our hotel on Olkhon Island. This cost 2000RUB each which is roughly $40.

There were a couple of miscellaneous items we bought while in China. A pack of blister plasters and a Chinese guide book to the UK and its culture.

The misc. items we bought in Mongolia included: a razor, an umbrella to shade us from the sun, entrance to a toilet and a sim card.

Mongolian sim cards are super cheap (especially when compared to Canada!). Ours cost $5 (10,000MNT). Being able to use data for maps and make calls during our time in Ulaanbaatar was extremely helpful.