Me: “Where do you want to go away this year? How about a Northern BC road trip?

Thom: “I really want to go to Eastern Russia”

And that’s how we ended up deciding to spend 2 and a half weeks travelling along the Trans Mongolian Railway.

In truth, when Thom suggested Eastern Russia I wasn’t exactly ecstatic. I knew nothing about the region, what was there or why on earth Thom had decided that was where he wanted to go. Sure, we didn’t quite go to Eastern Russia as such, but on the grand scale of things, we were near enough.

In an attempt to find out more about Eastern Russia I browsed the travel book section in Vancouver’s Public library and saw the guide book for the Trans Siberian Railway something that had always been at the back of my mind. “That goes across Russia!”, I thought, “Maybe there’s a way we can incorporate some of that rail journey into our trip.”

A quick flick through the book showed me that one Trans Siberian Railway route went through Mongolia which is somewhere both of us had chatted about visiting before.

The cogs started turning and, when it came to finding flights from Vancouver, the option that made the most sense was to fly to and from Beijing and get the train from there to Irkutsk in Russia via Mongolia.

We’ve travelled to China once before, almost 3 years ago, but didn’t visit the popular sights of Beijing and the Great Wall of China and Russia and Mongolia were completely new countries for both of us.

After 2.5 years of living and travelling North America, travelling in China, Mongolia and Russia on the Trans Mongolia train was going to be a big culture shock. Just as well that’s exactly what we were after!

Of course, you can easily spend a lot longer travelling this route. This could be done either by spending more time in one of the countries or cities we visited or by making the train journey itself longer.

The train journey was actually a highlight of both our holidays and it’d be awesome to do the Trans Siberian railway all the way to Moscow!

Despite the fact that this route technically called the Trans Mongolian route, the trains used are much the same and some do actually go all the way to Moscow, Vladivostok and Beijing.

For more details about the trains have a read of these:

The best flight deal we could find for our trip meant we’d be flying to and from Beijing. I was super excited about this since I wanted to see some of China’s top sights and eat all the food (which had been a bit disappointing during our first China visit).

We spent 4 days in Beijing plus a morning during our return flight as we had a long layover.

We spent 6 days in Mongolia and were there for Mongolia’s National festival: Naadam. Naadam is where Mongolian’s engage in their national sports of wrestling, horse riding and archery. It’s incredible to watch! We then left the city and went out to Gorkhi-Terelj National Park to chill out and experience living in a Ger.

Our posts about Mongolia:

We didn’t end up having a huge amount of time in Russia, only about 4 days and 2 of those were spent travelling. The other days at least one of us was recovering from Norovirus we picked up in Mongolia.

BUT, the areas of Russia we did see we’re very pretty and I’d highly recommend adding them to your own Trans Mongolia itinerary! 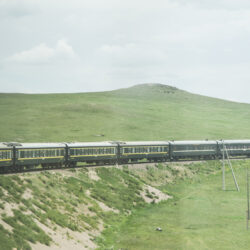 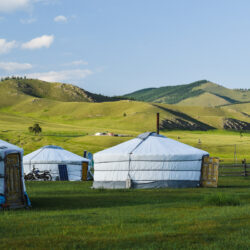 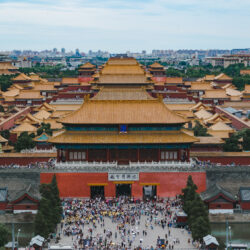 previous post
How much does 2 weeks on the Trans Mongolian Railway cost? EVERYTHING we spent
next post
Things to do in Yoho National Park 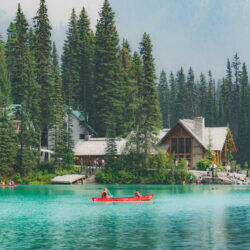