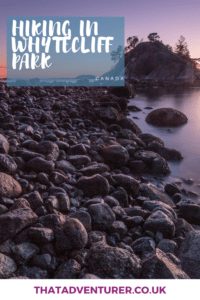 Whytecliff Park in West Vancouver makes a great half day trip from downtown. You’ll feel like you’re far away from the city after just a thirty minute bus ride or drive. The park is along the shores of Howe Sound and, as with Lighthouse Park, you’ll get great mountain views as well as of the island in Howe Sound.

Whytecliff Park has been designated a natural marine sanctuary since 1993. It’s believed to be home to over 200 marine animal species! Because of this you’ll often see scuba divers descending and ascending off the shore. The waters at Whytecliff Park have become famous amongst scuba divers and it’s pretty cool to have such a great diving spot so close to downtown Vancouver!

However, it’s not all about scuba diving at Whytecliff Park. There are over 15 hectares to play in which includes tennis courts and a beach. At the beach there’s a designated swimming section and there are a few hiking trails in the park too.

Or, if you just want a nice new spot to picnic and grill at, you’ll find that here!

When diving here you’re likely to see harbour seals, sea pens, ling cod, sea cucumbers and sometimes even octopus! It’s a great dive spot for beginners and more advanced divers. For advanced divers you’ll probably head down what’s known as “the Cut”. Here there’s a steep drop which descends on and on and has plenty more wildlife to spot.

Most of the hiking is at the upper end of Whytecliff Park (these are also the quieter areas!). This is the area that’s part of the overflow carpark rather than the usual car park although there’s not a huge distance between them so it doesn’t really matter either way!

When you get to the top of the overflow car park there’s a small path which goes into the forest quite steeply. Shortly after you’ll see some rock-stairs on your right. If you battle the branches you can climb up to an overlook of Batchelor Bay.

On the main path there’s another short, uphill walk to where the trail splits. Start by going left and take in the views of Howe Sound.

Then, sticking to the left each time continue your hike until you meet a final junction where you start to go out of the park and up to a housing area. Here you can turn right and loop back to the car park.

This part of the trail is quite forested compared to the rest of the park. You may have to scramble every now and again but it’s still a relatively easy trail.

You’ll quickly come to another junction where, if you turn left, you can continue walking through the forest. This takes you back on yourself and uphill before you meet a section of the path you walked earlier.

Turn left and walk along the trail, sticking to the left, and pass through the middle of a big rock. Then you’ll be back at the first junction you came to and can finish the short walk back downhill to the car park. 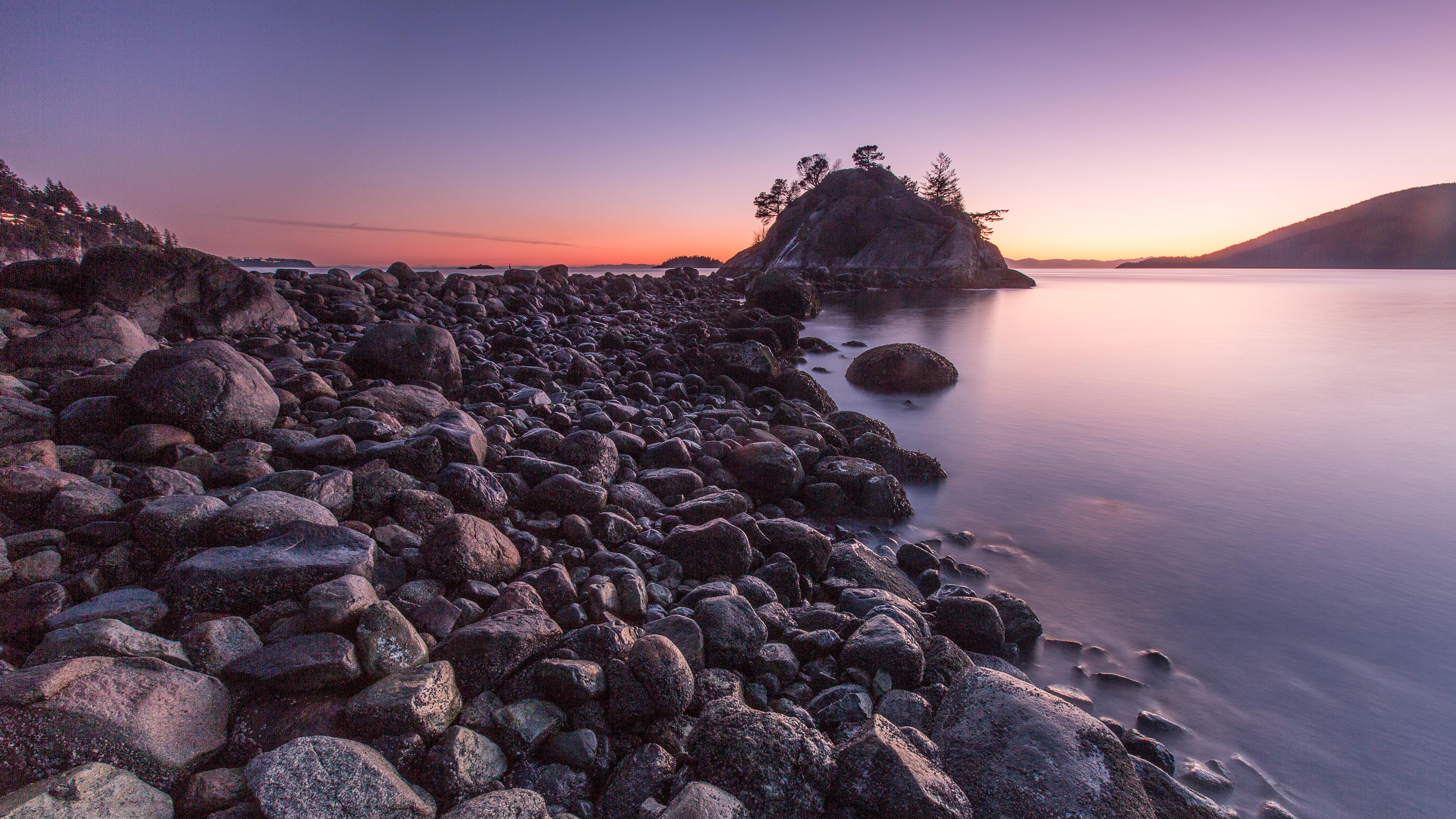 To take a more beach-y hike then walk to the main car park and follow a paved path which takes you down towards the beach. At low tide you can walk along the rocks to Whytecliff Island (just make sure you’ve checked the tide times so you’re not caught out!).

You can also head to the west side of the beach once you’ve descended from the car park.  Just follow a path which climbs onto a big rock with steps in it. These steps take you up and over the rock and onto a less well trodden route which follows the shoreline from above. There are a few benches up here so if it’s nice and sunny then take the time to relax on one and enjoy those Howe Sound views.

Getting to Whytecliff Park

Getting to Whytecliff Park from downtown Vancouver is easy. In fact, it’s one of the more accessible parks nearby.

If you’re travelling by public transport then take the 257 express bus to Horseshoe Bay or the 250 bus. Both of these go along Georgia Street. Get off at the roundabout with Nelson Street which is just before you start descending into Horseshoe Bay.