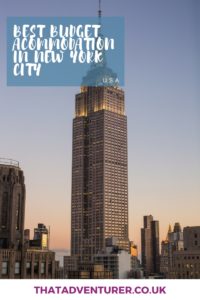 You all know I’m a fan of budget travel. Why spend all that money on a hotel room when you’re going to be off out exploring the city, right? A trip to New York doesn’t come cheap. However, if you do your research you can save money on your accommodation without having to resort to nasty hostels or hotel rooms. These are the best affordable hotels in New York City (in my opinion anyway!) and they’ll leave you with some cash in your pockets to explore New York!

All these rooms come in at under £50 per person (based on you splitting the cost with a partner or friend).

Only have a short time to spend in New York? Take a look at how I spent 24(ish) hours in New York City and still managed to see a lot of the sights!

The Ameritania at Times Square 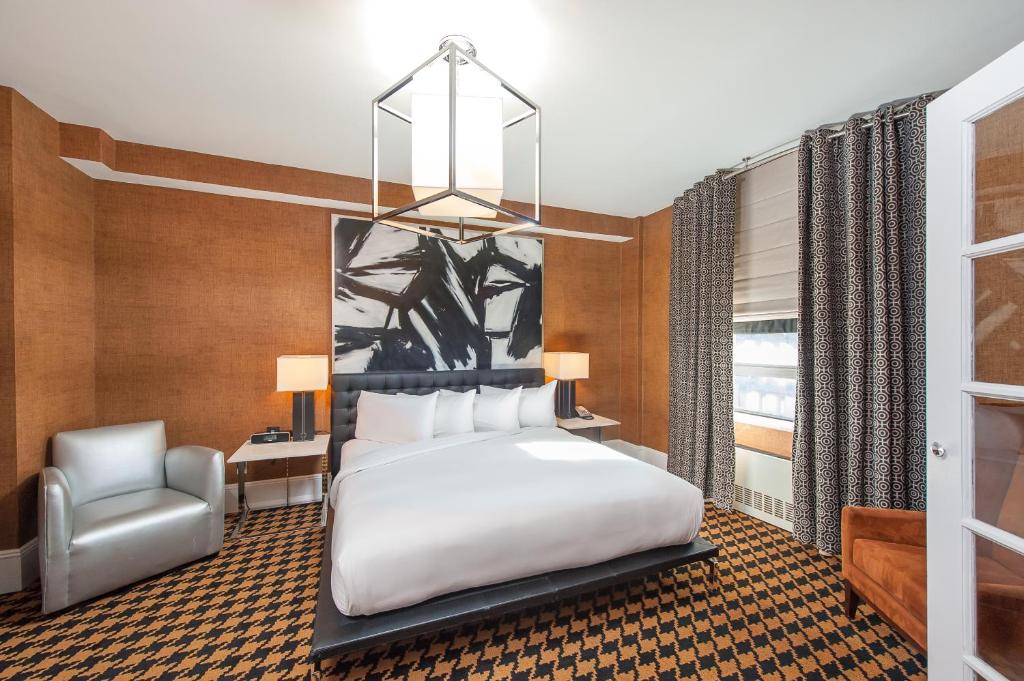 This is probably the cheapest hotel you’ll find in New York’s Time Square. It’s got a modern and fresh-looking design and rooms feature cable TVs, designer bathroom goods and even a work desk (just in case you feel like working on holiday).

You’re also less than a kilometer away from Central Park which is perfect for a morning stroll with a cup of good coffee in hand.

Where to find it: 230 West 54th Street
Price: £93 per night for a small double room
How to book: Book the Ameritania here 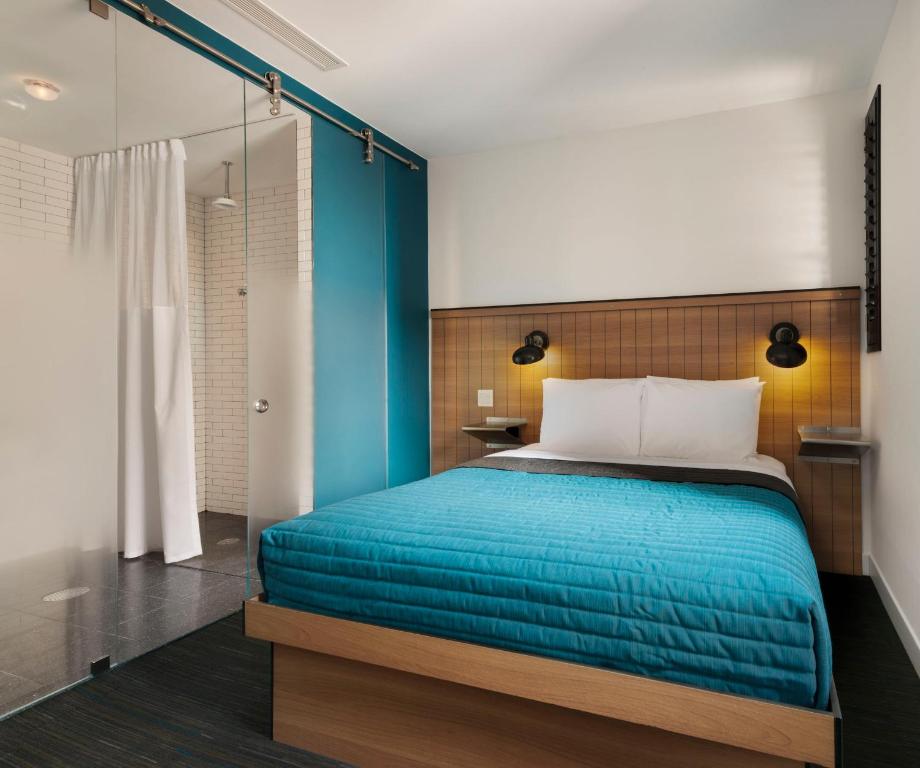 The Pod hotel chain has a few branches across New York City and in Brooklyn too. POD39 has a restaurant, lounge, a seasonal rooftop bar and is less than 0.5km away from Grand Central Terminal (which you’ll want to check out on your visit!).

All rooms have free wifi and you can relax with a game of table tennis in the on-site games room too!

The rooms aren’t the largest, but all include air conditioning, a work desk, cable TV and an ensuite bathroom. Depending on which pod you opt for you can get some stunning views of Manhattan’s skyline.

The Fairfield Inn & Suites in the Lower East Side area of Manhattan has the modern and nicely furnished rooms you’d expect from a hotel connected to The Marriott. It’s just 4 minutes away from the subway station so, despite the fact this isn’t the most central hotel, you can be in Times Square in about 20 minutes.

Where to find it: 95 Henry Stret
Price: £85 per night for a king room
How to book: Book Fairfield Inn & Suites here 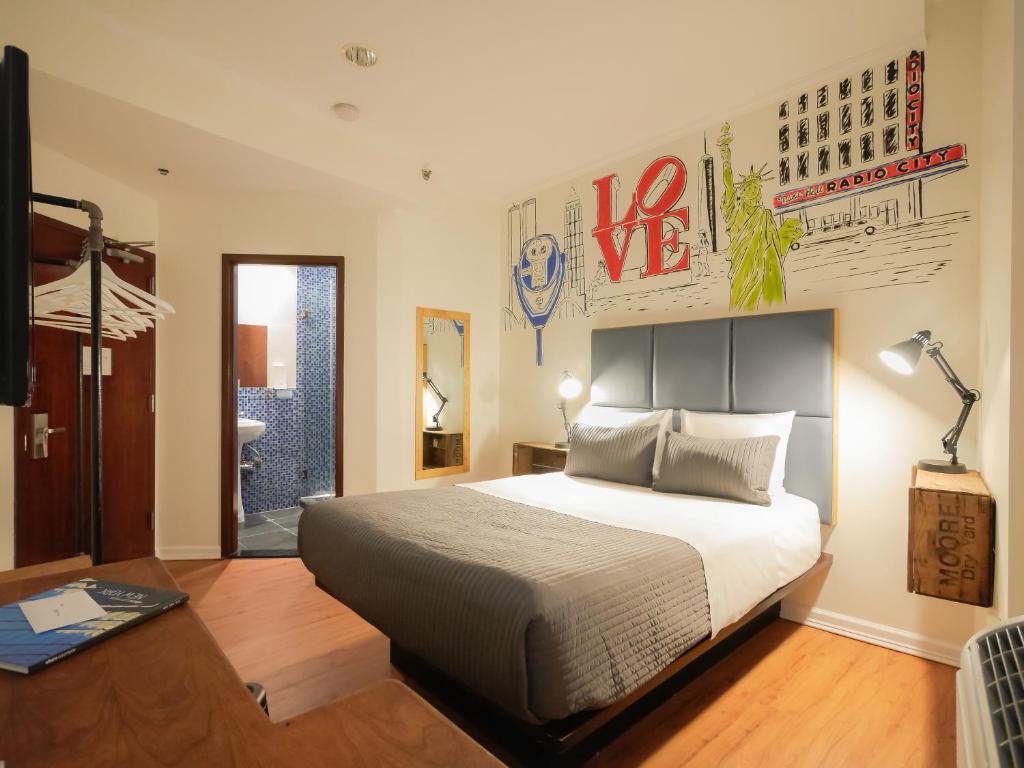 This City Rooms hotel is just a matter of minutes away from Little Italy and Chinatown – two of the most vibrant districts. Each room comes with a private bathroom and some funky artwork above your bed too. If you have a late flight and need to check out then the hotel will also take care of your luggage for you while you explore.

Where to find it: 120 Lafayette Street, Soho
Price: £97 per night for a queen room
How to book: Book City Rooms NYC here

This hotel is in an 100 year old paper factory building and is in the heart of Long Island City. It’s a little bit further away from Manhattan centre than some of the other affordable hotels in New York City on this list, but you’re not far from a subway station which’ll get you there in no time.

Where to find it: 37-06 36th Street, Queens
Price: £93 per night for a superior queen room
How to book: Book the Paper Factory Hotel here 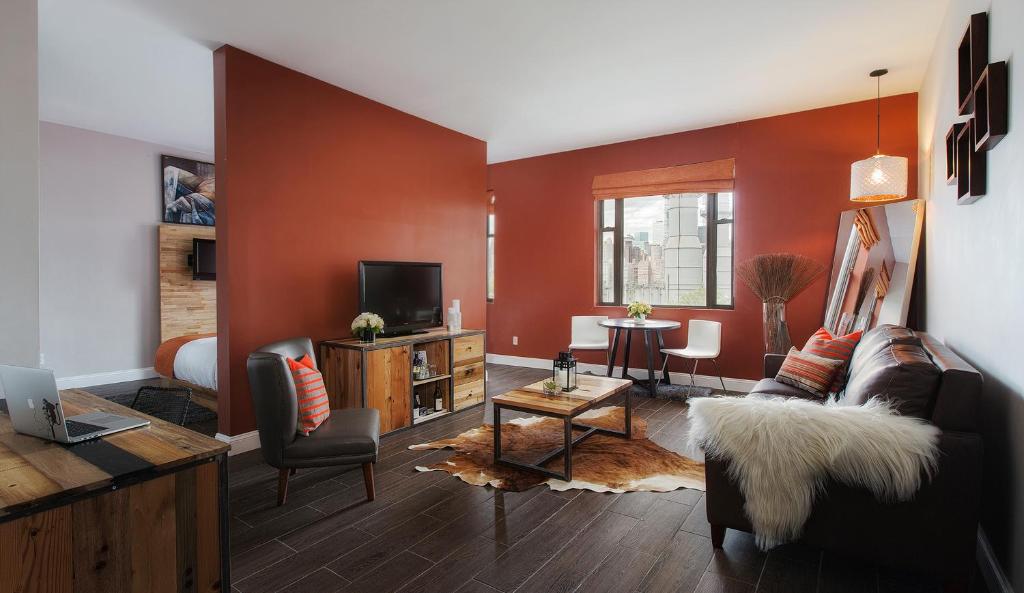 Right next to Queensboro Bridge is Ravel Hotel. It’s a boutique hotel with a restaurant and its very own nightclub. As a guest you’ll also be able to use their free shuttles to local subways and restaurants.

For such an affordable hotel, Ravel’s rooms are pretty luxurious and include a minibar, safe, radio with MP3 connector, and some have Manhattan skyline views.

Where to find it: 8-08 Queens Plaza South
Price: £86 per night for a deluxe queen room
How to book: Book the Ravel here The Aloft Long Island City hotel with Manhattan views could also prove to be affordable accommodation for your pet too as it’s pet friendly!

The hotel rooms have a TV and some a seating area to relax in after a busy day. You needn’t worry about heading out early for coffee a there’s a coffee machine in your room too!

Where to find it: 27-45 Jackson Avenue
Price: £93 per night for a king room
How to book: Book the Aloft Long Island City hotel here

This is so helpful! Thank you!

We're hoping to sort out a visit to NYC in 2019 (talk about forward planning!) and the one thing I know I'll struggle with is finding decent hotels that don't break the bank. I'm saving this for future reference!