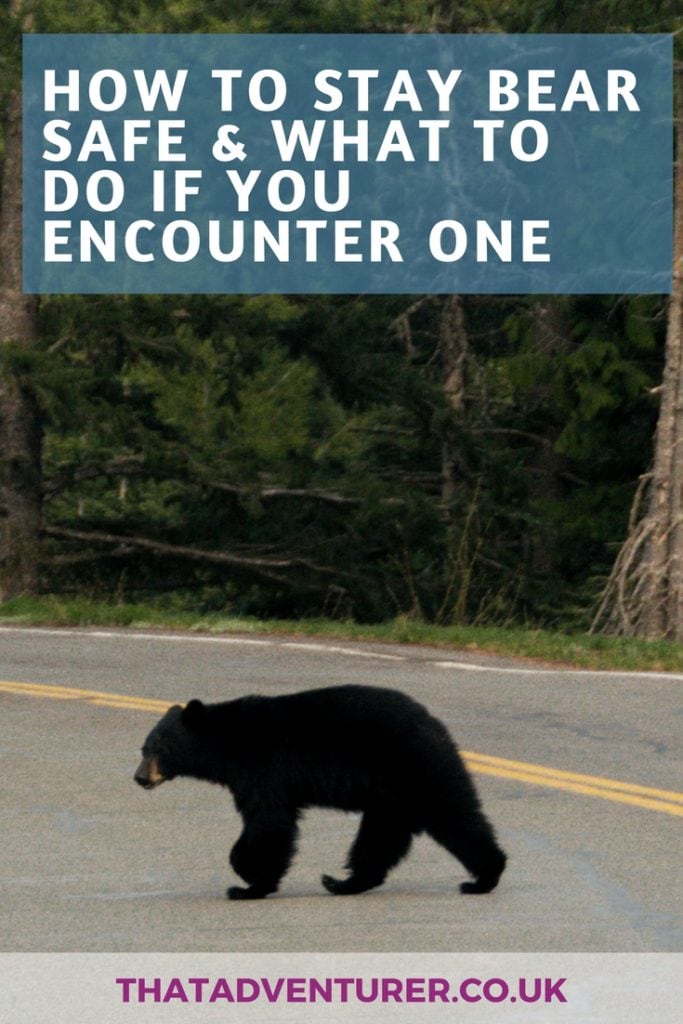 The bears are waking up from hibernation as we speak. And, after months of sleeping they’re pretty skinny and hungry. The Grouse Mountain bears woke up a few weeks ago and those in the wild are beginning to be seen out and about too. Whilst most bears stay away from humans, it’s a good idea to be prepared and know what to do should you encounter a bear in the wild. Here are a few tips on how to stay bear safe in the backcountry.

Why it’s important to know how to act around bears

Apart from the obvious (avoiding bear attacks) there are several reasons why it’s important to stay bear safe. The more we know how to live with bears, the less chance they have of becoming accustomed to humans. This avoids both humans and bears being harmed.

If you live in Vancouver, you live in bear country. The mountains, forest, parks and even housing areas are perfect for curious bears searching for food.

Bears move from place to place in search of food. That’s one of the many reasons that the ‘Leave No Trace’ principals are so important. If you leave rubbish and food scraps behind bears move in. This can lead to the closure of trails and beautiful places (like Keyhole hot springs) and deaths (both you and the bears).

What type of bear will I see? 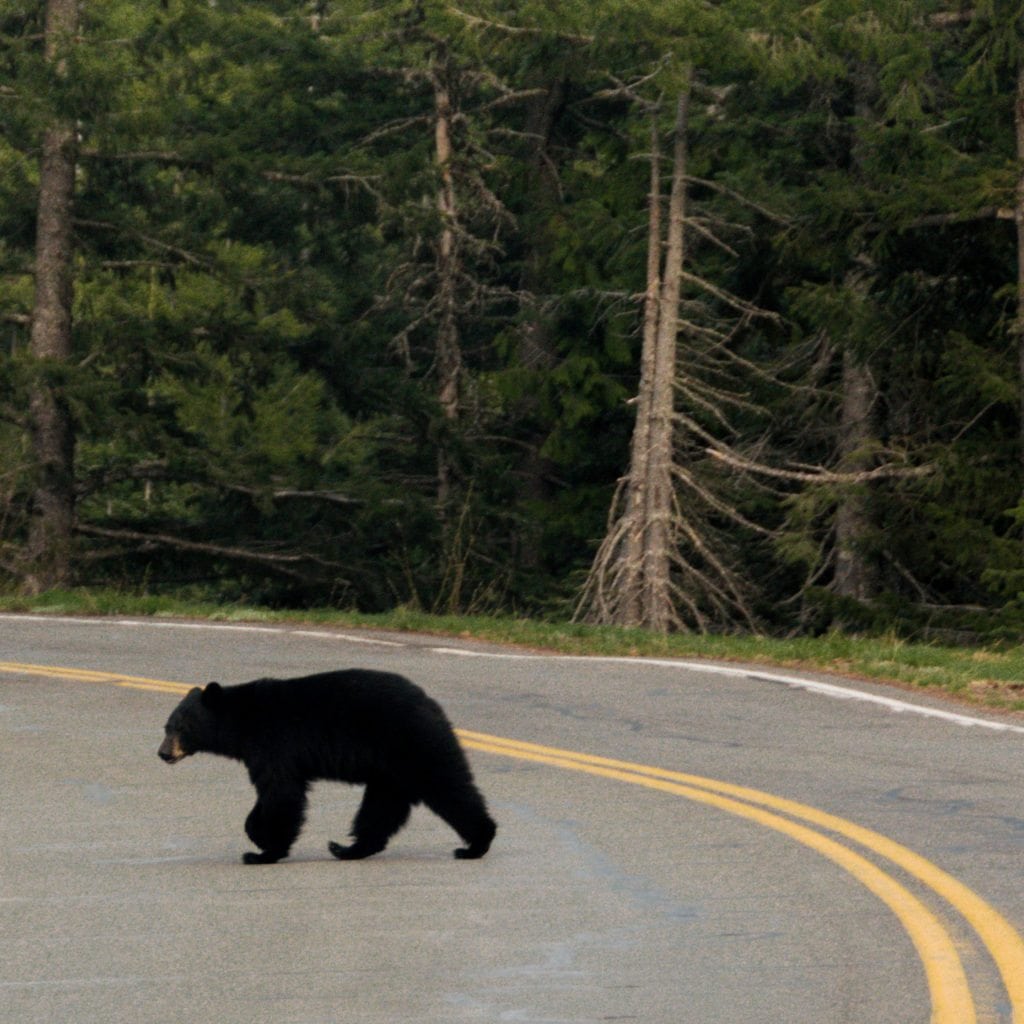 The areas surrounding Vancouver are home to both black bears and grizzly bears.

It’s more likely that you’ll come across a black bear than a grizzle bear. Grizzly bears tend to stay further away in the wilderness than black bears. However, that doesn’t mean you’ll never see one. Especially if you’re hiking and camping in the backcountry away from the more popular trails.

Grizzly bears: Grizzly bears are the bigger of the two and arguably the more dangerous. Male grizzly bears can grow to be between 180kg and 360kg (so huge!).

Black bears: In comparison, black bears are a bit smaller. An average adult male will probably be around 110kg.

We saw a couple of black bears in Washington State but from the relative safety of our van Elvis. It was amazing to see them out in the wild but I’m not in any rush to come across them whilst out hiking.

How to limit the chances of a bear encounter whilst adventuring

There are several things to do to keep bear safe whilst our hiking and exploring the Canadian wilderness. Here are a few tips that will help keep the bears at bay.

What to pack to stay bear safe while in the backcountry

The following items can help should you encounter a bear

What should I do if I encounter a bear?

Even if you do come across a bear while out hiking, it’s important to remember to stay calm. Bear attacks are uncommon. Here are a few things you should do when encountering a bear.

If a black bear approaches

If a grizzly bear approaches:

How to use bear spray properly

Even if you’ve remembered to buy and take bear spray with you on your hike it’s no use if you don’t know how to use it. Practice using your bear spray before (even if just a .5 second spray) so you feel confident should you come across a bear. This should include knowing exactly how to get it out of your bag. It’s no good it being at the bottom of your backpack! You can buy holsters to put your bear spray in for easy access along with bear spray that doesn’t contain the pepper which is useful for practicing.

If a bear is charging, you should begin spraying when it gets within 12m/40ft. This way the bear will run into the fog. If there is a strong wind it may be better to wait until the bear is a little closer.

Aim for the bears face or create a cloud that the bear has to run through to get to you.

REMEMBER: Bear attacks are extremely rare so don’t let them ruin your fun. However, it’s good to be prepared to help you stay bear safe!