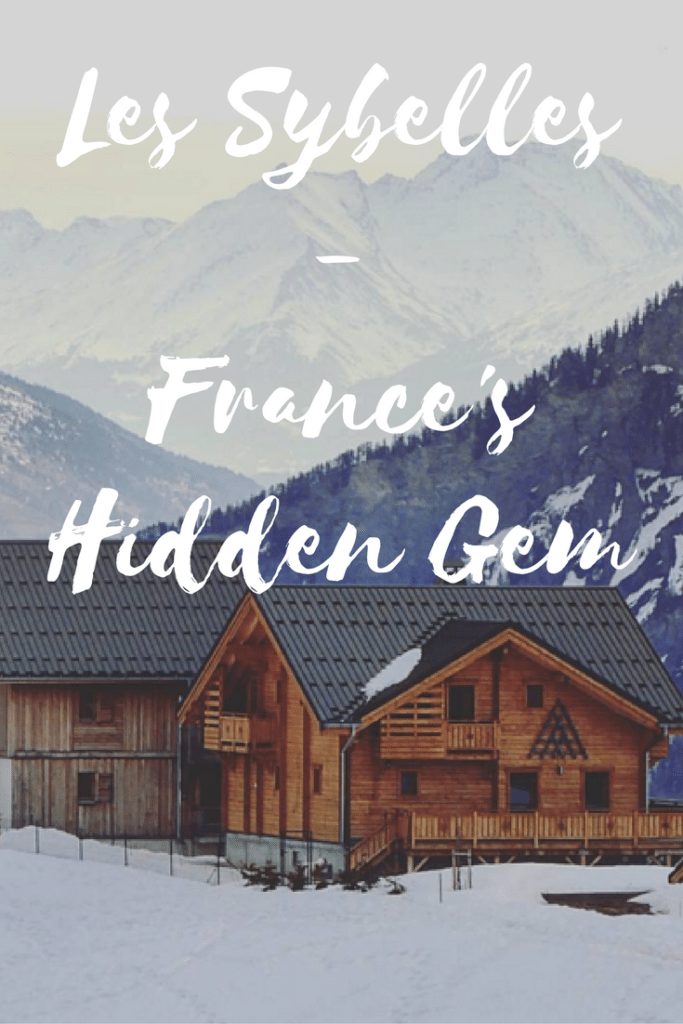 Summer’s great and all but you can’t go skiing in the summer and that’s just one of the reasons I love winter. I’ve been fortunate to go on skiing holidays in the Alps with family, university and on my own. I’ve skied in some of the most popular resorts in the Alps but the quieter ones are always my favourite. Enter, Les Sybelles. The domaine des Sybelles is the 4th biggest ski area in the French Alps yet the resort remains relatively unknown. Think few to no lift lines and cheaper accommodation. Sound good? Read more about skiing Les Sybelles. 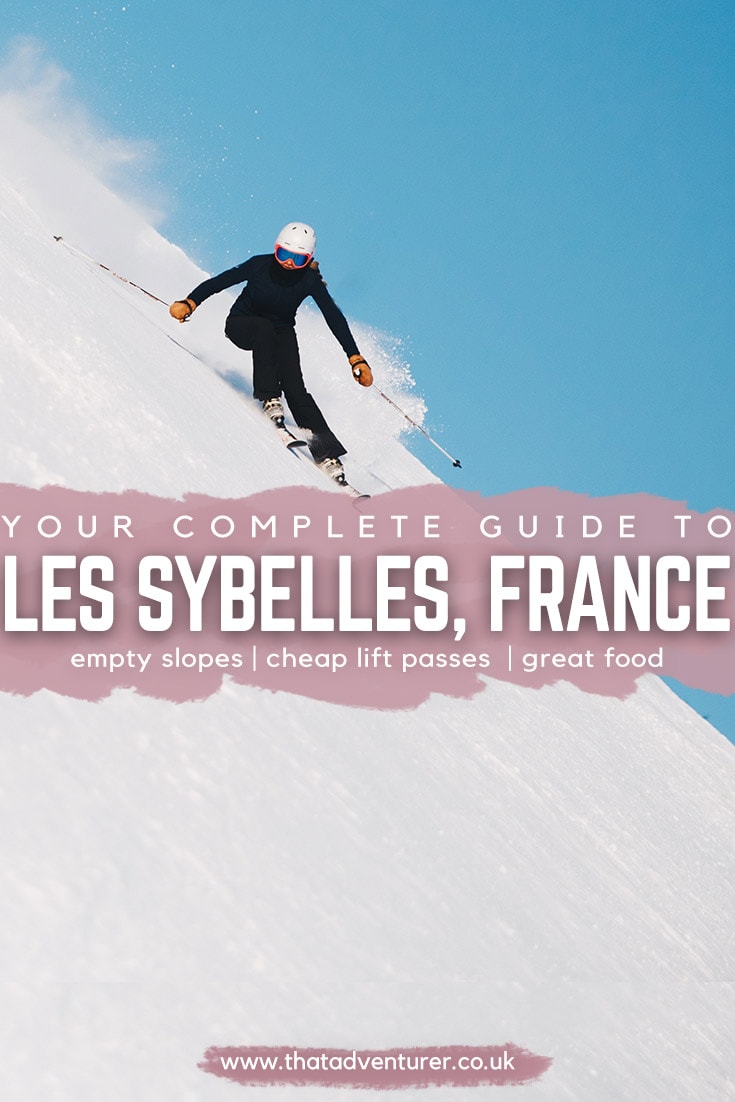 The domaine Les Sybelles is an area made up of 6 resorts and forms the 4th biggest ski area in the whole of the French Alps sitting just behind Les Trois Vallées, Paradi Ski and Espace Killy (Les Portes du Soleil doesn’t count as it’s split between the French and Swiss Alps). At Les Sybelles there’s an impressive 310km of piste and that’s before you even consider the off-piste skiing and non-ski related things to do in Les Sybelles.

The 6 resorts making up the area are interlinked with 76 ski lifts and each area has its own unique feel. From the foodie resorts of Saint Jean d’Arves, and Saint Sorlin d’Arves which are built on farming and the production of Beaufort cheese, the sport La Toussuire where there’s an abundance of off-piste skiing and après ski activities for more adrenaline lovers.

Where is Les Sybelles?

The Les Sybelles skiing area is located in the Maurienne Valley in the French department of Savoie. This puts it in the heart of the mountains with the breathtaking backdrop of the Aiguilles d’Arves, the Belledonne mountain range, the Pic de l’Etendard and Mont Blanc. 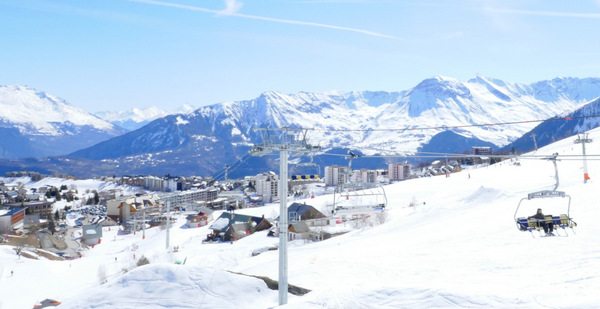 There truly is something for everyone at Les Sybelles. Whether you’re an advanced skier who likes steeper black runs and off-piste skiing, or a beginner just getting started on greens. With over 310km pistes and 2 snow parks, you’re spoilt for choice. Having said that, this ski area is more aimed at intermediate skiers and younger families. There aren’t a whole lot of black slopes here, the majority are red and blue.

The breakdown in the difficulty of the runs to ski at Les Sybless is as follows:

Another reason Les Sybelles is great for beginner skiers is that you can ski from the highest peak in the resort (2620m) all the way down on a blue. This is pretty much unheard of as most resorts only have red or black runs from their highest point.

Take a look at this Les Sybelles ski map to see the pistes available.

How to get to Les Sybelles from the UK 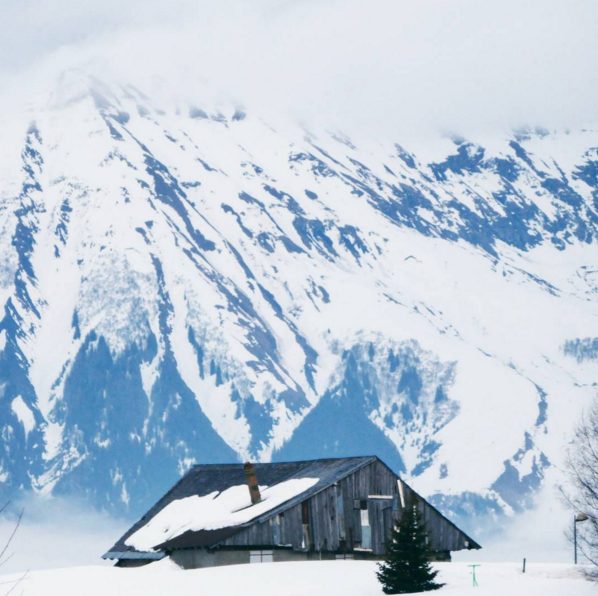 Getting to Les Sybelles ski area from the UK is easy as you can fly to Geneva from the UK. From Geneva, it’s about a 2-hour drive to Les Sybelles. I recommend booking flights through Skyscanner where you can often find flights for under £100 return between London and Geneva.

If you need to rent a car take a look at RentalCars.com to compare the best deals on car hire.

Where to stay in Les Sybelles

For a resort not far behind world-renowned ski areas,  Les Sybelles has the fewest beds across the whole of the six resorts making up the area than the resort of Tignes has alone. This means that there’s a noticeable lack of queues at ski lifts and the whole resort is quiet compared to other nearby ones. This is extremely rare in French ski resorts during peak times. I visited Les Sybelles over Easter weekend and we didn’t have to queue at all which meant more time on the slopes!

If you’re looking for somewhere to stay in Les Sybelles, be sure to check out these Les Sybelles accommodation options.

These apartments give you the opportunity to have a self-catering ski holiday which also helps keep costs down. It’s one of my top tips for how to have a budget-friendly ski holiday.

If you prefer hotel-style accommodation take a lot at these hotels in Les Sybelles. 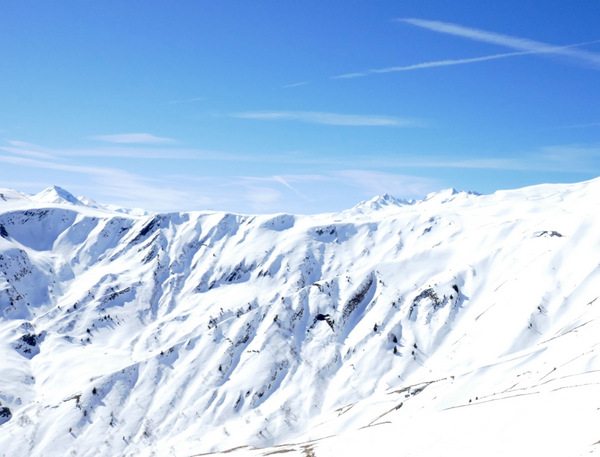 There’s are SO many reasons to loves Les Sybelles, here are a few of the reasons I loved it.

There’s so much skiing at Les Sybelles

I’ve already covered this a few times, but it’s worth emphasising that this is the 4th largest ski area in the whole of the French Alps. That means there’s a lot of skiing to be done!No lift lines

Easter weekends in most ski resorts in the Alps can be pretty hellish since it’s usually the school holidays and super busy. Normally you’ll be trampled all over while queueing for chair lifts but Les Sybelles was calm even over Easter. No lift lines mean more time skiing and that’s what you’ve booked a ski holiday for!

It was also nice that the only other English speakers we heard were those we were skiing with. Most visitors to Les Sybelles are French, followed by Belgians and Dutch. British skiers haven’t yet discovered Les Sybelles and the lack of English speakers really makes you feel like you’ve gone on holiday (which you have, of course!).

Fresh tracks even a week after snowfall

If you’re a powder lover you’ll know that’s almost unheard of anywhere else that you don’t need a helicopter to access.

Check the most recent Les Sybelles snow report to see how much it’s snowed recently.

The cost of Les Sybelles ski passes are also a lot cheaper than almost anywhere else in the French Alps. A 6-day ski pass for Les Sybelles costs just 224€ for an adult for the whole Les Sybelles region. Whereas for the Trois Vallées it’s 306€!

You can expect to find the usual tasty Alpine fare including; raclettes, fondues and tartiflette, but there are also some regional specialities. From croziflette, a tartiflette made with small pasta squares, to the range of different liqueurs and the local Beaufort cheese.

Plus there are plenty of places for some Les Sybelles apres ski across the towns.

Where to eat in Les Sybelles:

Oh, and always, always order Cafe Gourmand for dessert. Three desserts and a coffee, what’s not to love?

So much more to do than just skiing

Besides your standard downhill skiing in Les Sybelles, there are many other snow sports to keep you entertained during your stay. You can do some off-piste skiing and ski touring, snow mountain biking/fat biking and even skijoring.

There’s no need to worry if you’re not a skier as there are lots of other things to do in Les Sybelles. You could head to the beautiful outdoor pool in Le Corbier and relax in the sauna. Or perhaps the bowling alley is more your style? You can also take French cookery lessons or discover how to make Beaufort cheese in Saint Jean d’Arves.

There’s a sense of community at Les Sybelles

Unlike the big, purpose-built ski resorts such as Val Thorens and Les 2 Alpes, Les Sybelles maintains a sense of community. This area wasn’t built to be a ski resort. Historically they were just struggling villages until the area was redeveloped and the six areas connected with lifts in 2003. If you ask you’ll hear that the area probably wouldn’t have survived without this investment. I’m grateful that wasn’t the case!

My year in travels - 2016 adventure recap | That Adventurer

I hate the snow but you may have convinced me that I need to make at least one snow angel here! I love visiting the French Alps in the Summer. They are just the best place to clear my head and gain a little sanity again!