Deep Cove is a hugely popular little village on the north shore surrounded by mountains, forests and the Burrard Inlet where it turns into the Indian arm. It’s a great place for some easy Vancouver hikes, kayaking and paddle boarding, exploring the shops or treating yourself to a donut! If you’re wondering what to do in Deep Cove, here’s a guide to the best things to do in Deep Cove, BC!

Deep Cove is situated on the Indian Arm, the southernmost glacial fjord in Canada which stretches for over 20km. Surrounded by impressive peaks, forests and beautiful water this area is perfect for a chilled afternoon (or as a place to relax after hiking the Baden Powell trail!)

Best things to do in Deep Cove

Below you’ll find a list of my favourite things to do in Deep Cove, Vancouver and my top recommendations for people visiting the area!

Get donuts from Honey’s Donuts 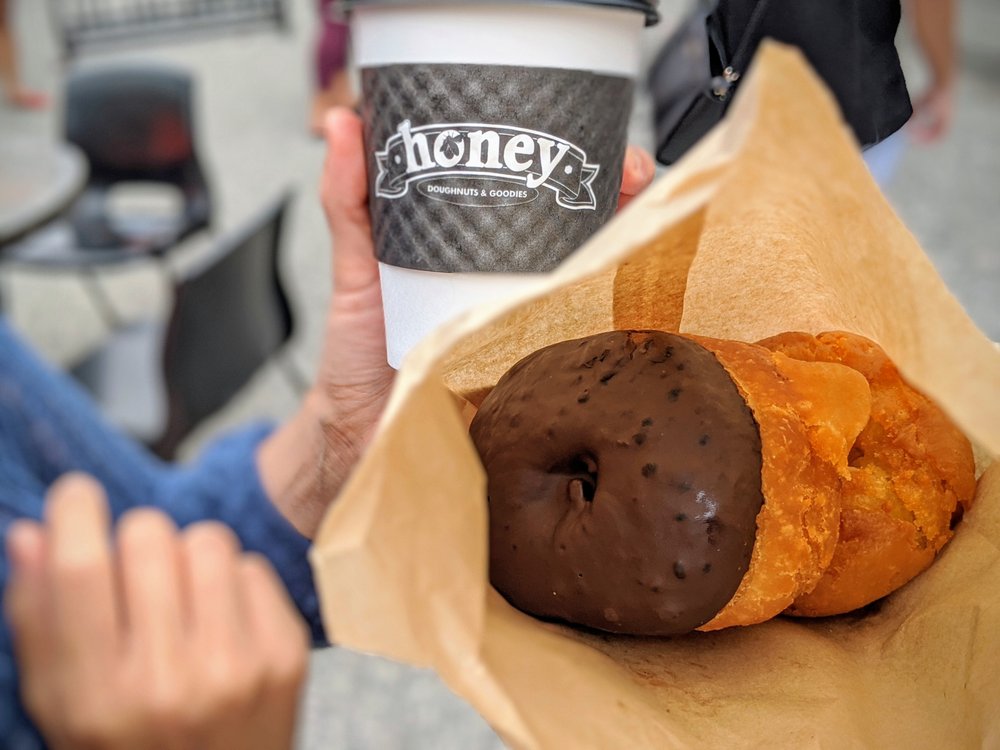 Honey’s Donuts is famous in Deep Cove. These Deep Cove donuts are celebrity endorsed (by Kate Winslet and others!) and for good reason; they’re super tasty. Be prepared to wait in line if you come here, and get more than one to save for later! 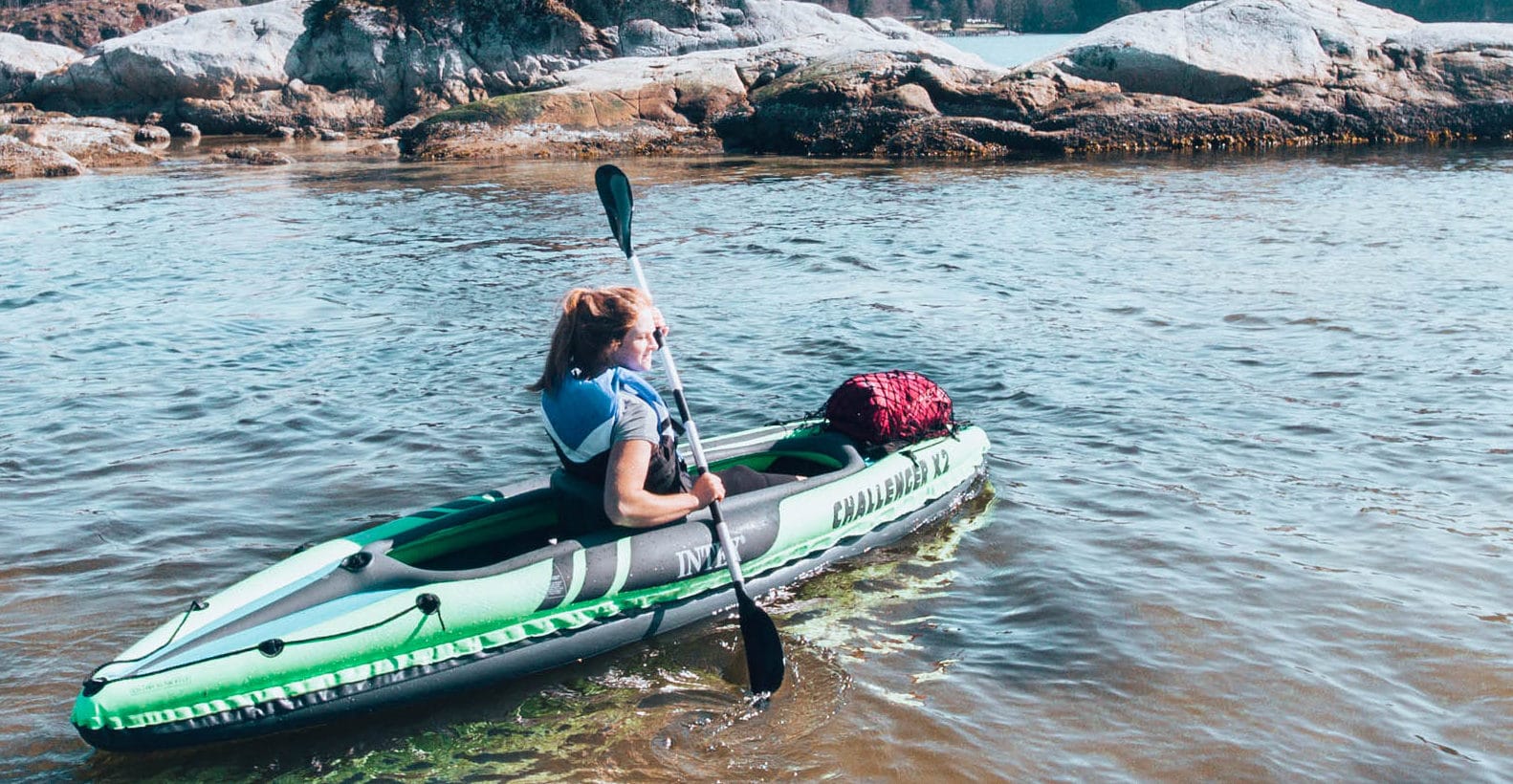 Deep Cove Kayaks is the place to rent a canoe, stand up paddle-board or kayak in Deep Cove. Deep Cove kayaking is an extremely popular thing to do. The water is generally calm (but not always) and the area is beautiful!

You can rent a kayak in Deep Cove and go out on your own or you can book on to a tour of the Indian Arm too. The Friday Night Lights is a popular evening paddle and keep an eye out for the full moon kayak tours in Deep Cove and bioluminescence tours too!

Don’t expect to turn up and rent one you’ll need to make sure to book weeks (even months) in advance over summer as they sell out at weekends pretty quickly!

The Indian Arm, or səl̓ilw̓ət (Sleilwaut) to give it its proper First Nation’s name, is the body of water that comes into Deep Cove. Bordered by tall mountain ranges on either side, it stretches for roughly 20km with some islands and a waterfall along the way.

Kayaking, canoeing and paddle boarding in Deep Cove are super popular and exploring the Indian Arm is one of my favourite things to do in Deep Cove. We’ve kayaked out to some of the islands and have camping on the Indian Arm with the help of our friends’ boat to take us there.

Granite Falls in the Indian Arm is a great place to camp and it takes about 4 hours of moderate paced hiking to get there.

There are plenty of trails to explore in Deep Cove and the two listed below are the most popular ones. 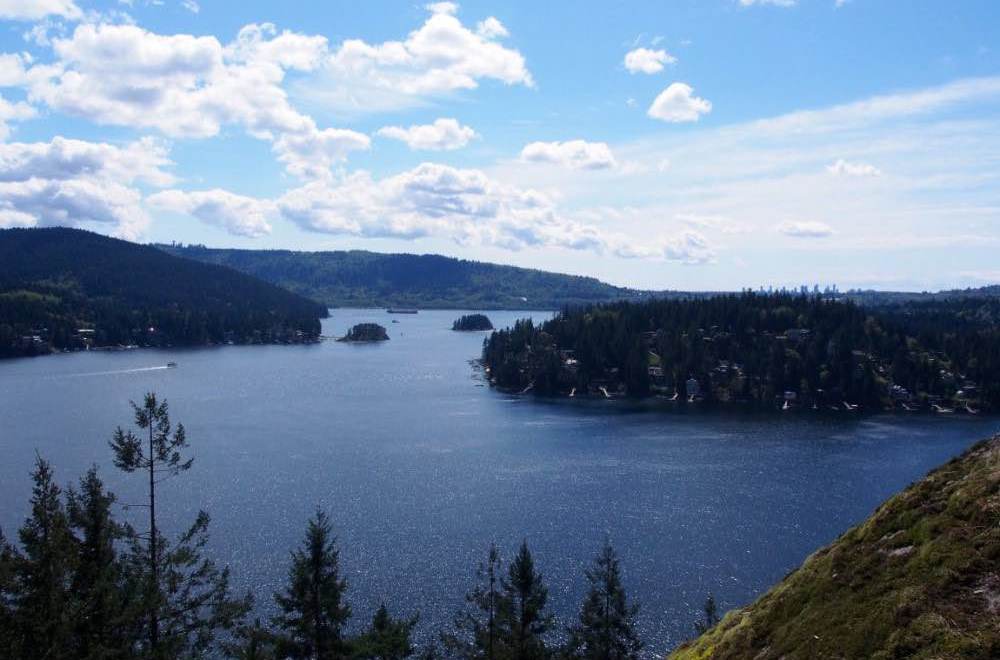 Quarry Rock is a super popular hike in Deep Cove that takes around an hour to complete and gives you a great view of Deep Cove and the Indian Arm. Though it’s an easy hike near Vancouver, do wear proper shoes, carry bear spray and pack your 10 essentials. You’re still hiking in bear territory and the ground is rough with tree roots and rocks that are incredibly easy to trip over and result in a sprained ankle.

If you’re adequately prepared, this is a great little Deep Cove hike.

Read my guide to Quarry Rock for more details on this hike in Deep Cove.

The Arm’s Reach Bistro has good  food with nice views, and the local neighbourhood pub, Raven, is famous for its Deep Cove pizza and has the largest selection of craft beer on the North Shore.

Enjoy a BBQ at Cates Park

Popular with boaters thanks to the boat launch, Cates Park is a large grassy park on the Burrard Inlet just before it rounds the corner and becomes the Indian Arm. It’s the perfect place for catching up with friends and enjoying a picnic or BBQ near Deep Cove. 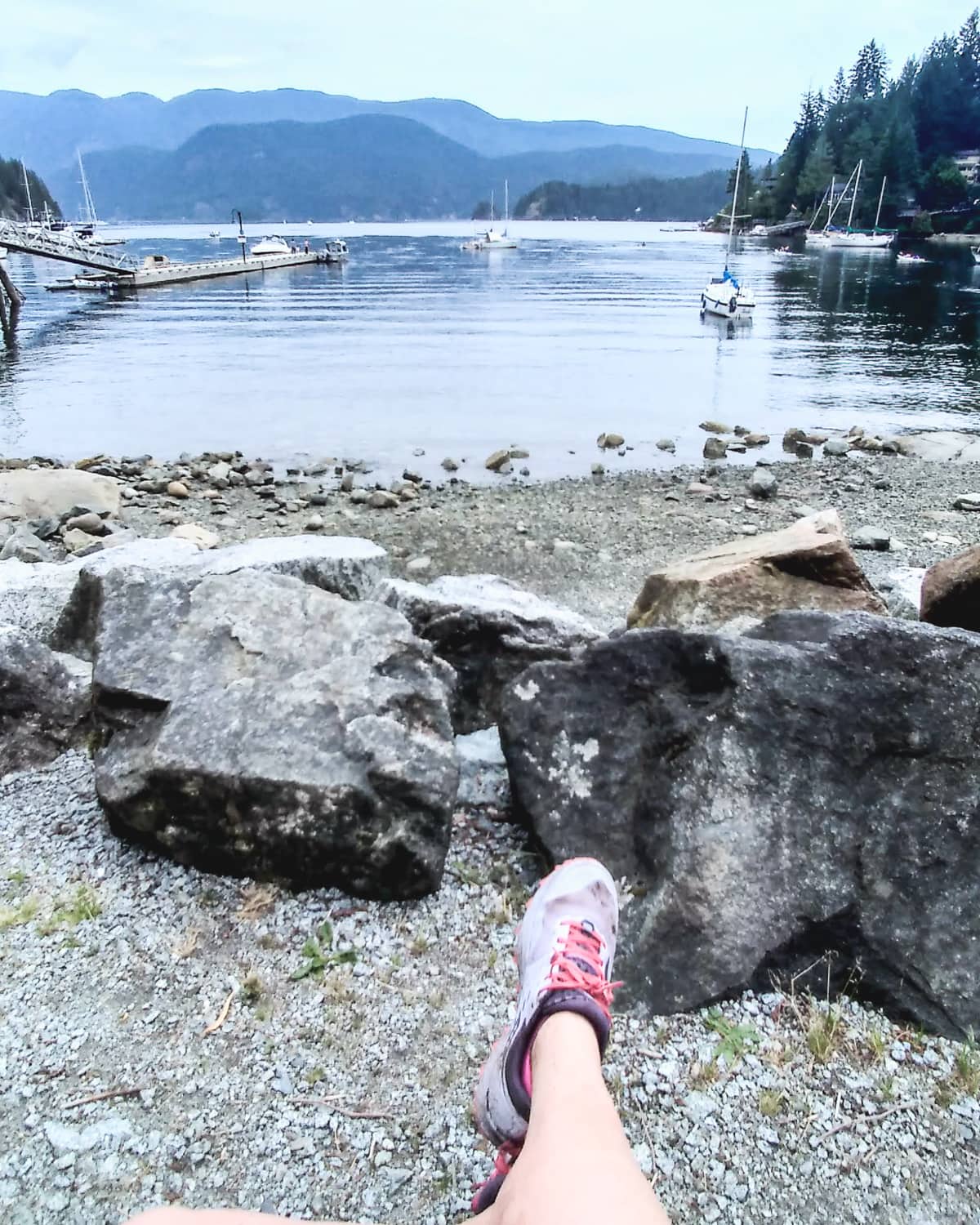 Panorama Park is the park that borders the cove of Deep Cove. The views are beautiful and it’s a great place to hang out for a few hours in the sunshine. You can also go for a swim in the water as there’s usually an area marked out just for swimmers. This Deep Cove park is right at the heart of the village making it easily accessible to visitors.

A bit outside of Deep Cove itself, but sharing the same name, is Deep Cove Brewers and Distillery. This Deep Cove brewery serves beer and cocktails with their own vodka and gin as well as food. If you’ve been out paddling or hiking this place is sure to clench your thirst!

Browse the shops at Deep Cove

Deep Cove has some super cute shops selling locally made items. Room 6, Ahoy and Sunnyside are some of the best with household items and cute decorative things. If you’re an art lover, be sure to check out the Deep Cove galleries too.

How to get to Deep Cove, North Vancouver

As a popular place, parking in Deep Cove can be a hassle. However, it’s easy to get there by public transit and if that’s an option for you I strongly recommend it. Chances are you’re going to have to walk quite a way from your car if/when you do manage to find a space to park anyway!

If you’re driving make sure to look for parking restrictions (there are plenty) to avoid an expensive ticket or tow.