Vancouver’s a cycle-friendly city. There are loads of bike lanes, quiet roads designated as biking routes and there’s the Vancouver sea wall which loops around Stanley Park. Cycling Arbutus Greenway is a great option for a quick and easy bike ride in Vancouver. It’s pretty flat and, at just under 9km, it’s not too long either.  If you want to cycle the Arbutus Greenway, here’s everything you need to know. 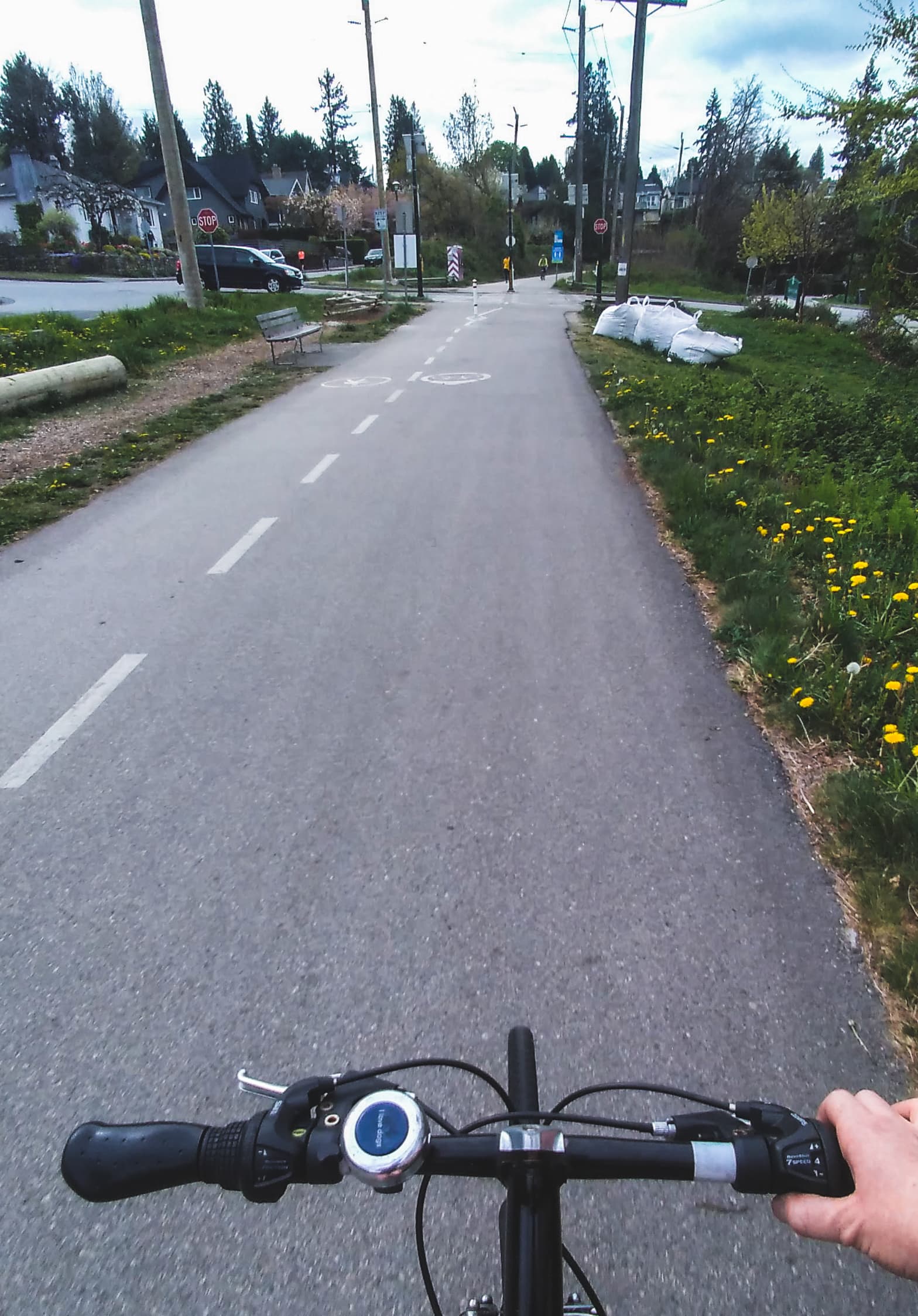 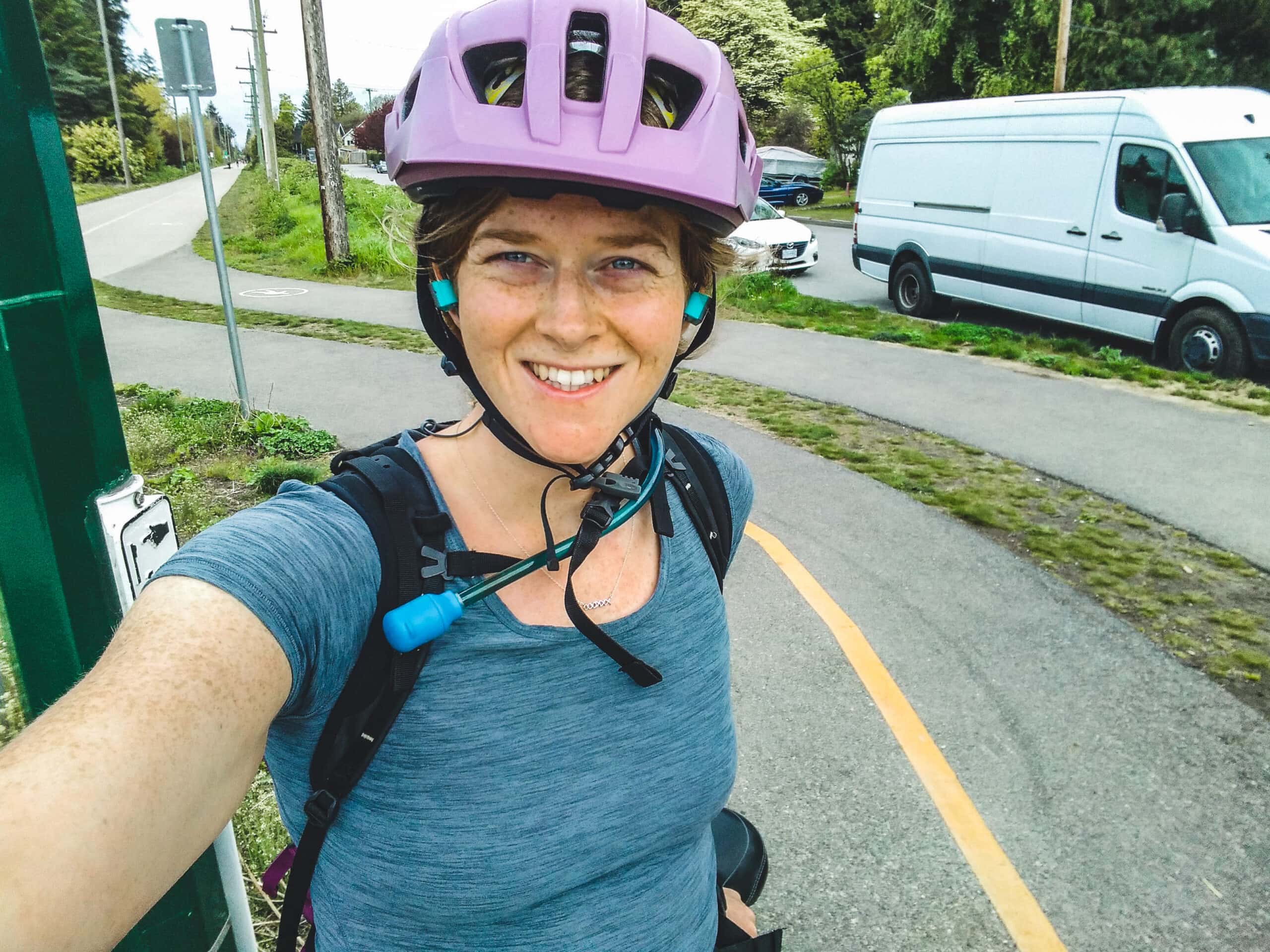 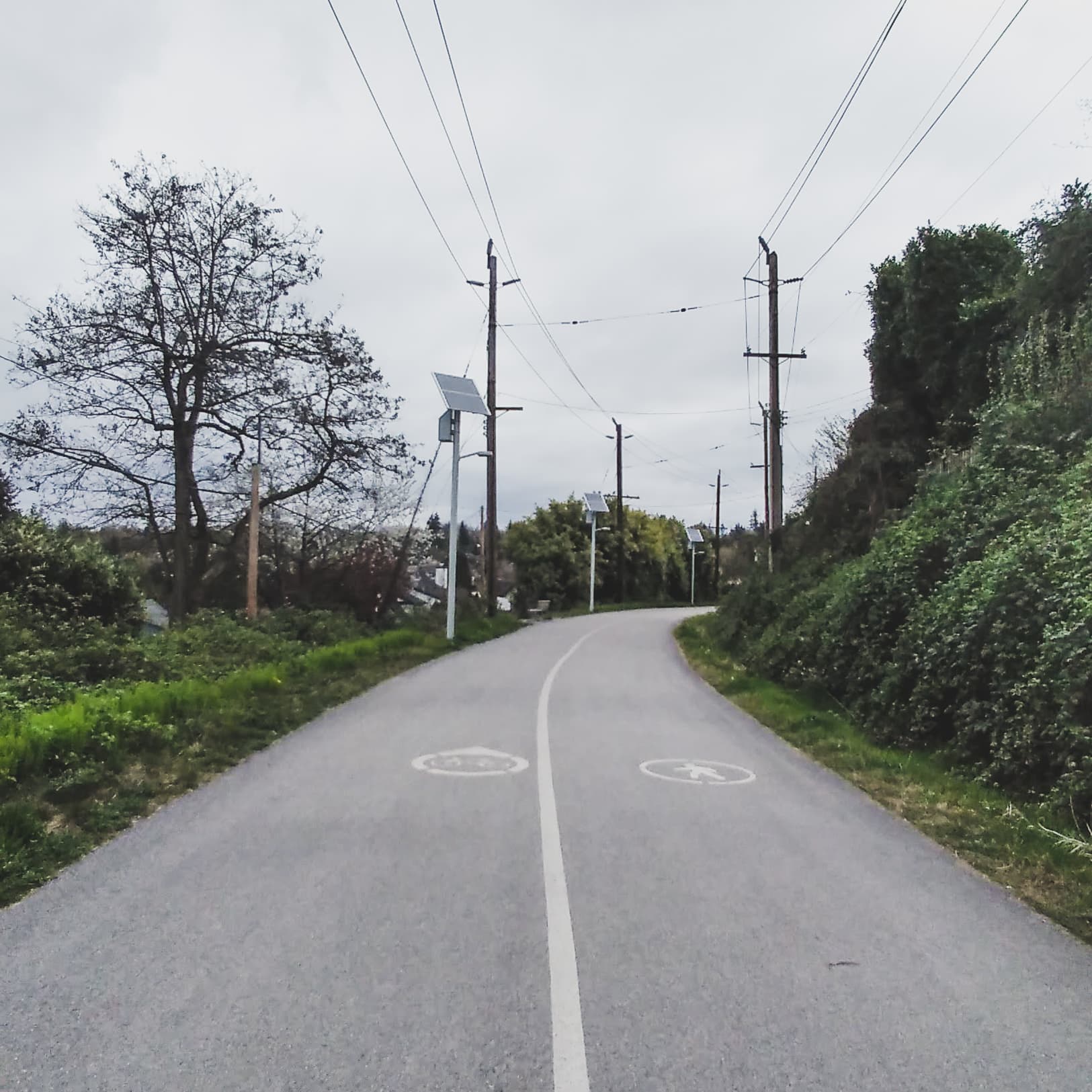 Arbutus Greenway starts at Fir Street and West 5th just over Burrard Bridge in Kitsilano. It then travels almost 9km on a paved pathway to West 75th and Milton Street, almost all the way down to Vancouver International Airport!

Along the way, you’ll pass through several different neighbourhoods of Vancouver. These include Granville Island (or near enough!), West 4th Avenue in Kitsilano, West Broadway, Arbutus Ridge, Kerrisdale Village and. Marpole Village.

Kerrisdale Village is one of my favourite areas in Vancouver. It’s a little further out from where I am in the West End, but it’s a nice little afternoon trip at the weekends. If you’re down there I really like Honolulu Coffee for a drink!

Along the way, the streets are lined with community gardens, and there’s a great view around 37th Avenue. From up here, you can see the ocean and the Northshore mountains. It’s BEAUTIFUl!

Here’s a map of the whole of Arbutus Greenway from Shaw’s Mobi bikes which you can use all around Vancouver. This map also shows the different neighbourhoods you’ll go through, the community gardens and some viewpoints that are worth stopping for.

The Arbutus Greenway is an ongoing regeneration project in Vancouver. The 9km stretch of an old railway from Fir Street to West 75th/Milton Street as now been tarmacked over and makes the perfect cycling route. The pathway is separated into one side for cyclists and one side for walkers and you’ll see plenty of people out and about.

It’s still an ongoing project with plans to add extra features (such as seating and parks) to make it even nicer to explore. View the plans and development process of Arbutus Greenway here.

Vancouver is doing a great job expanding its cycling network! I haven't been on the Arbutus Greenway yet, but it looks like a lovely pathway. Adding it to my list for an upcoming Vancouver visit.

It's definitely got a lot of options for cycling and in general a pretty cycle friendly city :)