Since we moved to Canada, we’ve been keen to get our AST 1 (Avalanche Skills Training) so we could go off and more safely explore outside of the ski resorts! Last year, while living in Sun Peaks, we completed our course and took our first ski touring trip to Zoa Peak along the Coquihalla highway a couple of hours outside of Vancouver. Ski touring at Zoa Peak is a good option for beginners to touring like us. It’s not too far a trip and the terrain isn’t too steep either. If you’re looking to go ski touring near Vancouver, check out this guide to ski touring Zoa Peak on the Coquihalla! 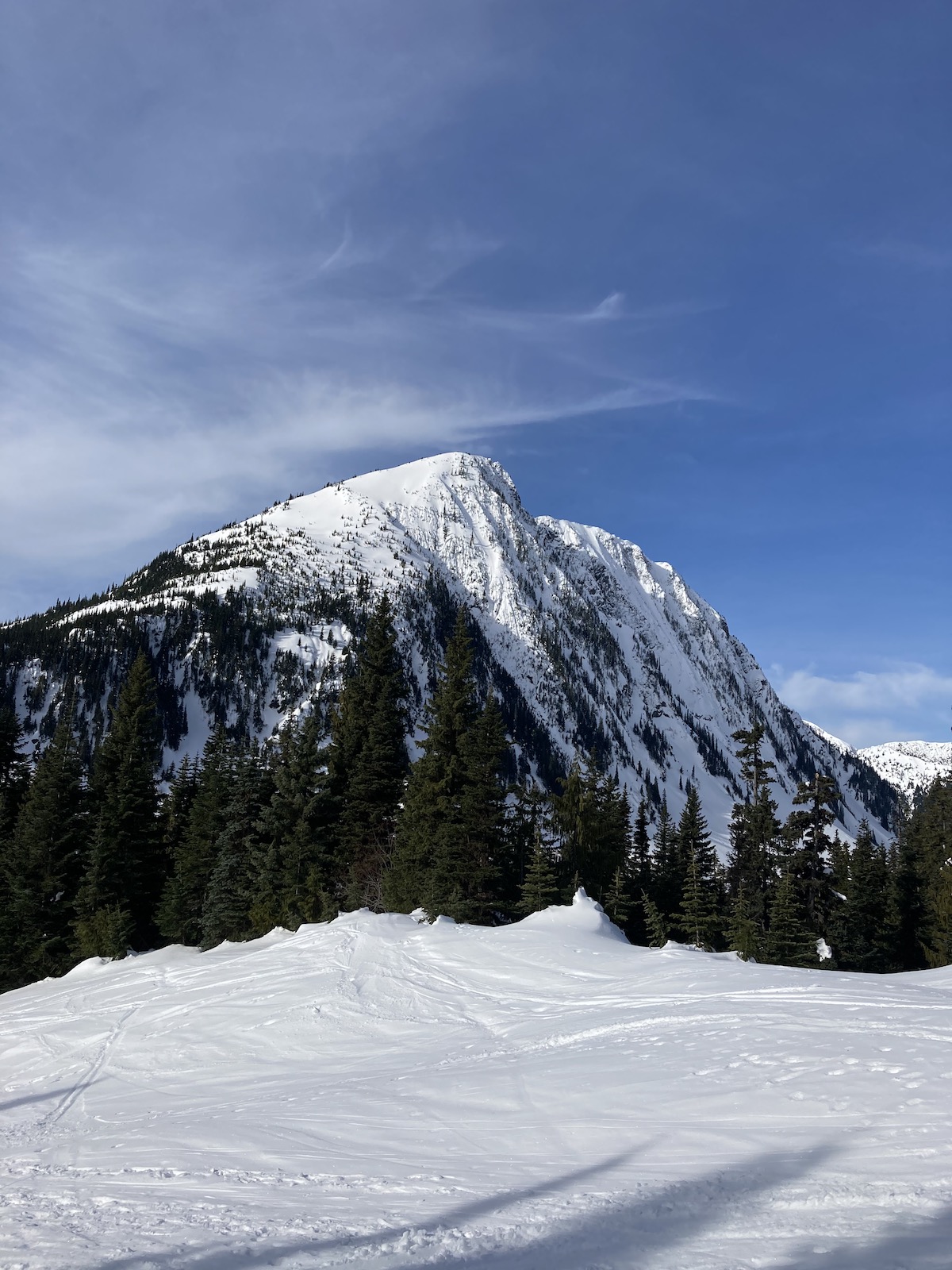 Zoa Peak is one of the easier peaks along the Coquihalla Highway and this area, the Coquihalla Summit Recreation Area, is known for getting great snow during winter and lots of it too! It’s a great destination for a Zoa Peak ski tour, snowshoe (or hiking in the summer!).

How to get to Zoa Peak

Ski touring Zoa Peak starts at exit 221 on the Coquihalla Highway (BC-5). There is parking on both sides of the highway, but slightly more on the northbound side. It fills up quick so you’ll want to head out there early! 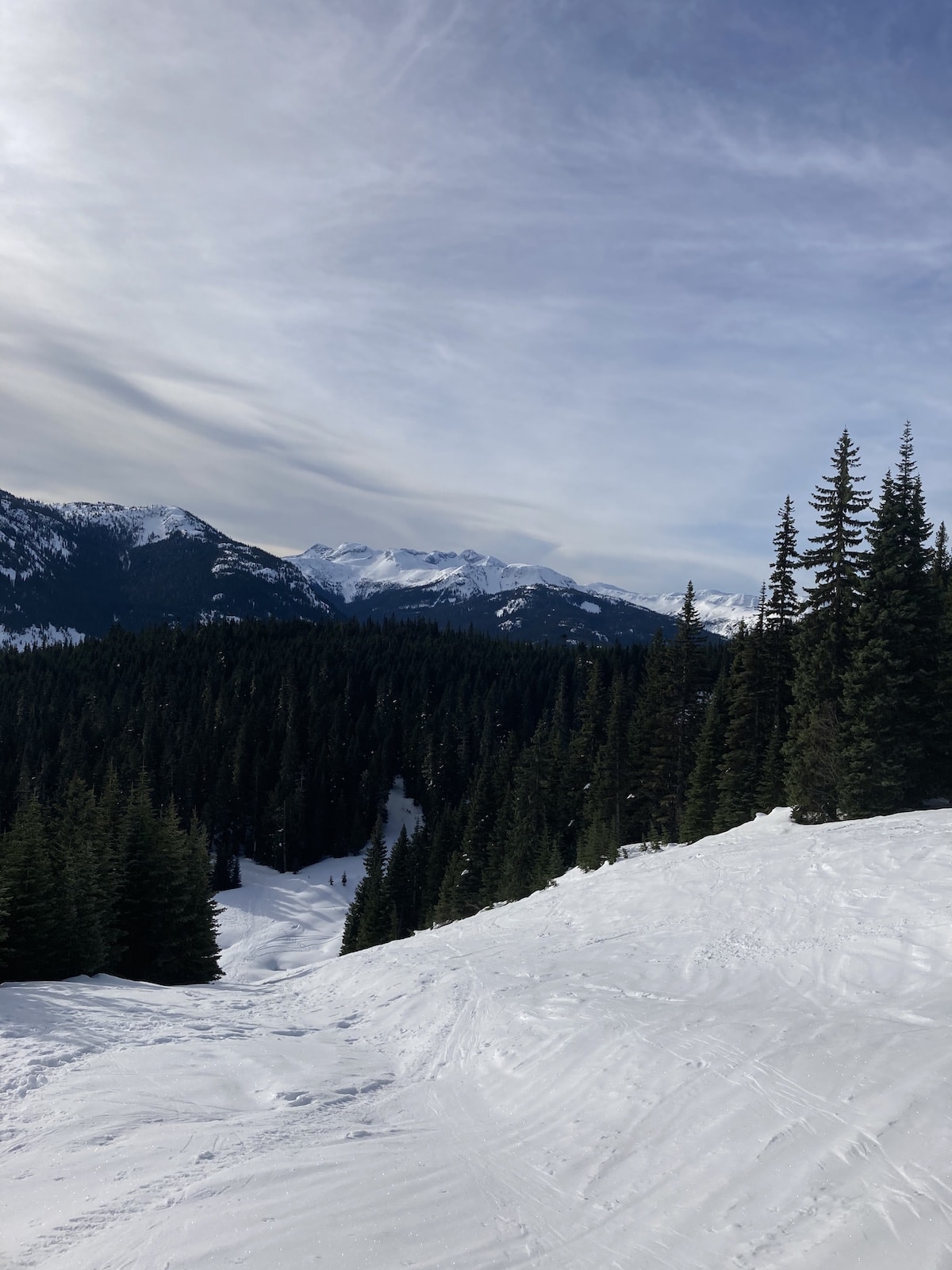 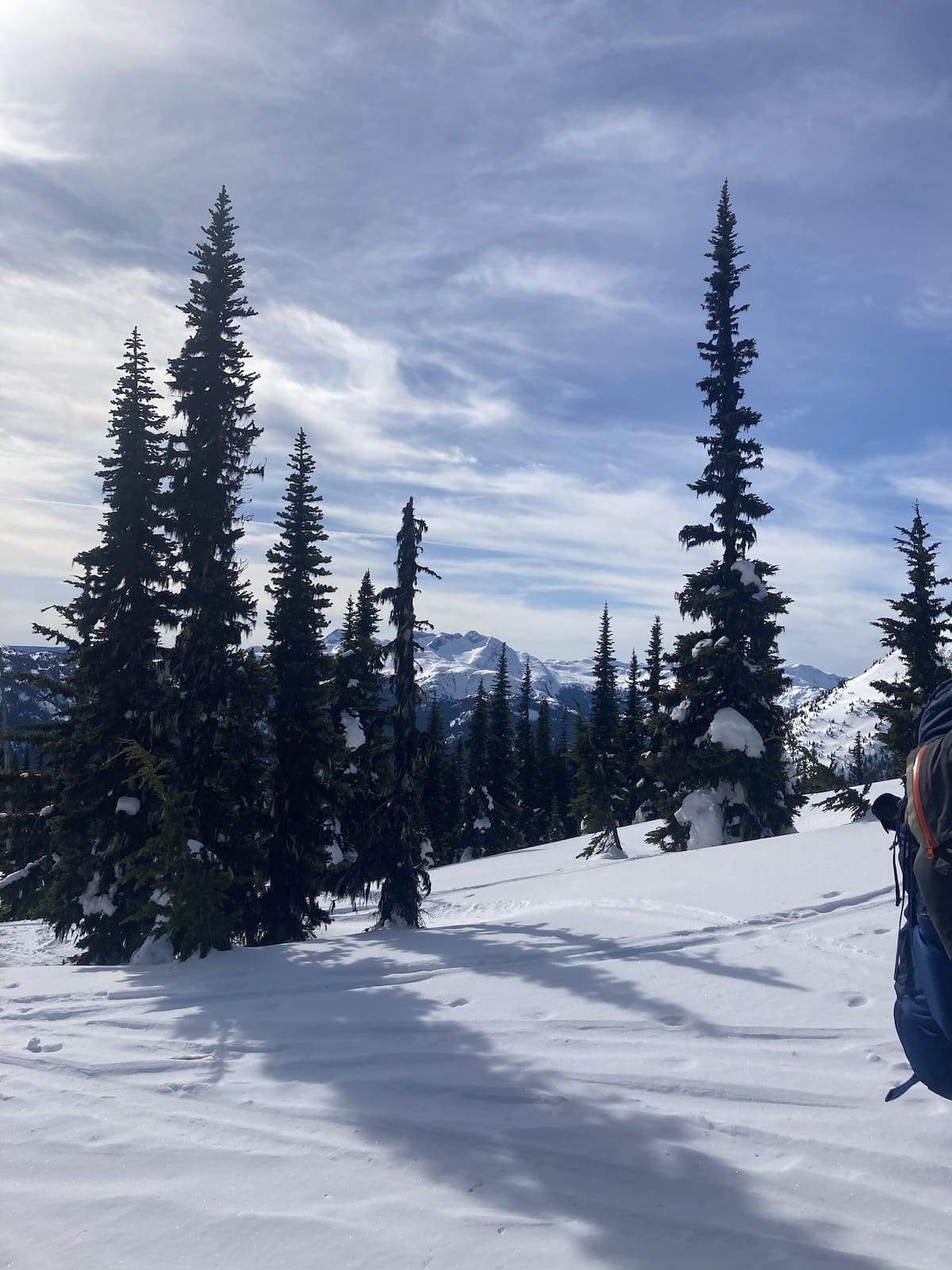 With our ski touring bag packed with all the essentials, we met early in the morning to avoid the warmer temperatures expected in the day and headed off from the parking lot just off the highway.

This is a well-used trail so you’ll likely be able to see the skin tracks already (unless you’re the first after a big dump of snow!).

The trail starts from the southbound side of the highway and takes you on Falls Lake Road, that’s relatively flat before heading uphill to your right. This hill is one of the steepest parts of the skin up but the views will keep you going!

When the hill starts to flatten out, keep your eyes open for a trail marked by orange flagging on your left which goes up into the forest. You’ll continue ascending through the trees until things open up a bit more and you’ll get incredible views of other peaks including Thar and Yak. Continue until you come to a flatter area which is the false summit of Zoa Peak. You’ll know you’re there when you see lots of other people taking off their skins to ski off the side! The other giveaway is that the only way to the true summit from here is to descend slightly before climbing back up again. 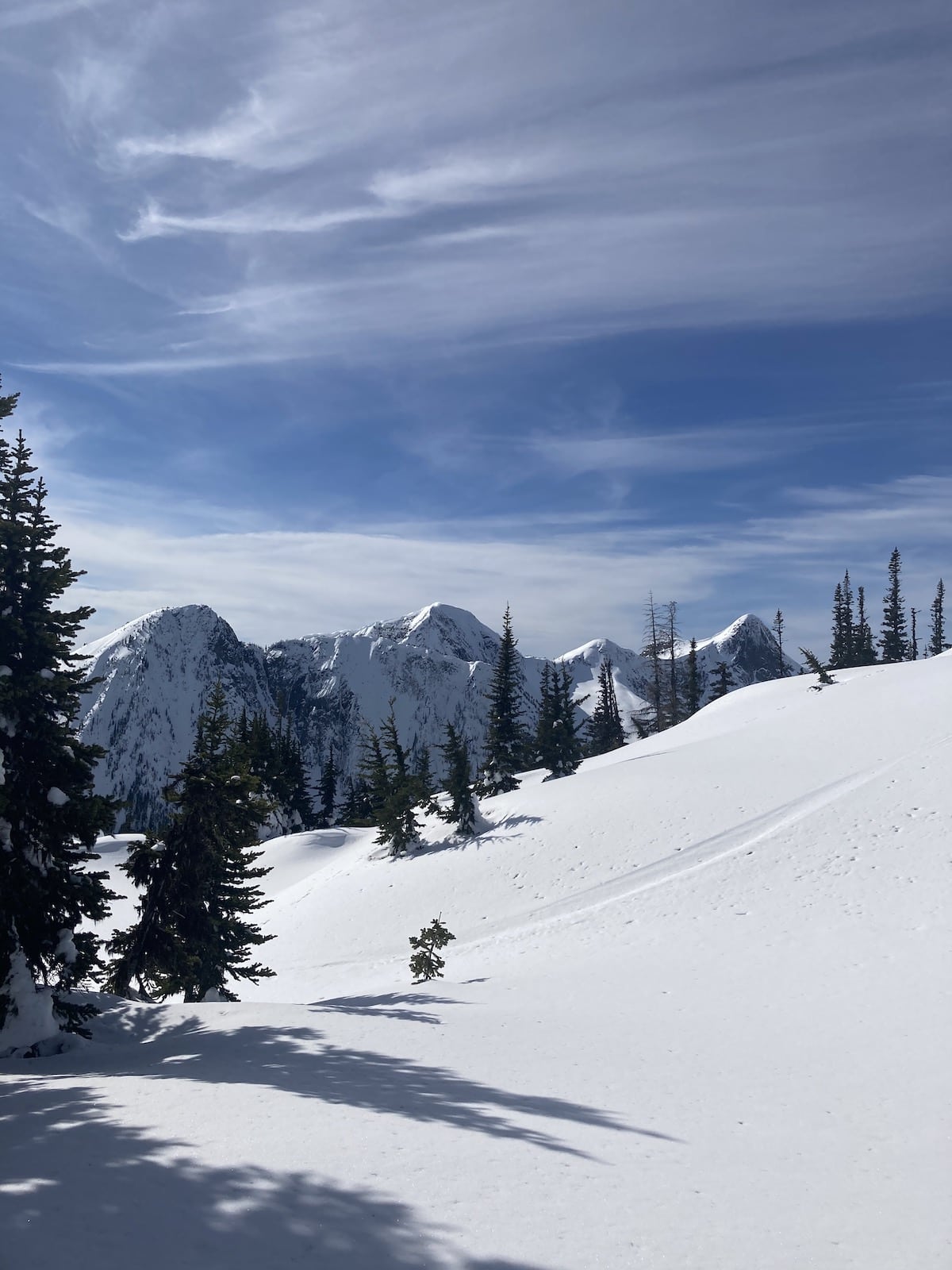 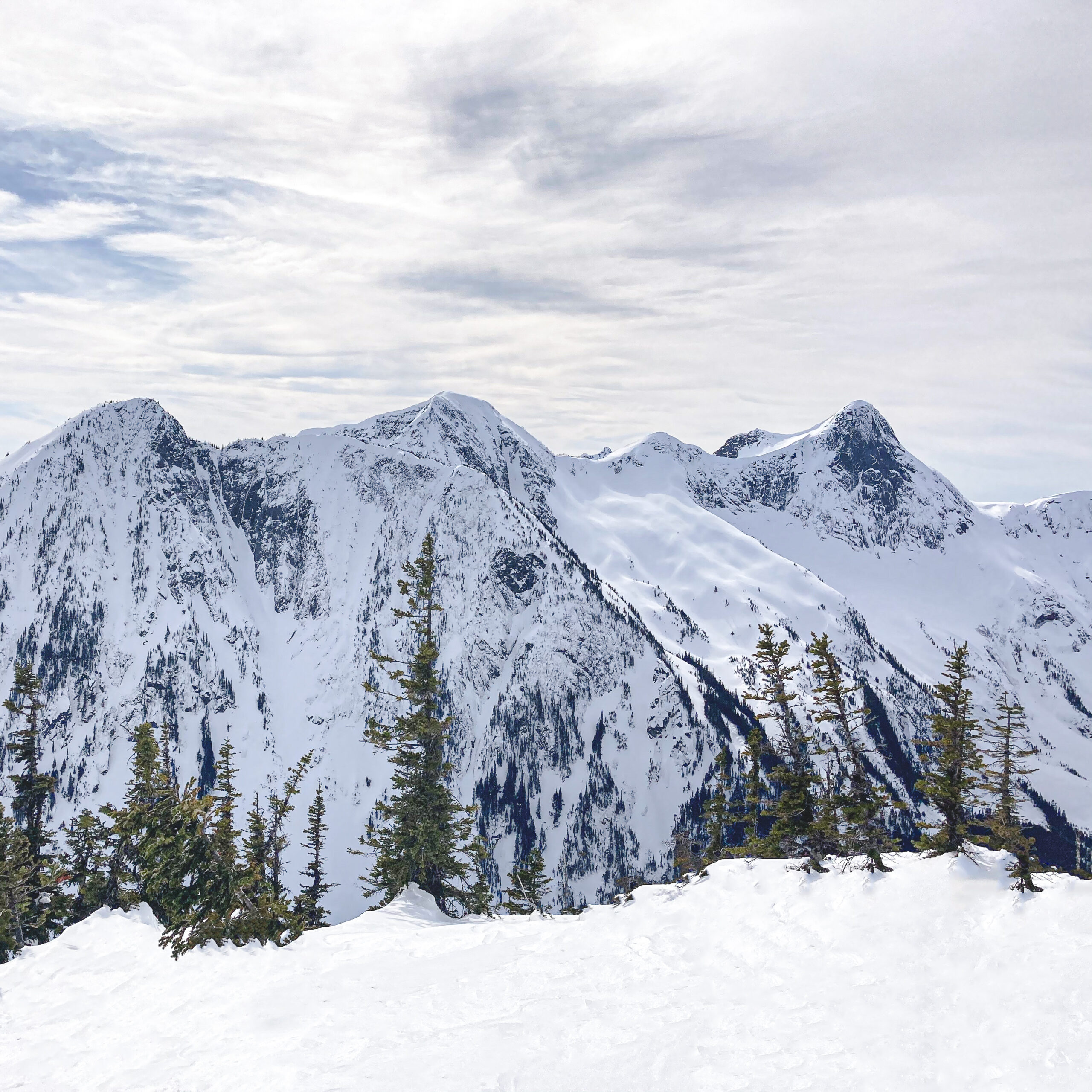 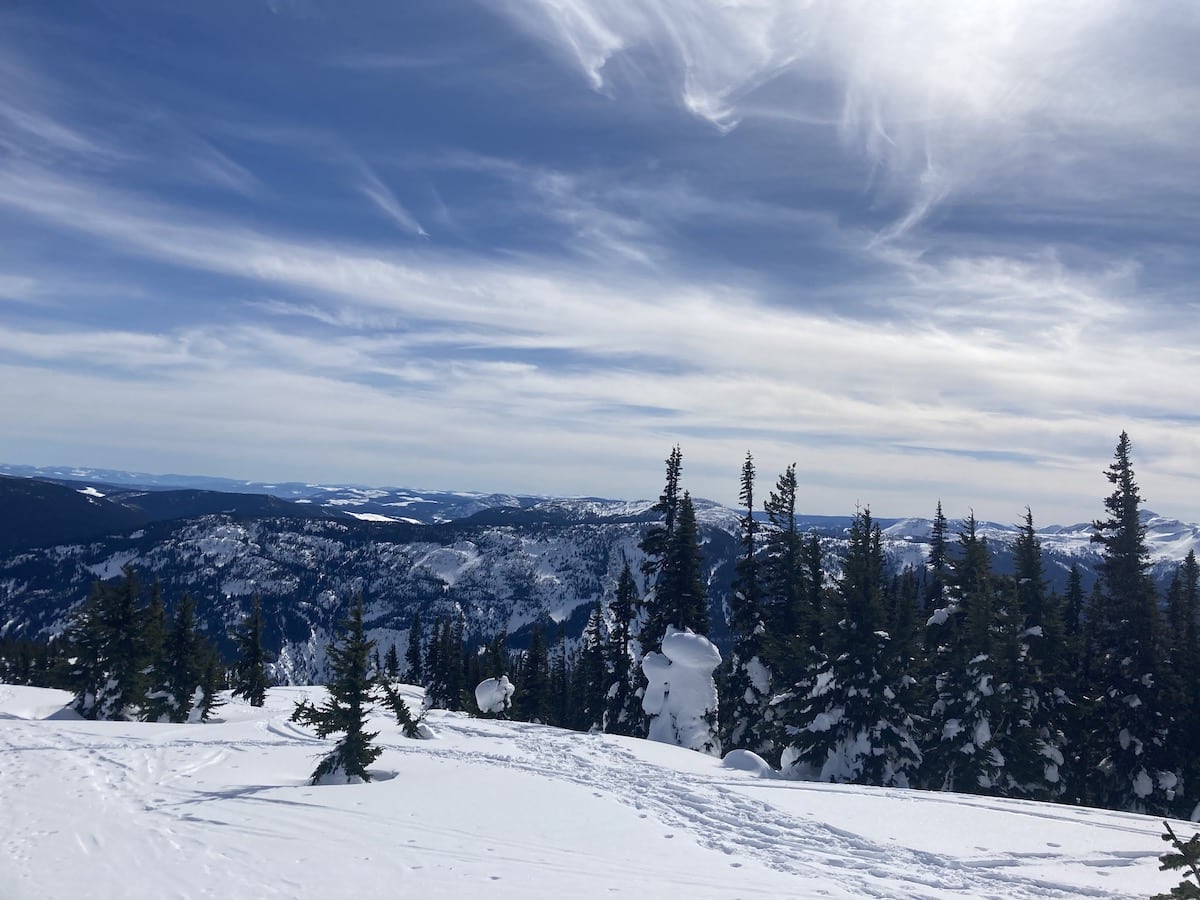 Most people finish their ski tour or snowshoe of Zoa Peak at the false summit. We did see a few people going onto the true summit but since we were planning on getting a couple of laps in we used this as our base.

At the false summit, we took our skins off, had some lunch, and then took our first descent! Despite the fact, it hadn’t snowed much in a little while the snow was great! We enjoyed two laps down, before heading back to the cars. Skiing down is a much better way to descend than to hike down!

Here are the deets you should know before you hike Black Tusk.

Here’s my Strava map for the ascent for the day: