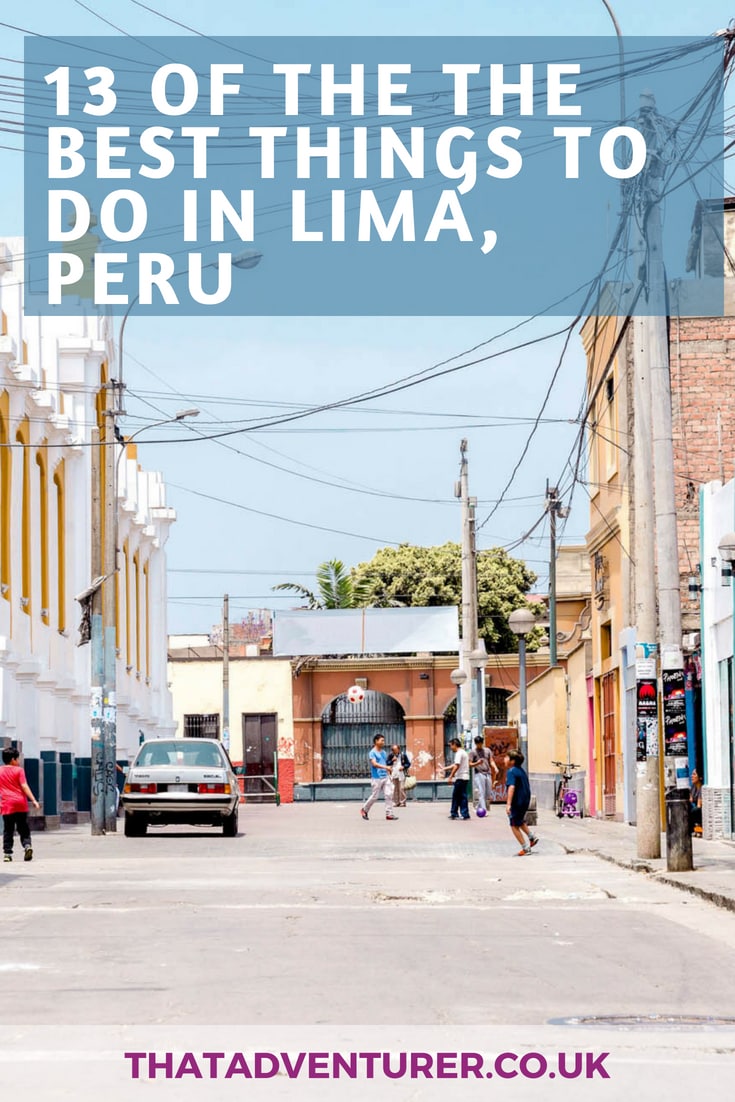 The city of Lima is a sprawling one. With 43 districts and a population of around 9 million it’s not always the calmest place to be. But, it is beautiful. As is the food. And there are plenty of things to do in Lima too.

The city is usually surrounded in fog but don’t worry, you won’t often see rain clouds. Lima is the second driest capital in the world after Cairo in Egypt.

There’s history abound in the city of Lima. Expect Inca ruins, colonial architecture and a lively cosmopolitan scene too. We may have only spend 4 days here back in 2014, but the city left an impression for sure.

The best things to do in Lima 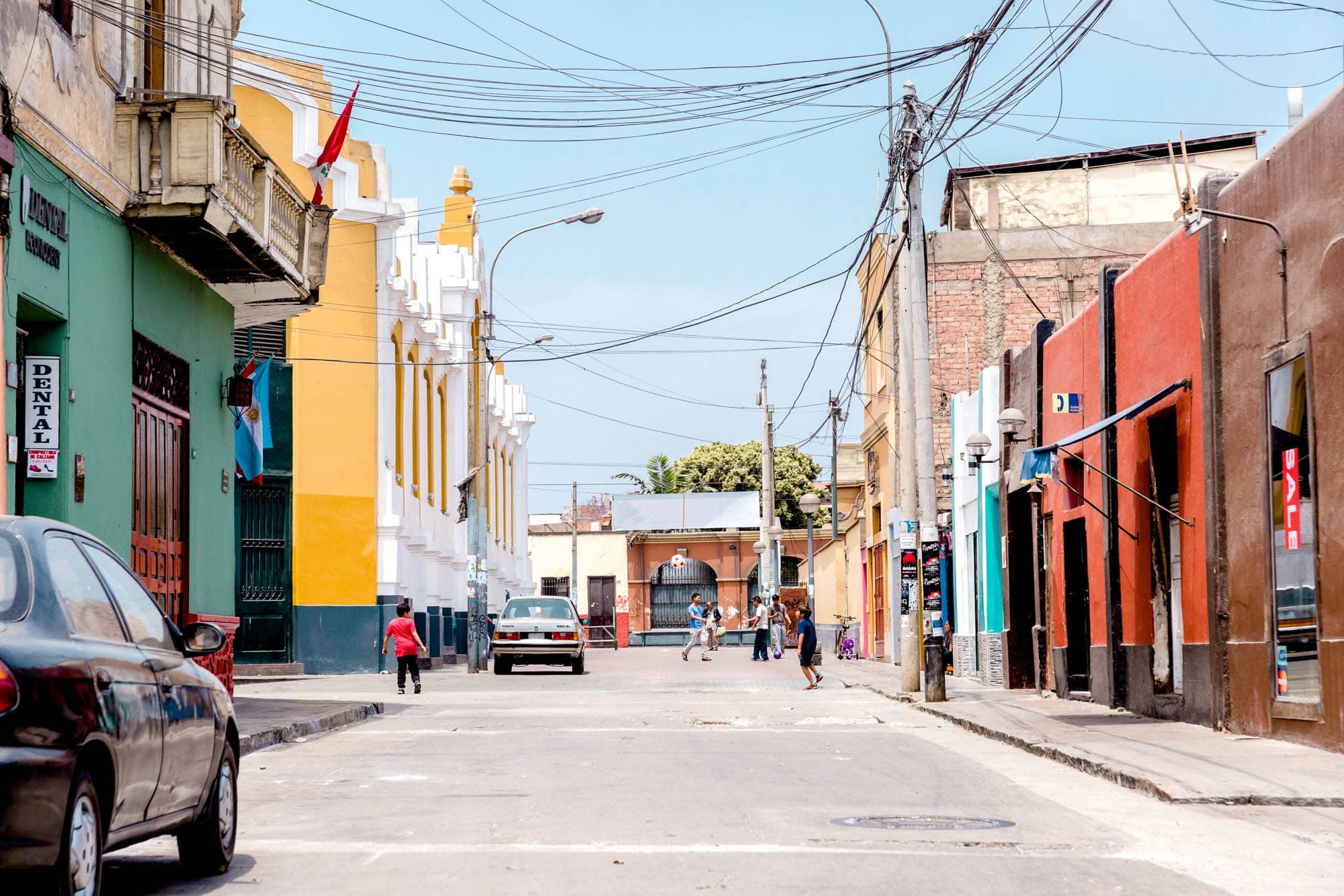 At night time this park is home to a magic water lights circuit. AKA lots of beautiful water fountains with colourful lights. You might think that doesn’t sound like much but I promise you you’ll be impressed.

Learn to cook at Sky Kitchen 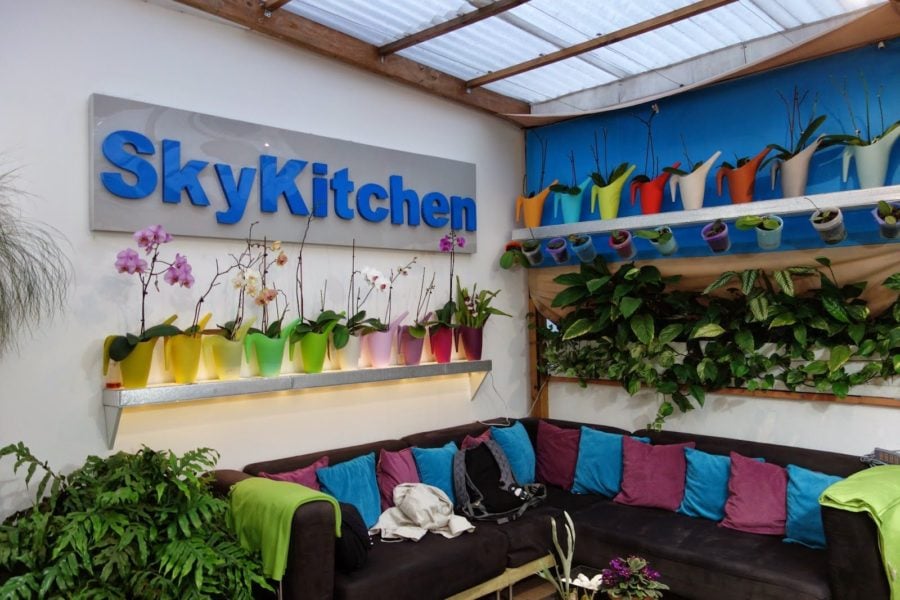 You can’t come to Lima and not sample Peruvian food. Why not take it one step further by learning how to cook Peruvian cuisine yourself? Sky Kitchen offer several cooking classes where you’ll learn to make ceviche, picarones and more. You’ll get the recipes sent to you after class so that you can recreate your holiday dishes at home.

Lima’s Museo Larco is a good place to start your trip to Peru. Here you’ll learn a lot about the country’s history.

The Iglesia de Santo Domingo and the convent were originally completed in the 16th century. The pink church has been rebuilt and remodeled throughout the years and is home to three important Peruvian saints.

Slap bang in the middle of the trendy Miraflores district is Parque Kennedy. Not only is this an enjoyable place to sit (which also had free wifi back in 2014), but it’s home to the city’s street cats too.

The cats are looked after by local people and, in most cases, have been spayed and neutered too to try and limit the population. Great place for a kitty cuddle!

We visited these ruins on the last day of our stay in Lima. This restored adobe ceremonial centre from the Lima culture dates back to AD 400.

In 2010, an important discovery of four Wari mummies was made. You can take regular guided tours (but in Spanish) or Huaca Pullcana.

Lovers Park is protected from the ocean breeze by a colourful wall of mosaics. This park is great for a run or morning stroll. You’ll see plenty of people walking hand in hand and taking selfies too.

Don’t miss (not that you could) the massive sculpture of a couple kissing.

The main reason people visit this monastery is to see the catacombs. The catacombs are said to contain around 70,000 remains! Tickets cost 7 soles and includes a 30 minute guided tour in English or Spanish.

The Plaza de Armas, also known as the Plaza Mayor, is one of the main things to do in Lima. It was built in 1535 and remains the city’s focal point. Grab a seat and do a spot of people watching on a humid afternoon!

Find delicious ceviche at a hole in the wall 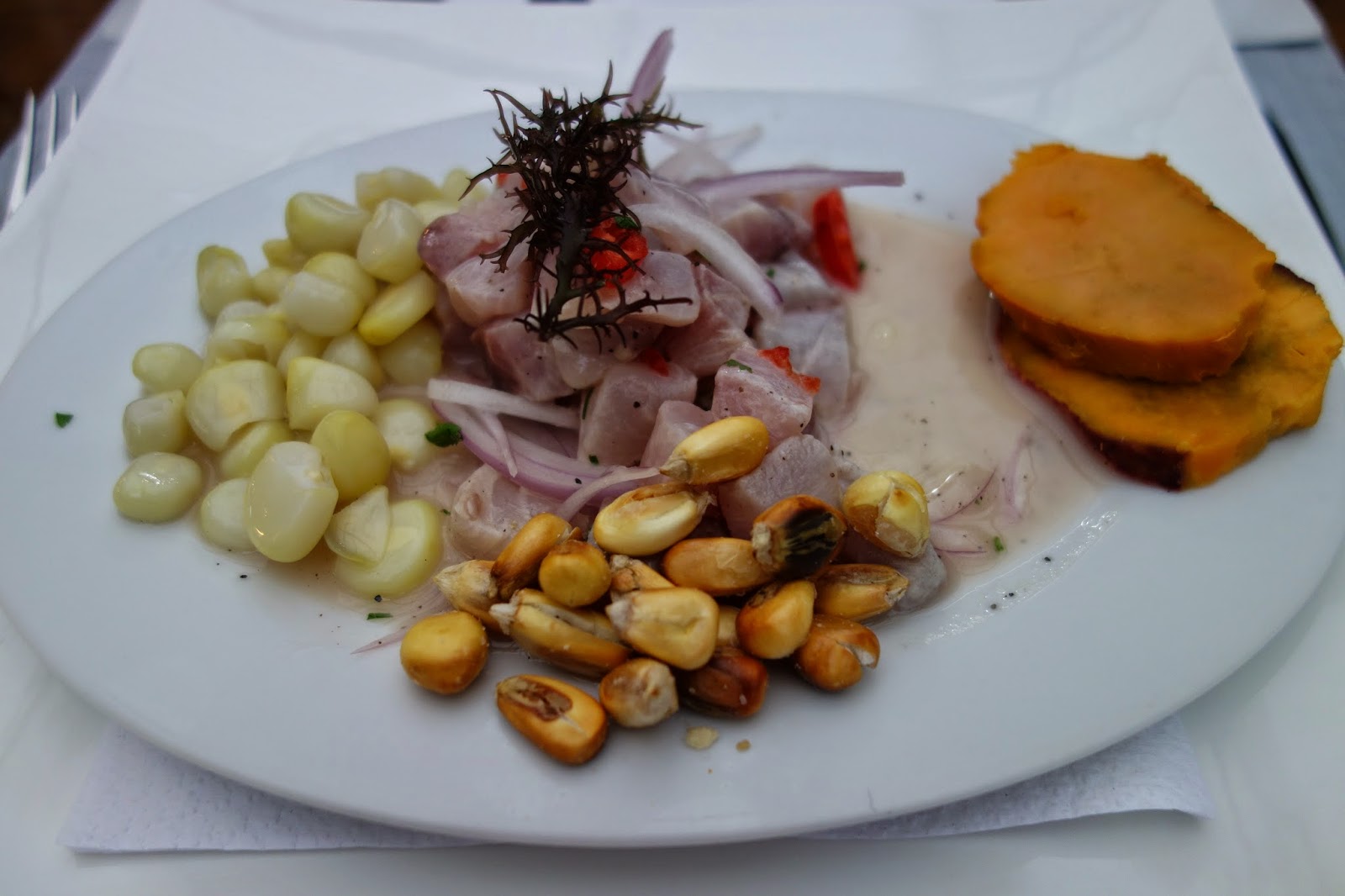 Lima is surely the best place in the world to eat ceviche. Head to the neighbourhood of Sequillo and find Al Toke Pez. This tiny (6 seat) restaurant serves some of the city’s best ceviche. You don’t want to miss it!

I’m not a fan of a pisco sour but that doesn’t mean I didn’t try one! Whatever you do, don’t try and tell a Peruvian that pisco sour was invented by Chile and vis-a-versa

Spend an evening in Parque Kennedy

We passed by Parque Kennedy on several evenings and there was always something going on.

One night there was a massive capoeira show (this is what that is!), the other a big group of pensioners slow dancing. You’re sure to find some free entertainment here!

The neighbourhood of Barranco stands out, in part because it’s so colourful. The walls of this district are filled with street art and the buildings are bright and colourful too.  Barranco is home to some of Peru and Latin America’s finest artists and is a must see du

Where to stay in Lima

Here’s a few tips on where to stay in Lima.