We spent a couple of days getting to know Montevideo, the capital of Uruguay after our stay on a Uruguayan cowboy ranch. Arriving on a Sunday we found the city incredibly sleepy especially for a capital city, and in South America during the world cup!

Were we in the right place? Perhaps it was just because we were comparing Montevideo to the last big city we’d been in; Rio de Janeiro and host city for the World Cup that year. If that was the case then we were being a bit unfair.

However, quiet or not, we enjoyed our few days exploring Montevideo. It still has bustling pockets and the quieter nature of it was much appreciated by the end of our visit.

Best things to do in Montevideo

If you’re planning on visiting Uruguay’s capital city, here are a few things to do in Montevideo.

Most of them offer ‘parilla’ which is basically a BBQ with sausages, meat and seafood. Smoke rises from the air above the building and the smells will entice you in (unless you’re a vegetarian, of course).

Whether or not you buy something to eat, you’ll still have a great time exploring Mercado del Puerto. 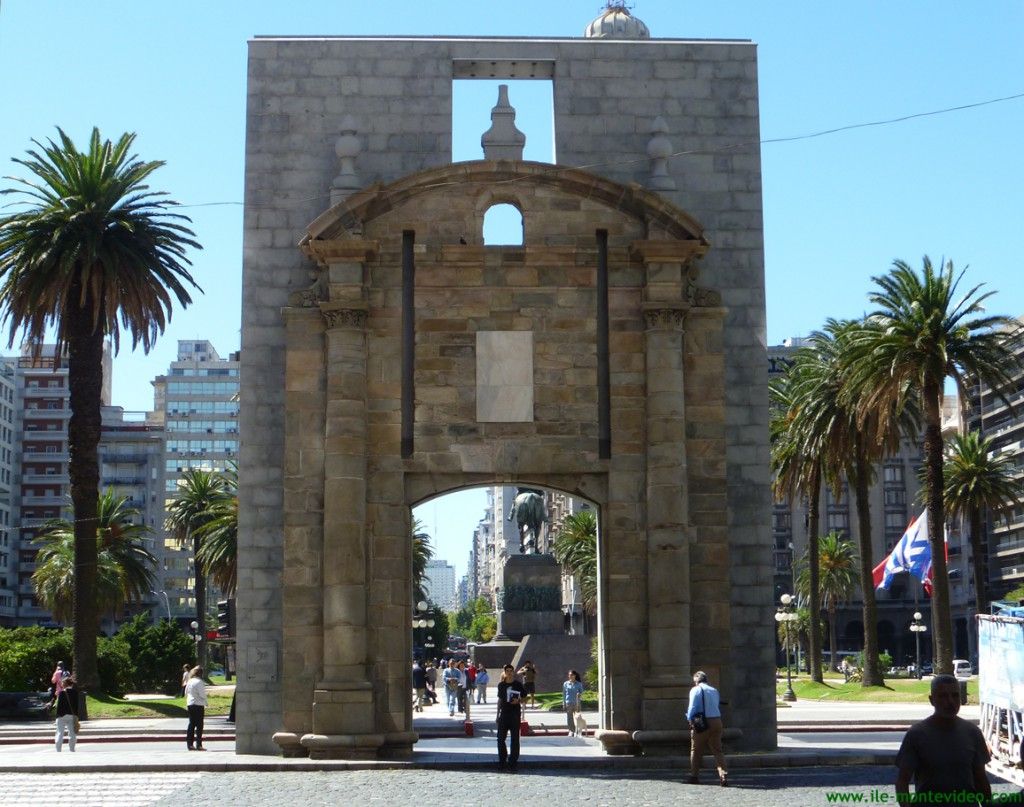 The older parts of Montevideo are the parts you’ll undoubtedly end up falling in love with. They’re full of pretty coloured buildings, family-owned restaurants and locals wandering around. This part of town used to be surrounded by a wall and today only a small part of this remains; Puerta de la Ciudadela.

Montevideo’s old town (Ciudad Vieja) is the area surrounding the Mercado del Puerto so you can do both in one morning.

Find a bargain at the flea market When we arrived on Sunday in Uruguay, one place we did find action was the Tristan Narvaja Street Market. This massive flea market is held every Sunday from 9am and is the largest in the country.

Here you can find the usual items such as antiques, old books (& some junk of course), amongst fruit and veg. 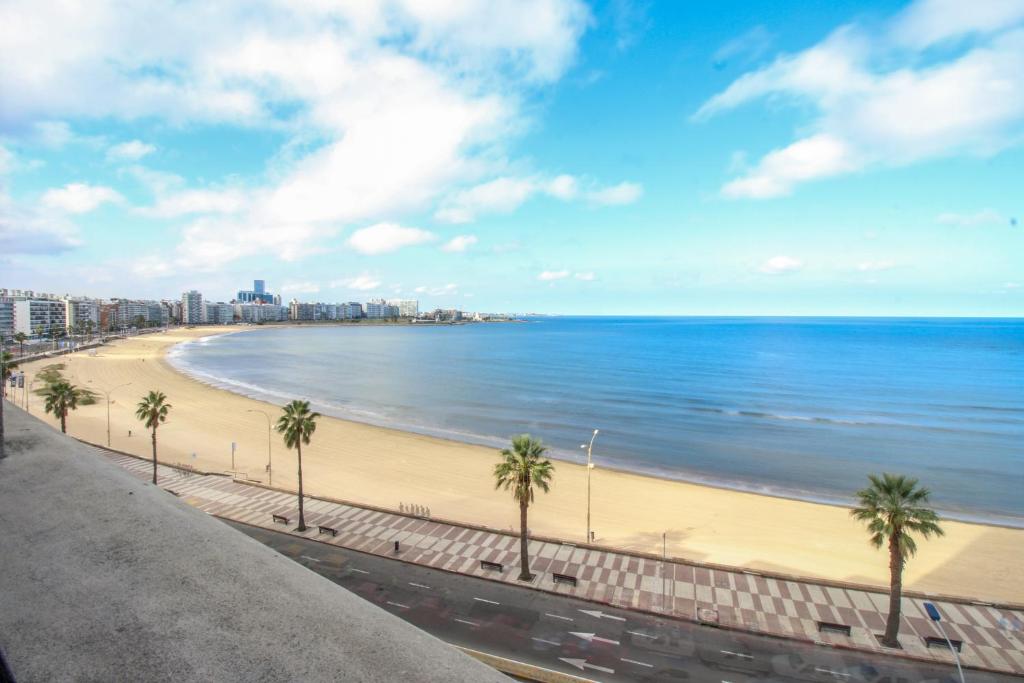 Walking Montevideo’s La Rambla takes you along the city’s coastline. It’s a great way to pass a few hours, especially in nice weather.

The full pathway is 22km long (a little like Vancouver’s seawall!) and so the best way to see it in its entirety is to hire a bicycle. Along the way, you’ll pass plenty of beaches, but Playa Ramierz and Playa de Los Pocitos are widely believed to be the nicest.

Take in the Candombe

The Candombe is a music and dance performance which was originally brought to South America by African slaves. It’s still practised today and is interesting to watch and listen to. UNESCO has said that Candombe is an important part of the world’s cultural heritage. In Montevideo, you can watch it on Sundays at 7 pm in the Palermo district.

Getting to and from Montevideo

We caught the bus from Iguassu Falls on the Brazilian side. It’s a very, very long bus journey from here. We left for Buenos Aires by taking the ferry between the two cities. If you’re coming from Buenos Aires you could obviously do this both ways.

Montevideo is relatively small and walking around means you’ll find some hidden gems and get a real feel for the city. Alternatively, you can make the most of Montevideo’s public bus system. There’s usually a man, separate to the driver, who will take your money and give you a ticket.

[…] Things to do in Montevideo, Uruguay | That Adventurer […]