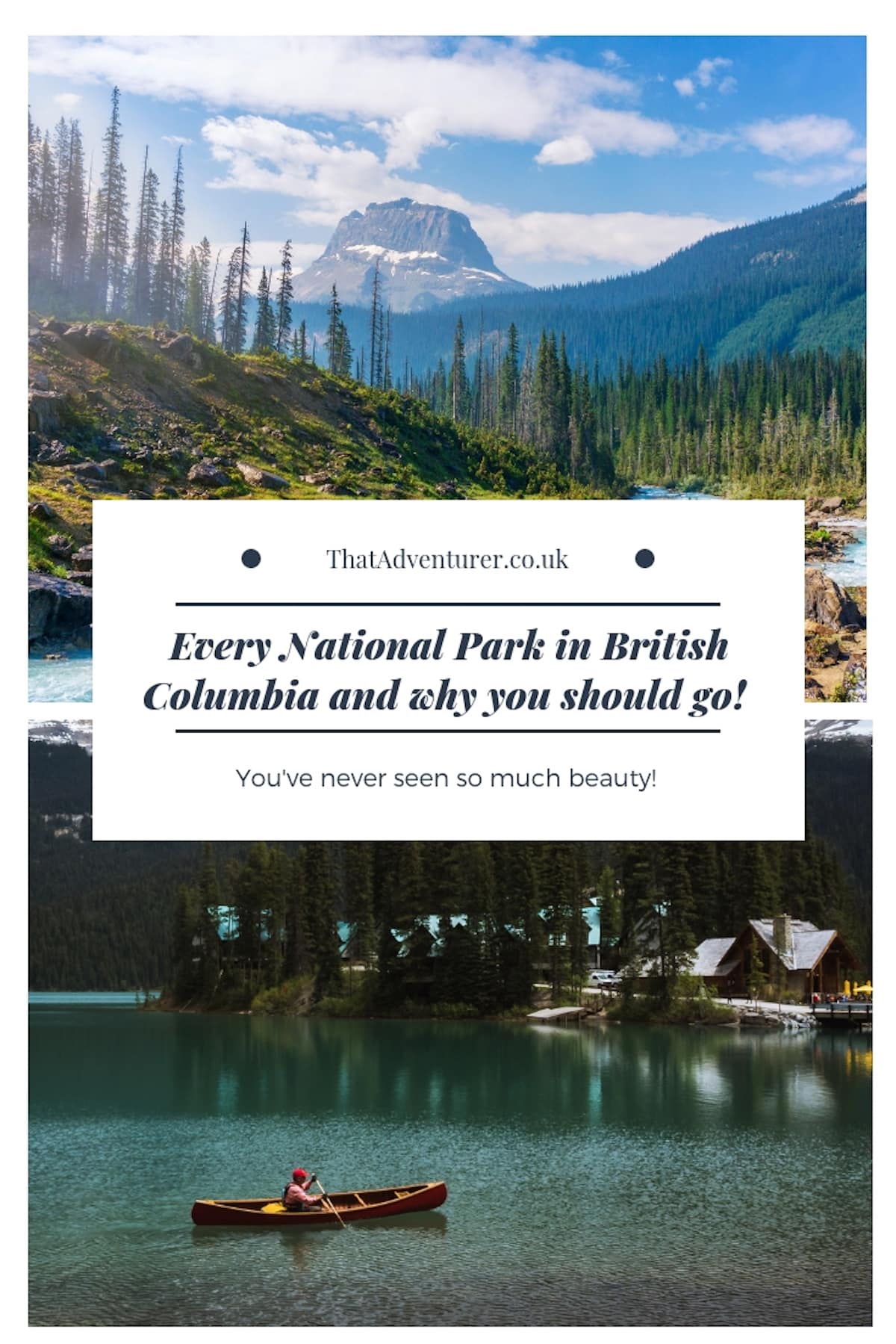 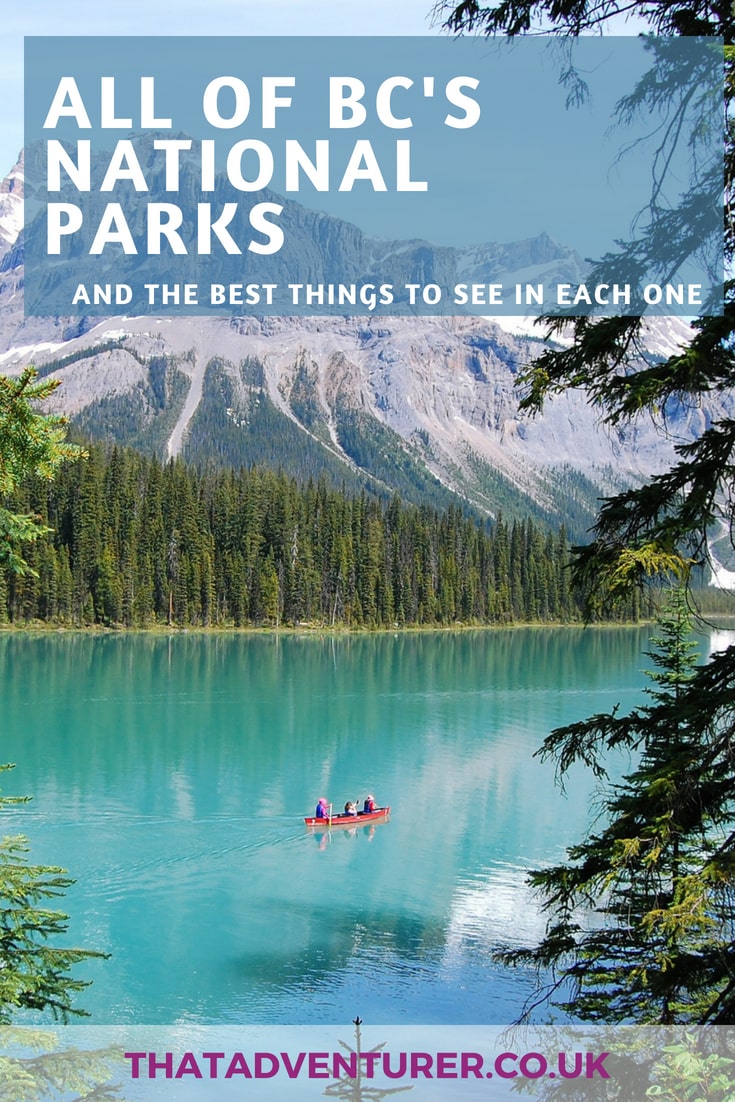 It won’t come as a surprise when I tell you that BC has some beautiful National Parks. There’s a reason BC’s slogan is “Beautiful British Columbia!” A lot of British Columbia’s National Parks are a fair distance from Vancouver (but that’s okay as there’s still a tonne of hiking to be done in the Provincial Parks!). However these parks are definitely worth the travel time if you’re planning a longer trip out of the city, or visiting British Columbia on holiday.

Take a look at this list of National Parks in BC and what to see and do when you’re there. 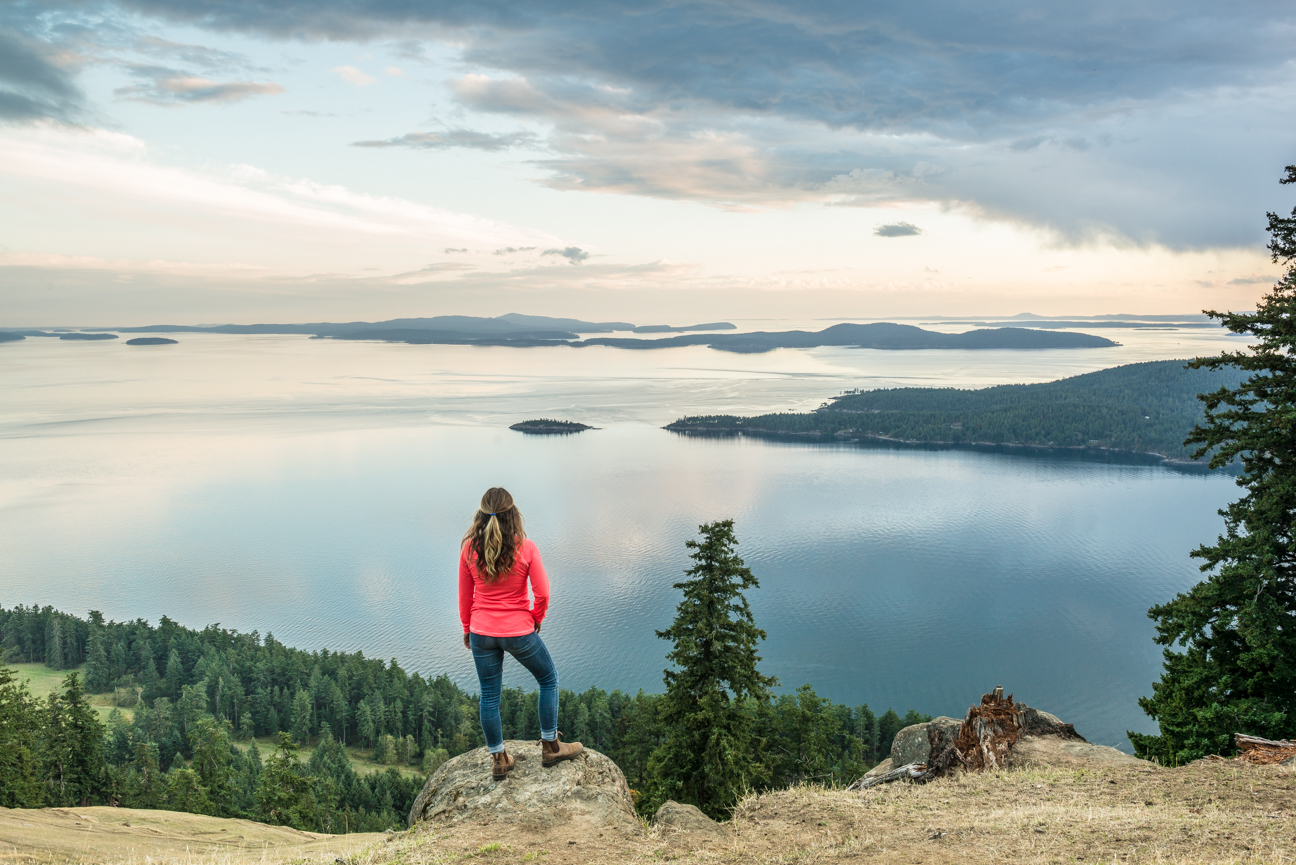 It’s a beautiful park where you may see eagles and seabirds fly high above the Salish Sea. The waters are full of seals, otters, orcas and pods of porpoises so don’t forget to hit the water by kayak or perhaps swim to catch a glimpse of this wildlife!

When you’re not looking up for birds, or below water for sea creatures, then hit the trails and gaze out from mountaintop viewpoints and checkout the lighthouses and reminders of the First Nations who owned this land.

What to do in the Gulf Islands National Park Reserve

There’s plenty of outdoors adventure in the Gulf Islands National Park Reserve. Some of the best views are from Mount Norman, Mt. Warburton Pike, and around Narvaez Bay. You can also go whale watching at East Point on Saturna Island or take a tent and camp at one of the many campgrounds in the National Park.

Over on the west coast of Vancouver Island near Tofino is BC’s Pacific Rim National Park. This National Park has three separate areas to it; the West Coast Trail, Long Beach (perfect for sunset watches and surfers) and the Broken Group Islands area (an archipelago of rocks and islands that you can only get to by boat).

Whichever part of the Pacific Rim National Park you explore you’ll find yourself in a beautiful rainforest with waterfalls, sandstone cliffs and beaches. The coastline here is truly beautiful.

What to do in the Pacific Rim National Park

If you’re looking for a real adventure then pack your tent and a camping gear and hit the West Coast Trail. This trail is 75km in total and takes you along the coastline where you’ll pass waterfalls, navigate trail ladders and be in awe at your surrounding scenery. If you don’t have time for the full trail you can also hike small sections for a few hours at a time.

If you’re a surfer don’t miss out on the waves by Long Beach which is a spot popular with surfers the world over. 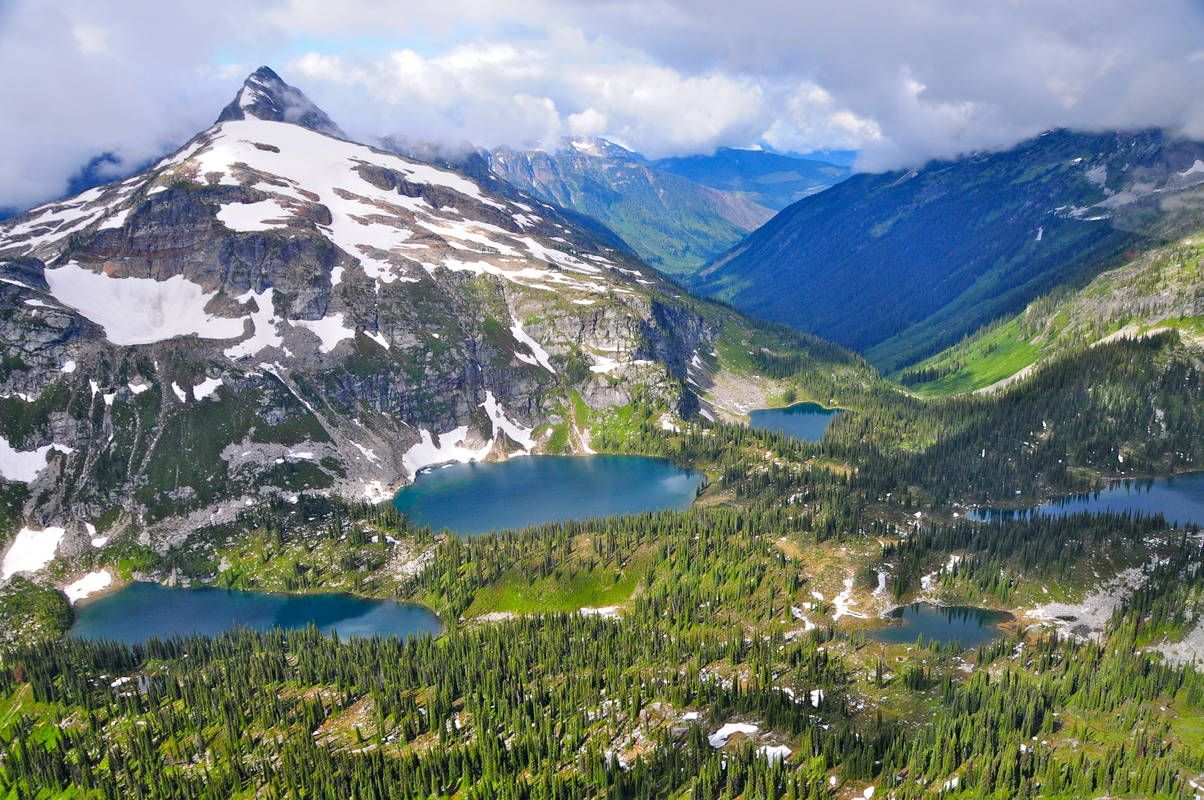 Mount Revelstoke National Park is on a different mountain to Revelstoke Mountain Resort where we went skiing over Christmas but they’re very close. This park is home to the only mountain in the national park system that you can summit just a short walk from your car. So, if you’re not up for a big hike but want to summit a mountain, then this is the National Park for you!

Things to do in Mount Revelstoke National Park

Come summer the meadows are teeming with wildflowers that are super pretty. You can drive up to them on the Meadows in the Sky Parkway. There are a series of hikes from the parking area which vary in difficulty.

You can also check out the forests. This National Park is home to the world’s only inland cedar rainforest. The Giant Cedars Boardwalk Trail is a good place to start your introduction to Mount Revelstoke National Park’s forest. 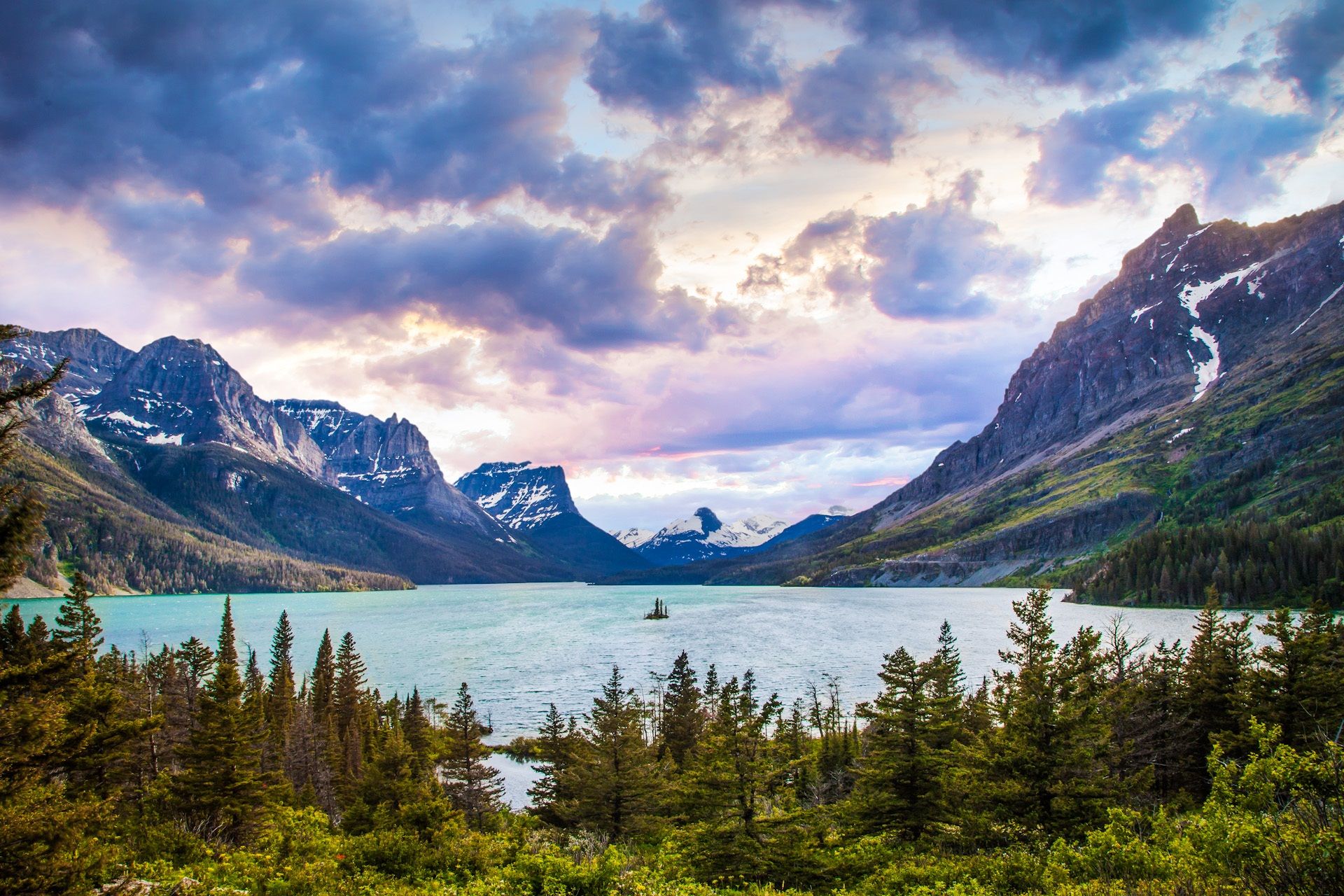 Not to be confused with America’s Glacier National Park, the BC version is in the east of the province and is one of the most well known National Parks in BC.

It’s a year round paradise thanks to its alpine scenery, valleys and ancient forests. Hit the trails or stay low as you stroll through the moss covered forest. And don’t forget to take a look at the park’s namesakes: the 400+ glaciers!

Things to do in Glacier National Park

Make your way to Roger’s Pass summit for incredible alpine views. If you just drive through the park you’ll miss out on some of its beauty. This is one park best explored on foot. The hikes can be very challenging but there are easier ones too.

Check out this page for more information on hiking in BC’s Glacier National Park. 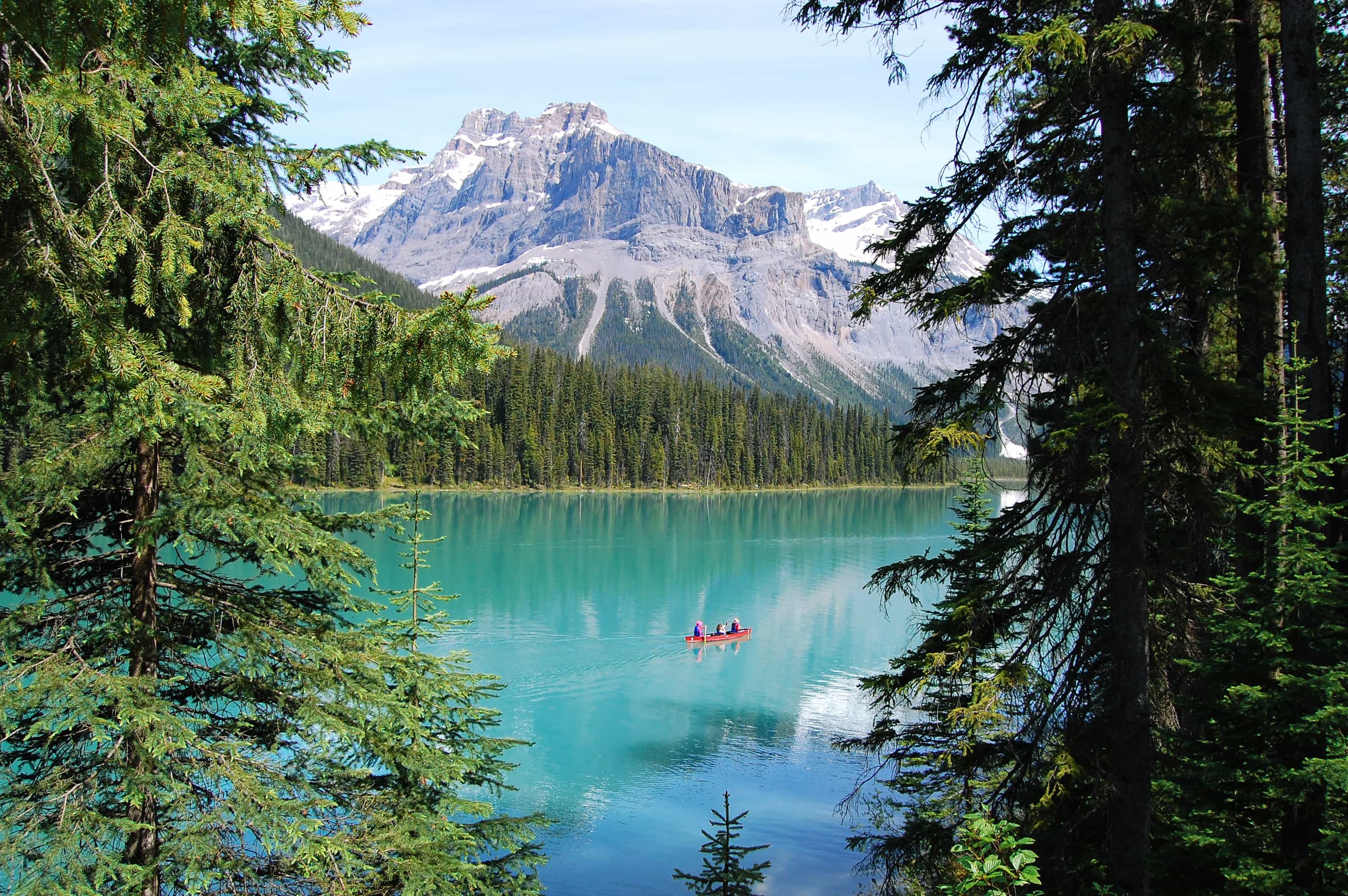 Further east still is Yoho National Park which is very close to the provincial border between British Columbia and Alberta. The name “Yoho” comes from a Cree expression of awe and wonder. As you explore this park in the Rocky Mountains with its waterfalls, dizzying peaks and incredible rock walls you’ll see exactly why!

The park is also a UNESCO World Heritage Site and whilst it doesn’t have the recognition of Banff & Jasper, it’s worth extending your visit to include Yoho.

Best things to do in Yoho National Park

Discover Takakkaw Falls via the Yoho Valley, go on a guided hike to the Burgess Shale fossils ( book as these tours get full early!). Visit the insta-famous Emerald Lake and take a look at the impressive Wapta Falls. That’s just a few ideas to get you started!

Another UNESCO World Heritage Site as well as one of British Columbia’s National Parks, Kootenay National Park is home to the famous Radium Hot Springs that make the perfect place to relax after a day of outdoor adventure.

Things to do in Kootenay National Park

Spend a night glamping in an oTENTik; a fancy tent that comes with mattresses and room for 6 people. You could take a 90 minute scenic drive through the mountains or hit the trails (as with all the other national parks!). If you opt for a long hike then there’s a soak in Radium hot springs waiting for you! 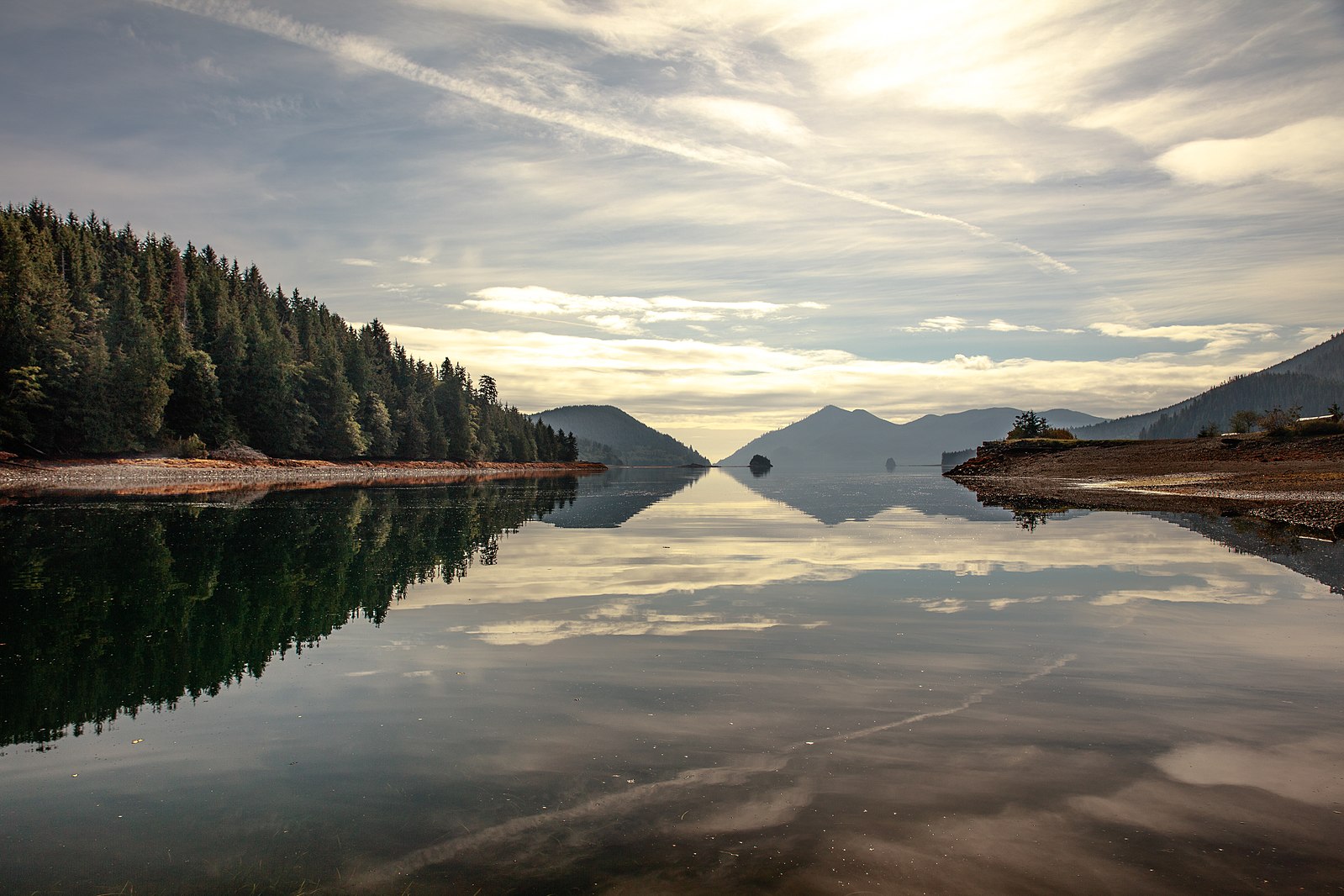 The Gwaii Haanas National Park Reserve is probably one of the most magical National Parks in British Columbia. The park, made up of the Gwaii Haanas island, is in the midst of a lush rainforest. The skies are filled with bald eagles, whilst you’re sure to spot a bear, whales, porpoises and sea lions on land and sea. You’ll be blown away by the beauty and remoteness of this part of BC.

Visiting also gives you a chance to learn about the Haïda culture.

Things to do in Gwaii Haanas National Park Reserve

Take things slow and immerse yourself in the natural beauty with some hikes and a few nights camping. Spend another day with the Haida Gwaii Watchmen who will give you a first-hand introduction to Haida culture by sharing their knowledge of the land and sea, their stories, songs, dances and traditional foods.

About 1,500 km, either 2 hours flying or 16 hours driving to Prince Rupert, then 7 hours by ferry