Before we started our USA road trip I thought the best way to see the Everglades National Park, Florida was to take one of the airboats in the Everglades. However, when I started researching companies to do this with I quickly went off the idea. Instead, we opted to plan our own, self-guided tour of the Everglades that involved driving through the Everglades and stopping off where we wanted. I truly believe it’s the best Everglades tour you can do and this post will show you exactly how to do it! 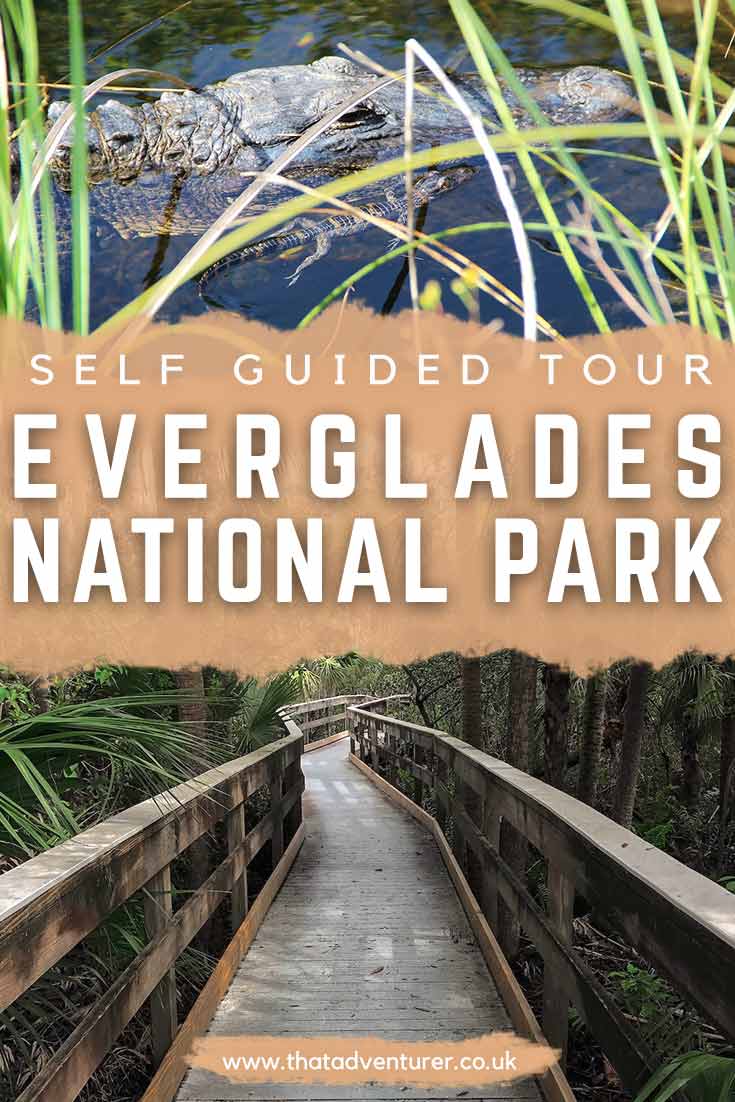 Are you wondering just “what are the Everglades?” You’ve probably heard of them but aren’t quite sure what they look like in practice. Well, the Everglades is a huge area of land in south Florida. In fact, it’s the third-largest park in the US just behind Death Valley and Yellowstone.

Where are the Everglades located?

We drove to the Everglades from the small town of Naples in southwestern Florida and stopped at the Shark Valley visitors centre.

The dry season in the Everglades lasts from November to March and wet season from April to November.

We visited towards the very end of dry season and noticed that a lot of the pools were dried up. The dry season is considered to be the busy season because of the warm winters. During these months you’ll see the largest variety of wading birds and their predators as the animals tend to congregate in the small pools of water that remain. This creates prime animal watching spots for you!

In the wet season, there are a lot more bugs and the National Park doesn’t run its ranger programmes.

For these reasons I’d recommend visiting during dry season where you can make the most of ranger programmes and are more likely to see a wider variety of wildlife.

We did our driving tour of the Everglades early in the morning when the temperatures were cooler, the wildlife was out before it retreats to sleep during the day, and there were fewer people about too.

To enter the Everglades National Park costs $30 per vehicle and lasts for 7 days. Pedestrians and cyclists cost $15. You can buy your pass online or at one of the Entrance stations in Homestead and Shark Valley.

However, the best deal especially if you’re visiting several American National Parks or are doing a USA road trip, is to get the America is Beautiful National Parks Pass for just $80. This lasts a year and will save you so much money on a road trip!

Getting to the Everglades National Park from Miami

Why not to take airboat rides in the Everglades

Originally I’d planned on going boating in the Everglades and taking an Everglades National Park airboat tour. But, when I started looking into them and reading reviews I very quickly went off the idea.

I read a lot about Florida Everglades tours before our trip and time and time again I saw that airboat tours in the Everglades seemed to be far from eco-friendly.

Many of the reviews mentioned that guides fed the alligators and other wildlife sweets and food to attract them closer to the boat. Some said that the boat rides in the Everglades seemed downright dangerous and others mentioned that Everglades National Park boat tour companies tended to have “sanctuaries” attached where animals were kept in tiny cages. I also don’t think holding a baby alligator should be the highlight of a responsible airboat tour in the Everglades.

Sure, it’s up to you at the end of the day but I’d recommend seeking a more eco-friendly tour such as a kayaking tour with Shurr Adventures and Jenny’s Eco Everglades Wilderness Tours or following this self-guided tour of the Everglades itinerary.

Animals from the Everglades 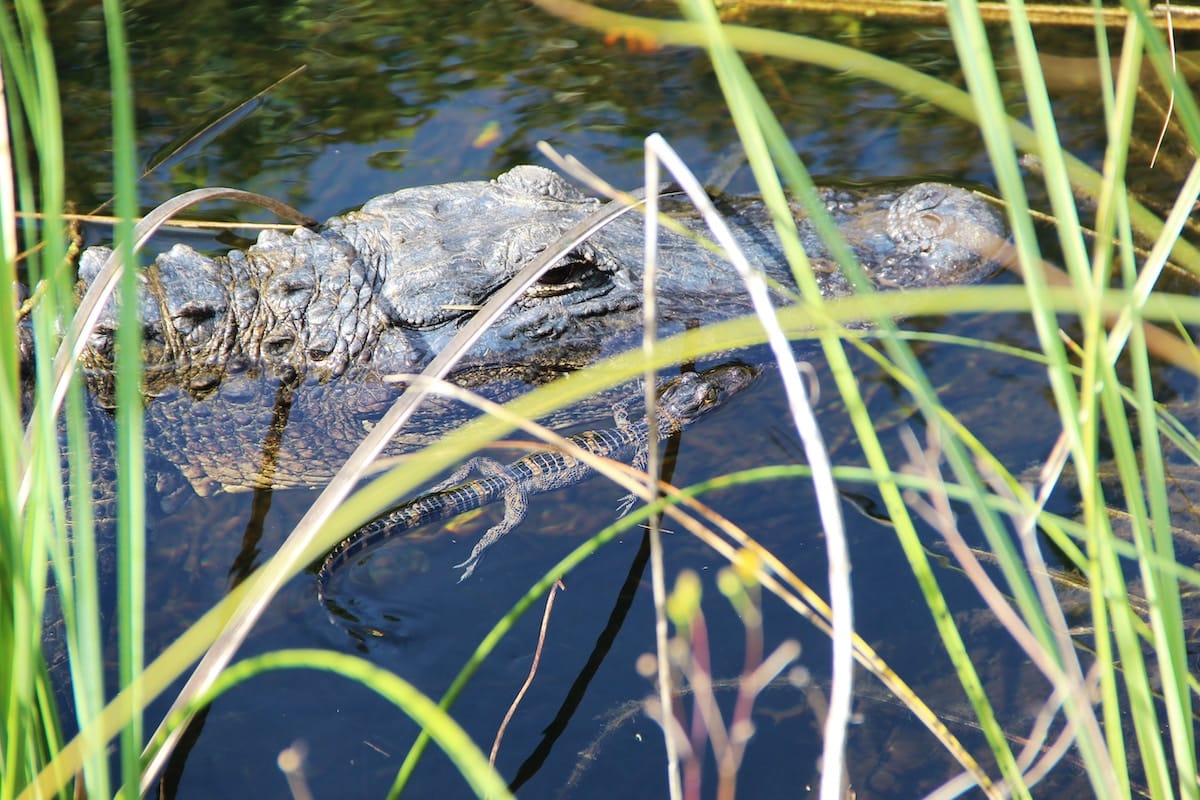 Some more common animals of the Everglades are

Endangered species of the Everglades

Birds of the Everglades

Where to stay in the Everglades

If you’re coming from Miami then it’s probably worthwhile staying in Miami and travelling out for your Everglades trip.  The following are all west of downtown Miami which makes them closest to Everglades National Park. They’re also budget-friendly and highly rated.

Things to do in the Everglades National Park 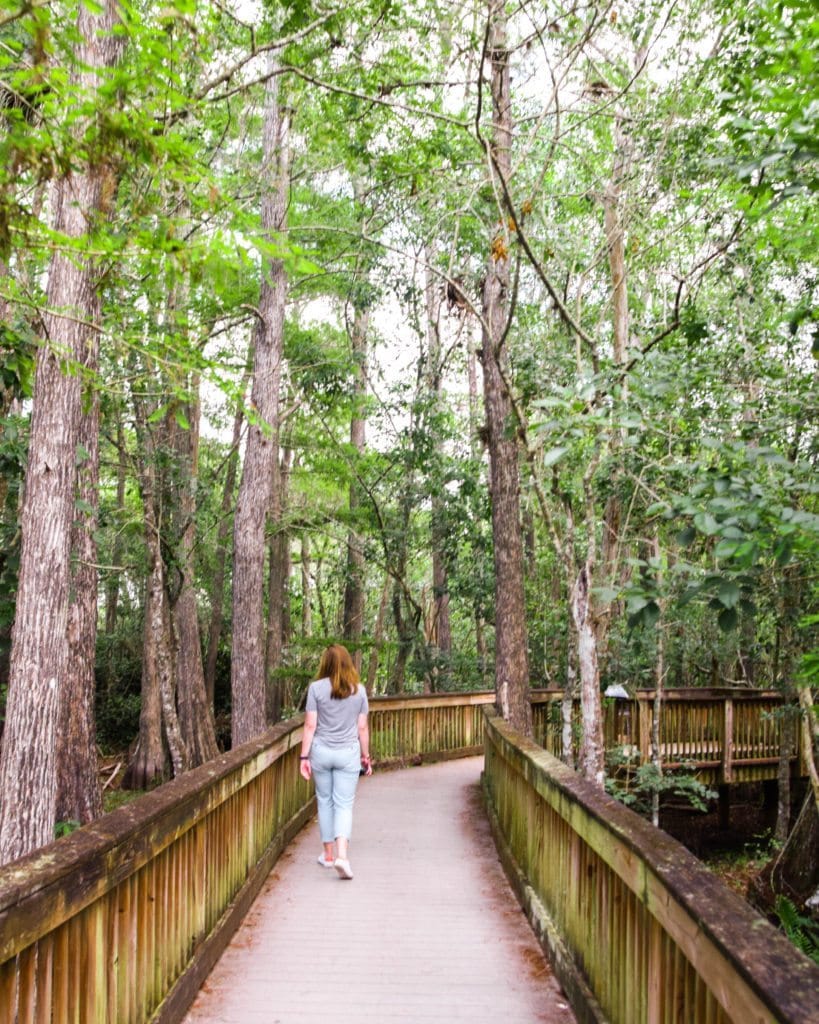 This probably ended up being the best way to see the Everglades as it turned out. We saw so much wildlife on our self guided Everglades tour, could stop when we wanted to and it was free.

If you want to do the same, here is the route we took going from west to east. You could do this self-guided Everglades tour the other way round too, of course, if you’re coming from Miami.

We came from the town of Naples on Florida’s west coast and this was our first (and favourite) stop of the day. We easily could have spent all day watching the wildlife here!

This trail, like many Everglades trails, involves a boardwalk. The boardwalk takes you into the wetlands where you’ll likely see alligators, crocodiles turtles and so many species of birds.

We saw owls, great egrets, alligators and their babies, fish and lizards all within 10 minutes. It was incredible!

Jump out of the car for a quick visit to America’s (and maybe the world’s) smallest post office. This isn’t just a picture opportunity, but actually a fully working post office. Buy a stamp as a reminder of your trip or as a unique souvenir.

Note: The post office closes for a few hours over lunch so go before 11 am, or after 2 pm if you want to pop inside.

I’m adding this to the list as I think if the man behind the idea for this stop is there you’ll have a pretty enjoyable visit. When we visited there wasn’t really anyone on hand to talk about the myth (or truth!) of the Skunk Ape – a kind of swamp version of Big Foot.

It’s worth having a stroll around the shop and flicking through books about Skunk Ape whatever you think.

This is another great place to stop off at during your self guided Everglades tour. It’s right off the road and there’s a short boardwalk along the river which is teeming with alligators.

There are plenty of picnic benches too if you’re feeling hungry!

Another great place to stop is Kirby Storter Roadside Park. The boardwalk here is longer (1 mile) through the Cypress trees towards a small pond where you’ll likely see gators (or at least their tracks!).

If you want to add some culture and history to your Everglades activities, then stop off at Miccosukee Indian Village.

Sure, it’s pretty touristy but you’ll still learn about the Miccosukee tribe (the original inhabitants of these parts). Just skip the alligator show.

A map for your driving tour of the Everglades

Additional things to do in the Florida Everglades

If you’re looking for more Everglades National Park things to do then check out the following ideas for your Everglades vacation. 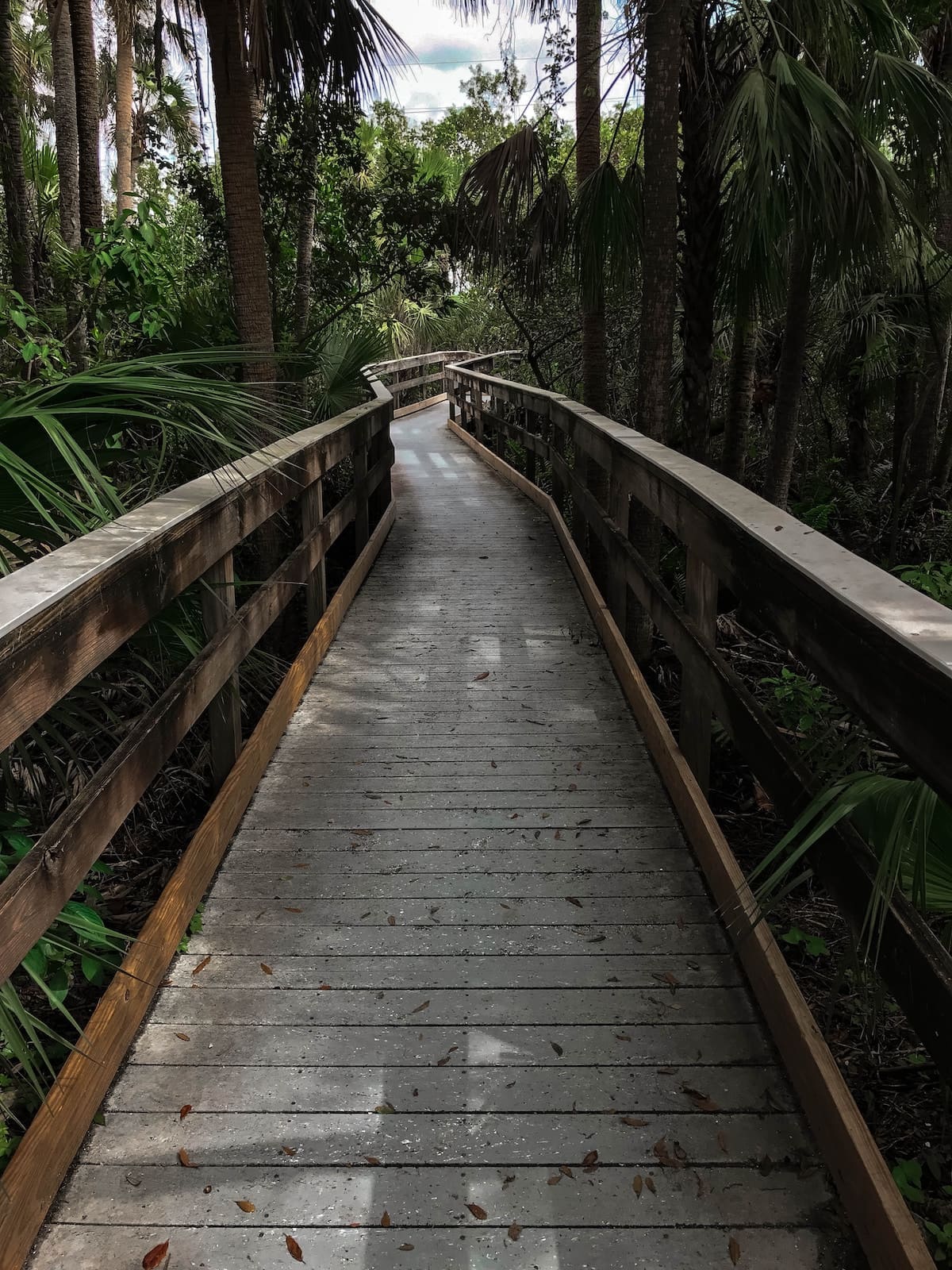 Drive the scenic Loop Road in the Everglades

The scenic Loop Road takes you into some of the more remote areas of the Everglades National Park. It’s not a paved road so bear in mind you’ll probably one a 4×4 or at least a vehicle with high clearance.

You should also take into consideration that the cypress swamp you drive through on the Loop Road is flooded in the summer wet season (May – October).

Other eco tours in the Everglades

Other things to consider when visiting the Everglades

[…] a tour in the Everglades it’s easy, and arguably more fun, to plan a self-guided tour to the Everglades. This gives you the chance to watch the wildlife at your own pace and stop where ever you like […]

We've just got back from Miami and did an Everglades tour without reading up on it first. OMG some of it was awful - there was a show after where a guy handled the alligators who were kept in cages and you could have your photo taken with a baby croc for $3 ... I felt so so uncomfortable about the whole thing but looking round no one else seemed to care. I'll be doing a blog post and will definitely link your article as an alternative others should do!

I'm even more glad I skipped the tour now! I would've felt really awkward too. We were chatting to some people on the trails we walked along and they all seemed super happy they got to stroke a baby crocodile but that's totally not for me. Thanks for sharing it and hope you had a fab time in Miami!