USA road trip routes don’t always include much of the middle of America’s east coast but that doesn’t mean it’s not worth visiting.

If you’re going on a road trip of America’s east coast, then make sure you make time for one (or more) of these top places to visit on the east coast USA. 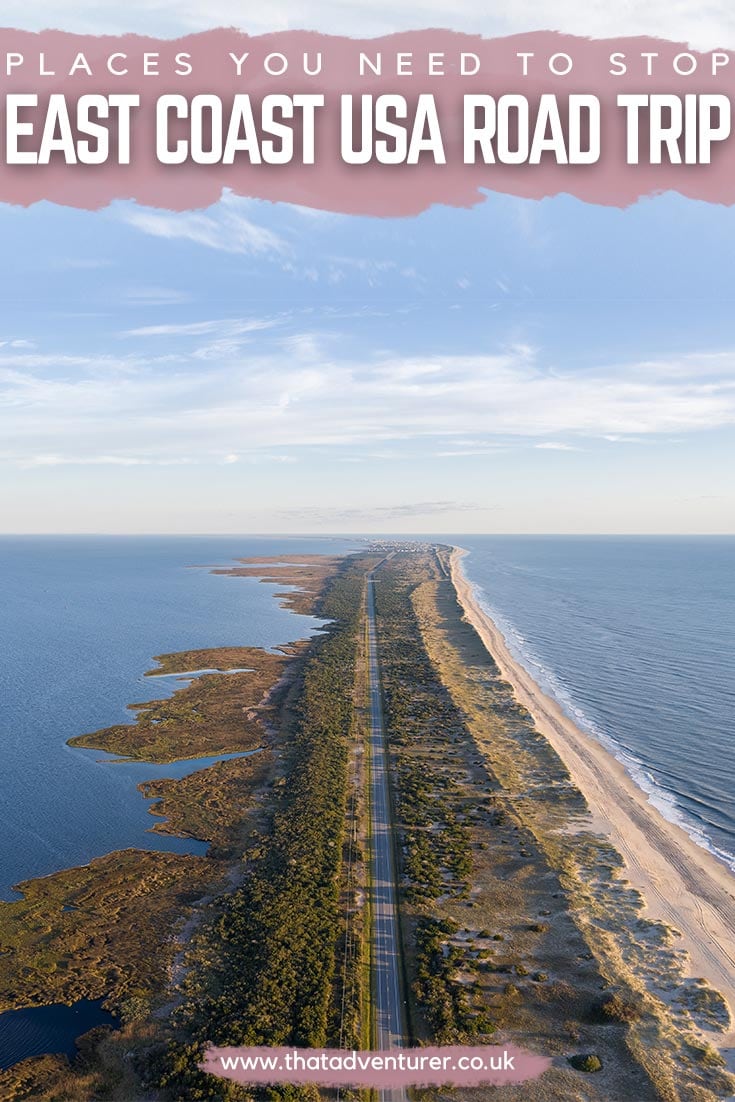 Places to visit when you roadtrip east coast USA

These were some of the highlights of our east USA road trip. There were plenty more (especially on the Florida road trip section) but these are the ones that were most surprising! Add them to your east coast trip of the USA plans.

When we left Canada, we headed east towards New York City. Along the way, we passed through Ithaca which seemed like a very cool little town. Not only is it home to Cornell University, but it’s also got some lovely waterfalls and gorges too. Check out Ithaca Gorge and the Cascadilla Gorge Trail.

We stopped off at GreenStar Coop in Ithaca where I picked up some soup and some chocolate cookies. The cookies were vegan and they were the best, most moist cookies ever. A big hit with both of us and stopping off in Ithaca is worth it just for them (and maybe make time for the gorges too). Sounds strange, I know, but this is one of the lesser known cities in east coast USA I’d recommend checking out.

Yes, Ithaca isn’t exactly on the coast, but if you’re coming down from Canada like we were, then be sure to stop here. 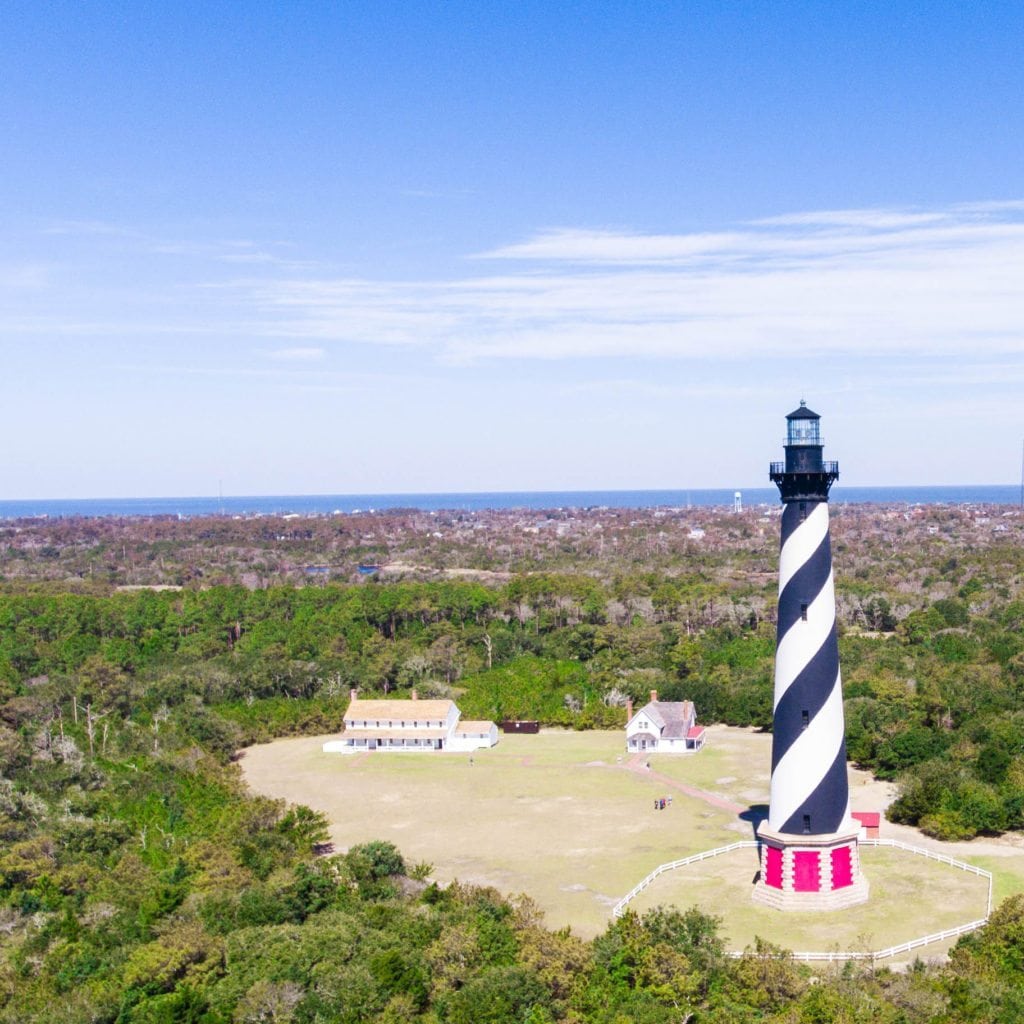 North Carolina was my favourite state on our American east coast road trip. It was just so scenic! You’ve simply got to make it one of the places to visit in east coast USA.

The Outer Banks are a 130-mile stretch of barrier islands just off the coast of North Carolina. They’re made up of quaint towns and sleepy fishing villages and they’re gorgeous. There are several lighthouses along the way too which you can climb (for a small fee) during the summer months. They were closed when we were there, unfortunately!

There are plenty of campsites along the way (again closed in ‘winter’ months) if you’re looking to spend some time in the outdoors.

When you road trip the Outer Banks you’ll also take plenty of ferries as you cross from island to island. They run year-round and vary in cost and frequency. In summer you should book your spot ahead to avoid waiting. 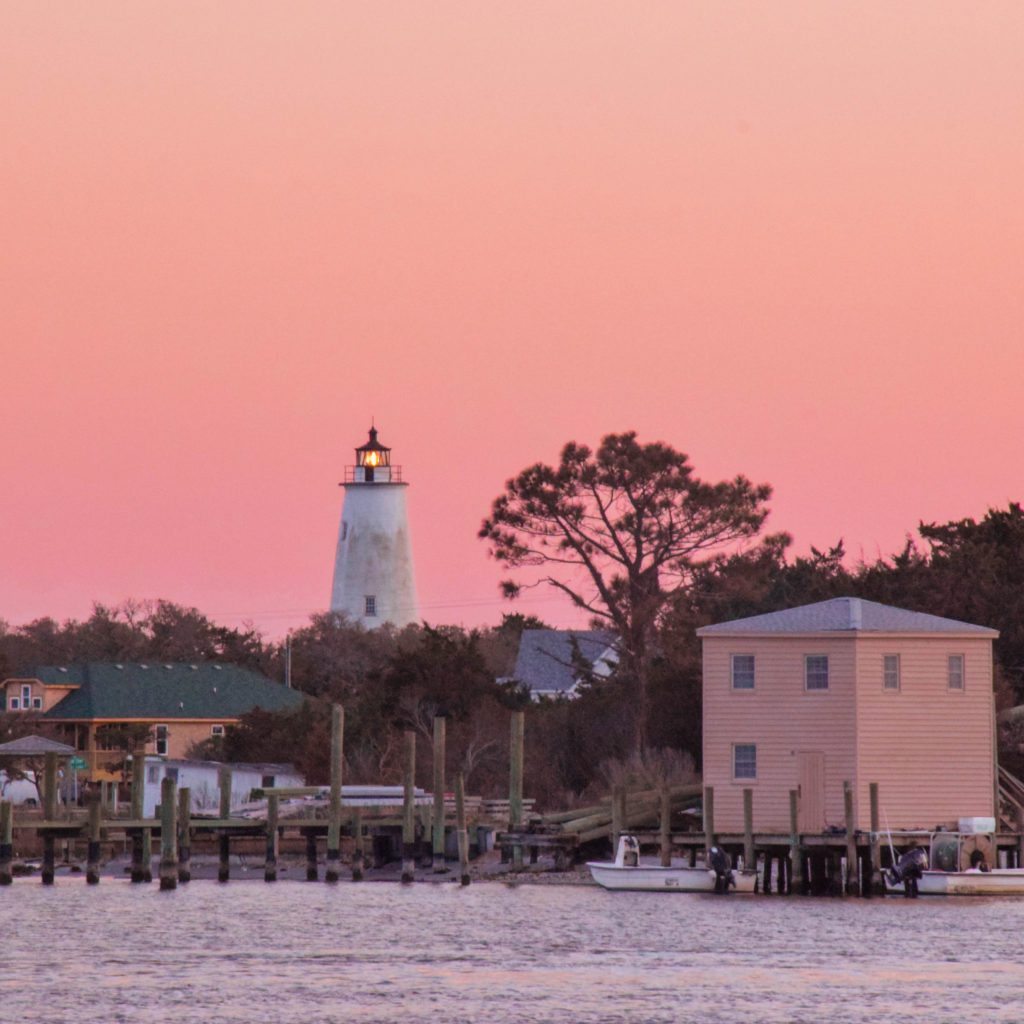 We almost skipped straight on through this island in a rush to catch the next ferry. Luckily for us, the ferry for the day had already left which meant we spent the evening and night on Ocracoke, North Carolina.

The island has a small town which is home to a small lighthouse, beaches and a beautiful port. There are also plenty of bars and restaurants which were celebrating St Patrick’s Day while we were there. Just take a walk around and I’m sure you’ll love it too.

We cooked up some dinner whilst watching the sunset over the port which was pretty spectacular and one of the most memorable evenings on our east coast USA tour.

Not a destination as such but pretty cool nonetheless. The Chesapeake Bay Tunnel-Bridge is, as the name suggests, a combination of tunnels and bridges. They span for about 18 miles and allow ships and cars to pass through without the need for a draw bridge.

If you’re driving north to south, there’s a little area you can stop off at at the south end of the bridge. Here you’ll get a good view of the impressive architecture or the chance to do some fishing if that’s your thing. 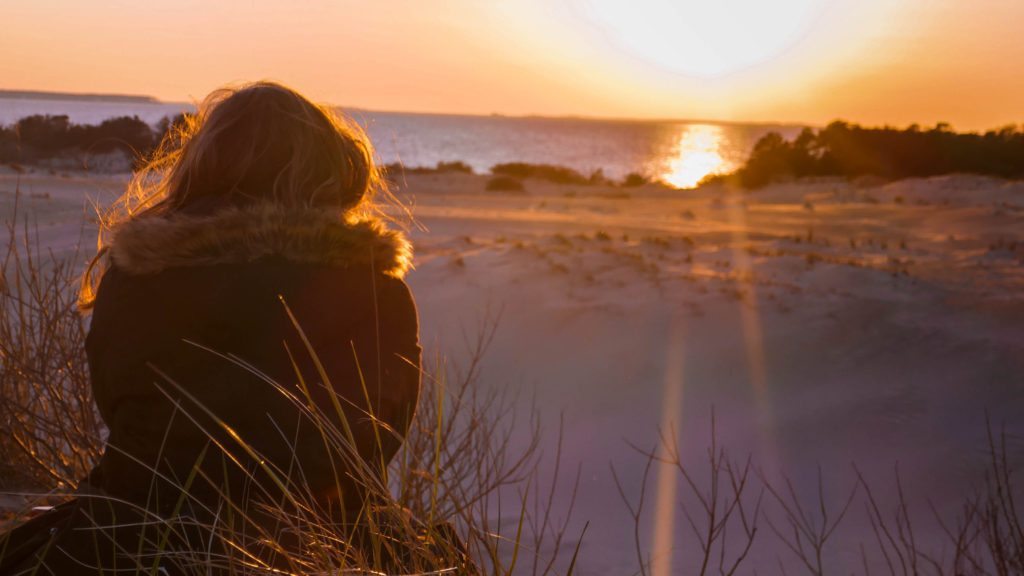 The park is just outside of Kitty Hawk, where the Wright Brother’s Memorial is, but I think the park was the real highlight of the area.

It was free to enter and there were a few picnic spots, so make sure you bring some food you’ll want to stay until closing (8 pm)!

Of course, the fact we had a pretty spectacular sunset helped make this an unforgettable destination.

South of the Border, South Carolina 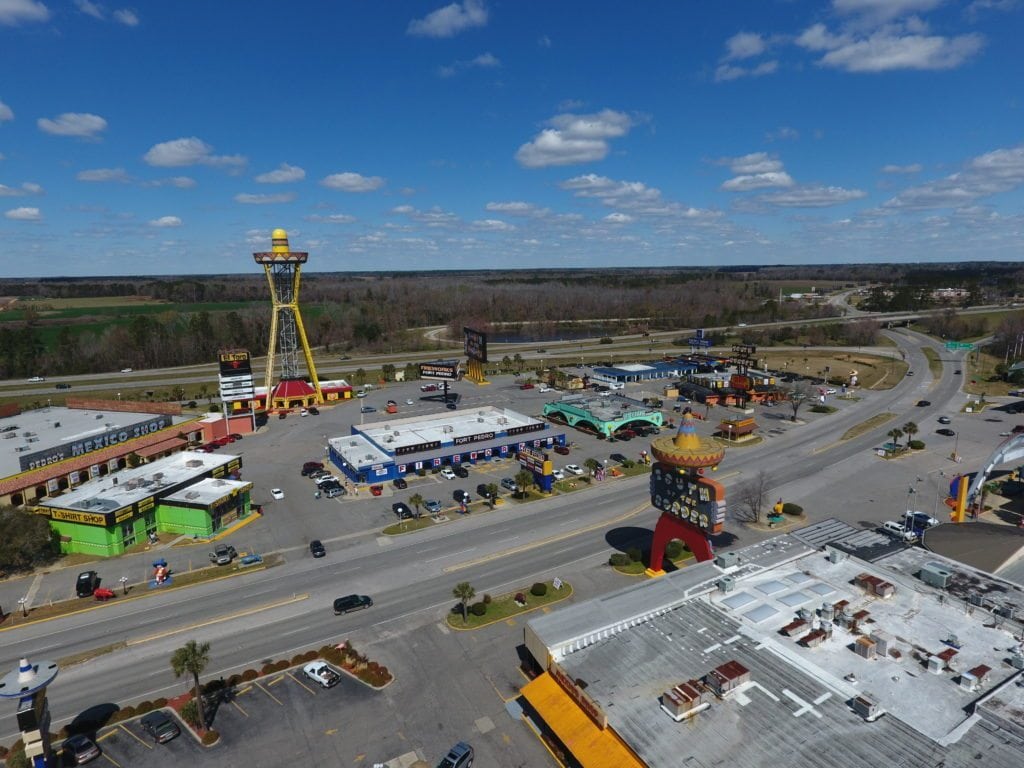 This is something that could (and would) only really happen in America. The funny stores and amusements that have sprung up between these two states in east coast USA are well worth stopping at.

If you visit you’ll find hat shops (with some truly ridiculous hats that we very much enjoyed trying on), souvenirs, a giant statue of Pedro (the area’s mascot), a reptile centre, restaurants and more fireworks than you can imagine.

Sure, you could argue that it’s overrated as it’s basically a glorified service station. But personally I think it’s well worth a visit as you travel down the Atlantic coast of America. 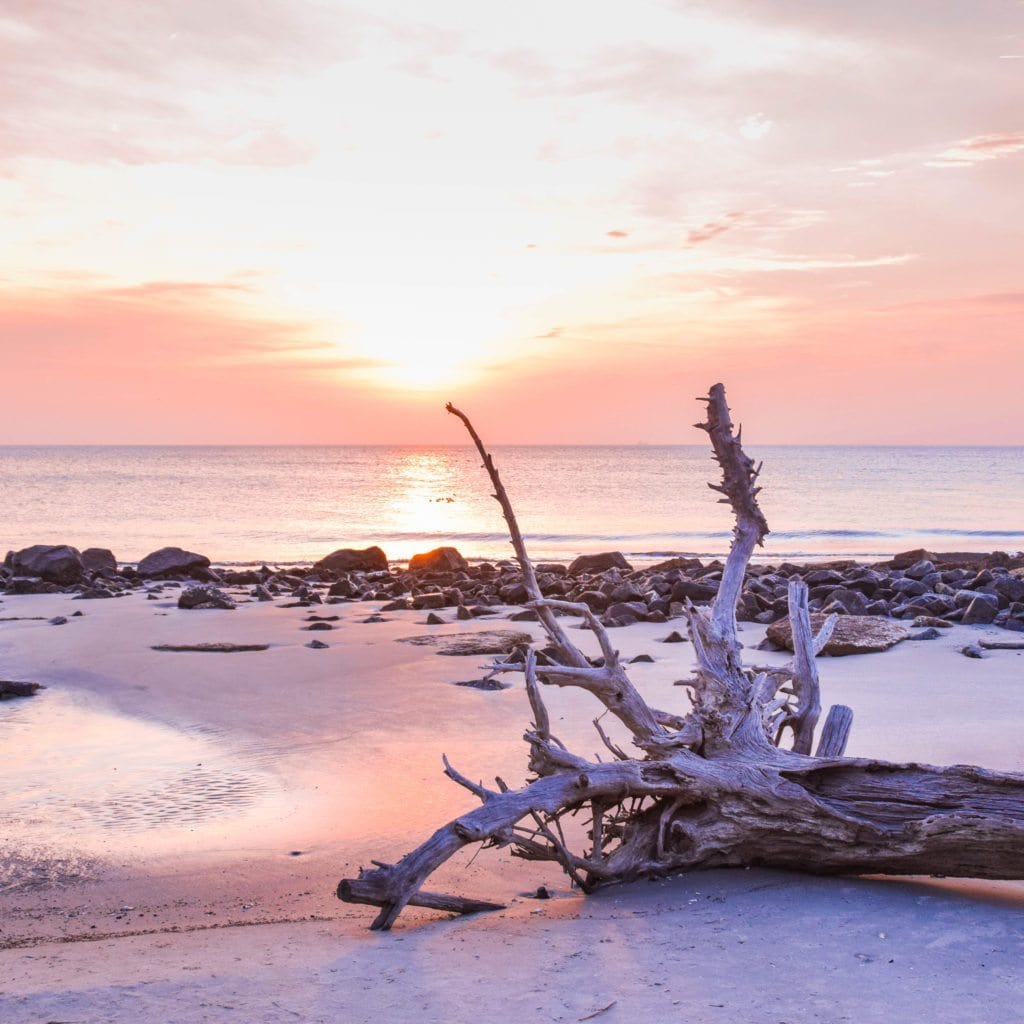 Another of the states in east coast of USA that I didn’t know about was Georgia. Pleasantly, the weather warmed up as we drove into Georgia which meant visiting beaches became enjoyable. We decided to take a trip on to Jekyll Island which, although popular with US visitors, is pretty unknown to others.

Jekyll Island is, amongst other things, home to a turtle reserve which is well worth a visit. The Jekyll Island Sea Turtle Centre is packed full of information about the turtles; their lives and the dangers they face. We even saw them operating on a couple of turtles who had had their shells damaged when hit by boats. Fortunately, our visit to Jekyll Island’s turtle centre coincided with the turtles’ dinner time too.

The centre uses a technique where staff throw food into the turtles tanks when the turtles are looking the opposite way. This way, they say, the turtles are less likely to associate humans with food (as they don’t seem the humans throw it) and maintain their ability to hunt.

Also on Jekyll Island is Driftwood Beach. This beach has often been voted as one of America’s most romantic beaches and it’s definitely one of the best beaches on the east coast USA. The driftwood looks almost alien and the beach is spectacular at sunrise. 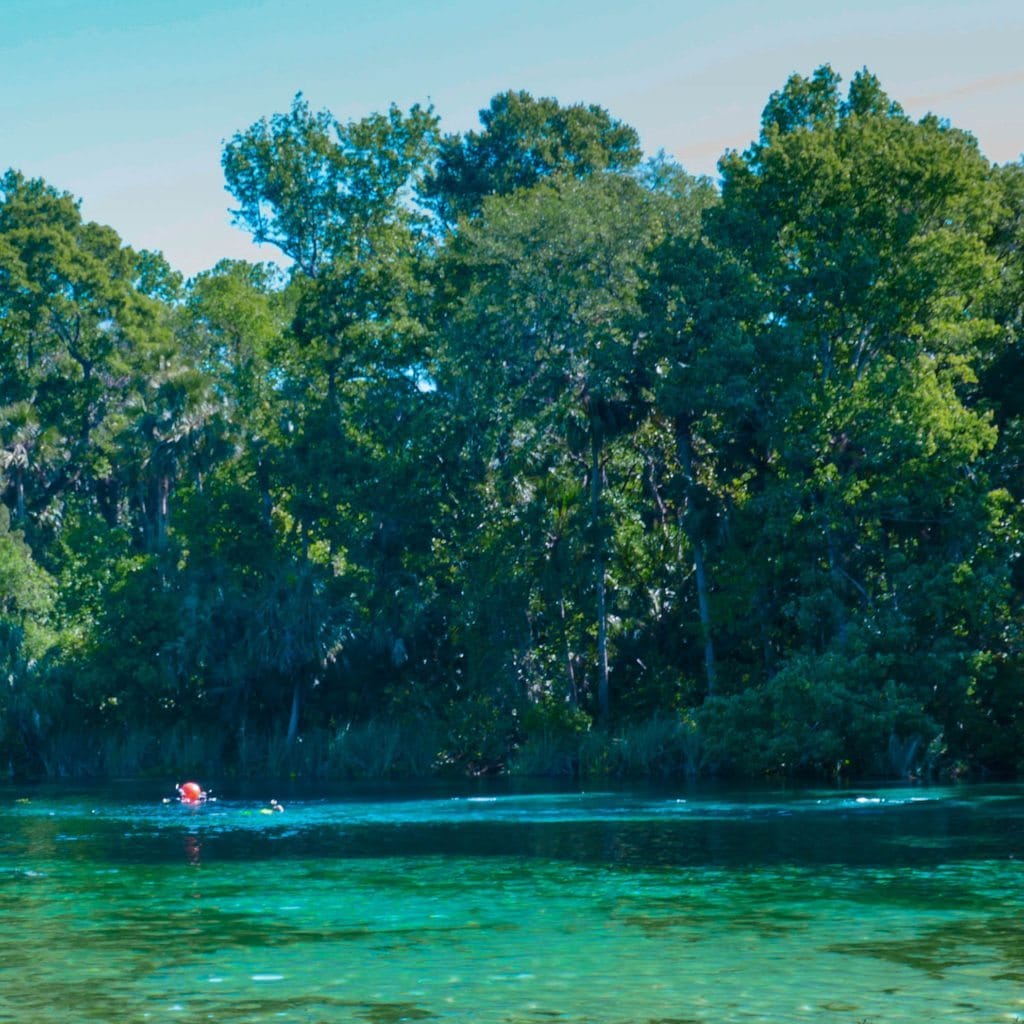 We stumbled across this by accident. I was tired of sleeping in Walmart Carparks and used iOverlander to find some wild camping. We ended up staying in the Ocala National Forest and spent the following morning at Alexander Springs.

This was the clearest water I’ve seen in a long time. There were turtles (and probably some alligators) and plenty of scuba divers who dove down to where (I think) the spring began.

Pack lunch, sun cream and your swimming stuff and get there early to secure a good spot at one of the best places to visit in the east coast of USA.

I’d read about Ichetucknee Springs and was determined to visit while in Florida. Sometimes you can see manatees while you float down the river. We didn’t, but it’s still worth a visit on your American east coast road trip.

The thing to do here is rent a tube (rubber ring) and float down the river. We rented from Ichetucknee Tube Centre; the original place although there are now a few others renting tubes. The cheapest tubes they have are just $5 for the whole day but fancier options are available.

From there, the owner (a woman who appears to have lived there her whole life and will willingly share the history of the place with you), will help you tie your tube to the car and give you directions on how to get to the starting point.

The river is shaded so you’re not in direct sunlight (something we were very glad about given it was 34 degrees when we did this!). You’ll spot turtles, fish, plenty of birds and manatees if you’re lucky!

All this for just $11 a day – less if you’re splitting the park entrance fee ($6) with someone else! It’s got to be one of the best stops if you’re touring east coast USA. 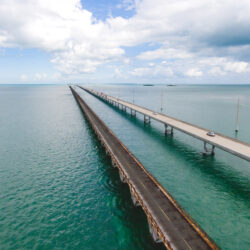 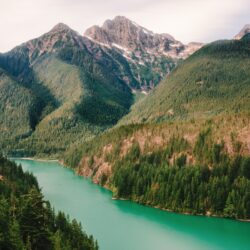 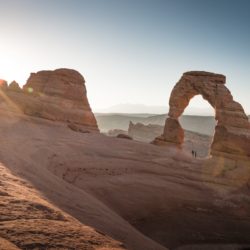 How to visit Arches and Canyonlands National Parks in one day
on November 25, 2018September 9, 2019 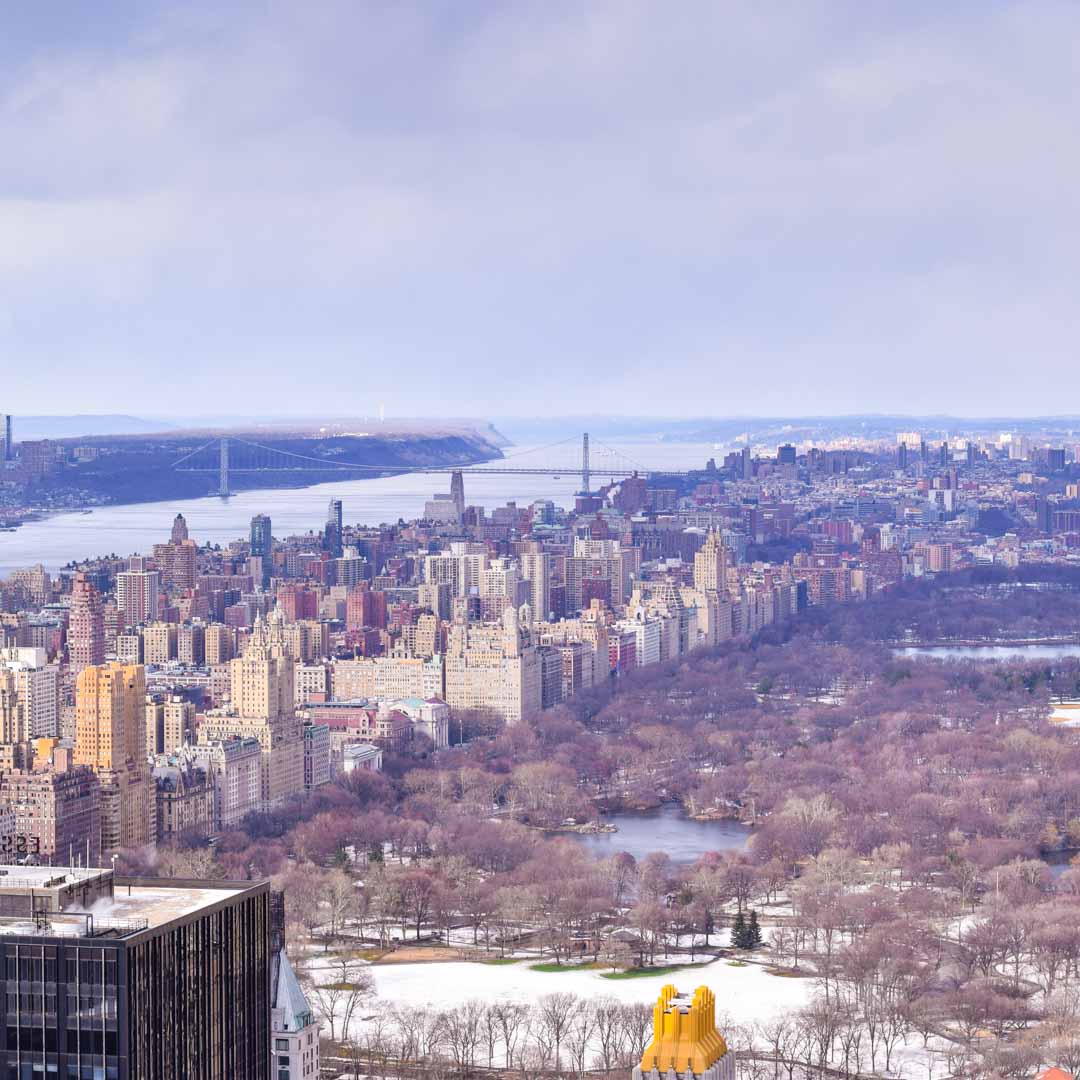 previous post
48 hours in New York City, New York
next post
How to do a self guided Everglades tour 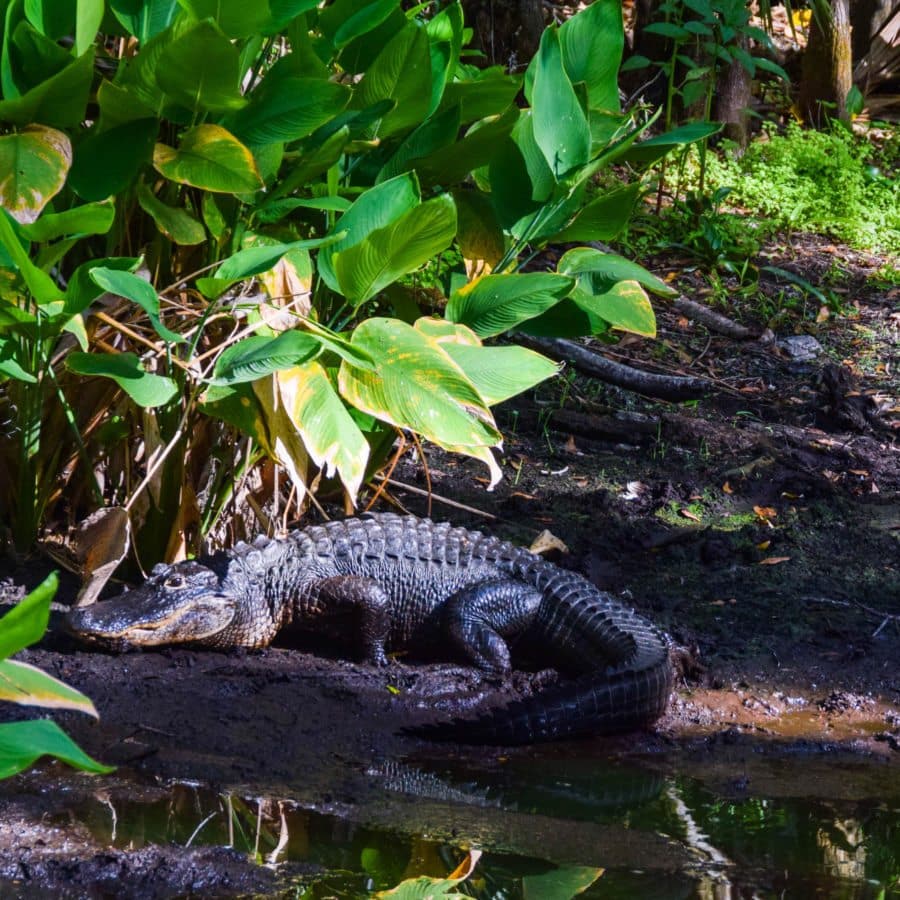