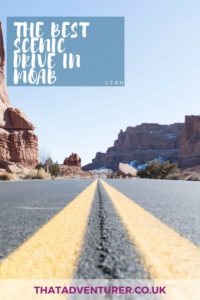 Whilst most people in Moab are probably there to visit Arches National Park or Canyonlands National Park, there’s plenty of beautiful scenery to see around Moab and outside of the National Parks.

There are several different scenic drives in Moab (all well signposted) but one of the best has to be the Upper Colorado Scenic Byway 128 to Cisco.

For days when it’s just too hot to be walking around the National Parks then jump in your car, get on a good road trip playlist and put on that air conditioning as you explore this scenic drive in Moab.

The Upper Colorado Scenic Drive on Byway 128 to Cisco

We started our drive from north to south (therefore starting in Cisco) but you could equally just do this drive from south to north (starting in Moab). If you do this south to north, then just scroll to the bottom of this blog post and work backwards. 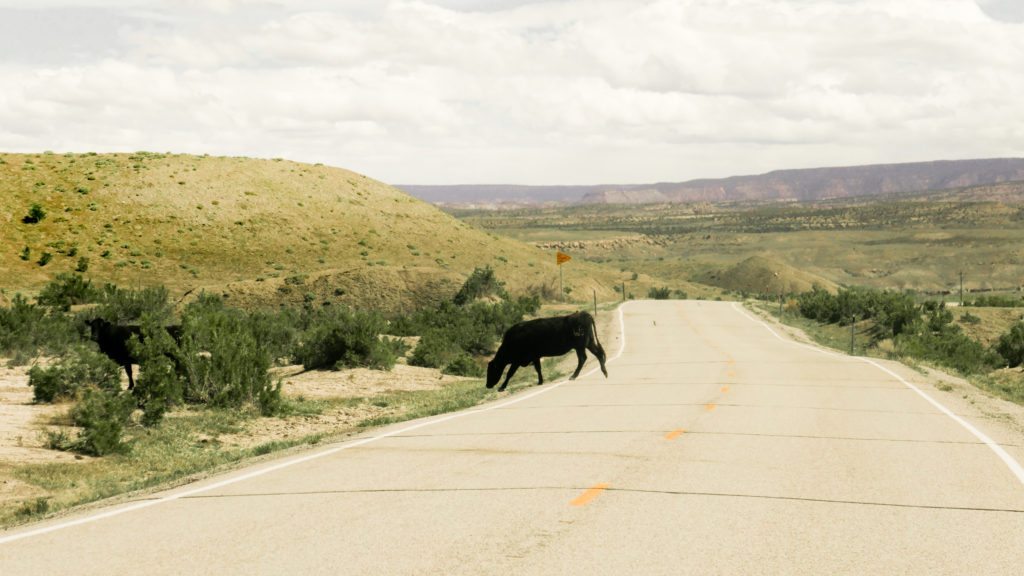 Remember to watch out for cows!

This scenic drive in Moab follows the scenic byway 123 from Moab to Cisco is often referred to as the “River Road” by locals. Why? Well, because it follows a river for most of the way. You’ll find yourselves going from an-almost-ghost-town through a red rock canyon carved out by the Colorado River and then arriving back in Moab.

The ghost town of Cisco 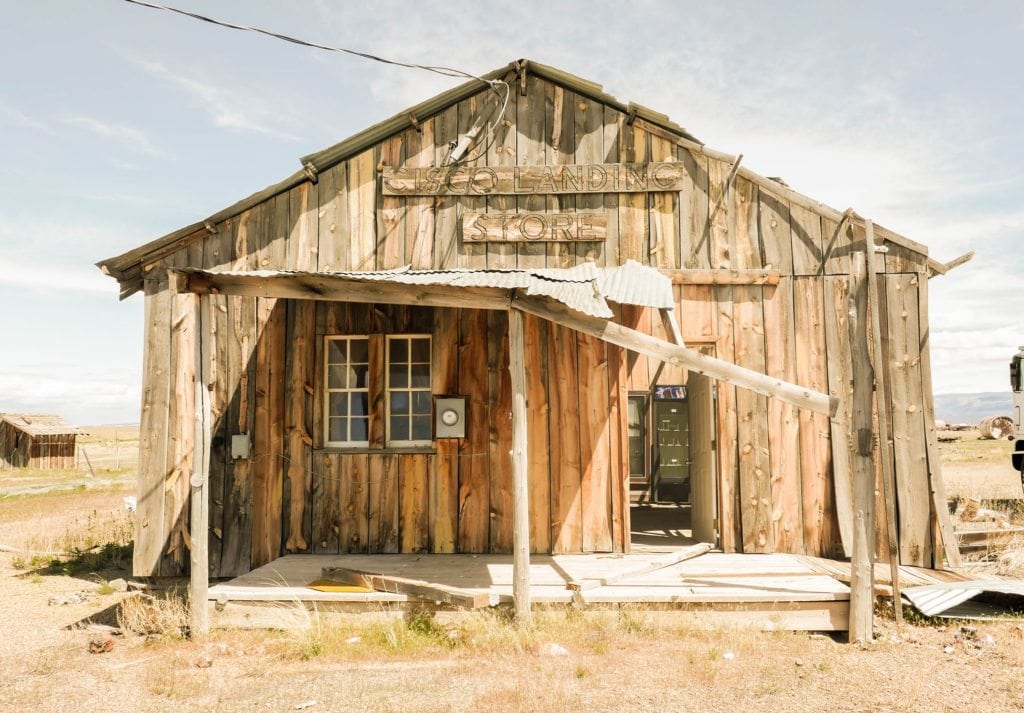 Cisco isn’t 100% a ghost town. In fact, there’s definitely a few people living there as we saw someone working on their car and they didn’t look like a ghost. Still, that doesn’t mean it’s not cool to drive through.
The town was once used as a water refuleing station for the railroad and doesn’t seem to have been abandoned that long ago.

There’s a few cars that don’t look that old, and if you peek in through the windows of what used to be the general store, you can see the old refrigerators. 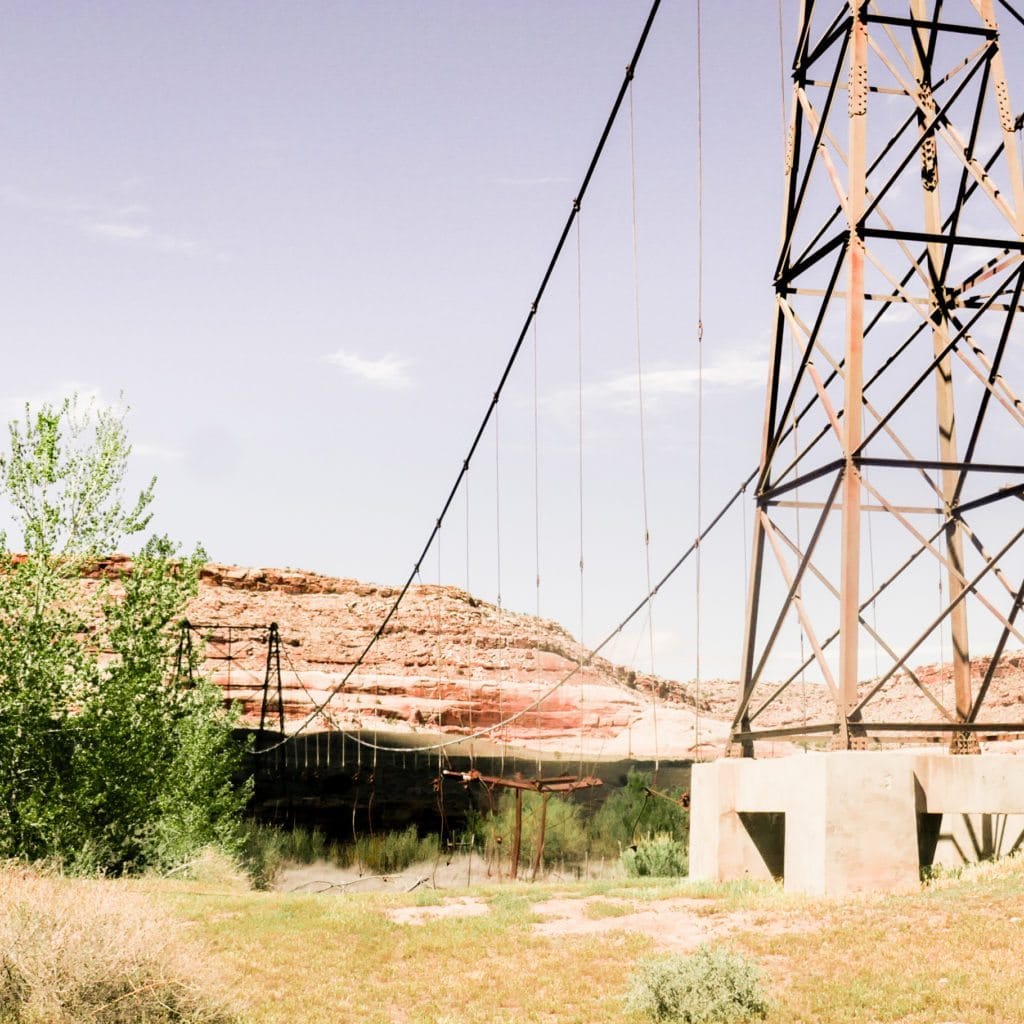 As you head south and get closer to the red rock canyon, you’ll come across a bridge on your left. You might not spot it immediately as its not much of a bridge anymore.

The bridge was originally constructed in 1916 and burned down in 2008 after a brush fire. All that’s left is the steel frame and cable wiring and some placards thanking donors who contributed to refurbishing the bridge in 2000 just 8 years before it was gone forever. 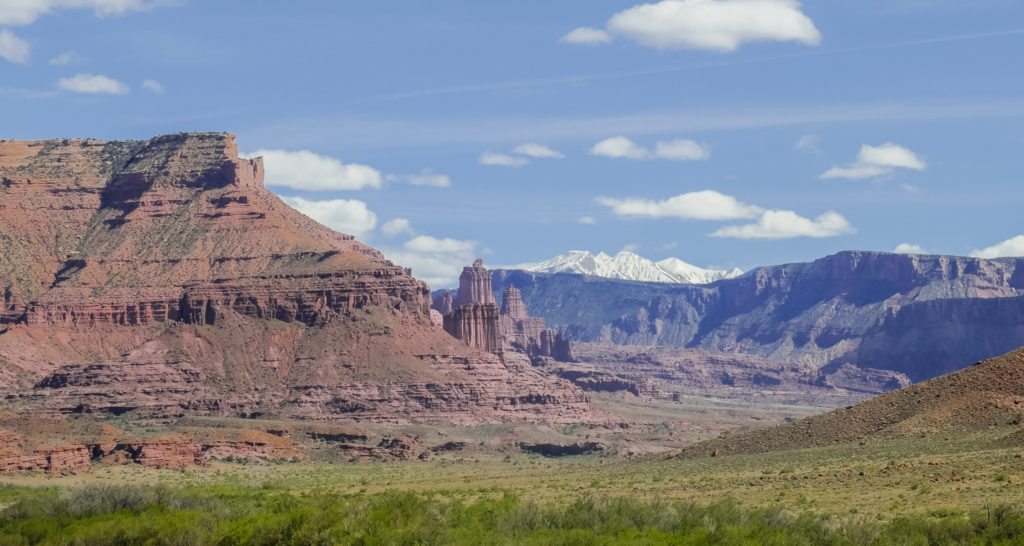 As you drive through the canyon there are plenty of places you can pull over and take in the scenery. As the canyon begins to widen you’ll spot Fisher Towers in the distance to your left.

These massive spires are between 900ft and 400ft tall and are iconic as they’ve been featured in plenty of western films. Even if you’re not a western fan (like me) you’ll find these rocks pretty impressive. There are a variety of hiking tails you can do from here, just look for the signs along the road. 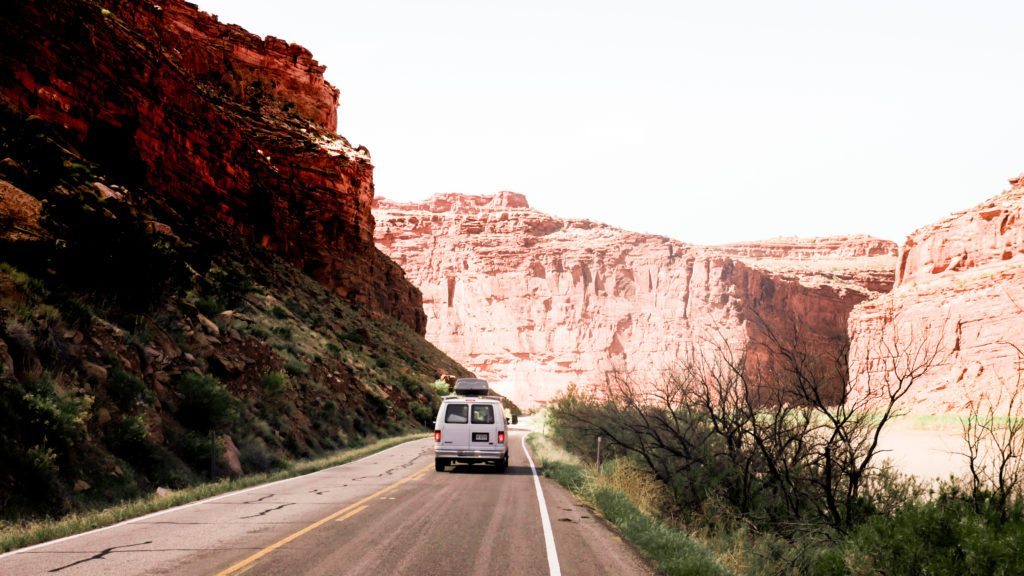 Heading into the canyon

Not long after you’ll arrive in Negro Bill Canyon. If you want to hike then do it from here as the canyon stays quite well shaded throughout the day. There’s a trail from here which leads towards the back of the canyon and about 2 miles in you’ll come across Morning Glory Natural Bridge.

Just as you reach highway 191 and the road south to Moab, you’ll come across Lions Park. Lions Park is a relatively new development and has a big free car park, drinking water and bathroom facilities. Obviously that’s not the main attraction though!

There are miles of boardwalk that has been recently constructed and is ideal for a leisurely stroll or cycle along the river.

Then, once you arrive in Moab make sure to check out my adventurer’s guide to Moab for where to eat, sleep and things to do.