Before we caught the ferry back home we stopped by Cliff Gilker park in Roberts Creek. Not far from Gibson, Cliff Gilker park is the perfect spot for a woodland walk or a short trail run. There are plenty of waterfalls throughout the park as it’s pretty low in elevation so great for all abilities.

I’d highly recommend stopping here on your way to, or from, Gibsons on the Lower Sunshine Coast.

Cliff Gilker is a hiking only park (so no mountain biking). It’s popular with families and photographers and has many well sign-posted, coloured hiking trails. You can combine several of them for a longer walk or run, or just take a short loop. There are over 7km of trails (four different routes) which criss-cross over wooden bridges and cut past waterfalls. The four routes are coloured: yellow, blue, red and green. 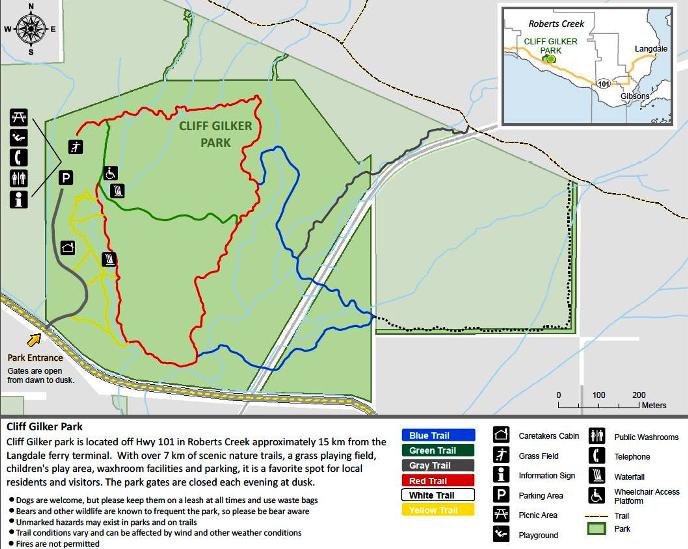 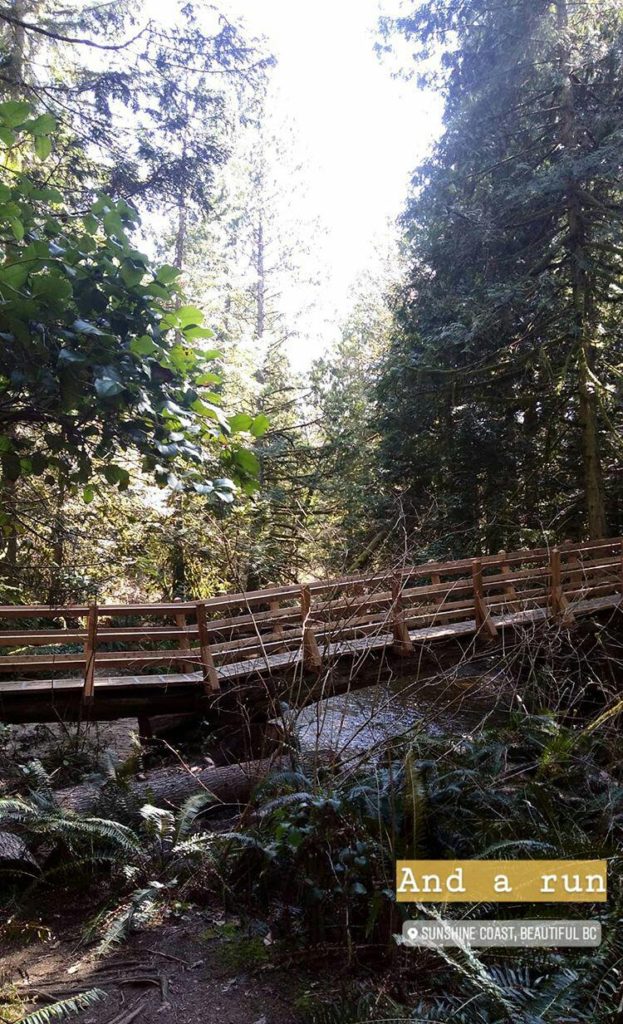 Cliff Gilker park is a good spot for a trail run but it’s probably best to go in the morning or the evening since it gets so busy.

I’d recommend following the yellow route to the left as you enter and then take the green route onto the red. The red route joins up with the blue. Follow the blue as you continue around the park and rejoin the red trail (taking the left fork) as it heads back to the carpark.

Make sure to enjoy the waterfalls and streams as you run past!

How to get to Cliff Gilker Park

Cliff Gilker Park just outside Roberts Creek. From the ferry landing in Gibsons, drive north along Highway 101 for about 14km. Watch out for signs to Cliff Gilker and turn right onto a gravel road.

Other things to do on the Lower Sunshine Coast