Our long weekend trip to BC’s Sunshine Coast was full of hiking and kayaking. The coastline is beautiful and one of the prettiest places we visited was Smuggler Cove Marine Park. We visited early in the morning and came across just a few other people. There were a few sailboats anchored in the cove and it was incredibly peaceful. As we were leaving it’d got much busier so if you’d like to visit I recommend getting up early! 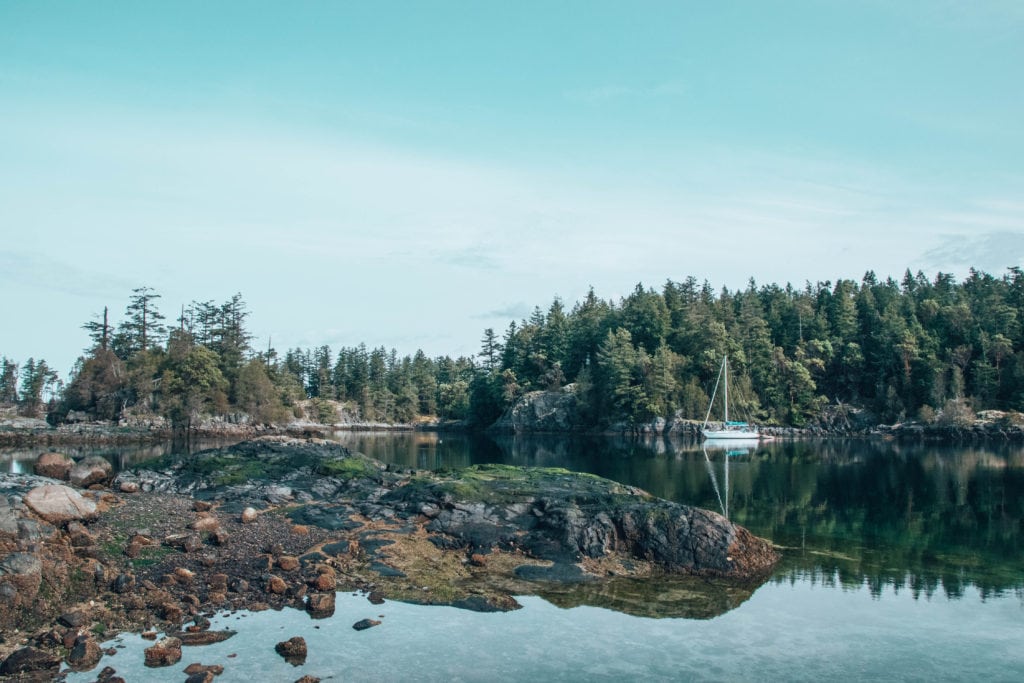 Smuggler Cove is on the south side of the Sechelt Pennsula near to Secret Cove on the Lower Sunshine Coast. It’s a beautiful 185 hectare park and is super peaceful if you go early and a bit off-season (otherwise expect to come across lots of people on the trail!).

Smuggler Cove was once used during the prohibition period to hide alcohol from the authorities as they sailed it south to the US. 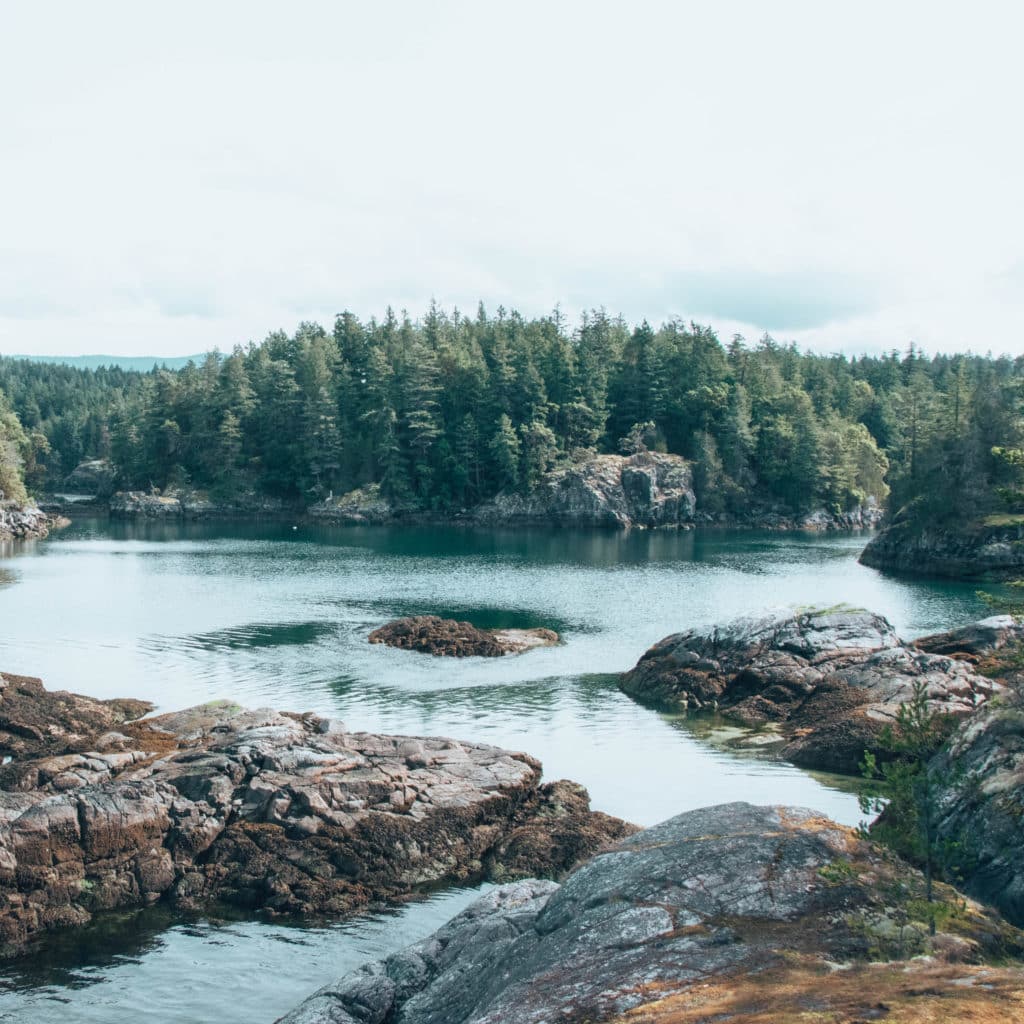 Smuggler Cove Marine Park has a 4km trail that’s well signposted and easy to follow. Simply start in the small parking area. You’ll spot a sign to the right of the car park which heads into the forest. Soon you’ll come out at a wooden boardwalk with takes you over a marshy area.

You’ll then head towards the left and come to a gravel trail. From here there’s a second bridge and then another boardwalk. 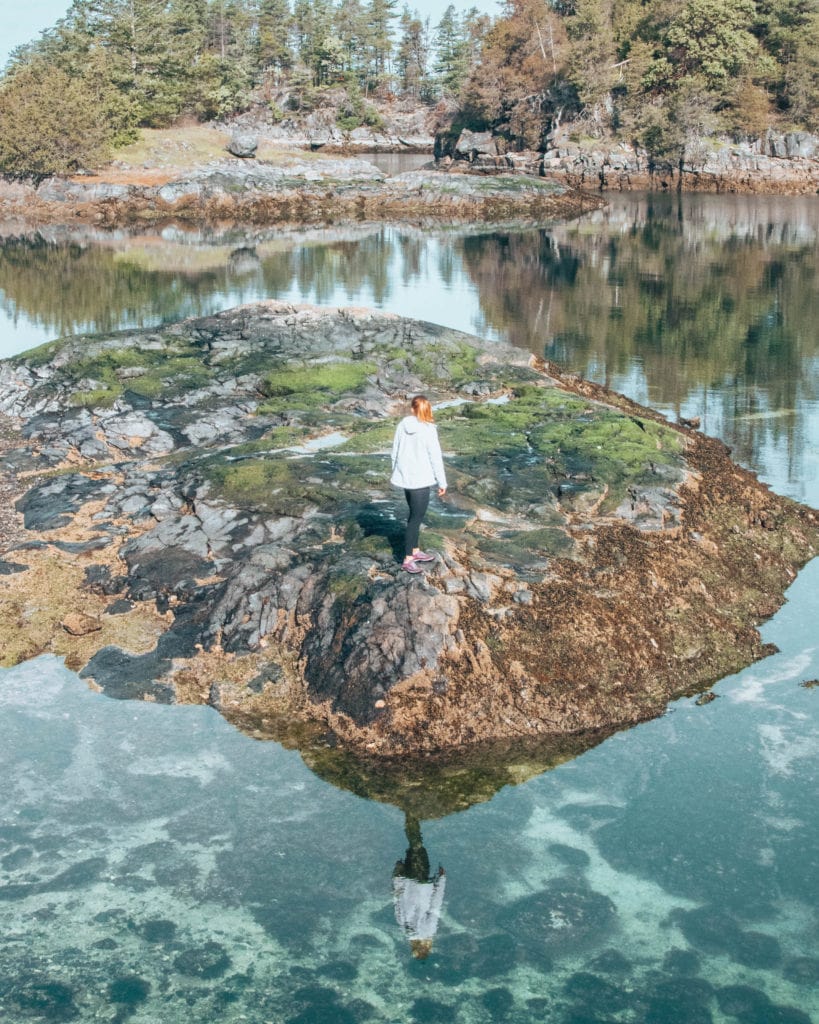 Continue along the trail as you head through the forest and come to a junction. Turning left here takes you up to a viewpoint that looks over to Grant Island. Follow the trail back to where you left it and this time head right. This climbs uphill and you’ll be able to see the cove itself.

The path continues uphill and comes out at a rocky entrance to Smugger Cove. From here just follow the path round the park.

There are beautiful views of the Georgia Strait  as well as of Thormanby Island. You’ll come across plenty of boards with history and information on them so pause to read these. Take a break on one of the benches around the park to soak up the morning quiet before returning back to the car park.

How to get to Smuggler Cove 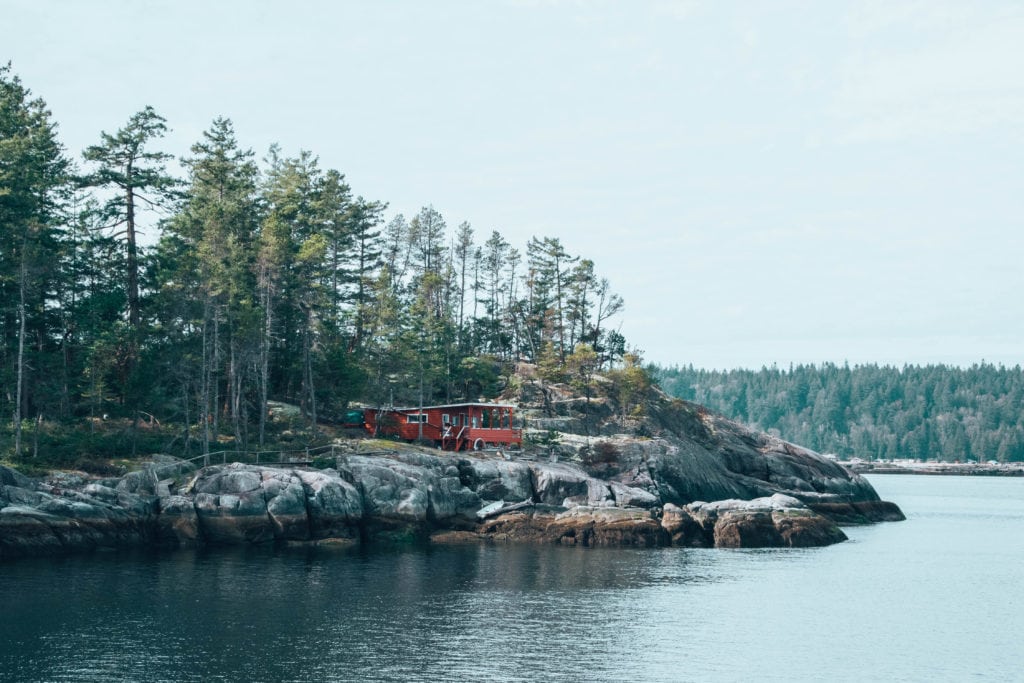 From Vancouver catch the ferry from Horseshoe Bay to Gibsons. Then follow the Sunshine Coast Highway for 42km and turn left at Brooks Road. It’s signposted and easy to find!

Other posts about the Sunshine Coast

I've never been in Smuggler Cove. The place looks fantastic!

It sure is beautiful!